Sirius is the brightest star of the night sky: its luminosity is greater than the Sun's luminosity by 22 times. Therefore, it is no coincidence that the educational center for gifted children in Sochi – for rising stars of science, culture, and sport – is named "Sirius". 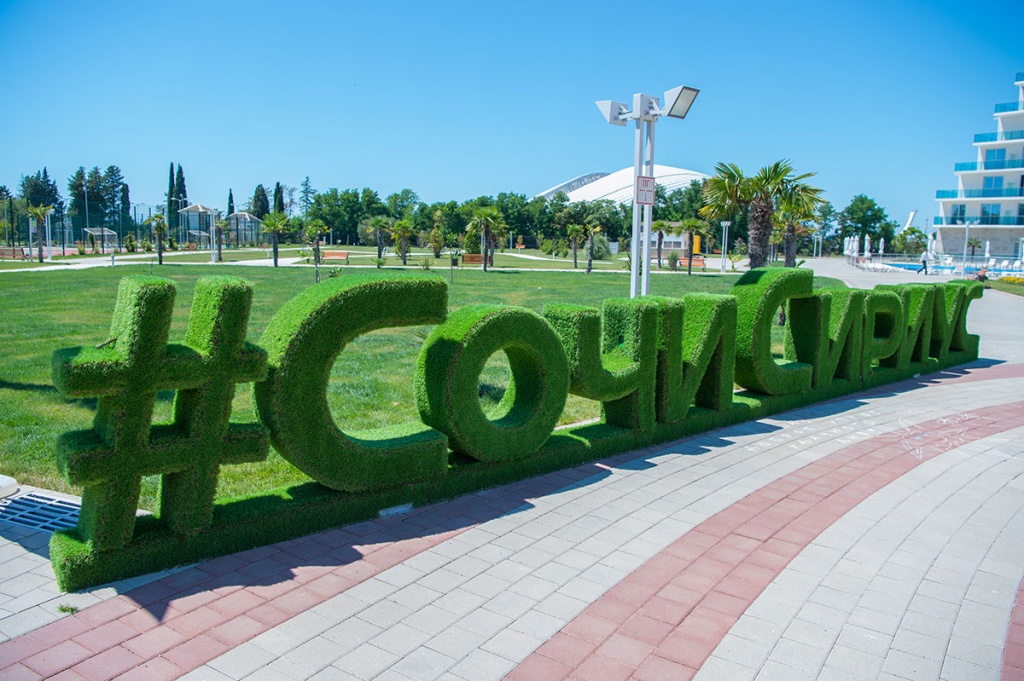 The center, established at the initiative of President of RF V.V. PUTIN for the purpose of discovering and supporting gifted children, was visited by a delegation from Peter the Great St. Petersburg Polytechnic University, headed by corresponding member of RAS, presidium member of the Presidential Council for Economic Modernization and Innovative Development, Rector of SPbPU A.I. RUDSKOY. 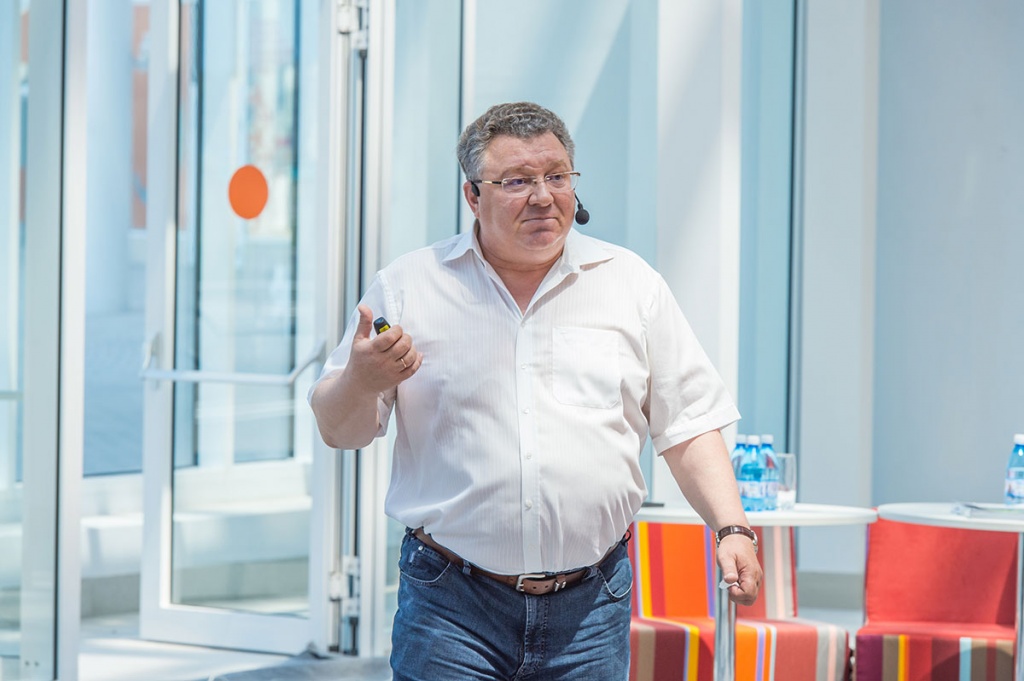 Right now, the 13th session is in progress at "Sirius": every month, during a year already, the center hosts 600 talented schoolchildren from different regions of Russia. In the opinion of the head of our state V.V. PUTIN, ""Sirius" should become a key partner in the nationwide system of supporting talented and active children, should be an example for all regions, should set modern standards for schools with special profiles." 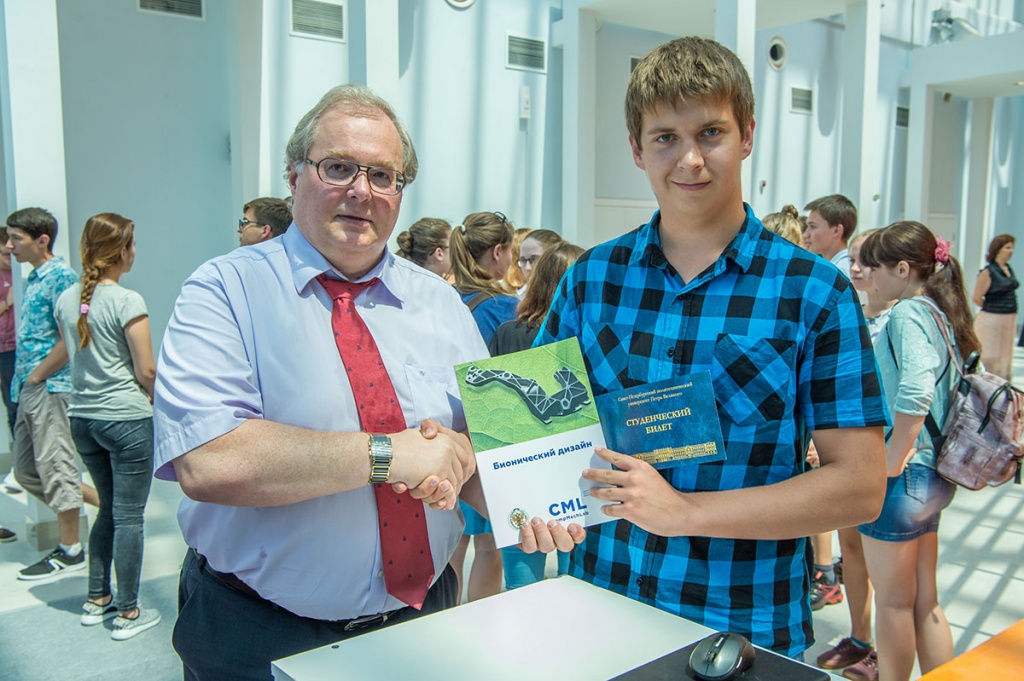 Work with gifted schoolchildren of 10-17 years old is in hand in three fields: science, art, and sports because their synthesis stimulates personal creative development. Within educational programs, the children are given lectures by leading scientists, representatives of the RF Government, Russian higher school, industry, and other prominent people. These lectures are available on the official web-site of the educational center in the form of online-translations.

So, on July 15, Rector of SPbPU A.I. RUDSKOY and Vice-Rector for Innovative Projects A.I. BOROVKOV gave lectures to 300 gifted schoolchildren of the July session in the "Science" field. 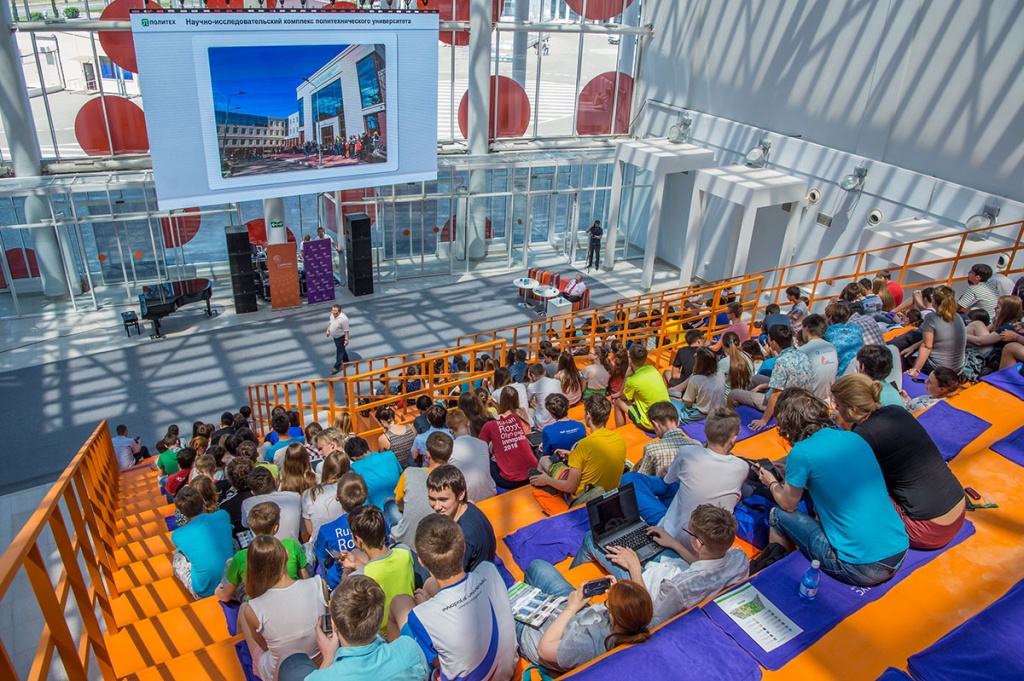 The rector's lecture "Creating Russian Engineering Special Forces Is the Historical Mission of Peter the Great St. Petersburg Polytechnic University" was devoted to the contribution of polytechnics to the domestic and the world’s science. Andrey Ivanovich told the children about prominent graduates and professors of the university such as A.F. Ioffe, M.A. Shatelen, Nobel laureates in Physics, of whom Polytech is proud, P.L. Kapitsa, N.N. Semenov, and Z.I. Alferov. It is a great honor for Polytech that Zhores Ivanovich is a professor of the SPbPU Institute of Physics, Nanptechnology, and Telecommunications.

The talk on the National Technology Initiative was continued by Vice-Rector for Innovative Projects, co-head of the NTI working party TechNet (Advanced Manufacturing Technologies) A.I. BOROVKOV. In the lecture "Digital Economy of the Future. Factories. Competencies of the Future" Alexey Ivanovich told the children about the National Technology Initiative itself and the participation of the Polytechnic University in it.

"Now we are talking not only about combining physical world with digital one, which is clear, but in the nearest future with biological world. As a result, more complicated scientific and technological tasks – new challenges – will emerge," - says Vice-Rector for Innovative Projects of SPbPU A.I. BOROVKOV, - "Thus, the purpose of NTI is to make Russia in 20 years take rightful place in world markets. So that in Russia new advanced technology is created, developed, and effectively applied; modern training of specialists with competencies of international standards is implemented and, of course, a certain educational system is present."

Then, Prof. A.I. Borovkov showed specific examples of the projects that are currently implemented by the Computer Engineering Center (CompMechLab) for the benefit of various industry branches. Alexey Ivanovich also talked about how the integration of bachelors and masters of SPbPU into real projects is maintained on the example of the most highly competitive and dynamically developing branch of the world economy – car industry.

Within the visit to "Sirius", an agreement on cooperation with the Center was signed, the supervisor of which on the part of the Polytechnic University is Vice-Rector for Academic Affairs E.M. RAZINKINA. "We determined the main fields of interaction, such as developing educational programs and modules, constantly giving open lectures by the leading professors of the university, creating subjects for project work, attracting the best students of Polytech as leaders," – commented Elena Mikhailovna. Another form of cooperation between the university and the education center is establishing a public display area in the Park of Science and Art "Sirius".

The purpose of the "Sirius" Center is early discovering, developing, and further professional support for gifted children, who showed prominent capabilities in science, art, sports, and also who reached success in technical creativity. The Center opened educational programs for gifted schoolchildren in these very fields. The training is done by the leading teachers of physico-mathematical, chemical-biological, and sports schools, and also prominent figures of the Russian culture and art. The educational programs (sessions) are planned for 24 days and include both, classes for occupation and leisure activities, and during a school year – general educational development.