Polytech and Mendeleev Institute of Metrology signed a cooperation agreement

On April 6th a cooperation agreement was achieved between Peter the Great St. Petersburg Polytechnic University and All-Russia D.I. Mendeleyev Scientific and Research Institute for Metrology (VNIIMS). The document was signed by rector of SPbPU Mr. A. Rudskoy and president of VNIIMS Mr. K. Gogolinsky. 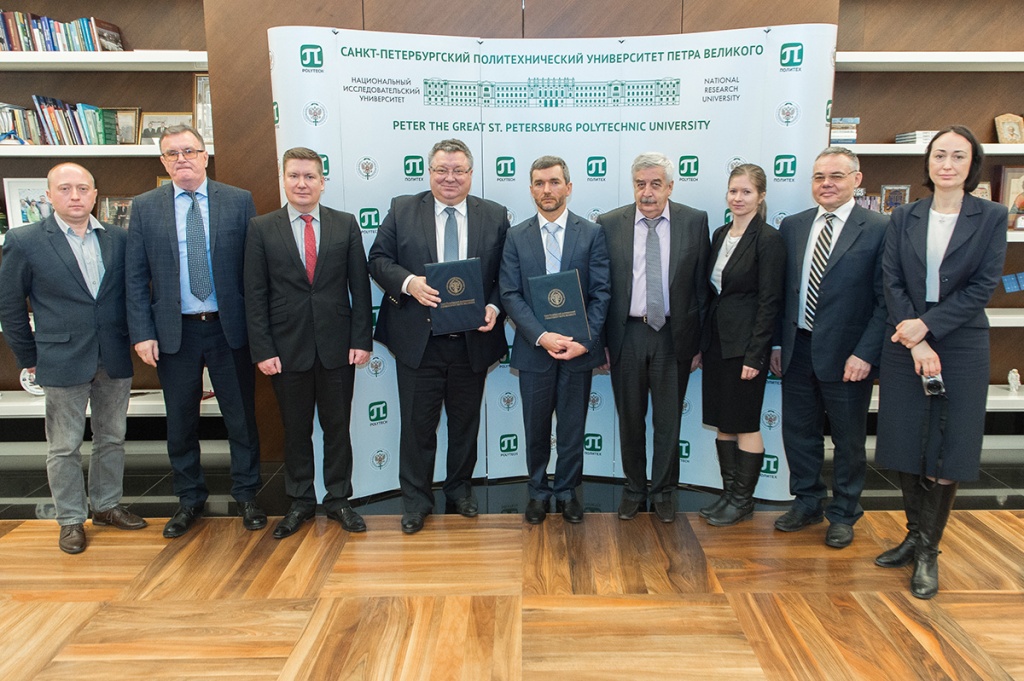 During the meeting Mr. K. Gogolinsky stated that the national system of measurement for any developed country is based on the system of units and national standards from which these units originate. State measurement standards are national property, their condition monitoring defines the level of scientific, technical and cultural progress of the country. Mr. Gogolinsky gave a brief account of the work in which the institute is involved. He started by highlighting the areas of common interest for both our organizations: “We are firmly bound by historical ties and traditions. Dmitry Ivanovich Mendeleev was one of the founders of the Polytechnic University”. This year Mendeleev Institute of Metrology is celebrating its 175th anniversary, it is known to be the leader for fundamental research in the field of metrology and development of the state measurement database. “Currently there are 166 primary standards in the Russian Federation, 54 of which belong to us”, - clarified VNIIMS director. In fact, as many as 54 primary standards and 59 secondary standards were created and are being implemented and improved here. They are complex measurement systems with utmost precision. Besides, VNIIMS preserves four out of seven standards of the International System of Units (Si) – meter, kilogram, ampere, kelvin. 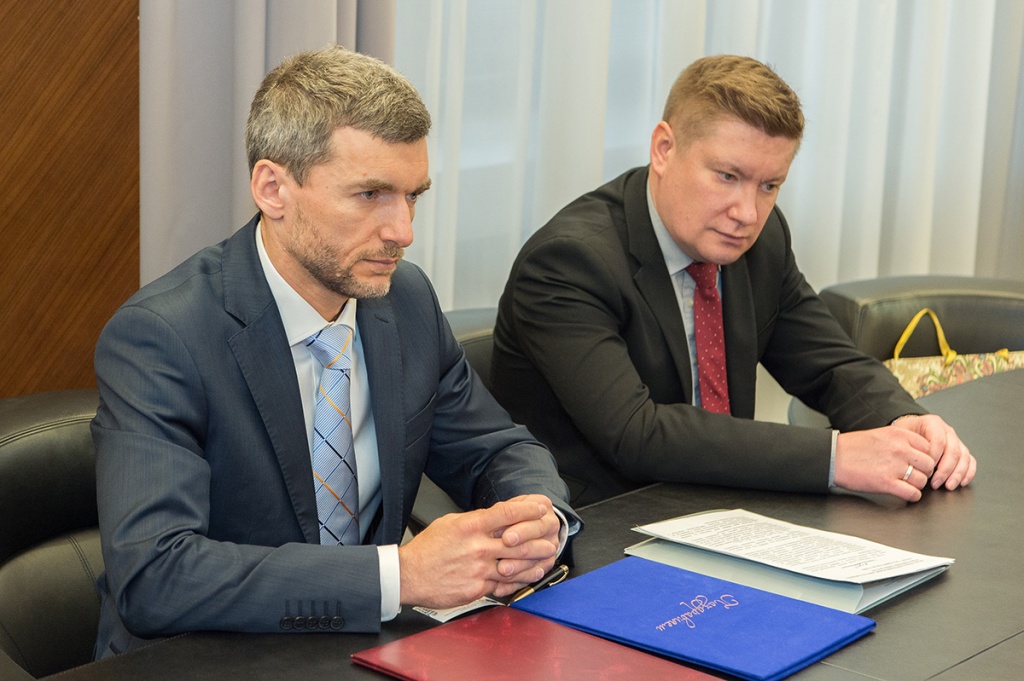 Speaking of the principal goals of the institute to provide the best professionals in the field of metrology, VNIIMS director pointed out the reasons for his interest in establishing cooperation with Polytech: “Our work lies in the field of fundamental science, so we need best physicists, chemists, and mechanics. We are expanding and nurturing the idea to create a laboratory, because we possess the required quality of infrastructure, recourses and, moreover, we have the ambition. There is, however, one problem, and that is of human recourses, those who will put theory into practice…”, - said Mr. Gogolinsky. Considering the fact that VNIIMS has a large team of professionals made up by 500 people, 100 of whom are PhDs working to transform their research into real merchandise, VNIIMS director pointed out the benefits of the would-be cooperation for Polytech: “We are capable of carrying out every stage of the process, from fundamental primary standards to factory metrology”. 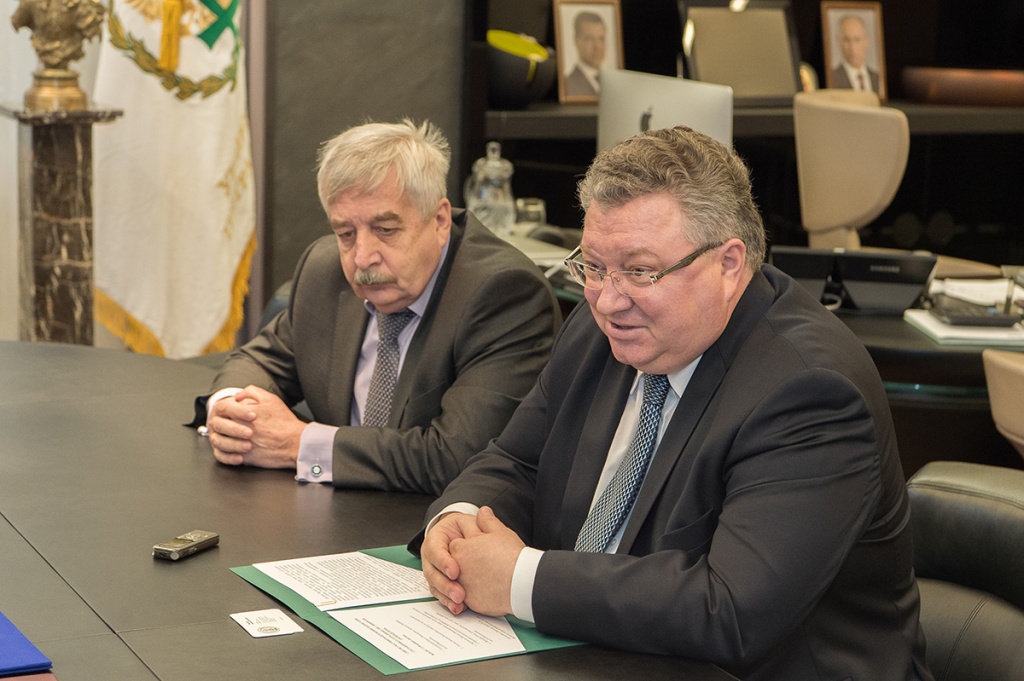 Discussing cooperation opportunities, rector of SPbPU reminded of the nationwide trend to develop additive technology. Polytech was one of the first universities to realize their potential and has been exploring this field of study for years now. However, there are still many obstacles to overcome on the way to the mass production. One of them is the creation of regulatory framework for additive technology. Mr. Rudskoy emphasized the importance of standardization and certification as a requirement for ensuring high quality of merchandise. Keeping in mind the unique experience possessed by VNIIMS specialists in creation, exploitation and improvement of the state primary standards responsible for high precision, SPbPU rector expressed his hope to see the technical and intellectual recourses of both organizations used for the benefit of national knowledge intensive industry. 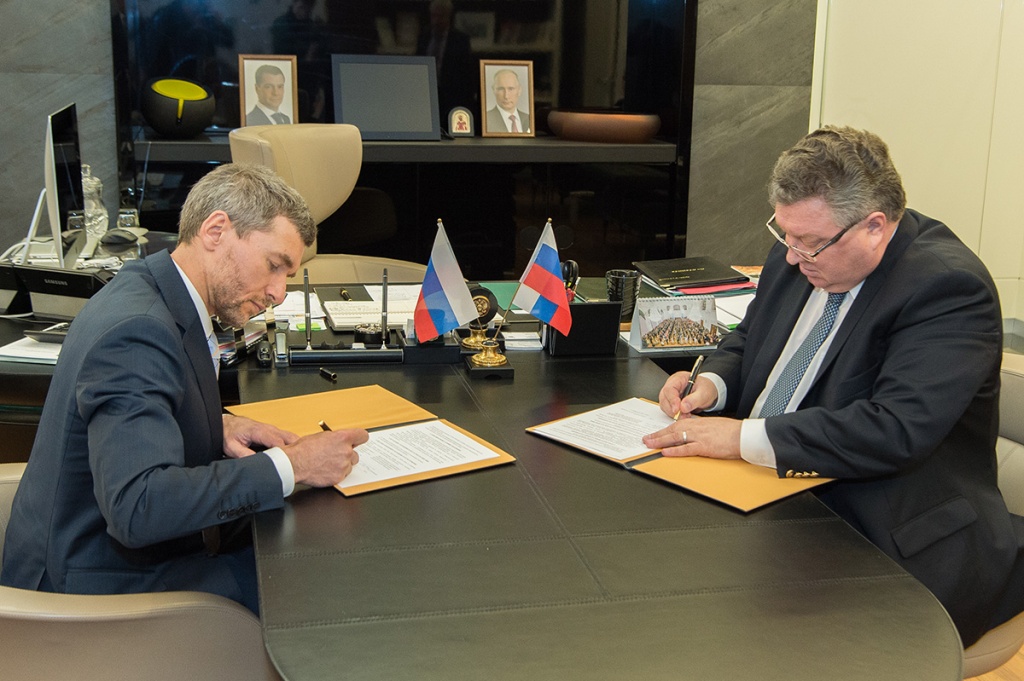 As the meeting was drawing to the end an agreement about cooperation was signed. The strategic partnership of the top national universities for education and fundamental metrological science is aimed at implementation of joint science, education, manufacturing and innovation programs. Following the agreement the parties made arrangements concerning professional training of specialists for VNIIMS in the degree and short-term programs offered by SPbPU and professional advancement for VNIIS and SPbPU staff in the field of modern and prospective technology. The parties also agreed to carry out joint scientific forums, seminars, and conferences. In order to improve methods for metrology teaching the agreement suggests the creation of the core department. The joint efforts of SpbPU and VNIIMS will contribute to development of the standard database of the Russian Federation, improvement of the measuring technologies and measuring services for the priority research and technology areas and providing top-class professionals.