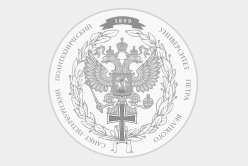 On December 18, 2019, registration for the Open Doors Olympiad for foreign graduate students is completing. The Open Doors Academic Competition (Olympiad) was organized by the Global Universities Association, represented by 21 member universities (participants of the 5-100 Project) as part of the “Export of Education” federal project.

This is the first project in Russia to attract talented international graduate students to study at leading Russian universities, embracing almost all countries of the world.

The Olympiad is held in Russian and English, in two stages, both online, which allows to attract the best-trained and motivated foreign graduate students from various countries to the leading Russian universities. The Olympiad provides for the promotion of Russian higher education on the open global market, competing for the best applicants with full rights.

The Olympiad takes place in the online format:

More than 300 quotas have been allocated for the participants in the 2019/2020 Olympiad.