Yu.V. Gulyaev, Academician of the Russian Academy of Sciences, is an Honorary Doctor of SPbPU

On 1st October a formal meeting of the Academic Council was held at Peter the Great St. Petersburg Polytechnic University, the only item on its agenda being presenting a diploma and a scholar’s gown to Yu.V. Gulyaev, Academician and Member of Presidium of the Russian Academy of Sciences (RAS), Head of Research at Kotel’nikov Institute of Radioengineering and Electronics RAS. 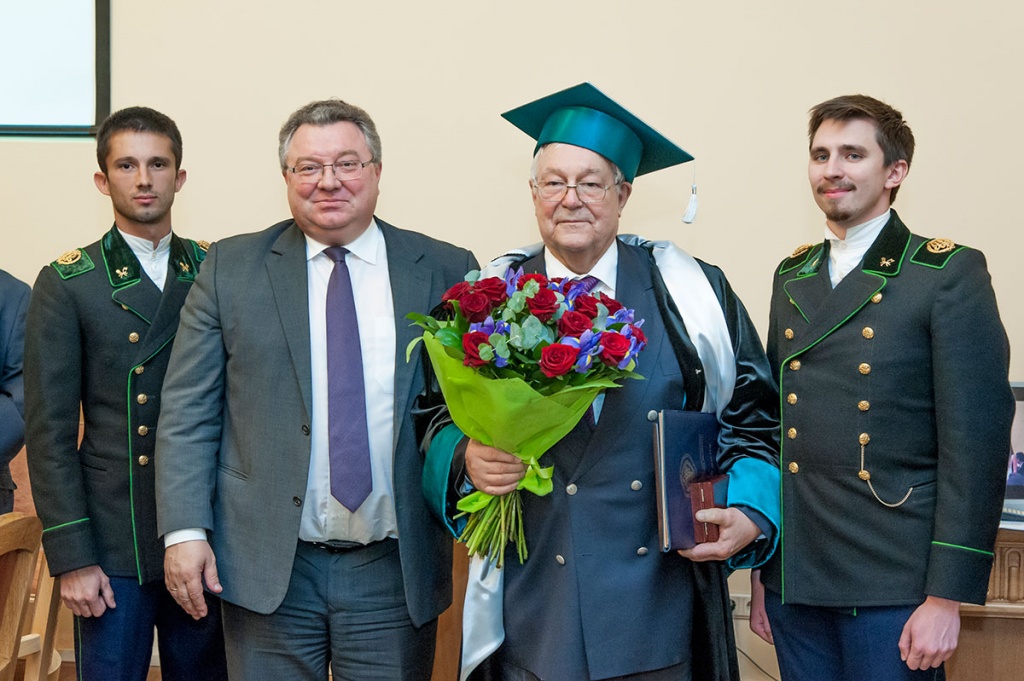 A.I. Rudskoy, Rector of the Polytechnic University, explained that the title “Honorary Doctor” had been granted to Yu.V. Gulyaev by unanimous vote at a meeting of the Academic Council four months ago. “On 18th September Yu.V. Gulyaev turned 80. We heartily congratulate you and ask you to accept these awards as a present for your anniversary”, said A.I. Rudskoy.

At the beginning of the official ceremony V.P. Zhivulin, Academic Secretary, read out an extract from the Statute on Honorable Distinctions of Peter the Great St. Petersburg Polytechnic University. The document says that the title “Honorable doctor” can be granted for outstanding achievements in the sphere of science, education and culture, and also to Russian and foreign specialists who have made a significant contribution to the development of advanced knowledge and science and whose activities have resulted in strategic development of the University and in the growth of its influence on the global arena.

The student choir “Polyhymnia” sang a student hymn a cappella, which created a solemn atmosphere at the moment the diploma and the scholar’s gown were presented.

At the end of the meeting Yu.V. Gulyaev delivered a lecture called ”Radiophysical Methods for Diagnosing and Treating Patients”, shared his experience and spoke about his career path. Interestingly, he had never actually wanted to become a physicist, but he had had a wish to study at the Faculty of Journalism at Lomonosov Moscow State University. However, an accidental encounter with a student of Moscow Institute of Physics and Technology became a turning point. The young man said to the future Professor with a certain degree of irony in his voice: “You are no writer! Yet, you can’t become a good physicist if you have decided to study literature. Nonetheless, you can become a halfway decent engineer so that society can benefit from you”. So Yu.V. Gulyaev decided to give it a try, passed his exams and was admitted to Moscow Institute of Physics and Technology. That was how the great Academician had become a physicist. 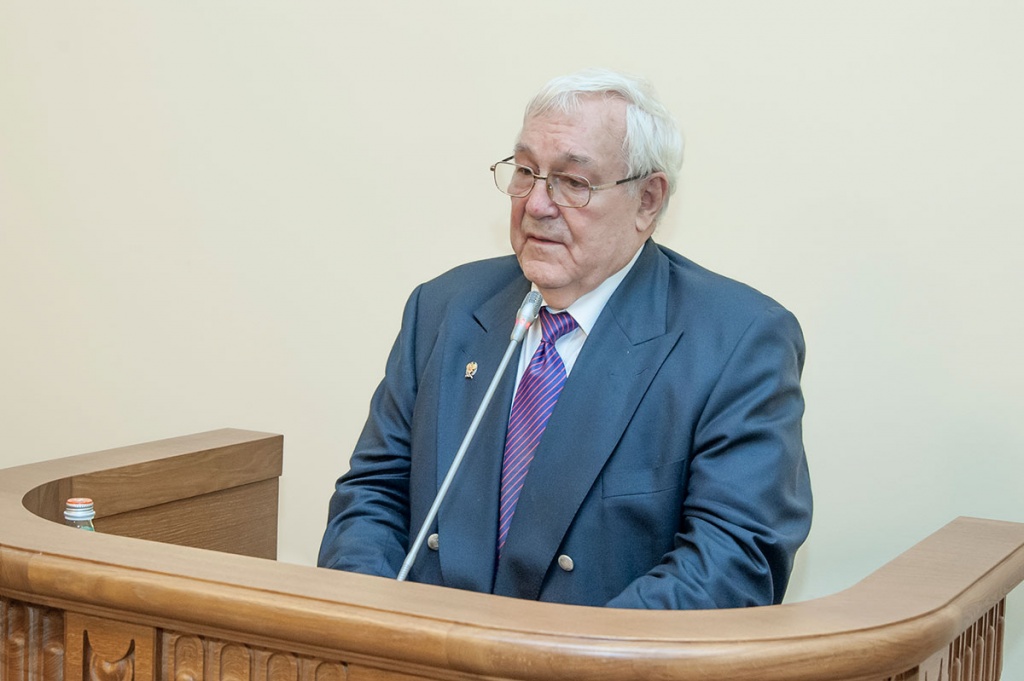 In a short interview Yu.V. Gulyaev shared his impressions about the Polytechnic University and his plans to cooperate further.

-Yuriy Vasilievich, how important is for you the fact that you have just received the title of an Honorary Doctor of SPbPU?

- As you see, this is not my first scholar’s gown, but it is special for me. For the last 30 years I have been President of the International Union of Scientific and Engineering Associations, whose members are the leading scientists and engineers of our country. At present, according to the rankings published today, your University is number one among the Russian engineering universities. And it is a great honor for me to be an Honorary Doctor of your University.

- Have you been to the Polytechnic University before?

- I was here only once about 20 years ago. That is why I can actually say I have not been here and I really regret it. Now I know your University better and I am going to give lectures here. Starting from today I am an Honorary Doctor of two universities in Saint-Petersburg, namely Saint Petersburg Academic University and the Polytechnic University, so I am going to wear my scholar’s gowns in turn, so that no one resents. (Laughing).

- Yuriy Vasilievich, what would you advise the students of the Polytechnic University?

- It is not by chance that your university is named after Peter the Great, because the Emperor himself was a great engineer. I recommend students to build a career in engineering as it is really prestigious. Scientific and technological progress is only possible thanks to engineers.