SPbPU alumnus A.A. Petrov is a member of the American Physical Society

“Charm quarks” is a real physical phenomenon with the romantic title. For its investigation a professor of the Wayne State University Alexey Anatolyevich Petrov was initiated into The American Physical Society (APS). 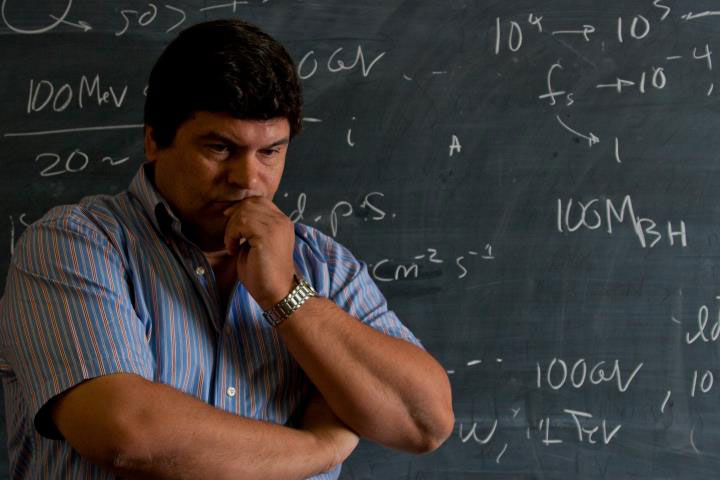 A.A Petrov started his career at SPbPU where he had been studying at the Physical Engineering Department (now the Institute of Physics, Nanotechnology and Telecommunications) for 4 years and after that he was on the traineeship program in the USA. “After a term in the USA I came back to SPbPU and then I went to the USA again to write senior theses. Later I defended them in both SPbPU and the University of Massachusetts”, says the professor. In 1994 A.A. Petrov graduated from the Polytechnic University with honors and wrote his doctoral dissertation at the University of Massachusetts, Amherst.

The professor was honored the election for a set of research works into charm quarks, namely for predicting parameters of meson oscillations containing charm quarks that were experimentally confirmed in particle accelerators in Japan (The High Energy Accelerator Research Organizationб known as KEK), in the USA (Stanford Linear Accelerator Center, SLAC), and at CERN (The European Organization for Nuclear Research). His search for physics beyond the standard model (BSM, also known as New Physics) in quantum effects at low energy were also marked.

Having become a member of APS together with Abram Ioffe and Yakov Frenkel, who were admitted as APS` members in 1926 and 1930 respectively, A.A. Petrov glorified the Polytechnic University.

“St. Petersburg Polytechnic University gave me good knowledge, professors and their courses were great! Sometimes I use their teaching methods while working at the Wayne State University”, shared professor Petrov.

The American Physical Society is the second largest organization with 50,000 members who are physicists, chemists and engineers from scientific communities, national laboratories and industrial enterprises of the USA and other countries. The mission of the Society, founded in 1899, is to advance and diffuse the knowledge of physics.