SPbPU tops the competition for grants and scholarships of the St. Petersburg Administration

Twenty years ago, the Administration of St. Petersburg initiated a grant program to support young scientists and creatives. Since then, over 17,000 of the most talented and gifted students, postgraduates, and young scientists received grants and scholarships from the city's Administration. During the 20th St. Petersburg Assembly of Young Scientists and Specialists on December 18, another 900 students became a part of the city's scientific and creative elite. Of those 900 students, 183 are from Peter the Great St. Petersburg Polytechnic University! 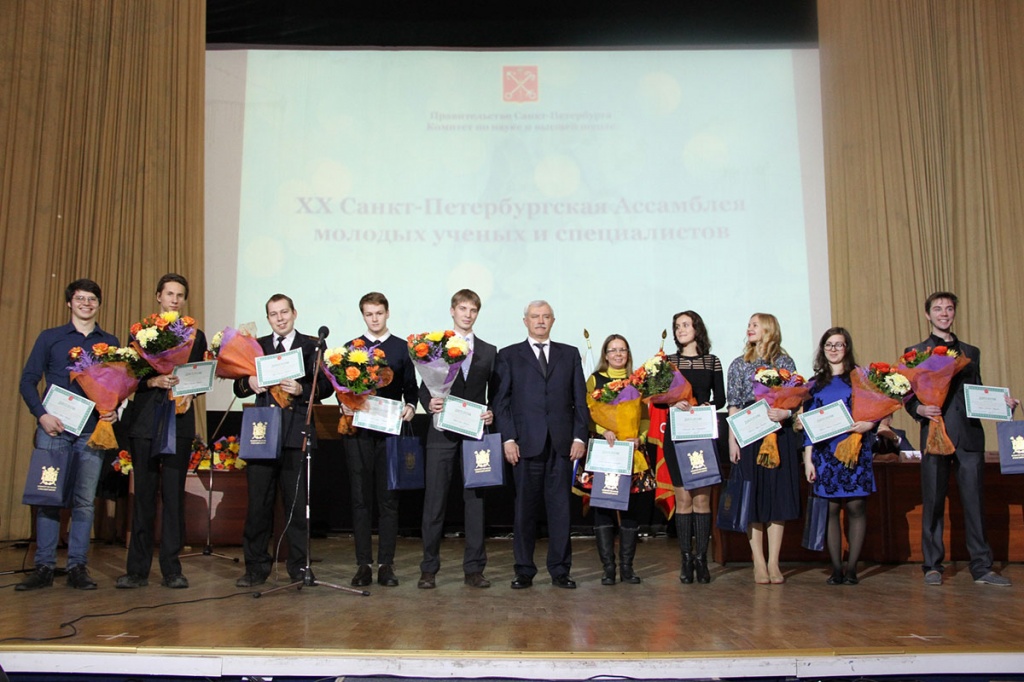 Peter the Great Polytechnic University dominated the competition, with 115 students and graduates of the university receiving grants and 68 students being awarded scholarships of the Administration of St. Petersburg in 2015-2016.

The Governor of St. Petersburg G. S. Poltavchenko welcomed scholarship winners and grantees: "I believe it was a right call to support talented young people. Nine hundred people is a lot, and these students hold the keys to the future of our city and our country. St. Petersburg will always reward them." 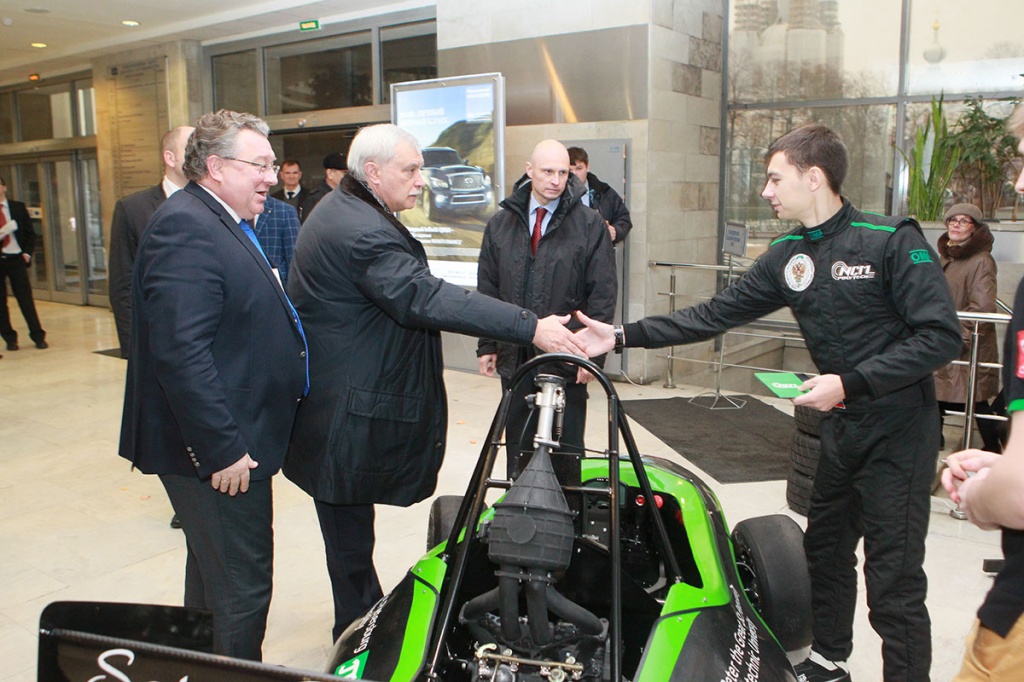 The event was attended by the city's officials, rectors and presidents of several higher education institutions, including the Rector of Peter the Great St. Petersburg Polytechnic University A. I. Rudskoy. Governor Poltavchenko emphasized the fact that today 600,000 people work and study in the academic field - that is 1/5 of the city's economically active population. "We will further encourage young people to engage in scientific and creative activities, helping them put their ideas into life and accomplish identified goals," Georgy Sergeyevich concluded.

Young scientists presented their projects and developments at the lobby of the International Center for Business Cooperation. Particularly spectacular was the UNO race car developed by the SPbPU team. Rector of St. Petersburg National Research University of Information Technologies, Mechanics and Optics V. N. Vasilyev described these achievements as a vivid example of the scientific work young people are capable of. A. I. Rudskoy briefed the Governor of St. Petersburg on the specifications and features of the students' race car, which left Georgy Sergeyevich deeply impressed.

Prior to the 20th St. Petersburg Assembly of Young Scientists and Specialists, there were five roundtable discussion, where grantees presented their research. Winners of these discussions were celebrated on the stage of the International Center for Business Cooperation. G. S. Poltavchenko himself bestowed the diplomas. 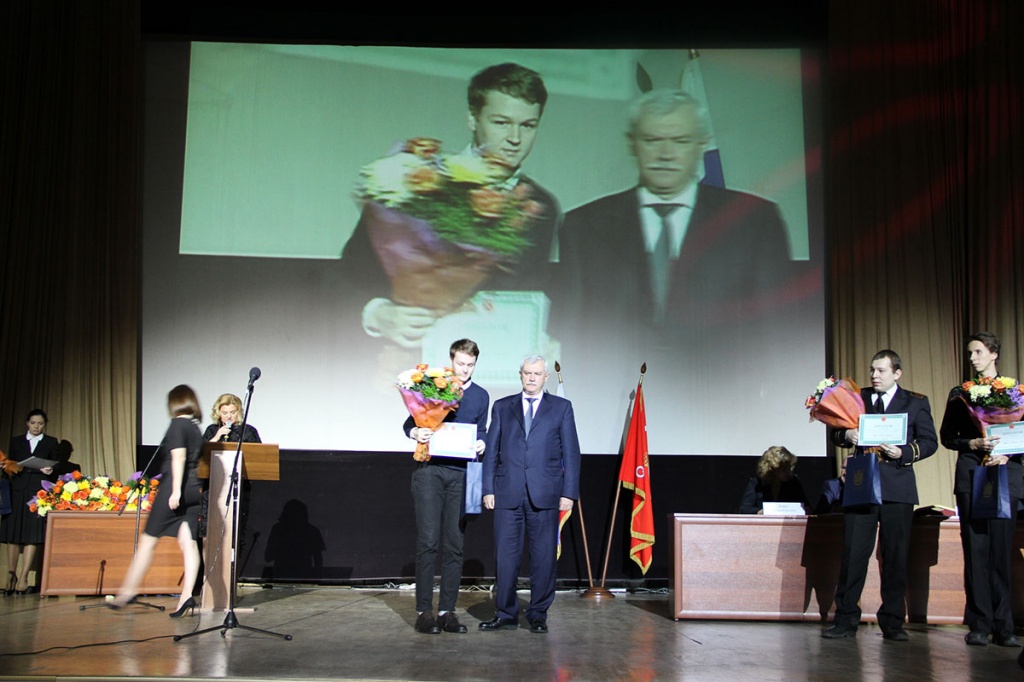 Eduard Sagitov, fifth year student at the Institute of Physics, Nanotechnology and Telecommunications, emerged victorious from the roudtable discussion on "Ecology and Environmental Safety". Eduard and two other receivers of St. Petersburg Administration grants spoke to the Media Center about their projects and shared their impressions of the Assembly.

"My project is dedicated to studying quantum frequency standards. These are devices that produce a precision signal, which can be picked up by telecommunication systems. Such a stable signal serves as a reference for various measurements: for example, in space basing and radio navigation, it is used used to synchronize electronic equipment. Together with the research advisers Sergey Viktorovich Yermakov and Vladimir Vasilyevich Semyonov, we conducted experimental research on the device's frequency stability, tried different modes of operation, and performed statistical processing of empirical data. Eventually, we developed guidelines as to which modes are better, which was the main goal of the project.

I was welcomed on stage as one of the winners of the roundtable discussion. Georgy Sergeyevich Poltevchenko himself awarded me, shook my hand, referred to me by the name and patronymic name, which was surprising and exciting, gave me a diploma and a present from the Administration of St. Petersburg. I felt a bit anxious, but pleased at the same time. I could barely see the audience with all the camera flashes. It was my first event of such kind, so the emotions were strong, and I will surely never forget the aura of the Assembly." 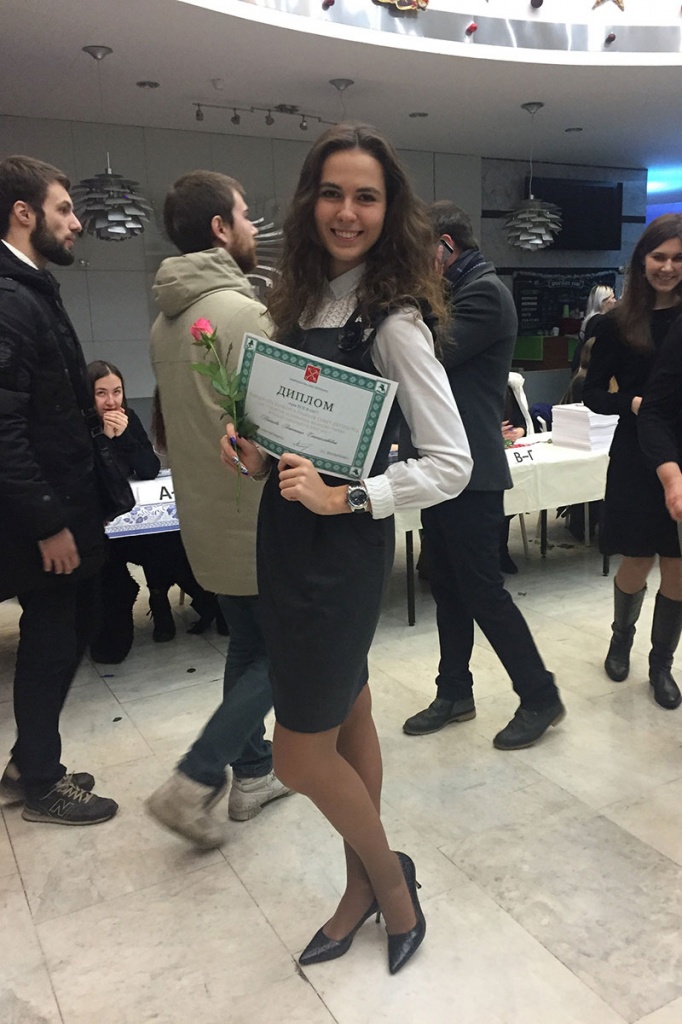 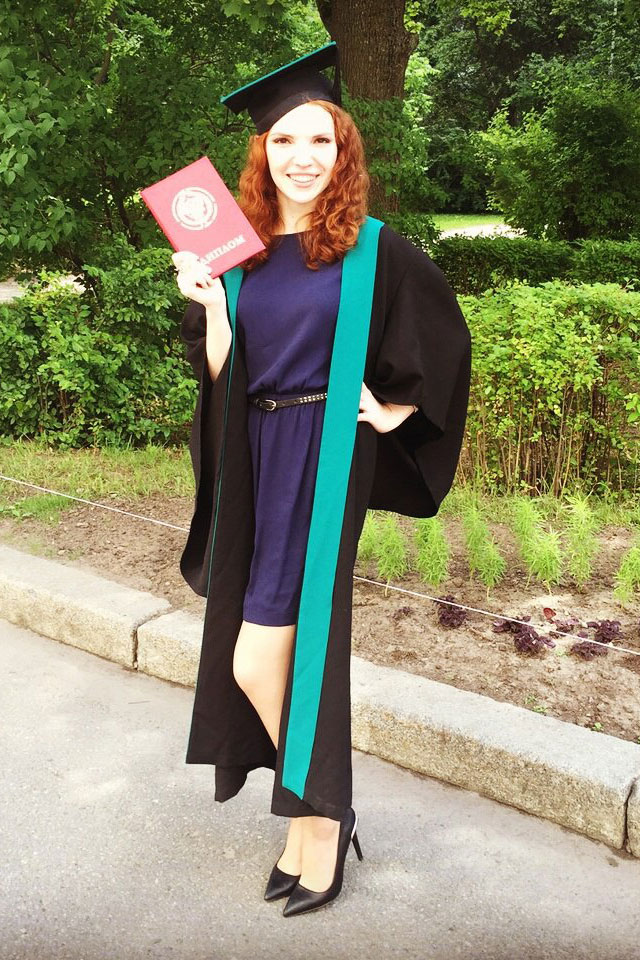 Project theme: Increasing the efficiency of heat networks as an element of universities' energy management.

"I began my research in the field of energy efficiency of universities' heat supply systems when I was in my third year of studies, with the support of the Department of Economics and Management in Power Engineering, and my research adviser Olga Valentinovna Novikova. In the course of the research, I conducted technical and economic analysis of insulating materials for heat networks and determined energy saving reserves in the heat networks of our university's heat supply system. Drawing on the example of the Polytechnic university, I managed to develop standard methods for increasing the efficiency of heat networks that can be applied in any university, lowering the specific consumption of the heat transfer medium by 25-30%.

I was happy to win, and I'm glad that the academic board took interest in my subject and considered it to be relevant. I am now motivated to go on with my research and plan to take part in the competition for grants of the St. Petersburg Administration again next year."

Project theme: PR in international activity through the example of the World Petersburger Club.

"I developed this project on the basis of my similarly-named thesis. I chose this subject because I myself has been a member of the World Petersburger Club's Youth Section since 2008б and I try to be substantially involved in its activities. In this project, I view the World Petersburger Club as a subject of our city's promotion. I developed guidelines for the organization of the club's international activity. The strategic purpose of my project was to establish St. Petersburg as a global city, where the World Petersburger Club serves as one of the forms of communication. I would like to take advantage of this opportunity to express gratitude to my research adviser Dmitry Gennadyevich Popov for his innovative ideas and for steering my hectic thoughts in the right direction.

It felt great to experience the vibe of a university again, since I'd already graduated. Now that my research has been acknowledged by the Administration of St. Petersburg, I am thinking about entering the PhD program at SPbPU."