Peter the Great St. Petersburg Polytechnic University has won in the «International Student Recruitment» category of the annual EEUA 2021 award. The first place was given to the university’s project dedicated to a large-scale redesign of the Admission Office and its transformation into a multifunctional center that integrates all information and communication services and structural divisions of international services responsible for admission and registration of foreign applicants and documentary support of students during their studies. 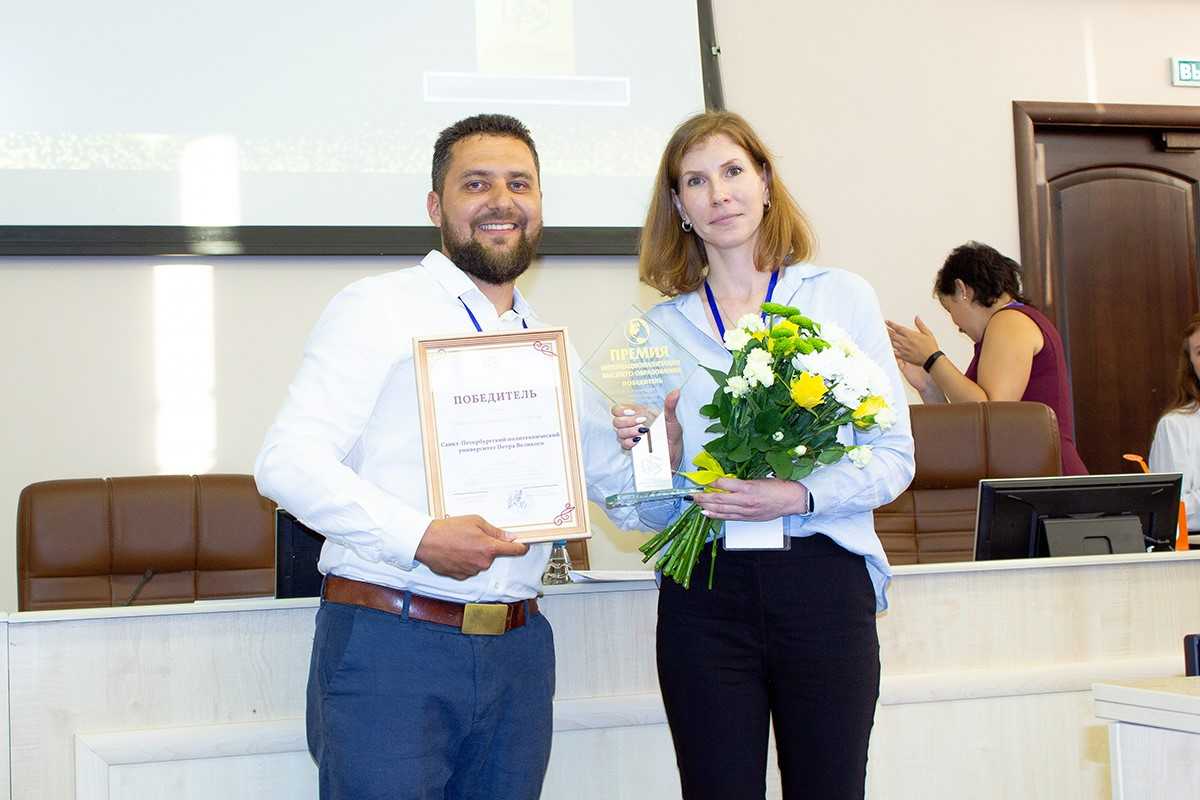 The EEUA Award is an annual competition of university projects in the field of internationalization of higher education in Russia and CIS countries. The awarding ceremony was held on June 22 in Yekaterinburg as part of the 9th Annual Conference on the development of international activities of universities IUNC Eurasia 2021 on the platform of the Ural Federal University. The prize brought together participants from Moscow, St. Petersburg, Voronezh, Kirov, Grozny, Perm, Nizhny Novgorod, Omsk, Magnitogorsk, Chelyabinsk, and many other cities. In addition, in 2021, the prize received international status: Maksim Tank Belarusian State Pedagogical University joined in. Those who were unable to make it to Yekaterinburg because of the coronavirus pandemic were connected to the online broadcast of the ceremony. A total of 92 applications were submitted for the 2021 award, from which the expert jury selected winners in 10 nominations devoted to the organization of international departments of universities, international reputation, development of inter-university cooperation, internationalization of study programs, mobility of students and teachers, etc. 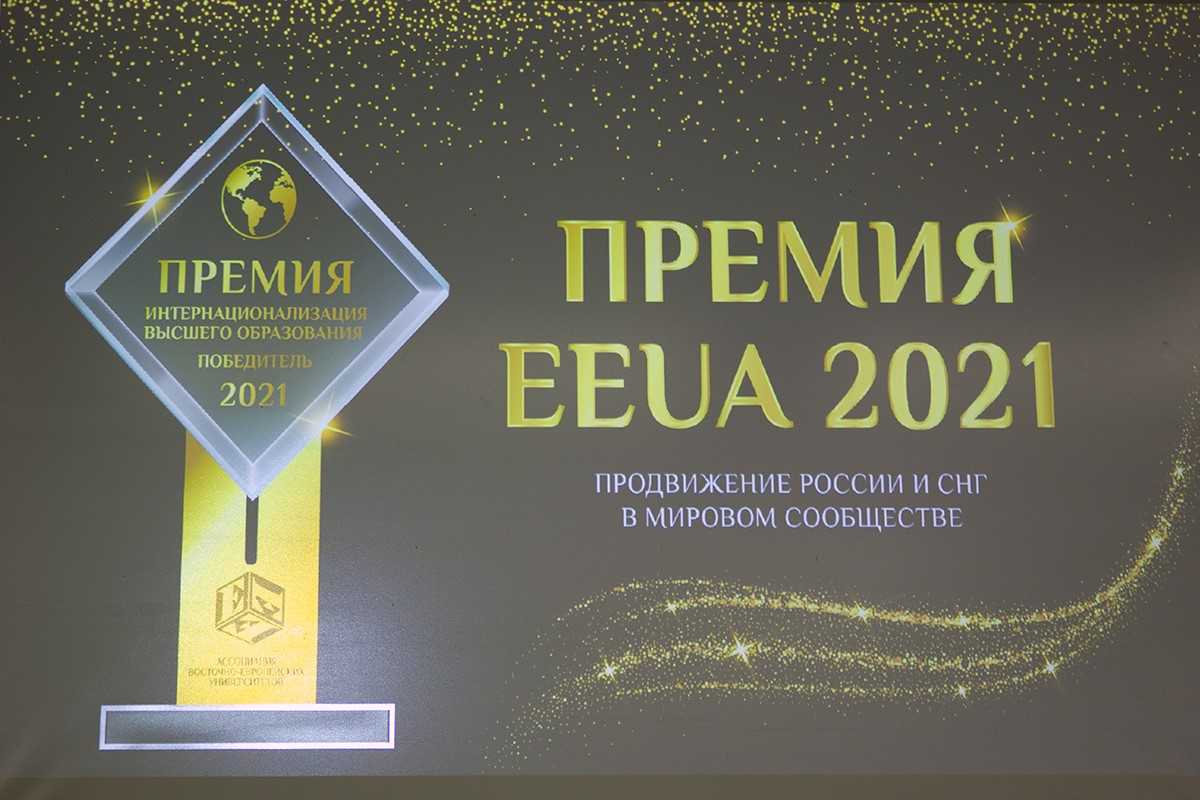 This is not Polytechnic University’s first EEUA award: in previous years, the university won in the categories «Original Project», «International Reputation of the University», «International Student Recruitment», «International Student Involvement in the Extracurricular Life of the University», «Development of Inter-University Cooperation». The project «New Admission Office: implementation of a one-stop-shop system for international students admission to SPbPU», which was awarded the highest score by the expert jury in 2021, reflects the unique experience accumulated by the Polytechnic and the ability to implement it in new challenges. As noted by Professor Dmitry ARSENIEV, Vice-Rector for International Affairs at SPbPU, the coronavirus pandemic gave the university the opportunity and time to globally restructure the Admission Office for foreign applicants, which coordinates all issues related to admission and enrollment of foreign nationals. Within six months, a major redevelopment was accomplished on the basis of the SPbPU International Campus. The new office embodies a one-stop-shop system, where all university departments involved in work with foreign nationals, as well as information and logistics services, are integrated into a single complex. Thanks to this approach, the process of admission of applicants to the University and their documentary support during their studies became much easier. 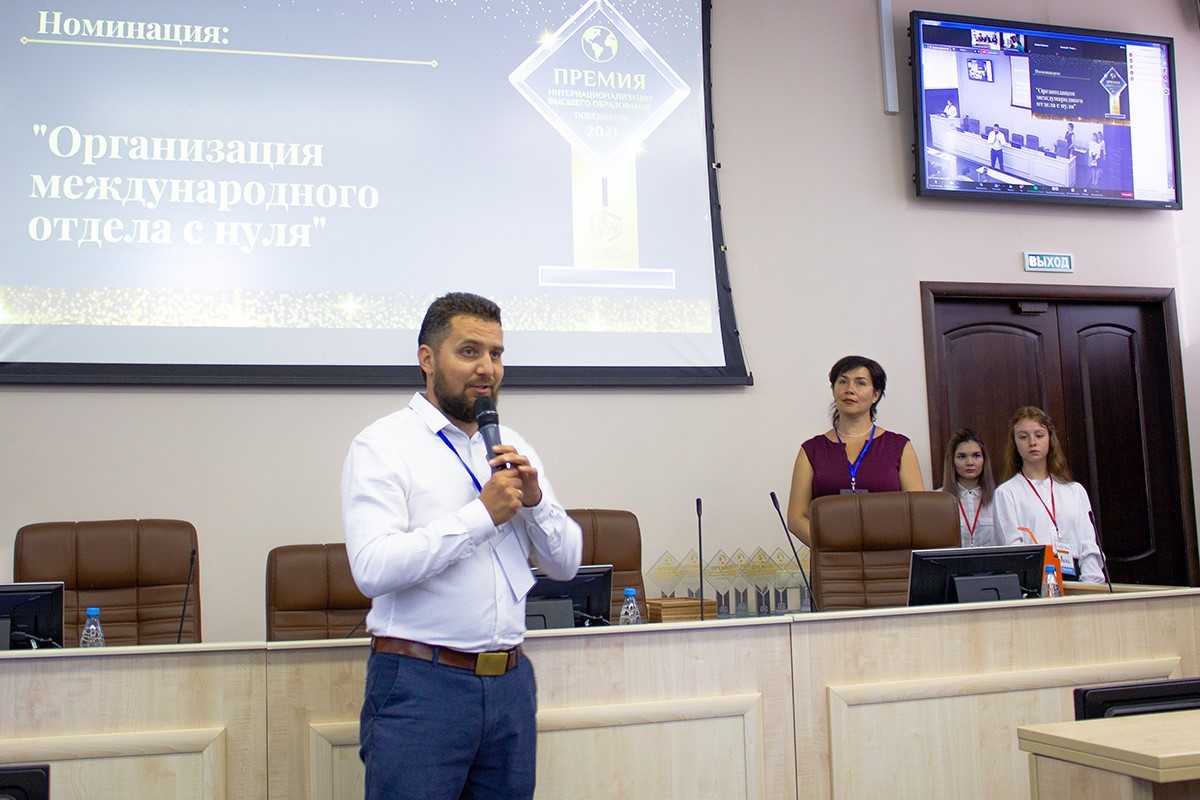 The Internationalization of Higher Education-2021 Award covered the best cases of universities in Russia and CIS countries in the development of higher education in the context of the new global challenge — the Covid-19 pandemic. We were proud and happy to see the large-scale international projects that Russian and foreign universities implemented during this truly challenging time. Many of them were able to find new points of growth in a period of total restrictions. The project of Peter the Great Polytechnic University is a powerful case, which demonstrates the competent optimization of various resources in achieving the set goals. This victory is well-deserved, which I sincerely congratulate you with, Bogdan VORONOVSKY, Director General of the Association of Eastern European Universities, congratulated Polytechnic University. 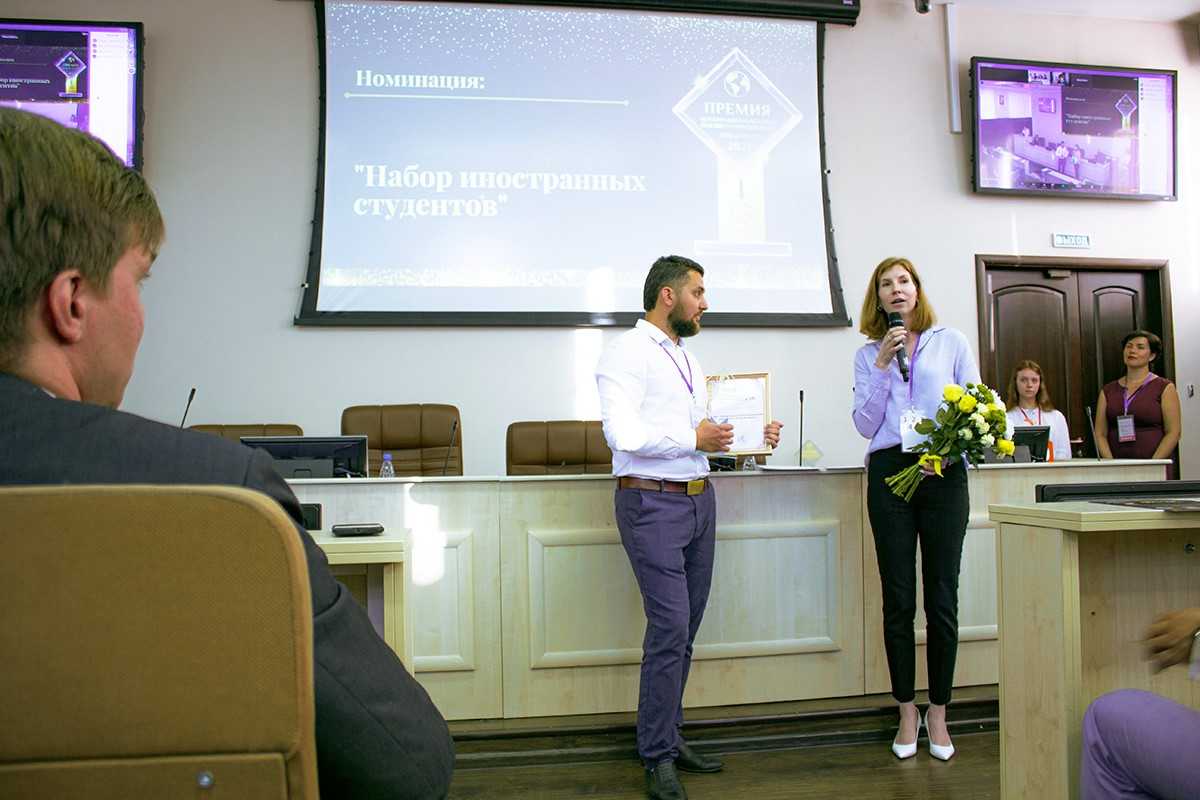 We are grateful to the organizers of the Award and the expert jury for their high appreciation of the project ‘New Admission Office: implementation of the one-stop-shop system for international students admission to SPbPU’, which we managed to implement and bring to life under the guidance and with the great support of the Vice-Rector for International Affairs Dmitry Arseniev. Winning the ‘International Student Recruitment’ nomination is not only a well-deserved award for the entire team of SPbPU international services but also motivation to move forward to new achievements, said Maria BOCHAROVA, Director of the Center for International Recruitment and Communications.

The EEUA Award was established by the Association of Eastern European Universities in 2017 and is awarded to universities for their achievements in the internationalization of higher education and the active promotion of Russia and the CIS countries in the global space. The prize is also intended to draw the attention of the professional community and the public to the annual contribution of universities and language schools in the development of national higher education, the formation of the country’s reputation in the international market of educational services, as well as individual and collective contributions to the development of the university.