Chairman of the Government of the Russian Federation Mikhail MISHUSTIN signed a decree on awarding the 2020 Government prizes in the field of science and technology. This year, the 133 winners included SPbPU scientists: Associate Professor Alexander SNEGIRYOV, Dr. of Engineering, Professor of the Higher School of Applied Mathematics and Computational Physics of the Institute of Applied Mathematics and Mechanics; Professor Leonid TANKLEVSKY, Dr. of Engineering, Head of the Specialized Fire Safety Department of the Gefest Group of Companies; Associate Professor Mikhail VASILIEV, Candidate of Engineering, Higher School of Technosphere Safety, and Alexander ARAKCHEYEV, postgraduate student, Fire Safety Department, HSTS / Director General of the Fornosovo R&D Enterprise “Gefest.” 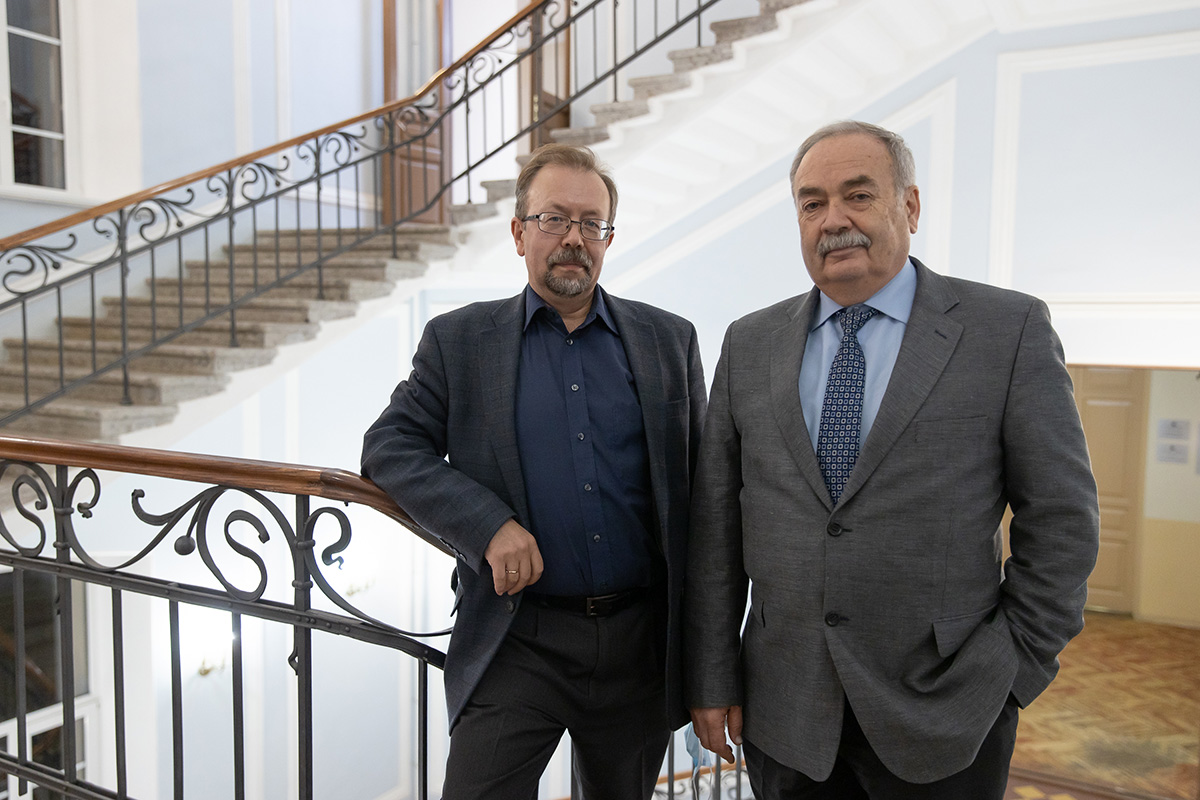 The automatic fire extinguishing system invented by the Polytechnics is already successfully operating in Russia and is now in the process of certification for the use abroad. This system, as the inventors themselves put it, is “an integrated intelligent system for fighting fire events” comprises several original solutions that have never been proposed or used in the world before: controlled fire extinguishing based on the method of forced start of sprinkler sprinklers, fine-dispersed water spraying, and barrel fire robotics. Our winners explained that the government award is recognition of the merits of an entire consortium that has formed over the years of work on improving the fire extinguishing system. In addition to Polytechnic University, the association includes the All-Russian Research Institute for Fire Protection of the MES (VNIIPO), the Gefest Group of Companies, and the EFER Fire Robotics Engineering Center in Petrozavodsk.

“Firefighting is a very conservative industry, but our consortium has managed to introduce new elements into it; they have been tested in Russia and are gradually gaining recognition in the West,” said Alexander SNEGIRYOV. ‘The technology of forcedly controlled start-up of sprinklers was invented and patented in Russia, and then presented in the USA and Europe at international conferences and in foreign companies that are trend-setters in fire extinguishing technologies and the production of sprinkler irrigators. And now the certification process is underway in international organizations for the standardization of this equipment.”

Sprinkler irrigators were invented back in the 19th century and since then the principle of their activation has remained unchanged. These automatic devices are installed on a network of water pipes in which water is stays under permanent pressure. Under the impact of hot combustion products, the thermal lock gets destroyed and opens the way for the water flow. “The disadvantage of this system is its low sensitivity; it works only when the temperature of the thermal lock reaches 70-90 degrees, but by that time, the fire below may be far too strong,” says Leonid TANKLEVSKY. “Our idea was to equip the sprinkler with a highly sensitive element that responds not to temperature, but to the rate of temperature rise. In this case, the sprinkler can work even when the air in the room heats up by only 10 degrees. It is much easier to liquidate such a fire at such stage.”

This is how the idea of forced start of sprinklers with the help of different tracking tools appeared. They use various tracking means (optical, temperature, etc.), which can quickly detect a fire and give a command to the sprinkler, and if there are many of them, then monitor the state of each of them. “There have never been any analogues of such an unusual fire system in the world,” says Leonid TANKLEVSKY. “This is a complete hardware and software complex, which, even in the minimum configuration, ensures the control of more than 4.5 thousand sprinklers. The operator receives information that a fire has occurred at a certain place and can manually trigger any remote sprinkler. Such technical solutions are of great interest to potential foreign consumers.”

Now the products of the consortium have been introduced and work at many facilities in Russia: in theaters, at stadiums, in airport terminals, at cultural heritage sites, and wooden architecture. Individual elements are used at spaceports, rocket complexes, airplanes, and helicopters. To date, more than 5,000 objects in Russia are equipped with elements of these systems.

In order for the new technology to spread out into other countries, it has been included in the international ISO standard (International Organization for Standardization).

Also, in the process of research, new effects associated with a decrease in the dispersion of water spray and its influence on the structure and dynamics of turbulent gas-droplet jets were identified and received explanation. As a result, the spray pattern was found to be the most efficient in extinguishing the flame and allowing some types of fire to be extinguished faster and with less water. The research group led by Alexander SNEGIRYOV is engaged in the study of these physical phenomena, and the computational resources for numerical modeling are provided by the Polytechnic Supercomputer Center.