International Science and Education Center “National Instruments – Polytechnic” has been declared as the best education center for technology in Russia and CIS. 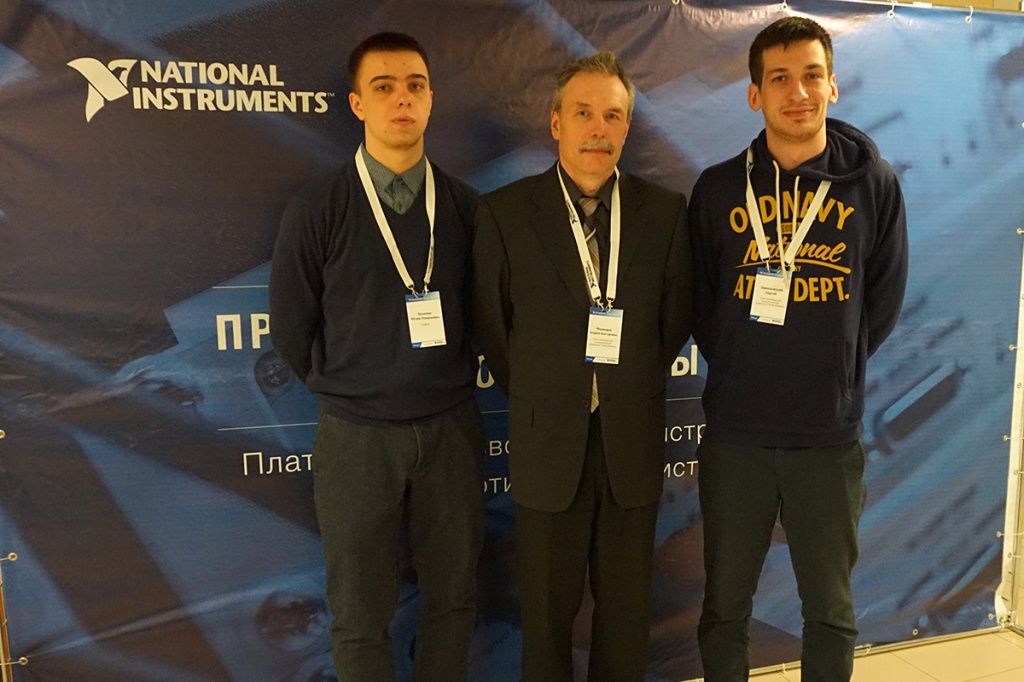 The honor was bestowed by the conference committee of “NI Academic Days 2017” which took place on April 13th-14th at the Moscow Institute of Electronics and Mathematics. The focus of the event was to promote the educational program “National Instruments”.

“NI” is known to be the leader in development and production of multipurpose soft and hardware for automated measurement, diagnostics, control and modeling and virtual devices technology that is considered a revolutionary concept introducing a brand new method of measuring and creation of automated systems. 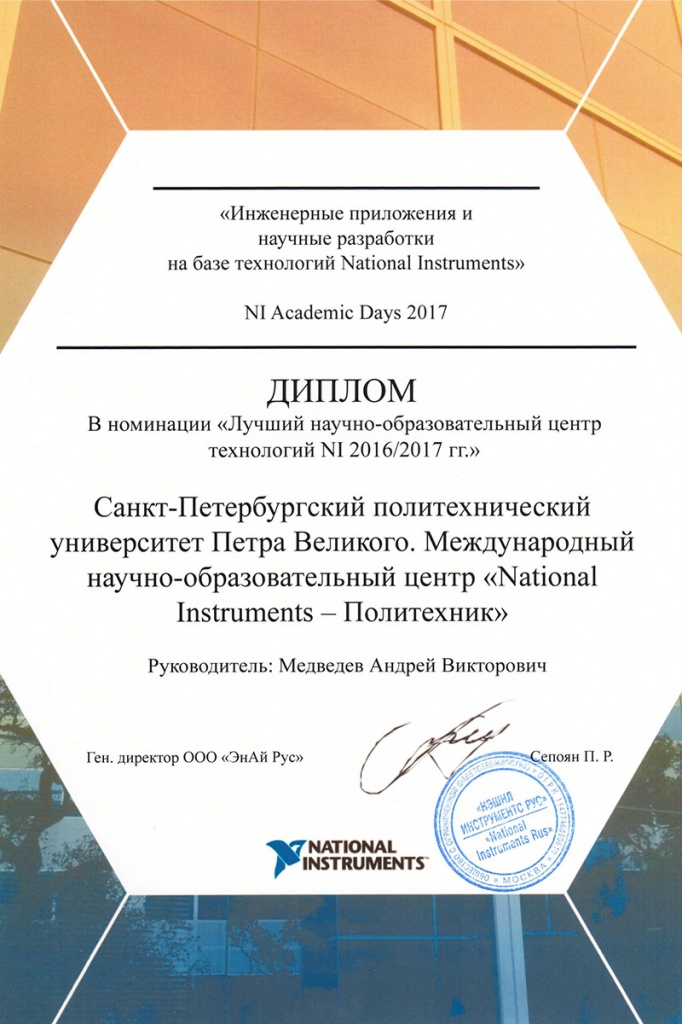 National Instruments encourages and nurtures partnership with world leading engineering schools, seeing its major goal in enhancing student efficiency in education and research. To achieve this goal the company is continuously improving technology and teaching methods in association with world leading universities. Currently, more than 7300 universities all over the world are involved in cooperation with National Instruments.

International Science and Education Center “Natinonal Instruments – Polytechnic” has been affiliated with the Institute of Physics, Nanotechnology and Telecommunication since 2011 and has excelled at integrating educational, scientific and innovation activities so far. The center is boosted by a mutually beneficial partnership with the NI representative office in Russia which includes a series of annual joint events: conferences, contests, research projects and master classes.

The center has been bestowed the title of the best education center before – it got its first award in 2013-2014, only four years after its launch.

The center brought together a team of professionals made up of ten IPNT teachers, all of whom hold NI certificates. The center is engaged in design and development of a series of educational projects: courses of lectures, laboratory practice, scientific research involving innovative experiment automation devices, teachers’ qualification enhancement programs, professional training programs, etc.