Peter the Great St. Petersburg Polytechnic University has shown significant growth in the institutional international ranking of The Times Higher Education World University Rankings (WUR 2021) compared to last year. This year, Polytechnic University ranked between 301st and 350th places among 1527 world universities, having moved from the group of universities of the sixth hundred to the group of the fourth hundred.

In the ranking of universities participating in the “5-100” project, SPbPU is ranked 3rd and 4th among all Russian universities. 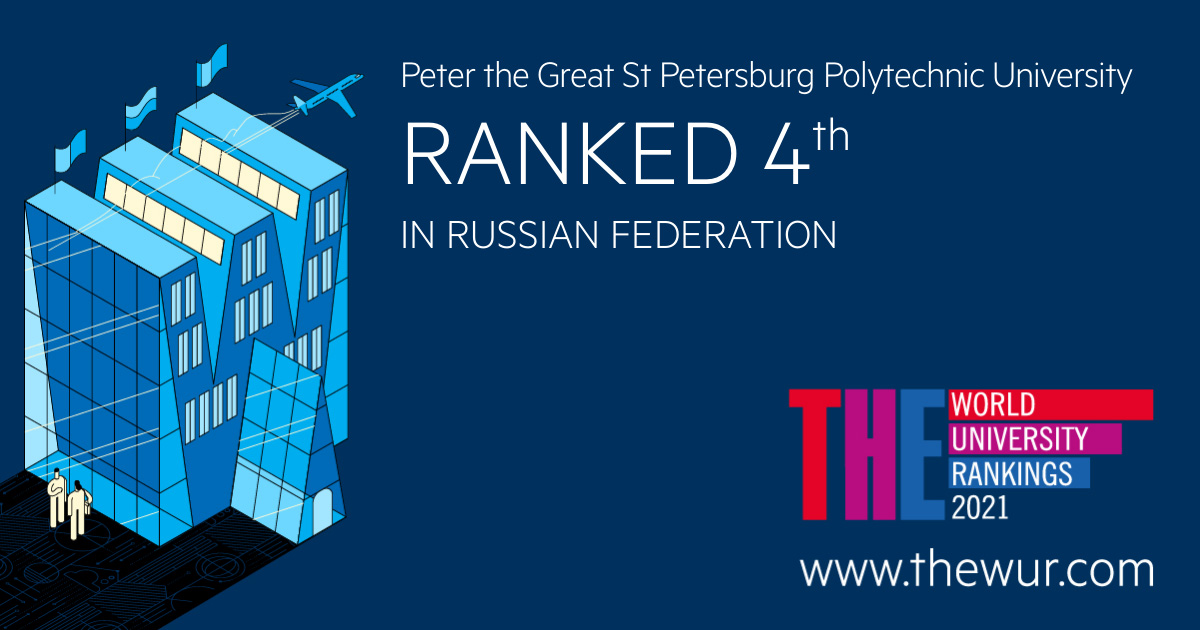 In 2020, 130 new universities took part in the ranking, including 9 from Russia, which affects the final score of all participants in the ranking and internal competition.

“Such dynamics became possible due to the accumulated experience, high potential, and active position of the Polytechnics, as well as the synergistic effect of strengthening interaction with the academic community and industrial partners at the national and global level. We began to more confidently involve young people in the university’s scientific and project activities, hold large-scale and important conferences with recognized international experts and develop economic interaction of our scientists with international colleagues,” says Maria VRUBLEVSKAYA, Head of the Strategic Planning and Development Programs Department of SPbPU.

Methodological note: each ranking indicator has its own weight in the aggregate score, which assesses its importance in determining the final position of the university. Thus, such indicators as “Teaching,” “Research.” and “Citations” have a weight of 30% each, the “International interaction” indicator has 7.5%, and the “Revenues from production activities” indicator has 2.5%.