The second open national championship in robotics took place in Sochi in the beginning of February. Among the winners was the team called “KTM” representing the school “Engineers of Russia’s Future” headed by Mr. D. Vasiliev, chief software engineer at the department of Computer technologies in machine-building of the SPbPU Institute of Metallurgy, Mechanical Engineering and Transport. 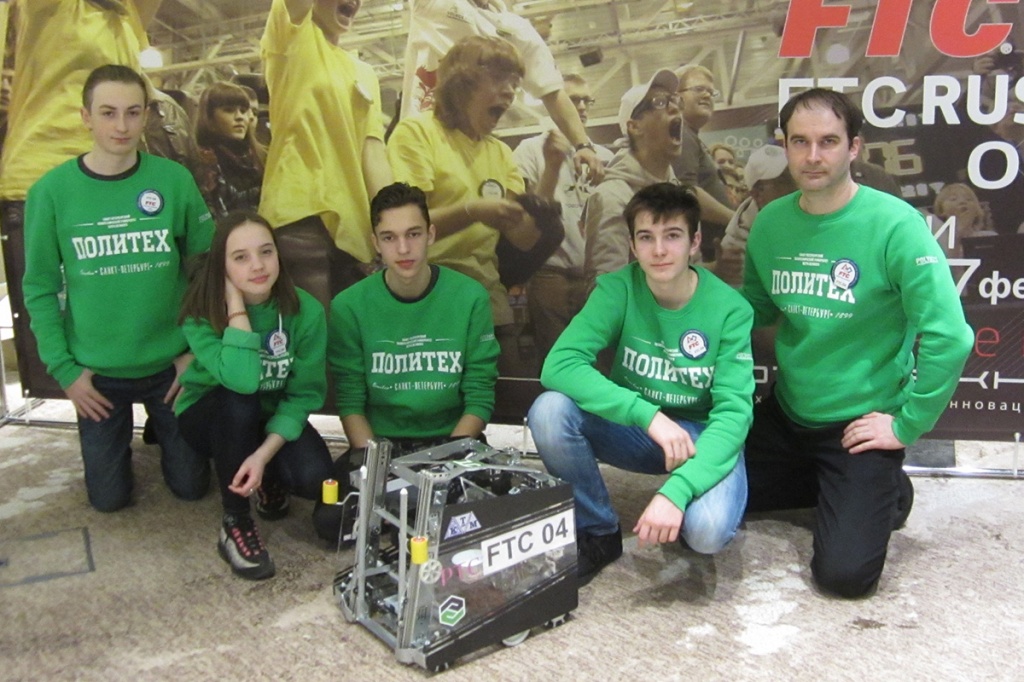 More than 150 school-goers and students from 7 regions of Russia and Romania made it into the finals. Having passed through all the stages of the contest, the team came second winning in the “Inspire Award” category. With this success the team has secured a place in the FTC European championship in the Dutch city of Eindhoven and the world championship in robotics, called “First” which will be held on April 19th and 20th in Houston and April 26th through 29th in Saint Louis.

The team participating in the FTC Open Russia 2017 was made up of the school-goers Alexei Lesnikov, Alexandra Dragunova, Konstantin Nazarov, and Nikolai Vasiliev. The team’s goal was to build and program a robot according to the technical plan requirements. The jury members scored the team’s capacity to cooperate with other contestants and the simple motion planning algorithm of the robot: the pressing of the button accompanied by the change of the color, rolling motion, lifting and throwing of the ball through the basket. 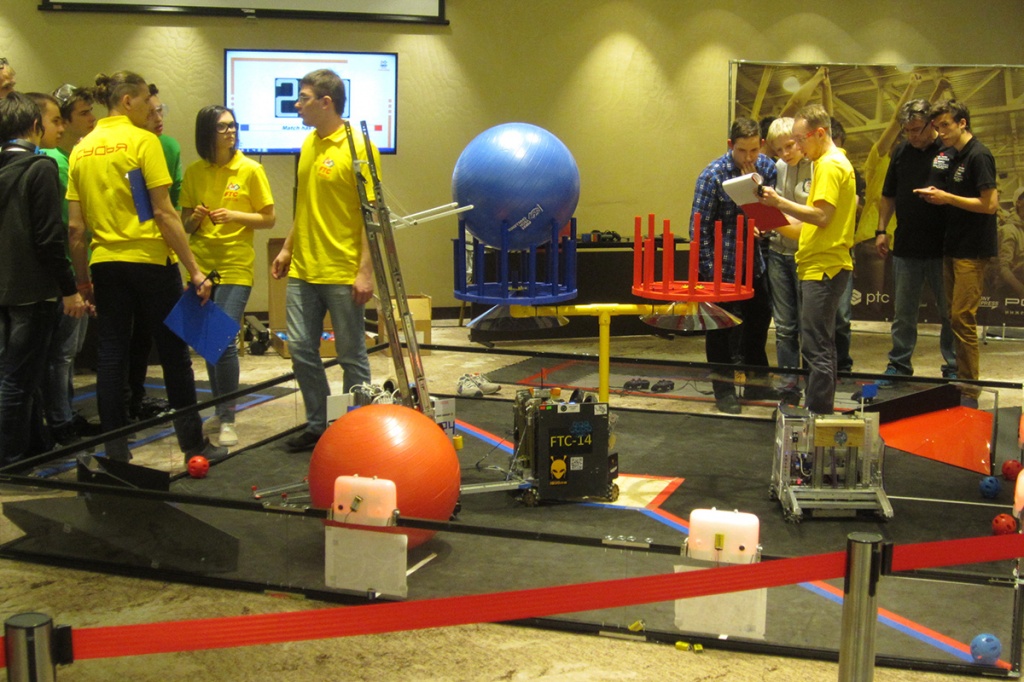 “The contest is held annually, but there are always new functional requirements and technical specifications, which add up scores for each team. The first stage of the project planning was about choosing the right method for completing the task. Next thing, the participants were asked to turn in their engineering log books containing the description of the building process and highlighting the current state of the work, as well as some stages of the creation of each part. The team members faced the jury to answer their questions about the project, strategy and team work”, - commented the supervisor of the team Mr. D. Vasiliev.

The most valuable prize awaiting the winners was the Tetrix equipment and the supplementary software that will help perfect the robotics project for the next stage of the championship. The successful execution of the plan was enabled by the support of the “First Tech Challenge” planner, the partner of the department of Computer technologies and machine engineering, the U.S. PTC-developer of CAD software “CREO”. 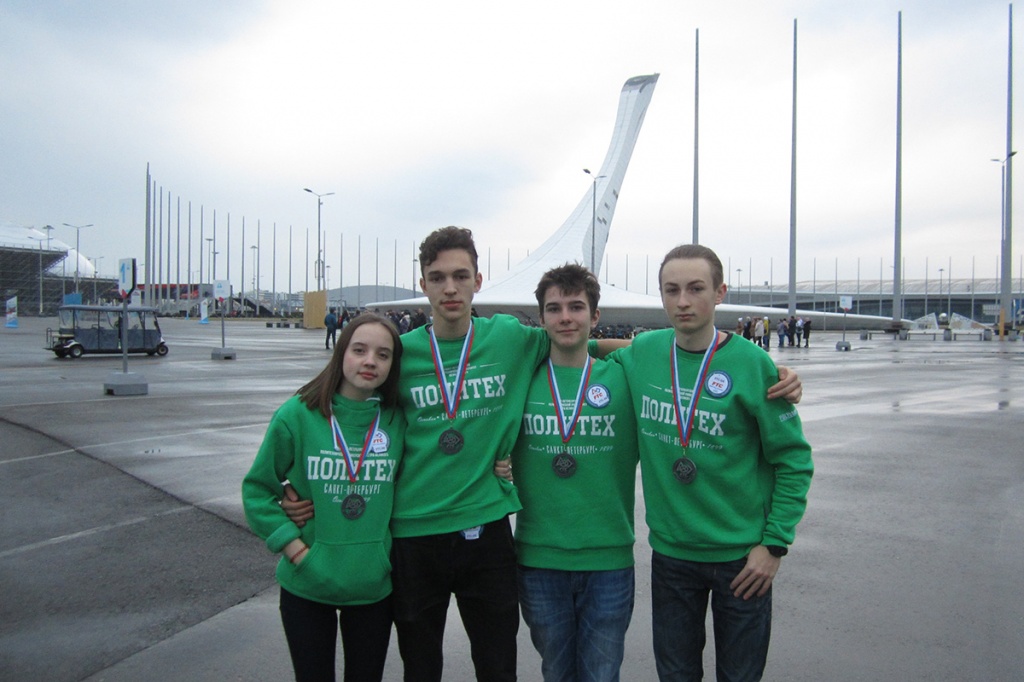 “Our cooperation with the department is one of the priorities of our company. We provided the school with the equipment and started the robotics team. As one of the project founders we supervise the training of workforce that begins while children are still at school, so they acquire enough skills by the time they apply to a college where they extend their knowledge,” – said the supervisor of the PTC academic program in Russia Mr. D.Orlov.

The idea of the school was conceived at the department of Computer Technologies in Machine Engineering and nurtured by the head of the department professor Shabrov back in 2014. The school’s main objective is to spark senior students’ interest in modeling, 3-D printing, and the recently introduced Emerging AR Technologies. The course is taught by chief software engineer Mr. D. Vasiliev. 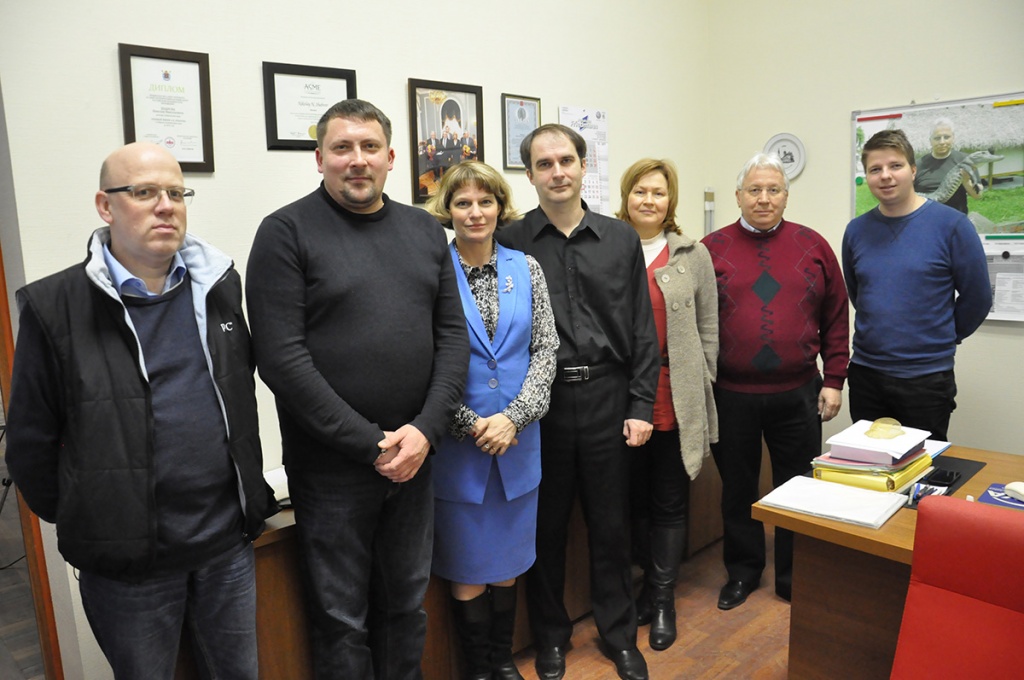 Over the last year the scholars triumphed at many contests, such as the International competition in 3-D Engineering, the Second Open Junior Skills Championship winning in the category “Best Engineering Design” and “Prototyping”, the Open City Festival of Technical Creativity “TechnoCacTus”, the contest “Exploring the Space in 3D”.