“Sigma” team: “Location is not an essential point for our winnings!”

Joint work of four SPbPU students leads to winning in the case-studies competition. This equation has been verified owing to еру principle of repetition– “Sigma” has become a leader n the prestigious national competition for the second time. 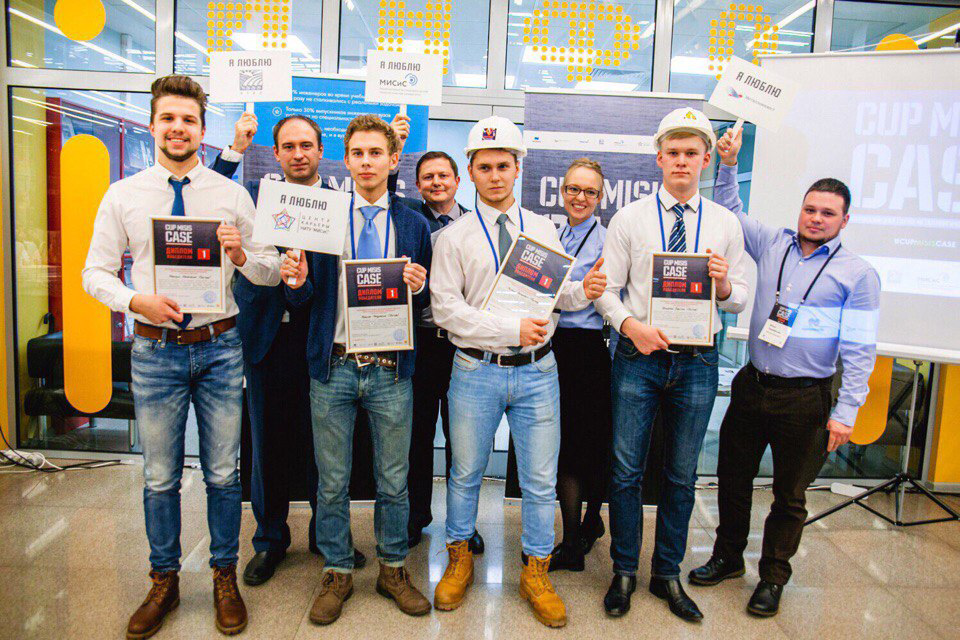 These young men won in Krasnoyarsk last autumn and gained the National Universities Cup for metallurgy, engineering and technology case studies “Metal Cup”. This year they won the III competition in mining case studies Cup MISIS Case, which took place in Moscow at “MISIS”. Being aware of the importance of branding, the students even came up with the logo. “As you know, in mathematics Ʃ stands for “amount”. So, it is not by chance that we chose it for a logo”. 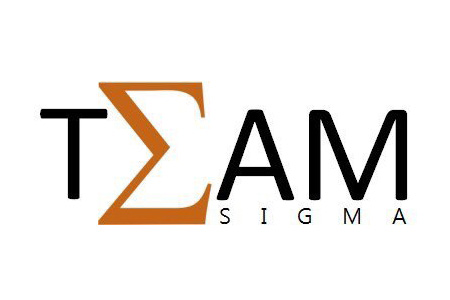 This time the competition supported by the Ministry of Education of the Russian Federation brought together almost a thousand students from 66 Russian universities. Out of more than 200 teams only 18 made it into the finals. “Sigma”, represented by captain Dmitry Sargin (2nd year of IMMET) and the second year students Mikhail Rigorovich (IETS), Nikita Matushkin (IPNT) and Maxim Sapelkin (ICE) – participated in the junior group along with the other 8 teams representing the best universities of the country.

Traditionally the competition was run in two stages – selection and finals. At first stage the team was to get familiar with the case and provide the organizers with a brief presentation of the decision solutions. “It was the first time the selection was carried out offline, up until this moment we have made the presentation in person, - says Maxim Sapelkin, - “The hardest part was to make the information we had in mind fit into an eight-slide presentation”. 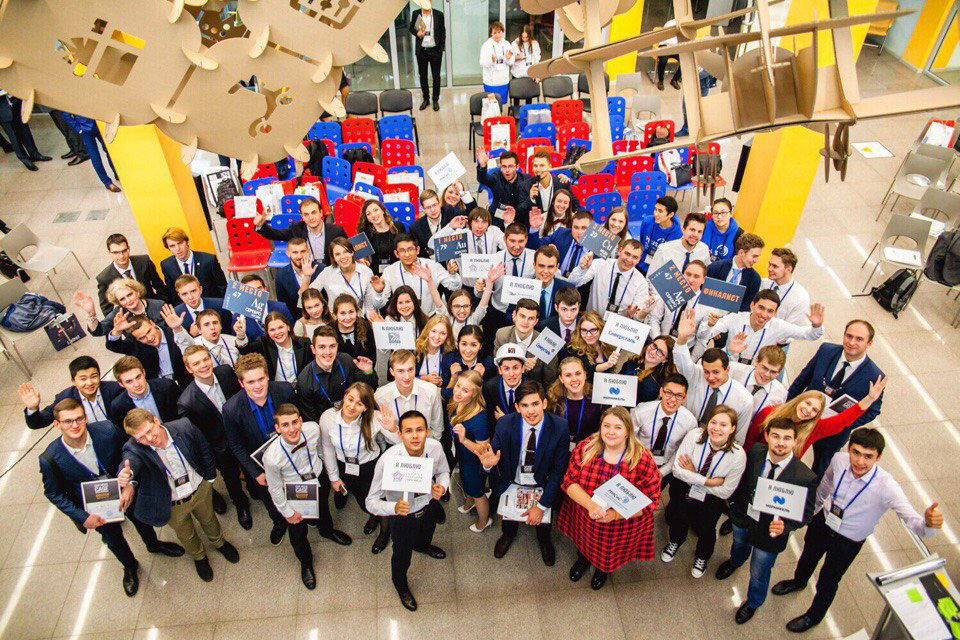 And the task set in the try-out wasn’t an easy one: the contestants had to work out a way to implement the so-called “smart” mines into Russian industry – the up-to-date technology such as remote control and special detectors which will serve for the factory autonomy. “Sigma” stood out among the hundreds of other teams because they highlighted the information security issues. Needless to say, a hacker attack on “smart” mines can lead to millions in damage.

Thus “Sigma” ensured a place in the finals and took on a new case. According to a long-running tradition, the competition’s partner and the developer of the case was “Nornikel”. Their case in the try-out was Bistrinsky mining factory, and mining factory of Chita was for the finals. The members of each team had a week to outline the region’s problems and come up with their solutions. “The greatest challenge there, as we see it, is energy supply, - says Nikita Matushkin, - the region is obviously underdeveloped and calls for renovation of transportation systems and extra energy sources. That’s why we conceived the idea of procuring and implementation and sales of the end product within the region to boost its development”. 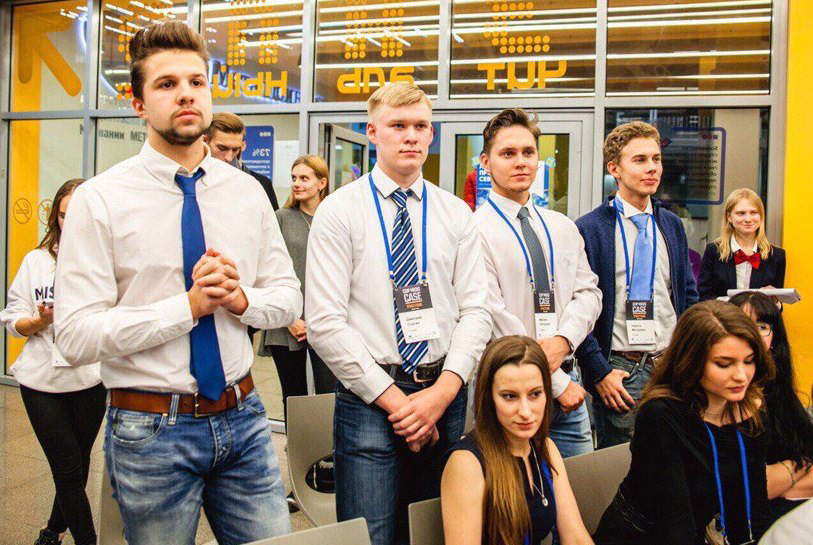 “We have a local ore processing plant, - Mikhail Rigorovich continues, - it processes ore into bronze lines which are later used to make bronze wires. Bronze wires are used to supply the mine with energy”. It was the young men’s goal to prove that the project can be put into practice: they thought through the entire process, calculated its deadlines and viability by creating an entirely new economic project. The presentation of our team made the winner evident at once. 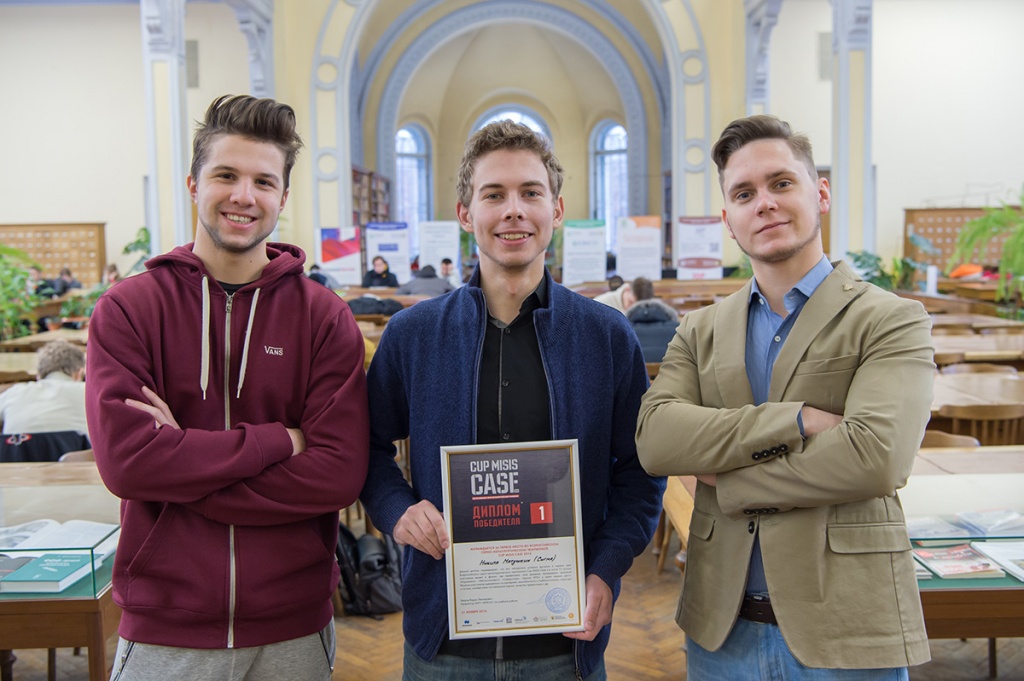 The organizers and partners showered our team with the presents – “Sigma” was called for award ceremony seven times. The most professionally valuable of all the presents was a travel gift certificate to visit a pipe-rolling plant in Chelyabinsk – an official competition partner. And the present that surely pleased everyone was a summer vacation in Abkhazia.