THE Subject Ranking: Polytechnic University is in the TOP-150 in Engineering and Physical Sciences among the Best Universities in the World

On October 28, the international THE 2021 Times Higher Education World University Rankings published the results of the subject ranking, where Peter the Great St. Petersburg Polytechnic University improved its positions in all areas, including Engineering Sciences (TOP-150), Physical Sciences (TOP-125), Computer Science (TOP-175), Education (TOP-250), Business and Economics (TOP-300), and for the first time entered the TOP-500 in Life Sciences. The ranking comprised more than 1500 universities from 93 countries and regions. 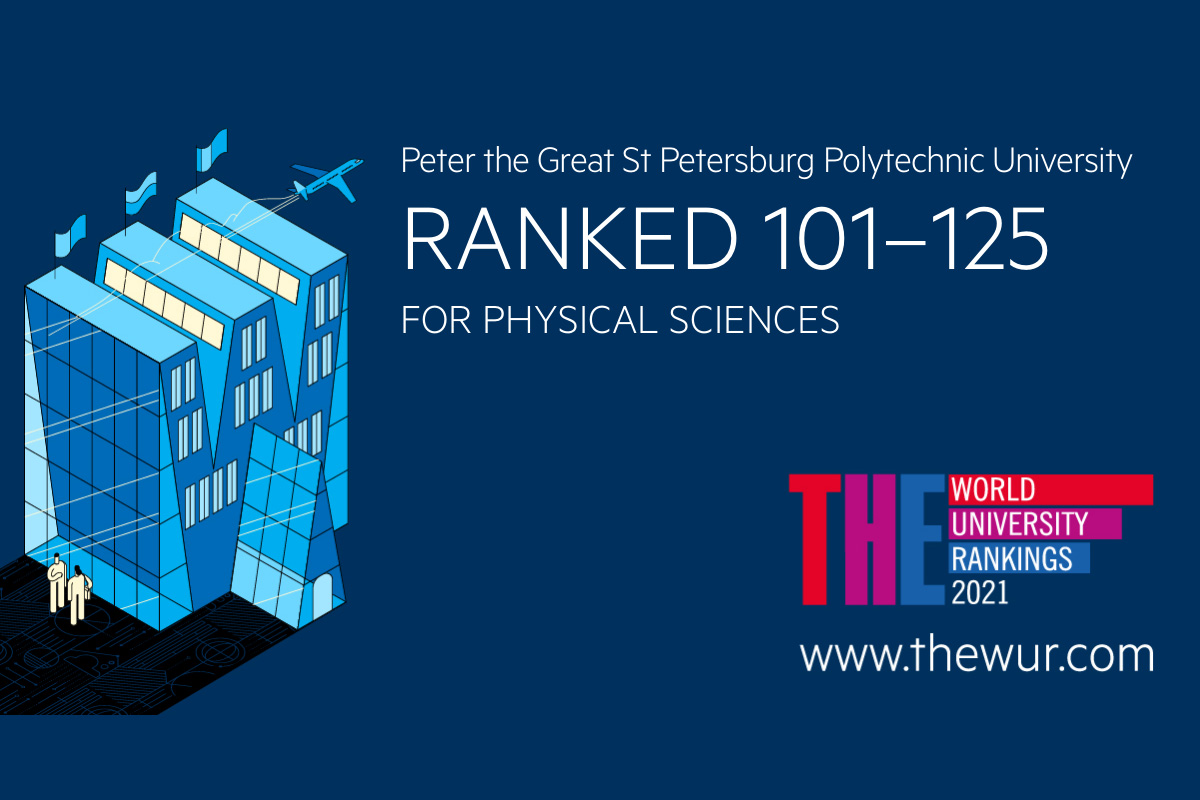 The Times Higher Education subject ranking is an integral part of the World University Rankings and is built on the basis of 13 indicators, grouped into five categories: education, research, citations, internationalization, and industrial income. Nevertheless, subject rankings pay great attention to the specifics of publication activity in the relevant subject area.

Polytechnic University demonstrates integral growth in the subject ranking in Engineering Sciences (ranks 149th among 1098 universities) due to a significant improvement in the “income from industry,” “international interaction: the share of foreign students,” and “research impact.” According to the indicator “citation (influence of research)” in the ranking in Engineering, the greatest dynamics took place in the subject areas of Electric & Electronic Engineering, General Engineering, and Civil Engineering. Polytechnic University is among leaders in the field of Engineering Sciences among 42 Russian universities represented in this subject ranking. The TOP-3 universities from the Russian Federation also included N.E. Bauman MSTU (range 151-175) and Moscow State University (range 201-250), respectively.

In the subject ranking “Physical Sciences,” the universities distinguished lead in such areas as chemistry, physics and astronomy, earth and marine sciences, mathematics and statistics, geology and astronomy. St. Petersburg Polytechnic University moved to the next hundred compared to last year, taking 106th place among the 1149 strongest universities in this area. The leap was driven by an improvement in positions on all indicators, but the greatest success was achieved in such metrics as “industrial income,” “international interaction: foreign students” and “foreign professors,” and “research impact.” The university is among the TOP-5 of the 42 universities representing Russia in this subject ranking: MIPT (47th place), Moscow State University (81st place), MEPhI (98th place), SPbPU (106th place), NSU (range 176-200).

“As we can see from the analysis of TOP-100 world-class universities, the reputation of the university and its scientists among international experts in education and science is becoming one of the key factors that ensure the dynamics of the university’s progress in international rankings. This was especially true in a pandemic, when all participants in the higher education system were forced to rebuild their processes as soon as possible and, most importantly, to minimize the loss of quality in both educational and research activities, despite the remote mode of work. We have successfully confirmed the positive perception of research and educational activities and the positioning of our university in the areas of physical sciences and engineering technologies,” noted the Rector of SPbPU, Academician of the Russian Academy of Sciences Andrei Rudsko1.

This year, Polytechnic University entered the subject ranking of Life Sciences (ranked 483rd in the world) and retained its positions in the ranking of Computer Sciences (ranked 173th in the world) for the first time. In this area, SPbPU has been in the top four Russian universities since last year: MIPT (ranked 91st), ITMO (ranked in the 101-125 range), Moscow State University (126-150), Polytechnic University (173th place).

The university set a positive vector in the line of “Educatio” (ranked 205th in the world), entering the next hundred this year, and strengthened its positions in the “Business and Economics” subject ranking (ranked 263th in the world).

“We have grown well in terms of profitability from R&D, the number of publications per one scientific and pedagogical employee and the involvement of graduate students, showed a significant increase in terms of indicators of international activity due to interaction with foreign teaching staff. We keep being the leading university in terms of attracting foreign students to study in technical areas. It is gratifying to state that this year Polytechnic University got in the subject rankings in the field of Life Science. This is the merit of our scientific groups researching the problems of cancer and Alzheimer's diseases,” comments Maria VRUBLEVSKAYA, Head of the Strategic Planning and Development Programs Department of SPbPU.

It is important to note on the noticeable growth of Polytechnic University, which took the 205th position in the Education subject ranking. Maria VRUBLEVSKAYA commented that such a breakthrough is associated with an increase in the publication activity of teaching staff who share their research on the effectiveness of the implementation of new educational practices and methods, their approaches to assessing the quality of educational activities (distance technologies, project activities, blended learning, problem-oriented learning, etc.).

Prepared by the SPbPU Department of Strategic Planning and Development Programs