The Polytechnic became winners of the BRICS-2022 championship

Students of Institute of Civil Engineering won silver and bronze medals in BIM competence at the international championship «2022 BRICS Skills Competition», which was held from November 1 to 6.

The championship was attended by representatives of BRICS countries: Brazil, Russia, India, China and South Africa. The competition was held in 28 competencies. The fifth year student of Polytech, Alena Fedotova, and the third year student Dmitry Zharkov, under the guidance of international expert of WorldSkills, senior teacher of ISI Anna Korotkova took second and third place in the competition in Building Information Modeling (BIM). 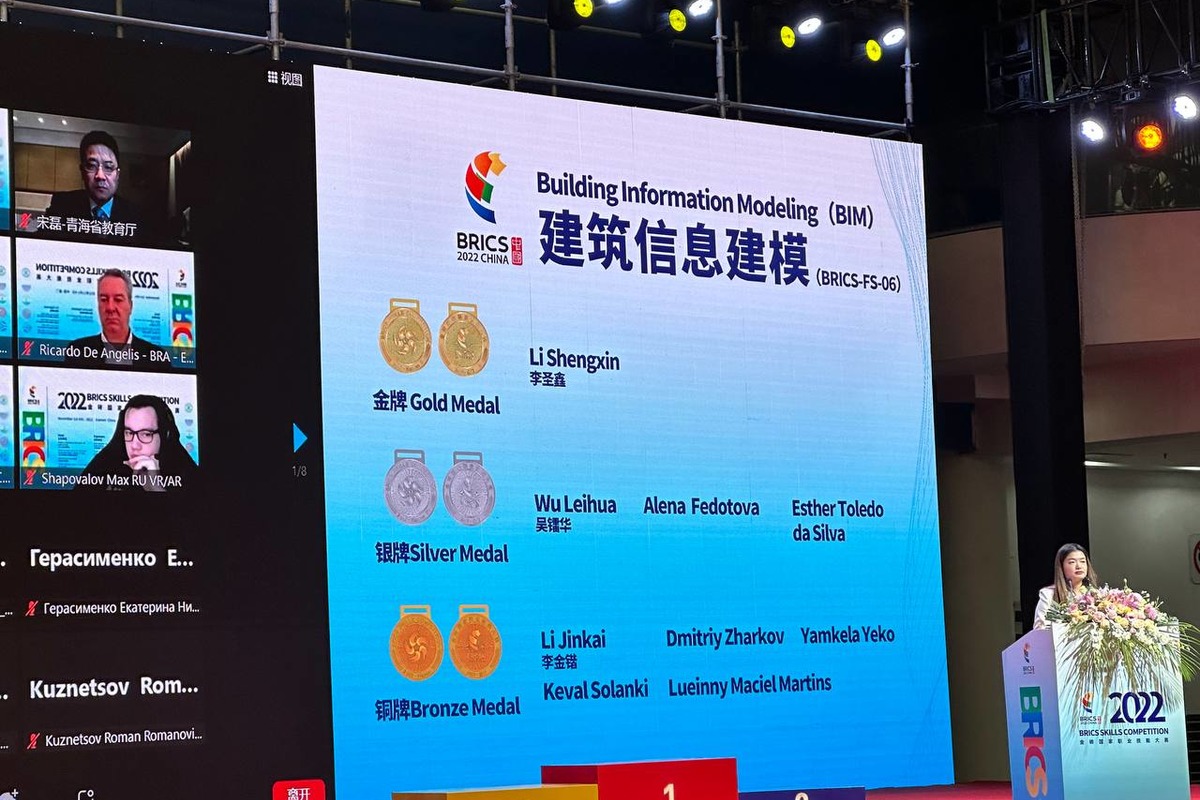 Polytechnic became the venue for the competition in this competence in Russia in 2022.

Polytech students who won the competition shared their impressions about their participation in the championship.

The championship was intense, I had to absorb information in several languages at once, — shared Dmitry Zharkov. — The main difficulty was the transition from the usual software to something else with completely different logic than the programs we were using before. The transition was quite complicated. But thanks to the well-coordinated work in the team we were able to make it!

Prepared by the Office of Public Relations based on information from the Graduate School of Industrial and Civil and Road Construction, ICE