The researchers and teachers of Peter the Great St. Petersburg Polytechnic University have become speakers of the educational project "Open University" many times. For example, in the summer of 2015, the biologists S.V. Nuzhdin and I.B. Bezprozvanny read the lecture on "The main diseases of the XXI century". Some lectures of the autumn course were delivered by the Director of the Institute of Laser and Welding Technologies, G.A. Turichin (he told about the history and prospects of creating 3D-technology), and by the Director of the Joint Science and Technology Institute, M.A. Odnoblyudov, who explained the use of the additive and digital technologies in medicine. One of the main themes of the last "Open University" in the past year was the "Habitat". The Vice-Rector and the Spokesman of SPbPU, Dr. D.I. Kouznetsov said who actually built St. Petersburg; the Professor of the Department "Construction of Unique Buildings and Structures" of SPbPU Institute of Civil Engineering Y.G. Lazarev wondered whether it was possible to save St. Petersburg from traffic jams; the Vice-Rector for Innovative Projects, the Scientific Director of the Institute of Advanced Industrial Technologies (IAIT), the Head of the Engineering Center "Computer Engineering Center» (CompMechLab®) of SPbPU, A.I. Borovkov delivered the lecture "How bionic design changes production?". 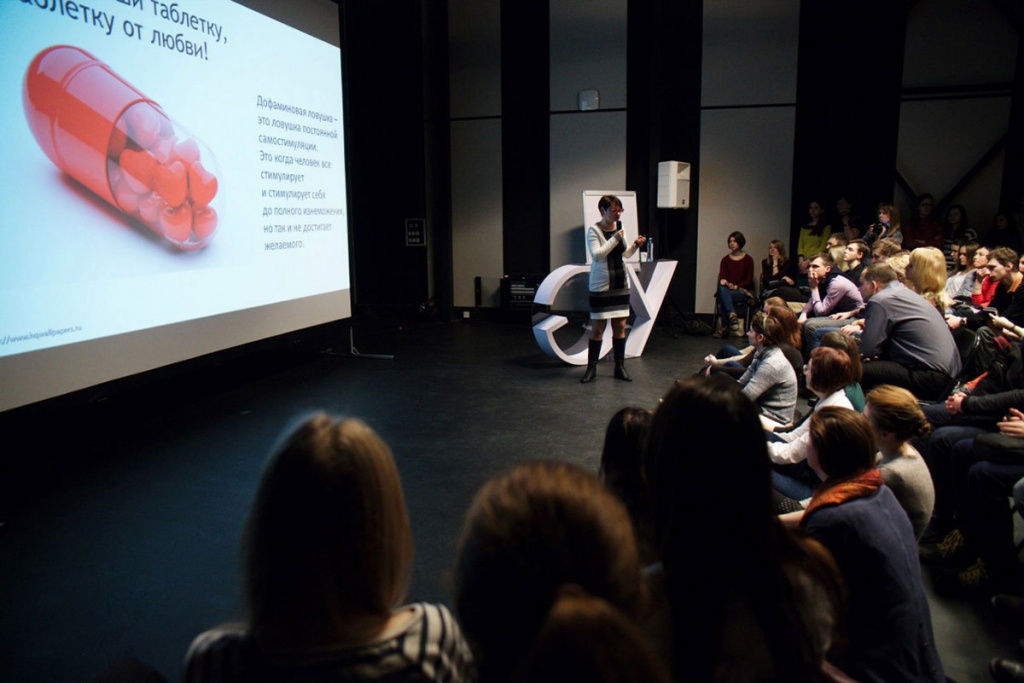 In the new season the project is successfully continued. The first event in 2016 was held last weekend - the representatives of our University also took part in it. However, this time the lecturers were not only university professors, but also graduate students, artists and journalists. They discussed, as always, the most relevant issues - this time it was the economic crisis. Experts and researchers considered it from different points of view – not as poor state of economy and unstable political situation, but as a watershed moment and time for global changes, when future seems even more uncertain than usual. They talked about the economy, medicine, feminism, ecology, popular culture and new technologies. Some lectures and discussions were focused on global issues, while the others concerned more specific ones. 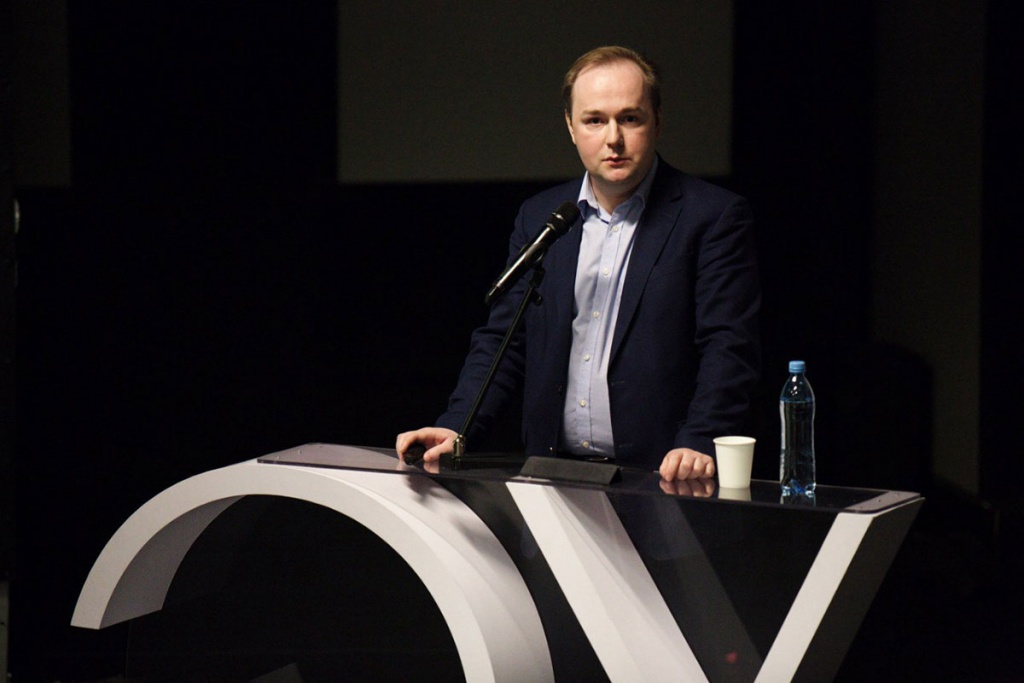 The Deputy Director for Innovation and Entrepreneurship of the Institute of Advanced Industrial Technologies, the Director of the Project Office Program "5-100-2020", S.V. Salkutsan gave the lecture "What is a "Think Tank"?". He claimed that for the successful existence of the state and organizations it was necessary to develop the concepts of how they were supposed to develop. He also explained how such concepts could be searched, how "think tanks" worked and what they produced. "The idea of "Think Tanks" is not new. Initially, when we were talking about "think tanks", we were talking about the crisis. Crisis frightens people, but it can also give an opportunity to find something new. The most important thing in the crisis is not to find the one to blame, but to answer the question "what to do?" The crisis affects all areas, including ideas and thoughts. For example, when it came to import substitution, we realized that we were 90 % dependent on import. How to rehabilitate it? We mustn’t copy, we must create something our own, something different, something better, we must change the sector", said Sergey Vladimirovich.

There were also four more lectures in the framework of the "Open University". The journalist and Editorial Director of the Publishing House "The Moscow Times", Yuri Saprykin in his lecture told about the phenomena of the pop culture of the new millennium, explained why people think that popular music doesn’t have anything new anymore, how mass films "eat" their own past, where rumors have disappeared and what came to replace jokes, and how such notions as originality and authenticity are changing in digital environment. 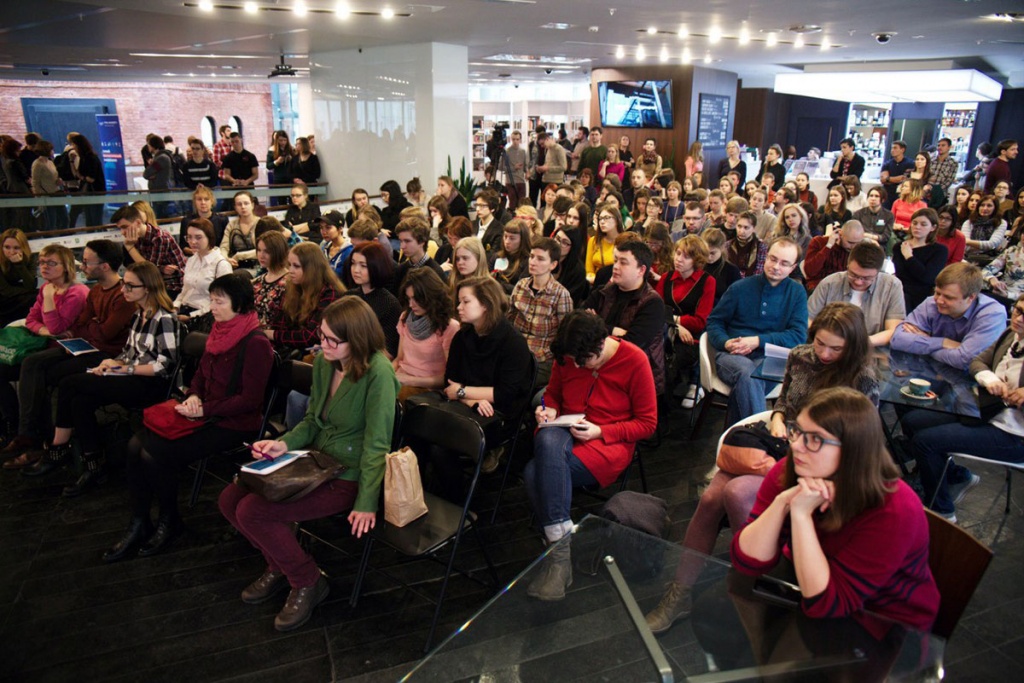 The Rector Advisor on Development of ITMO University, the founder of the technobroker company "Business Alliance", Oleg Malsagov gave the lecture about Russian technologies needed for industry today. The Dean of the Economics Department of the European University in St. Petersburg, Maxim Buev revealed what economic forecasts could be trusted today.

The Senior Research Associate in the Laboratory of Neurobiology of Integrative Brain Functions of the Institute of Experimental Medicine, PhD in Biology Marina Karpenko dedicated her lecture to the interaction of dopamine and brain. She also said what was in common between love, schizophrenia and Parkinson's disease, and why there was still no "golden" pills which would cure brain diseases without causing harmful side effects to health.

There were also some debates. The Research Associates of ITMO University Elena Bykovskaya, Irina Timofeeva, Alexandra Mayurova and the Research Associate of the Institute of Experimental Medicine, the curator of "ArtBioLab" in the Sound Museum, Alexander Efremov had a discussion on the topic "Do we really have "bad" ecology and what can be done for the future of the planet right now?". The experts explained the terms that were on everyone's lips, and spoke about the importance of multidisciplinary and systemic approach, breakthrough technologies and commercialization of ecological initiatives. The Deputy Chief Editor of the "Journal of Social Policy Research" Alexander Kondakov, the Research Associate of "Gender Studies" program of the European University in St. Petersburg, Ekaterina Borozdina and contemporary artist Polina Zaslavskaya argued on the topic "Is feminism possible in Russia?".

The latest, already the fifth "Open University" has confirmed that free lecture format is still popular with the residents of our city. And the feedbacks in social networks are a plain evidence of that: "I like when educational lectures are held in the cultural venues. Open dialogues in the Mayakovsky Library, "Open University" on the New Stage of the Alexandrinsky Theatre. <...> I’m very glad that Russia has begun to move towards the popularization of science and education, and that universities and libraries have come to life and begin to see themselves as the storage of accumulated knowledge, as those who keep pace with the time and the most important thing - those who shape future"(Anatoly Bondarenko ).