- Lokesh BISHT is a graduate of the international dual-degree educational program “Intelligent Systems”, which is jointly implemented by Peter the Great St. Petersburg Polytechnic University and Leibniz University of Hannover (LUH; Germany). Lokesh came from the Indian city of Nainital, studied for a year in Russia and another year in Germany. In his interview with Polytechnic International Office, Lokesh BISHT talked about his life in Russia, how he participated in a dance festival, wrote his Master’s degree thesis on driverless cars, and shared his plans for starting his own business. 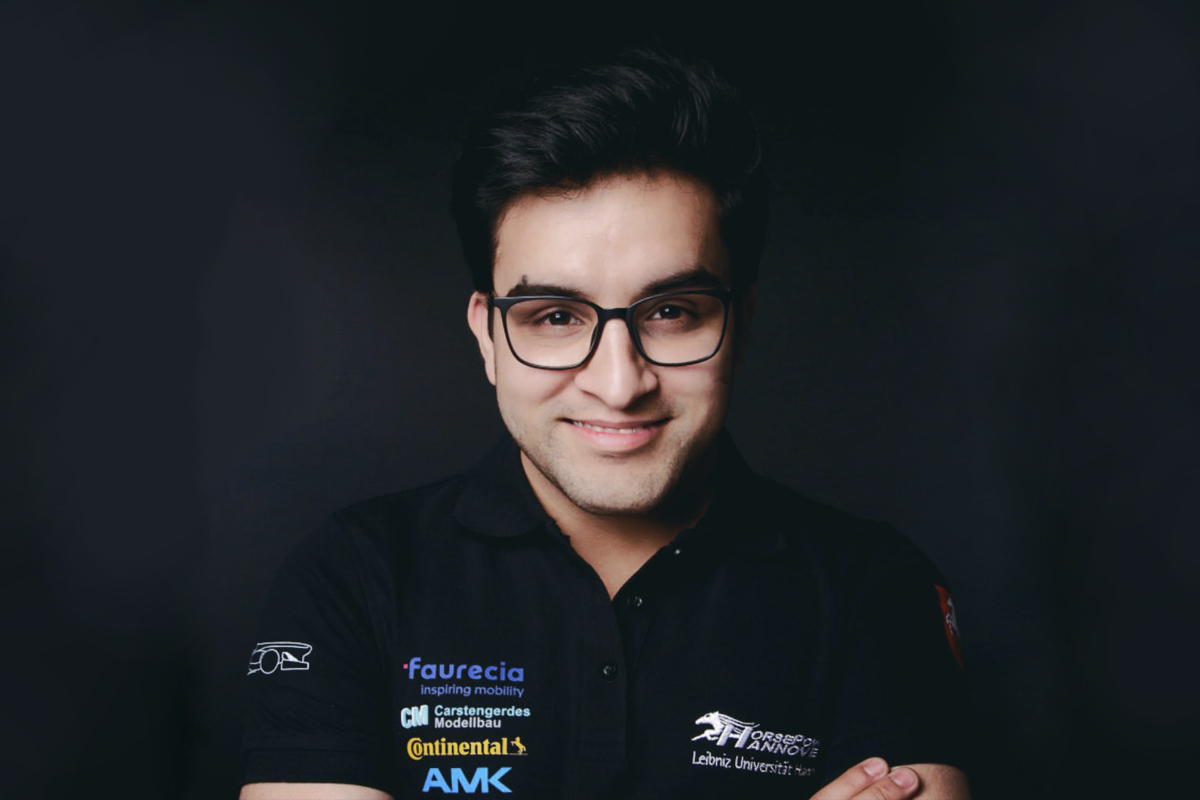 - Lokesh, how long have you lived in Russia? What do you remember?

- I lived in Russia for a year while I was studying for my master's degree. I loved it very much! Life was amazing, I enjoyed every day. I still miss Russia and want to come back sometime. In general I would like to come to Russia every year, I really like your culture. St. Petersburg is a beautiful city, almost every weekend we went to different parties, it was a lot of fun. In addition to my studies, I was on the dance club team, we participated in the STU DANCE CUP interuniversity dance festival.

- Do you think people in Russia and in India are similar?

- They are not exactly the same, they have a little bit different culture, but in terms of enjoying life, I think Indians and Russians are the same! We similarly enjoy everyday life.

- Why did you decide to study in Russia?

- It is because of the program. I wanted to study mechatronics and artificial intelligence. I researched all the universities around the world that offer this kind of course. And I found this international program at the Leibniz University of Hannover, where the mechatronics course is in Germany and the intelligent systems course is in Russia. The good part of this program is this duality in countries, it gives me extra exposure and extra learning of two different cultures and two different types of education systems as well. The second good part for me is that Polytechnic University is highly rated on international education ratings. And, of course, the city: St. Petersburg is a very beautiful city and it is a good place to study.

- Was it the dual degree program you wanted to study for?

- Yes, I wanted exactly a double degree program. You experience two cultures, study a lot of material and get two diplomas – that is an extraordinary opportunity. 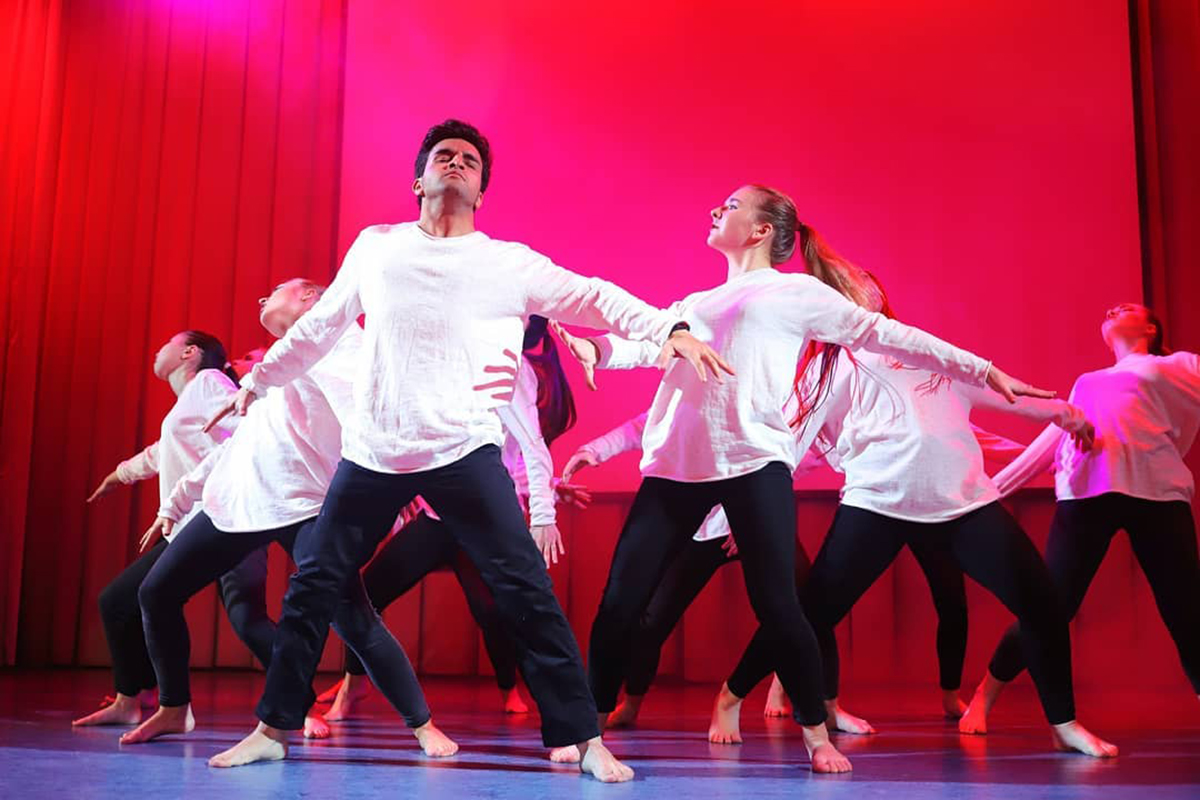 - Tell us a little about your studies, was it easy to study at Polytechnic University?

- I would say it was relatively easy. The Russian education system has a good balance, students can study, but they also have time to enjoy life. Also in Russia, the grading and examination system is not as complicated as, for example, in India. I think this is good because while studying you don’t think about grades and final exams, but concentrate on the learning process.

- What subjects did you enjoy the most?

- And in general, what are your impressions of the Polytechnic teachers?

- I noticed that they love their work, the way they teach shows how passionate they are about the subject and the process. Many Russian teachers have a good level of English, which is a big plus. Because if you have a lot of knowledge, but your language skills are not very good, it's going to be difficult to convey them in an accessible way.

- How did your relationships with your classmates develop?

- In our group, there were three students from Russia, and the rest were from other countries. We formed a very warm relationship, we continued to meet and communicate in Hannover.

- I was lucky to find such friends!

- What was your Master’s degree thesis about?

- My thesis topic was “An improved SLAM system for autonomous vehicles”. Autonomous vehicles can be driven by themselves, they are also known as self-driven cars, for example, Tesla and other companies. And SLAM is known as Simultaneous Localization and Mapping. It helps to understand the path of the car that is going on the road without a driver and the map around it. It is a very complex process. So my thesis was describing the problems of the SLAM algorithm and I improved this algorithm by few points. 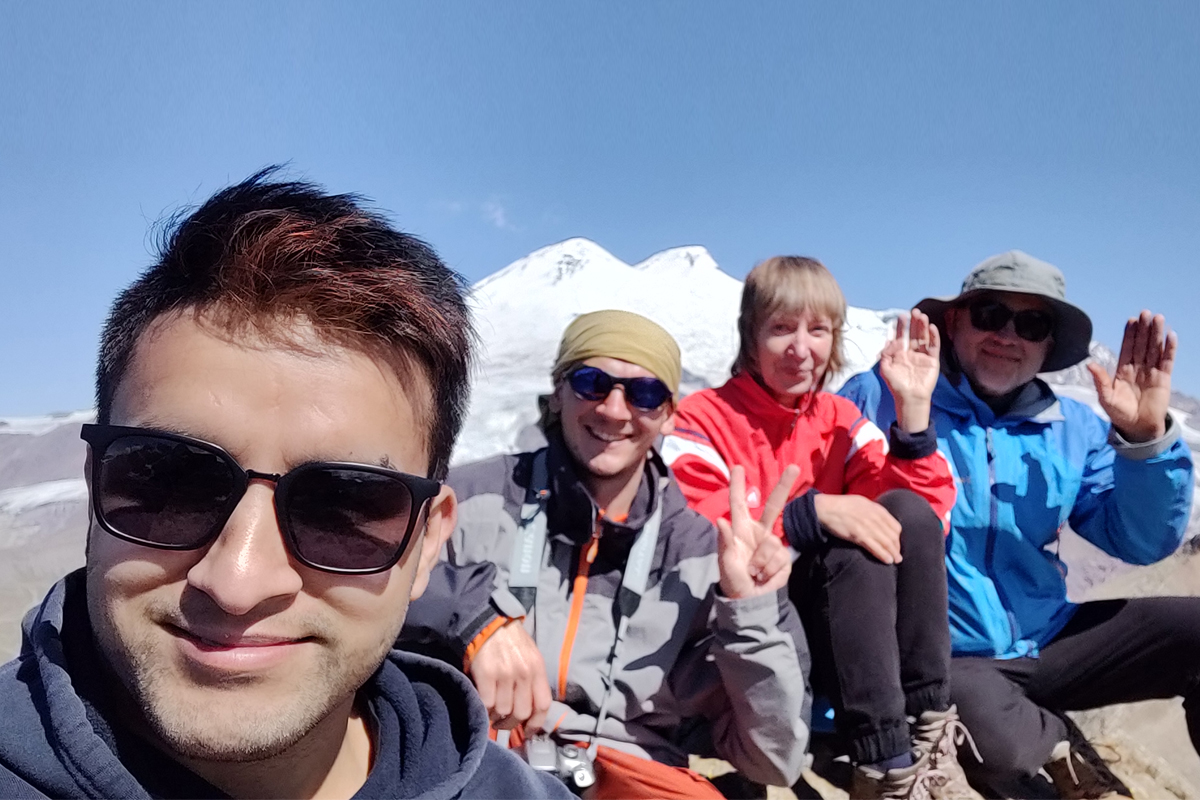 - What are your plans for the future? How are you going to apply your knowledge?

- I plan to work in Germany and Europe, I already work with Volkswagen on their self-driven cars, so I practice all knowledge I got in Russia and in Germany. I want to get industrial work experience and implement all my artificial intelligence, deep and machine learning knowledge, and then I would like to start my own business in the field of artificial intelligence. But it will take some time.

- What advice do you have for students who want an international education?

- There are some things that I wish I could have done better. In Russia, you will have a lot of time to do self-study unlike in Germany, where things are strict. There you will have to spend time on your courses and studies, but in Russia, you got time. So instead of having a rest too much, which I did, I think you have to have a balance.

It’s better to work on some real-world projects while you study, to implement what you have learned at the same time in some projects. Then you will be able to list them on your resume or CV. It should be some real-world projects, not copied from someone. For example, you solve a problem, make mobile phone applications, etc. It can be not a big project, but a real one. Then you will have some experience that you will need for your future work.