For the eleventh time SPbPU hosted the Engineering competition “Rector’s Cup”, the regional series of the European Engineering Competition. This year challenge brought together about 500 people with over 120 teams enrolling in the competition. 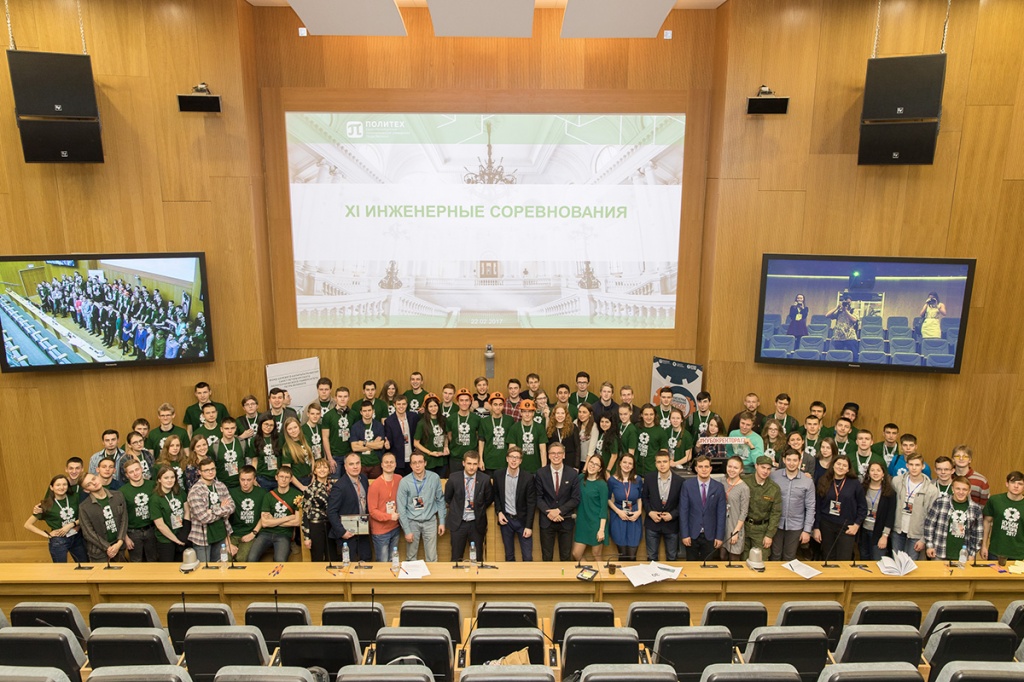 On February, 16 the eliminations determined 36 teams who topped the leaderboard for the finals after presenting their independent projects. The Polytech students were challenged in two main categories: Team Design and Case Study. The first category involves the construction of a device according to the set criteria, whereas the other one is a case study aimed at solving a current technical, economic or social problem. The semi-finals were held alongside the career festival Start Career Day, where students could learn of the job and training opportunities at largest companies of St. Petersburg and attend master classes and lectures given by the companies’ representatives. 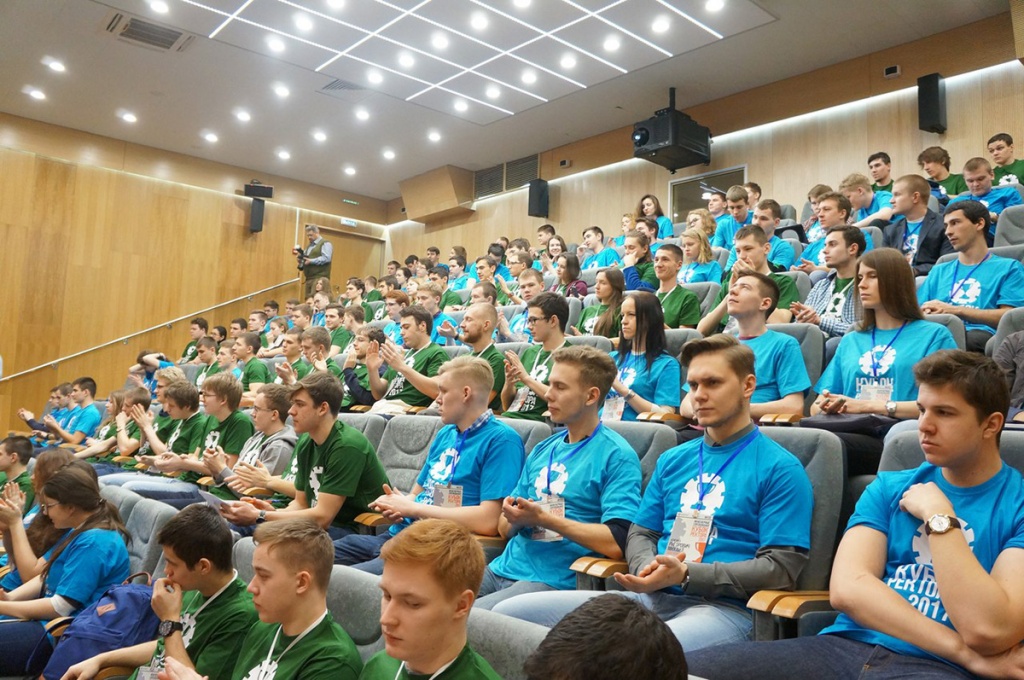 Speaking of the renowned companies, this year event was supported by “Dell EMC” and “Procter & Gamble” who provided challenges and prizes for the competition. SPbPU contributed too, funding the monetary awards to the winners of the competition with the Endowment funds of Polytech. 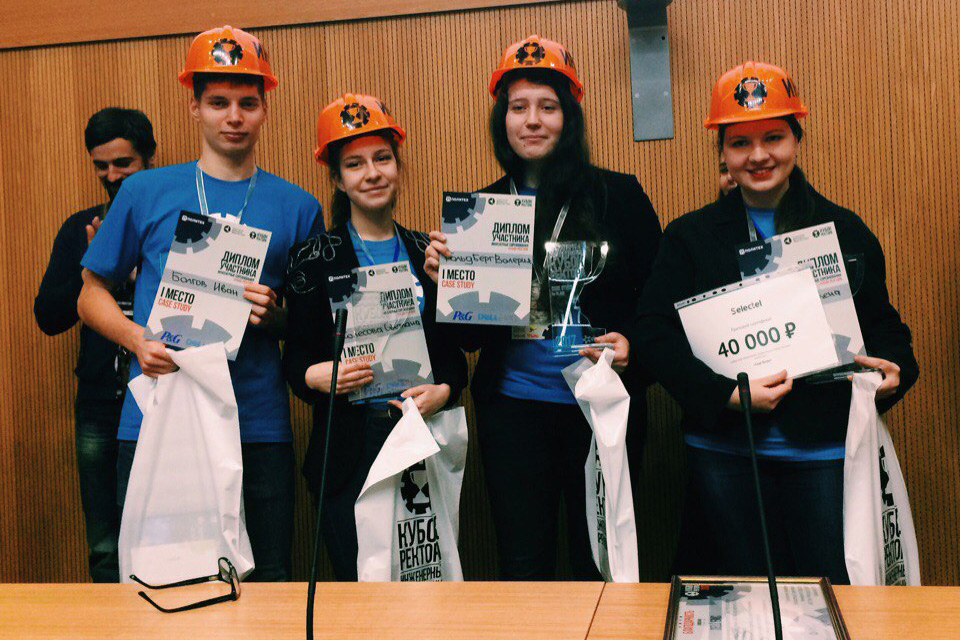 The Case Study challenged the participants to find a merchandize or a service already in existence and virtualize it. The winners in this category were the team of third year students of the Institute of Applied Mathematics and Mechanics called “Merituri” – Elena Kozlovskaya, Valeria Goldberg, Svetlana Kolesova and Ivan Bolgov. They developed a beauty app which allows to choose proper make-up according to the occasion or facial features. 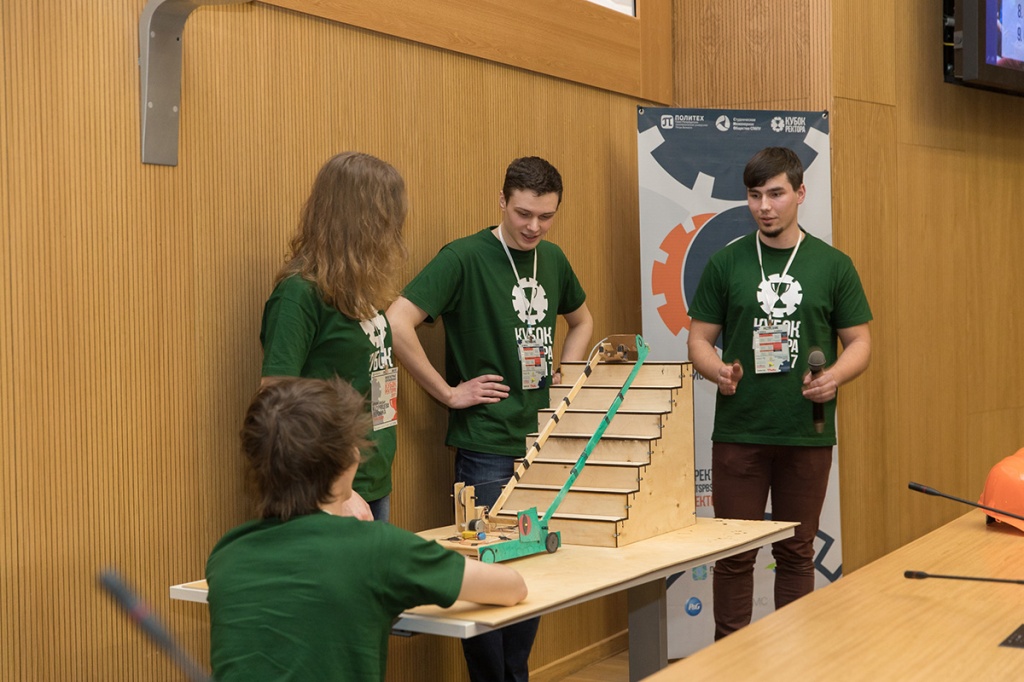 In the Team Design category the participants were to build a device which would lift a small wooden figure of Ruslan bear up the stairs using only a limited amount of materials. Ruslan is considered a symbol of the Student Engineering Society of Ploytech. The award went to the most reliable construction which delivered the bear to the top of the stairs safe and swiftly. It was designed by the four-year students of the Department of Mechanics and Control Systems – Margarita Murzina, Roman Fasakhov, Nikita Dervenev, and Aleksei Minkin, all together a team called “Generation 3D”.

Both teams will be representing SPbPU at the European Engineering Competition this spring. 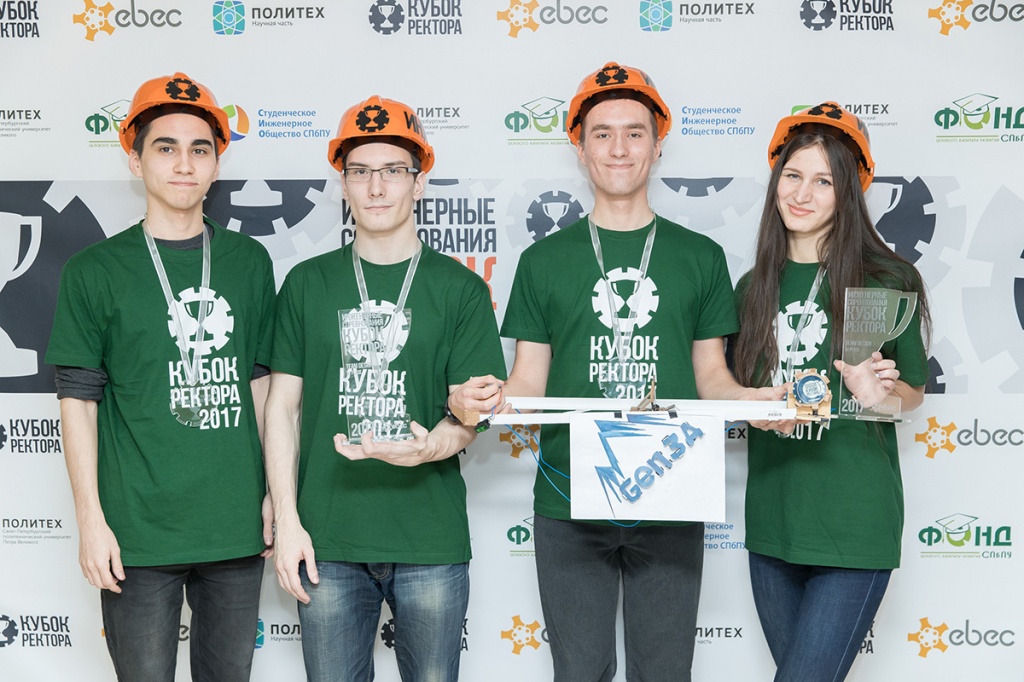