The Polytechnic University is Open for Everyone!

At least this statement is true in the context of our university participating in the educational project “Open University”. On November 7-8, on the New Stage of the Alexandrinsky Theatre representatives of the Polytechnic University together with the best teachers of other St. Petersburg universities again gave free lectures to all comers.

To enroll here there is no need to hand in a school certificate or any other document about graduation from any educational institution. The organizers of the “Open University” proceed on the basis that the only things necessary are greed for knowledge and some spare time to begin a new “student” life! Academic process here is so flexible that the “students”, whose only objective is to broaden their mind and improve general knowledge, get an opportunity to follow an individual curriculum.

This time “Habitat” became one of the main topics of the lectures. St. Petersburg is a dynamic European city, deeply enrooted in the historical context and local traditions. The guest lecturers spoke, among other things, about how St. Petersburg acquired its today’s appearance, if it is possible to eliminate major drawbacks from our city, like traffic jams and protect it from future natural disasters, about how far today’s St. Petersburg is from the “smart city” conception. 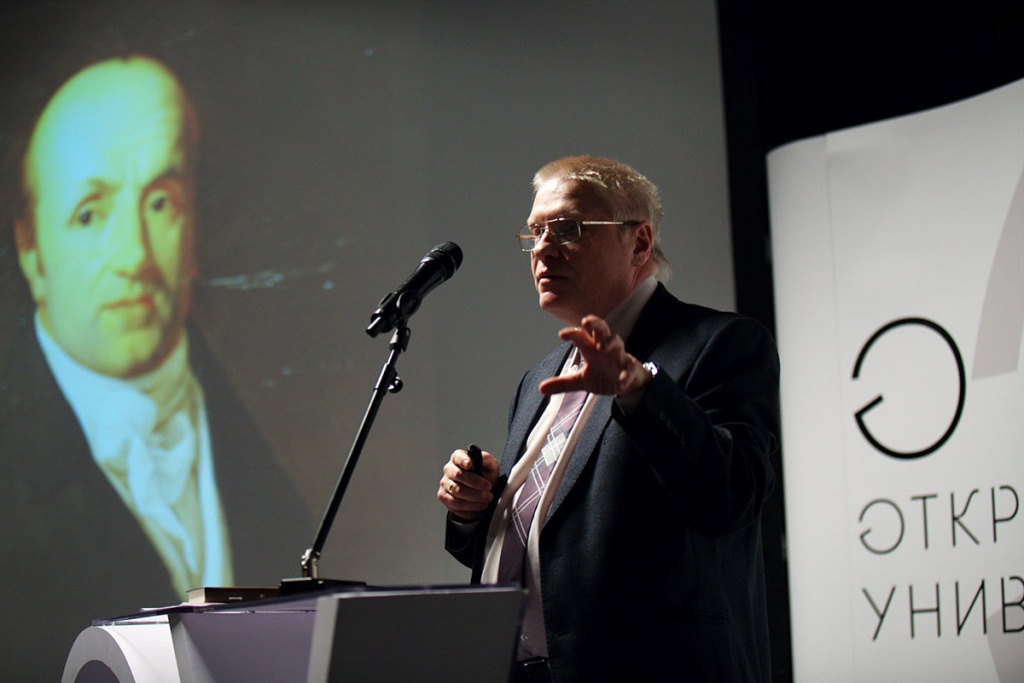 Vice Rector, Press Secretary and Doctor of Philosophy, D.I. Kuznetsov spoke about those who built St. Petersburg. The audience learnt that our city obtained its present look thanks to Agustín de Betancourt: “Even though only 15 years ago very few people knew about him, our city owes a lot to him. This famous Spaniard created a lot of wonderful engineering projects, including bridges and hydraulic engineering structures, powerful steam engines and even architectural and park ensembles. Moreover, it was him who was one of the originators of the national higher engineering education”. 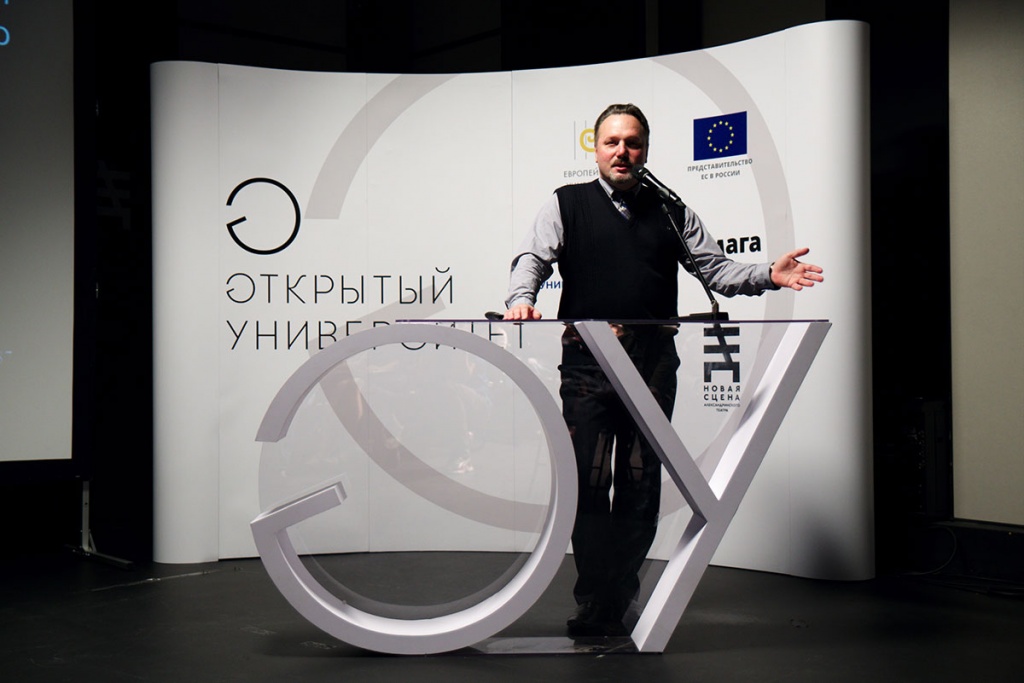 Professor of the Department “Construction of Unique Buildings and Structures”, of the Institute of Civil Engineering of SPbPU, Y.G. Lazarev speculated about whether it is possible to save St. Petersburg from traffic jams. In his opinion, the main cause of the current situation is the old-fashioned infrastructure and soaring traffic. These problems can only be solved if the city roads are reconstructed and widened and if modern traffic control systems are used. “Today we are planning the following solution: we, knowing in advance, where we are going to get stuck in a traffic jam, let’s say, before Alexander Nevsky Bridge, order by phone a passage along an additional priority lane. We pay via phone and go without handicaps. It is possible to organize traffic lights in such a way so that they will show you a green corridor according to a certain time, but we also have to stick to a certain speed. In this case drivers will need to be disciplined!” – shared his ideas Yuri Georgievich. He also spoke about the need to enlarge parking areas, develop public transport making it more accessible and comfortable.

One of the speakers of the “Open University” was A.I. Borovkov, Vice-Rector for Promising Projects, academic advisor of the Institute of Advanced Industrial Technologies (IAIT), head of the “Computer Engineering Center” (CompMechLab®) of SPbPU. In his lecture “How does bionic design change production?” he presented a principally new approach – bionic design – to developing “best-in-class” optimized structures, when parts, elements of structures and finished products remind of the structures existing in wildlife. “The objective is to find solutions, using modern computer engineering, optimization and additive technologies, which would be as perfect as those created by nature over thousands of years of evolution. So the structures developed in this way may remind of some natural structures,” – explained A.I. Borovkov. 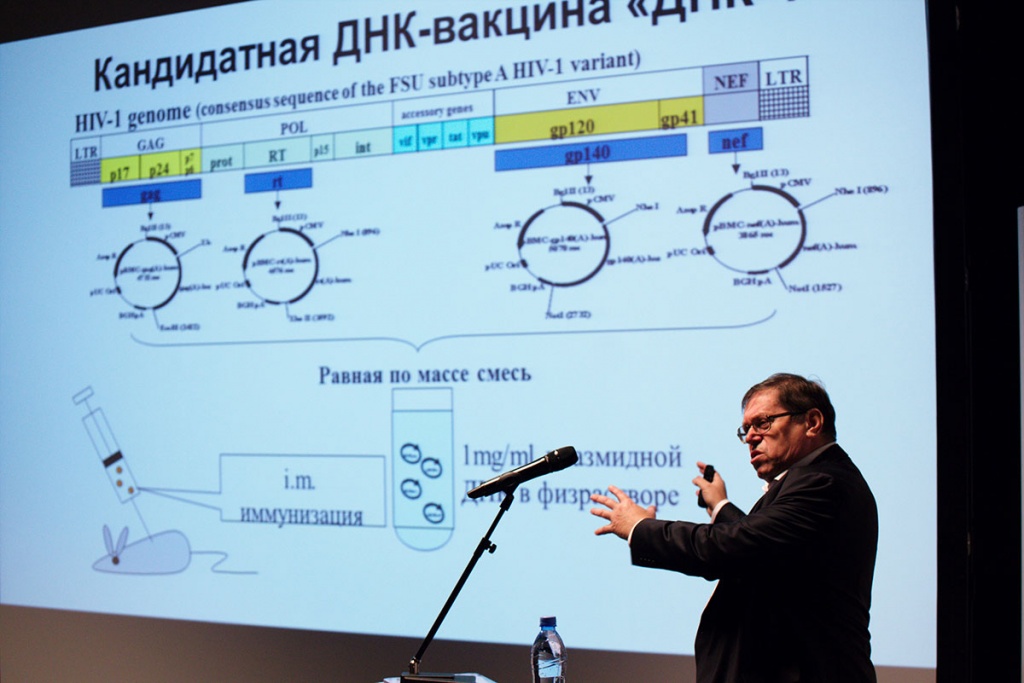 In the section “The Third Law of Clarke”, a lecture “Is vaccine against AIDS and cancer possible?” was given by the academic adviser of the Laboratory of Molecular Oncology and Virology of the Centre of Promising Research of SPbPU, Andrei Kozlov. The third law of Clarke, describing the world of the future, says that any well-developed technology will be indistinguishable from magic. The participants of the section tried to answer the question about which technologies seem to be dreamlike today but can be implemented within the following decades.

According to the “students” each lecture of the guest speakers was interesting and educational in its own way. Problems were discussed, solutions were suggested and this means that research is being done and will surely bear fruit!

According to the tradition, the visitors of the “Open University” had an opportunity not only to listen to the lectures, but also meet founders of the project. We remind that the “Open University” has been organized by the teams of the internet publisher “Bumaga” and “New Stage of the Alexandrinsky Theatre”, initiators of the project are the Polytechnic University, ITMO University, European University in St. Petersburg. The organizers expressed their special gratitude to the business incubator “Polytechnic” and the students of the department of the Institute of Civil Engineering who “succeeded in accompanying the speaking lecturers at the information stand of the Polytechnic University”. One of the projects, represented at the stand of the Polytechnic University was the project of the residents of the business incubator “Polytechnic” – LeninCraft. Thanks to the technology “Added Reality for Museums” that they developed, exhibitions and expositions of museum centers can be more interactive and “come to life” within the sight of the visitors.