Professor Friedrich Wagner: “Why Should We Study Plasma Physics?”

An outstanding scientist, foreign member of the Russian Academy of Sciences, Professor Friedrich Wagner is a frequent and welcome guest at Polytechnic University. On November 2, 2018, in the framework of the cycle “Meetings with prominent scientists, organizers of science, education and culture at SPbPU”, the professor delivered a lecture for Polytechnic University students entitled “Why should we study plasma physics?” 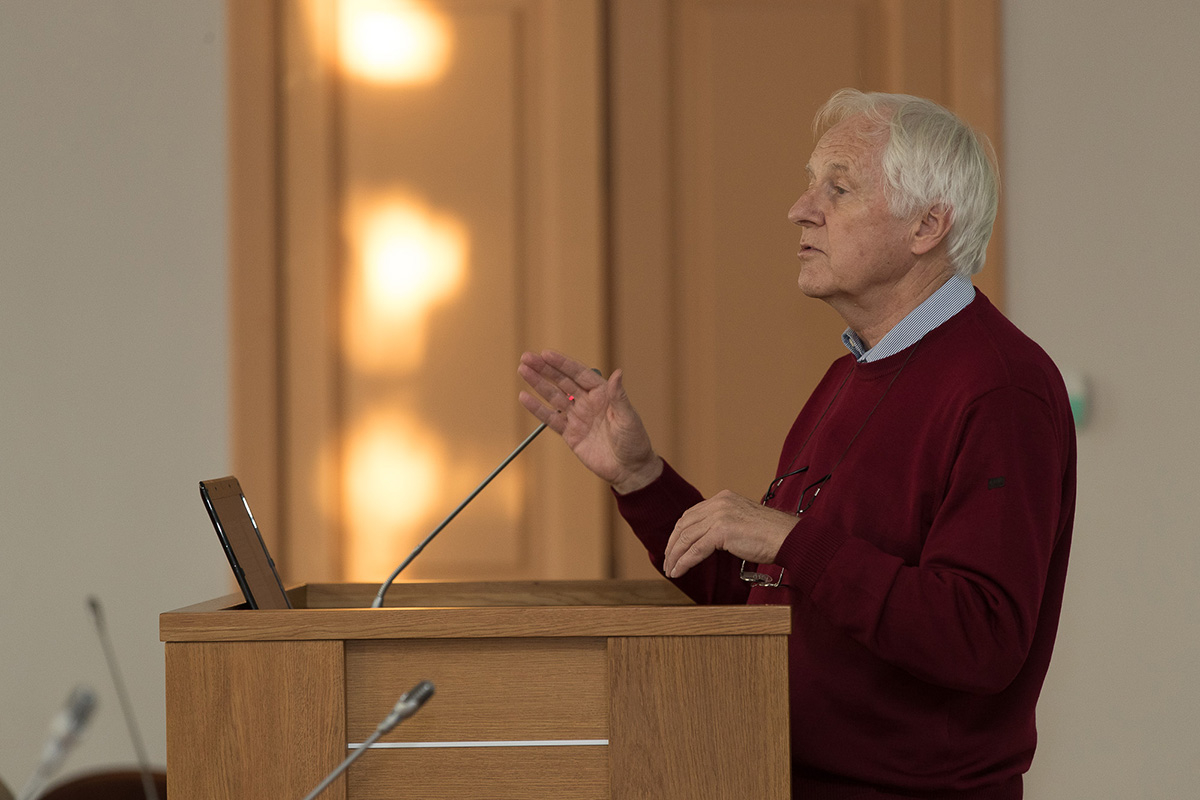 The rhetorical question in the title of the lecture is definitely present: plasma is the fourth aggregative state of a substance along with its three main states - liquid, solid and gaseous. The plasma is literally filling the entire Universe, while in nature it can be observed in the form of atmospheric discharges and visual auroras. What's more, our planet is surrounded by plasma: the Earth’s radiation belts also consist of plasma.

“Plasma is a partially or fully ionized gas. Its properties are absolutely unique: its particles are easily affected by electric and magnetic fields and can be engaged in various ordered motions. Plasma conductivity increases with the degree of ionization, and at sufficiently high temperatures it can be considered a superconductor,” the lecturer noted.

Where are superconductors used? In nuclear power first of all. This area is closely connected with the research in plasma physics. “Every year, human beings consume more and more power. We do not know how much energy the world will need, but it is absolutely clear that with each new generation, its consumption will raise,” Professor WAGNER stressed. 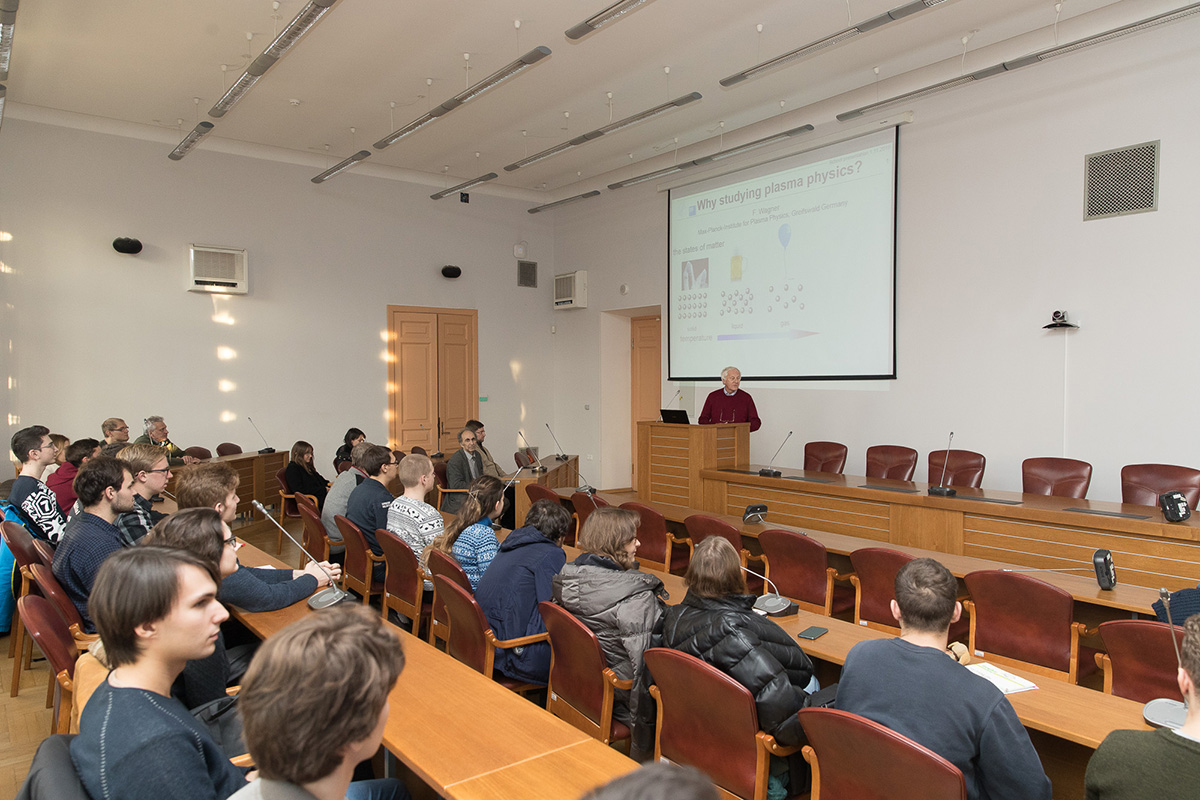 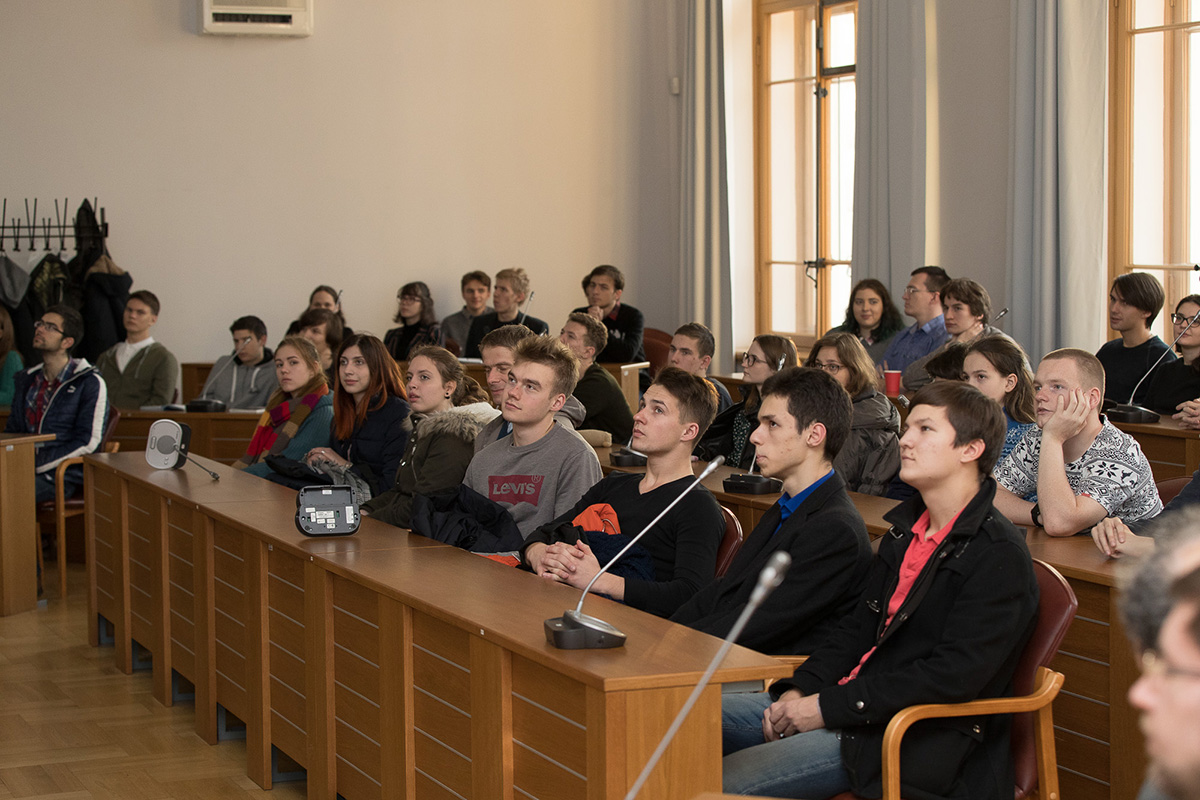 How to replace raw minerals? How to get an inexhaustible source of energy? Friedrich WAGNER devoted a special part of his lecture to these questions, describing the construction of the International Thermonuclear Experimental Reactor (ITER) in which Russia (and Polytechnic University in particular), China, India, the Republic of Korea, Japan, the United States and countries of the European Union participate.

For more than a decade, scientists from all over the world have been trying to solve the problem of thermonuclear fusion, bit by bit approaching to its solution. ITER has developed into another “bridge”, which, as experts expect, will eventually help the humanity to get the first “thermonuclear” electricity.

“As you could see, plasma physics is an interdisciplinary field that includes thermodynamics, hydrodynamics, electromagnetism, and atomic physics. This is one of the reasons why plasma physics is worth studying. The other reason is philosophical. Scientists should perceive the world, understand the processes that had been taking place in our Universe, and, generally speaking, work on the frontiers of the known,” Professor WAGNER concluded.