The qualification phase of the “Open Doors: Russian Scholarship” Project intellectual academic competition (Olympiad) is in full swing. Let us remind that to compete in it one has to be a qualified aspirant for the future Master’s degree diplomas. Winners of will get the chance to get tuition-free Master’s degree education at the leading Russia’s universities, choosing from the educational programs offered at the 21 participant universities of the 5-100 Project. 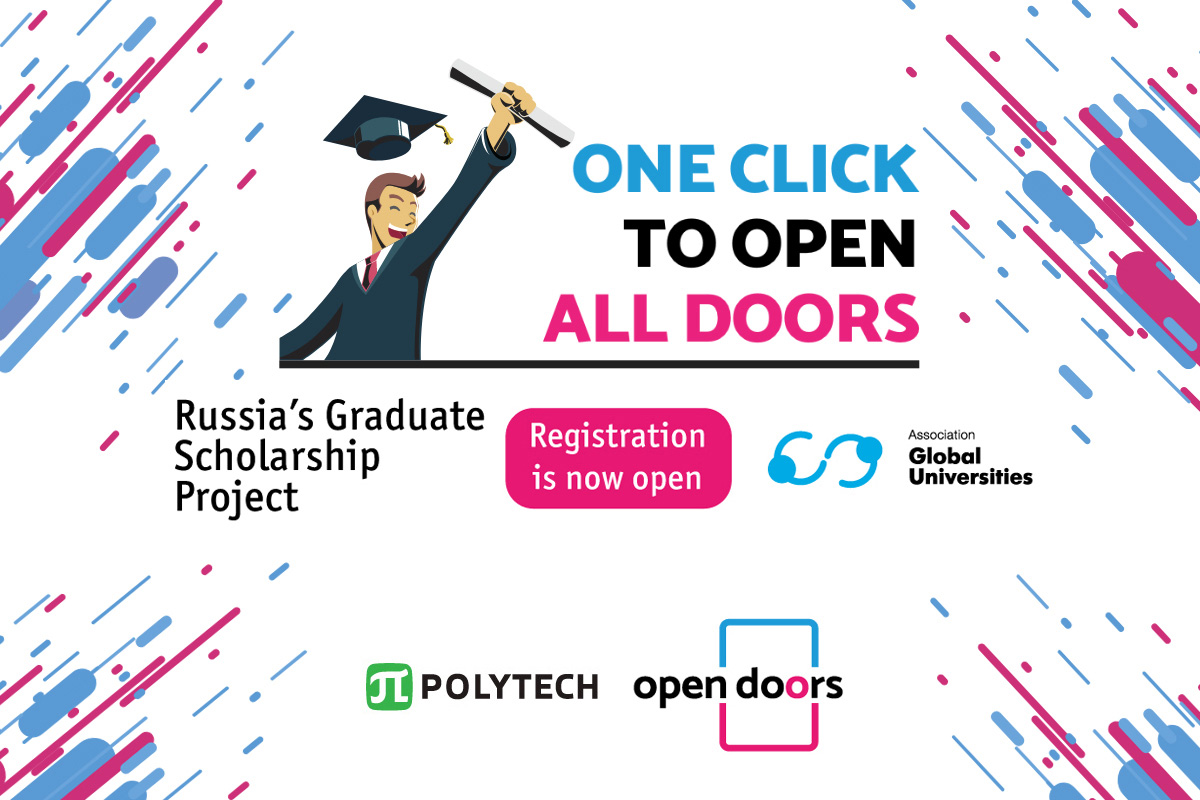 The “Open Doors: Russian Scholarship” Project is taking place with support of the RF Ministry of Education and the Rossotrudnichestvo Agency, while its organizer is the Global Universities Association.

The Olympiad of “Open Doors: Russian Scholarship” Project is carried out in the Russian and English languages and consists of two stages. The first, qualification, stage is implemented as a portfolio competition and will be concluded by January 31, 2019. The second, concluding, stage will be held as online testing. It will take start on February 18, 2019 and last through March 7, 2019.

The winners of the Olympiad will get the opportunity to choose among four areas of study: mathematics, physics, economics, and computer science. Each of those includes several fields of study. This year, Peter the Great St. Petersburg Polytechnic University is one of the co-organizing universities in three fields of study: mathematics, physics, and computer science. The winners of the “Open Doors” should be able to continue their education at our university in more than 70 fields of study, including mathematical modeling, systems programming, cosmic physics, biophysics, nuclear physics, innovative construction methods, computer engineering, etc.

The list of the winners and awardees of the Olympiad will be published on the official website of the Project.