In the framework of the International Polytechnic Week the guests of the forum had an opportunity to attend an open interactive class called” Russian is easy!” that was taught by director of the Russian Language Center Mrs. I.I. Baranov. 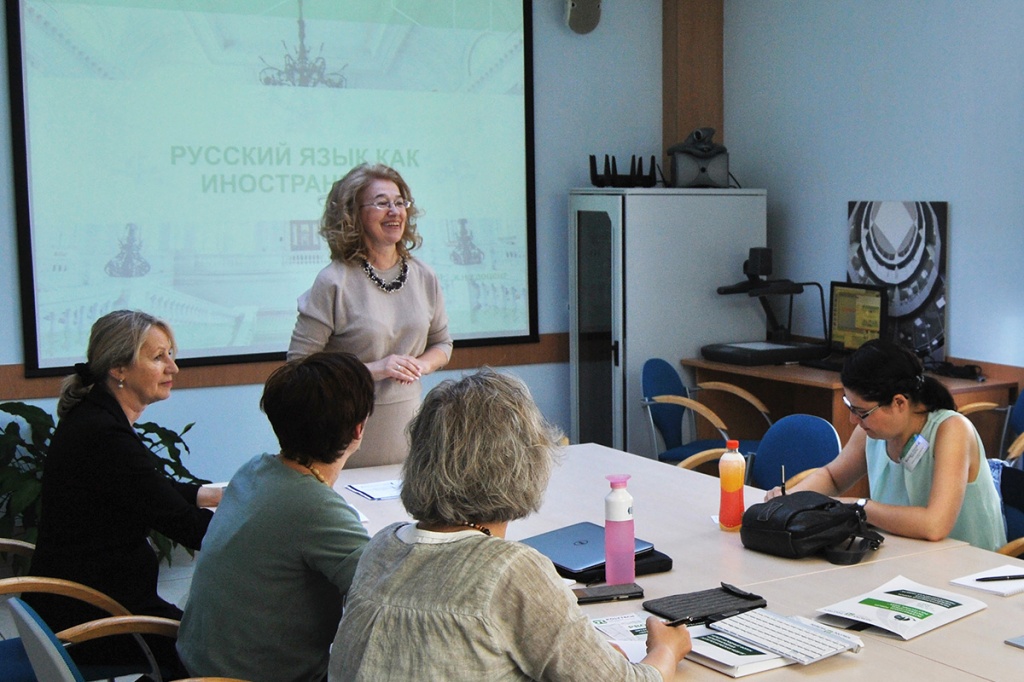 The class was attended by teachers from Germany, Belgium, Chile and the Czech Republic. ‘You are about to get a taste of your own medicine”, - joked Irina Baranov, ‘ - because our conversation is about to switch to Russian’. In fact, right from the start the class was conducted in Russian. First the greetings came then the conversation moved on to occupations and home countries of the participants. The task was greeted with enthusiasm: each of the participants took his turn at the interactive map and gave a description of his city and country following the instructions of the teacher. In the end each of them came up with a small but informative story.

The next stage of the lesson was dedicated to the Russian alphabet. First the vowel sounds were spelled and everyone found them easy. A problem arose with the spelling of the letter «Ы» which has no equivalent in most European languages. The letter «Ё» which is often ignored by Russians themselves caused pronunciation problems as well, but a couple of practices and repetitions helped the learners master the Russian vowels and sing them together. The lesson was planned so that the learning process was going from simple things to more complex ones as the lesson progressed: the introduction into vowels was followed by the study of consonants and reading of words, combination of words and sentences. The first word that was easily read by everyone was the word «мама» (“mother”). The presentation slides kept displaying more and more new words and phrases. As the participants were reading them aloud one by one, it suddenly occurred to them that learning Russian is not that hard as it had seemed.

The lesson involved much practice to increase the students’ participation. Irina Baranov was eager to ask questions and asked her students to go over some points of the lesson one more time. Once the group was through with the alphabet, they had a more complicated task to fulfil – they had to make up a dialogue! They started with a short dialogue consisting of just two phrases that later continued with new lines. 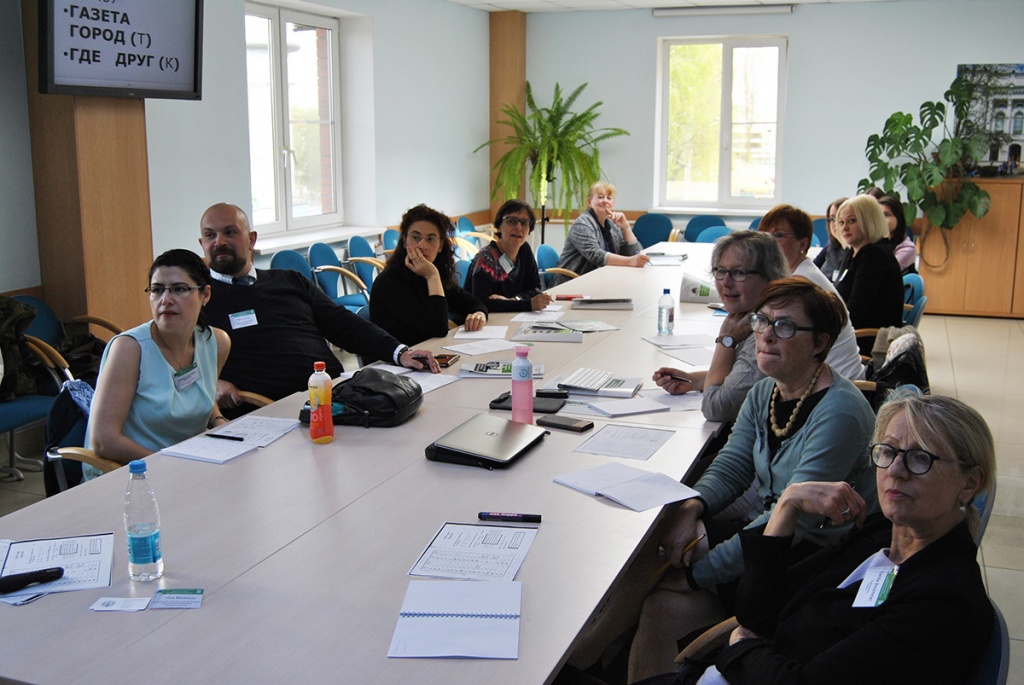 The guests had a chance to become familiar with the basic Russian, learnt to make simple introductions, exchange phrases, stay attentive and active. All of this helped establish a relaxed and friendly atmosphere. The experience and knowledge they gained will undoubtedly be applicable in the future.

“The Polytechnic university has always shown a high level of Russian language teaching which the representatives of the international academic community just made sure of”, - concluded director of the High School of International Educational Programs Mr. V.V. Krasnoschchekov. He also remarked that the lesson given by Mrs. Baranov stimulates understanding between peoples and interuniversity cooperation.