Employees of Egypt’s first nuclear power plant, El-Dabaa, successfully completed a course in Russian as a foreign language and received certificates. The training was organized by the Rosatom Technical Academy as part of the comprehensive training of specialists for this NPP. The training package, designed for accelerated language mastering, was developed by teachers of the Russian Language Center of the Higher School of International Educational Programs at SPbPU. 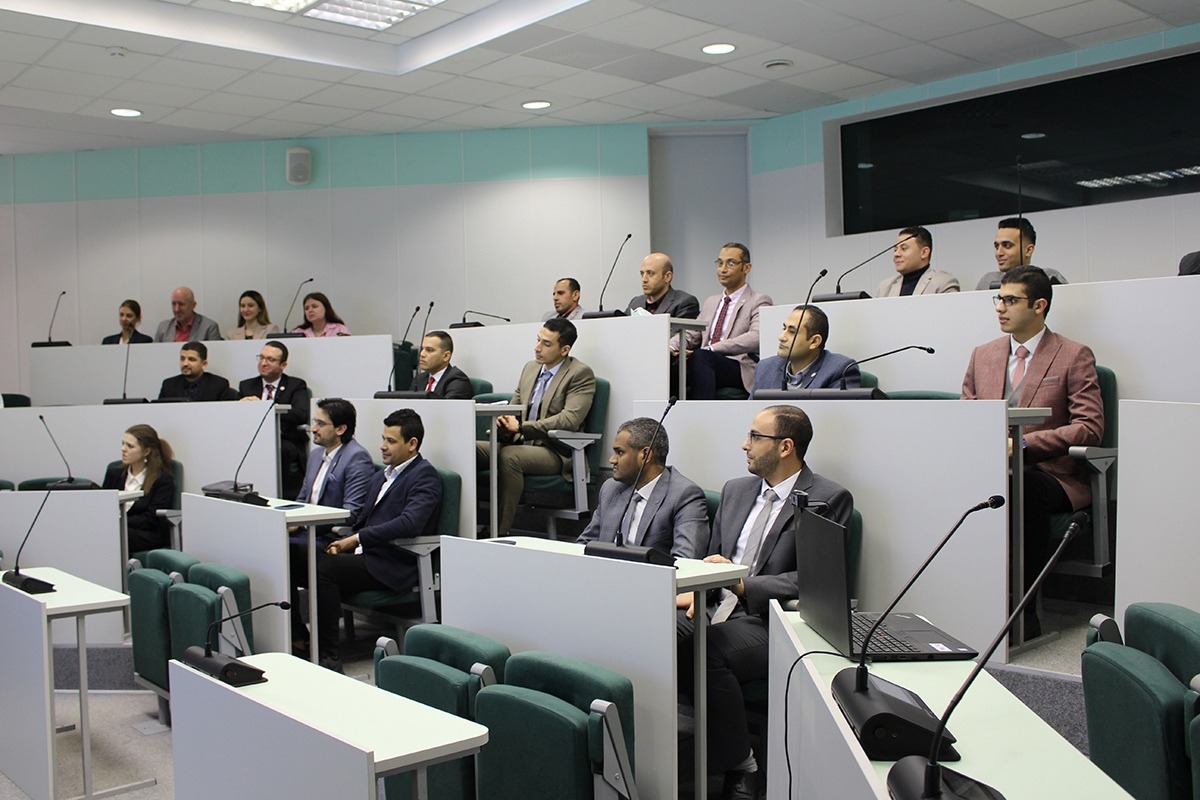 The construction of El-Dabaa station began in December 2017. Then head Alexei Likhachev of Rosatom and Egyptian Minister of Electricity and Renewable Energy Mohammed Shaker signed an act to begin the work. The NPP is planned to be commissioned in 2026.

The training program for Egyptian specialists includes the Russian language, since the plant is being built by Russians. In 2020, St. Petersburg Polytechnic University won a contest announced by the Technical Academy of Rosatom to train El Dabaa NPP personnel in Russian. It is planned to train more than 300 people over three years.

Within half a year, the teachers of the Higher School of International Educational Programs at Polytechnic University conducted classes on a unique training complex developed by the HS IEP team under the guidance of Associate Professor Victoria Gorbenko, Director of the Russian Language Center of the HS IEP. Assistant professors Ekaterina Busurina, Alexandra Kolbasenkova, Sofia Krasnoschekova and senior teacher of additional education Darya Skubchenko conducted classes according to a special program designed for foreign specialists of the nuclear power industry. The peculiarity of the training complex is the high intensity of the classes, which are held every day and last for 5-6 academic hours. The Russian language course covers all types of speech activities and contributes to formation of receptive and productive communicative skills. The training complex is based on highly specialized materials detailing the features of nuclear power infrastructure, technology and engineering, nuclear fuel cycle, nuclear and radiation safety, etc.

The final control, held at the end of March, demonstrated the high level of training of Egyptian specialists, as well as confirmed the successful implementation of the program aimed at achieving the students’ first certification level of Russian as a foreign language.

Certificates of course completion were presented to the first group of Egyptian students at the St. Petersburg branch of the Technical Academy of Rosatom. 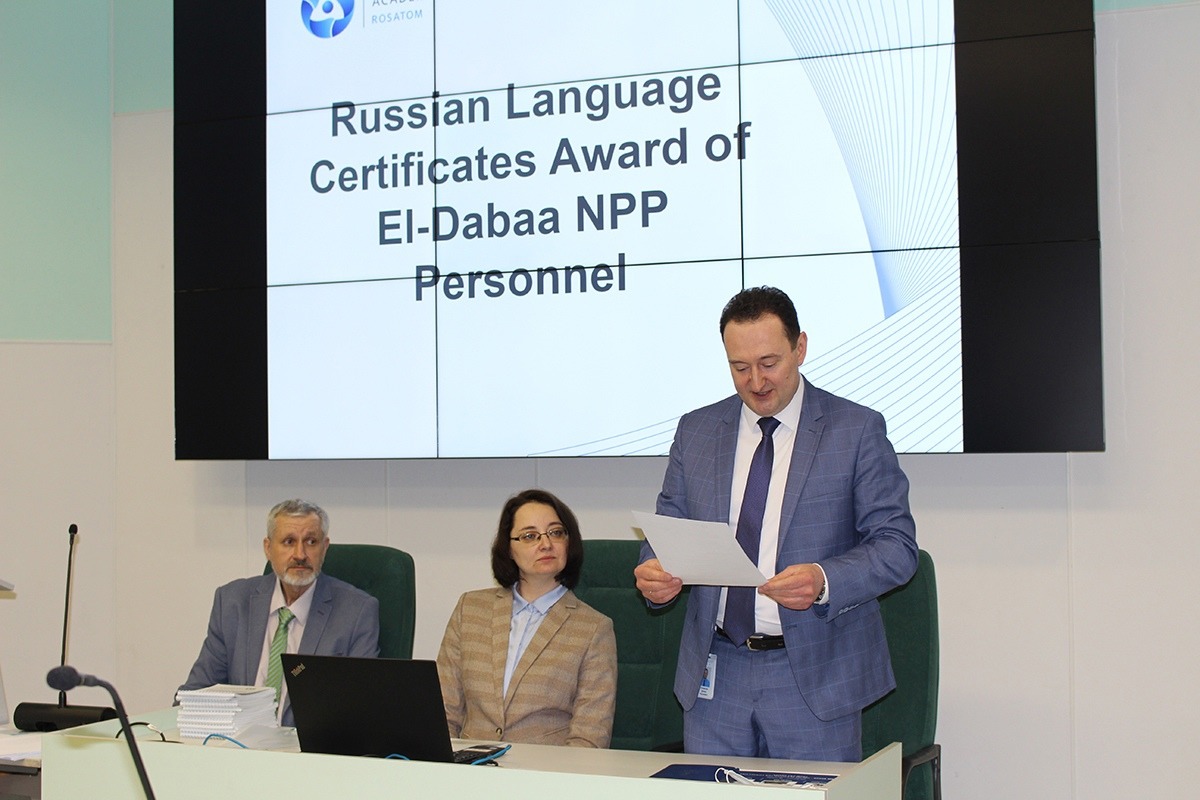 In creating the language training complex, we tried to take into account the experience accumulated by the Higher School of International Educational Programs for more than half a century of teaching Russian to foreign students, including for professional purposes. Successful approbation, as well as high appraisal of our Russian language colleagues from other universities and our colleagues from the Graduate School of Nuclear and Thermal Power Engineering allow us to say that we were able to create an effective means of training the personnel of El-Dabaa NPP, noted the director of the Center for Russian Language Center of the HS IEP Victoria Gorbenko. 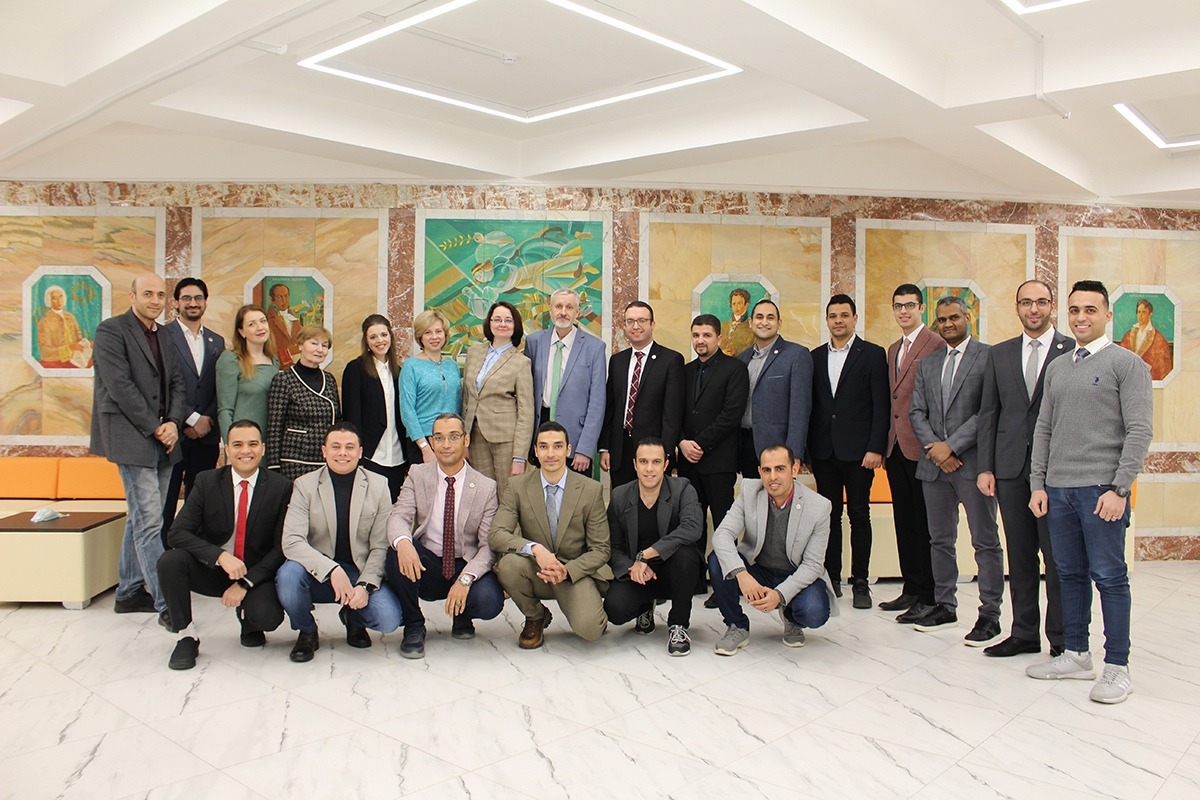 In a thank-you letter addressed to Prof. Dmitry Arseniev, Vice Rector for International Affairs of SPbPU, the First Vice Rector for Core Activities of Rosatom Technical Academy Vladimir Aspidov noted: «We highly appreciate the contribution of SPbPU administration and teaching staff in the implementation of the Russian as a foreign language training program for groups RU01 and RU02 trainees. We are sure that the quality level of training of future managers and specialists of El-Dabaa NPP (Arab Republic of Egypt), demonstrated by them in the exit test for Russian language proficiency, will ensure productive interaction and communication with Russian colleagues in the professional field.»