Development of partnership relations with science, research and education centers of the Asia-Pacific Region, i.e. the People's Republic of China, is a priority not only for Peter the Great St. Petersburg Polytechnic University, but for Russia as a whole. Five years ago, in March 2011, in order to improve Chinese and Russian higher education and to strengthen the innovation potential, Russia and China established the Association of Technical Universities (ATURC) which now accounts for 50 technical universities of Russia and China, including the Polytechnic University. 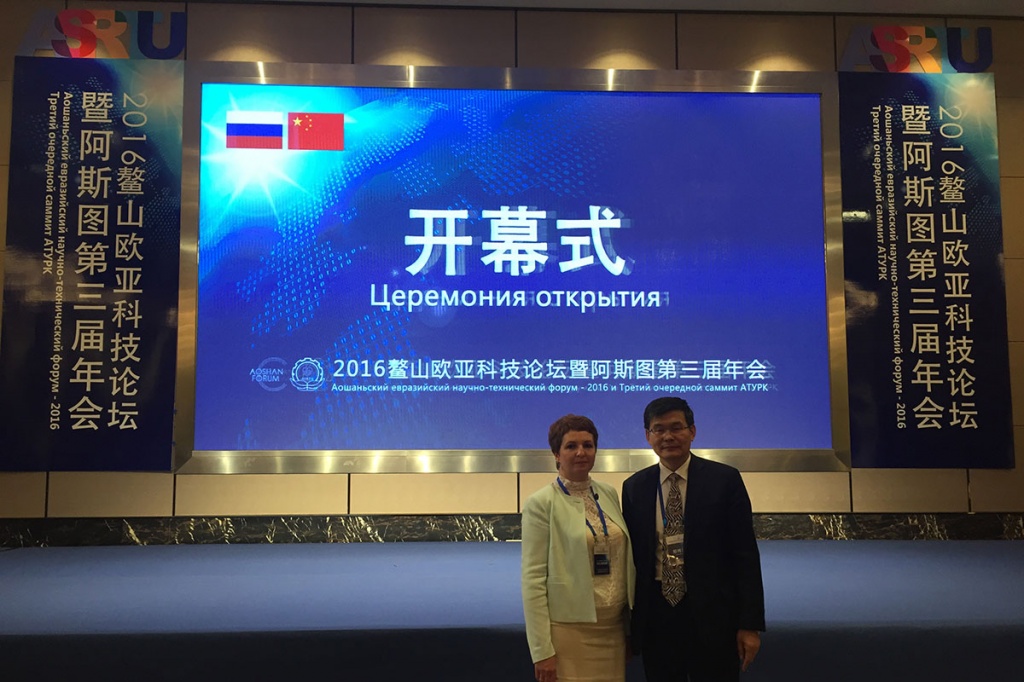 On May, 24-26, Qingdao city (China) hosted the Third ATURC Summit and the Aoshan Forum for Eurasia on Science and Technology. The events in Qingdao were visited by SPbPU Vice-Rector for Academic Affairs Elena M. RAZINKINA.

One of the Association's goals is to unite efforts of elitist technical universities in Russia and China to prepare and to train highly qualified specialists for innovation economy, therefore at the Summit the Association presented five-year results and achievements of universities - ATURC members.

The Science Park of HIT is one of the key objects built for high-tech renovation of Qingdao city within the "One Belt, One Road" and "Peninsula Blue Economic Zone" initiatives. 2013 marked the foundation of the Science Park, with ATURC location in Qingdao Blue Silicon Valley.

Qingdao People's Government and ATURC signed the Qingdao Declaration, according to which HIT and universities - ATURC members were expected to unite their merits in the field of research, international scientific and technological resources, innovative production etc.