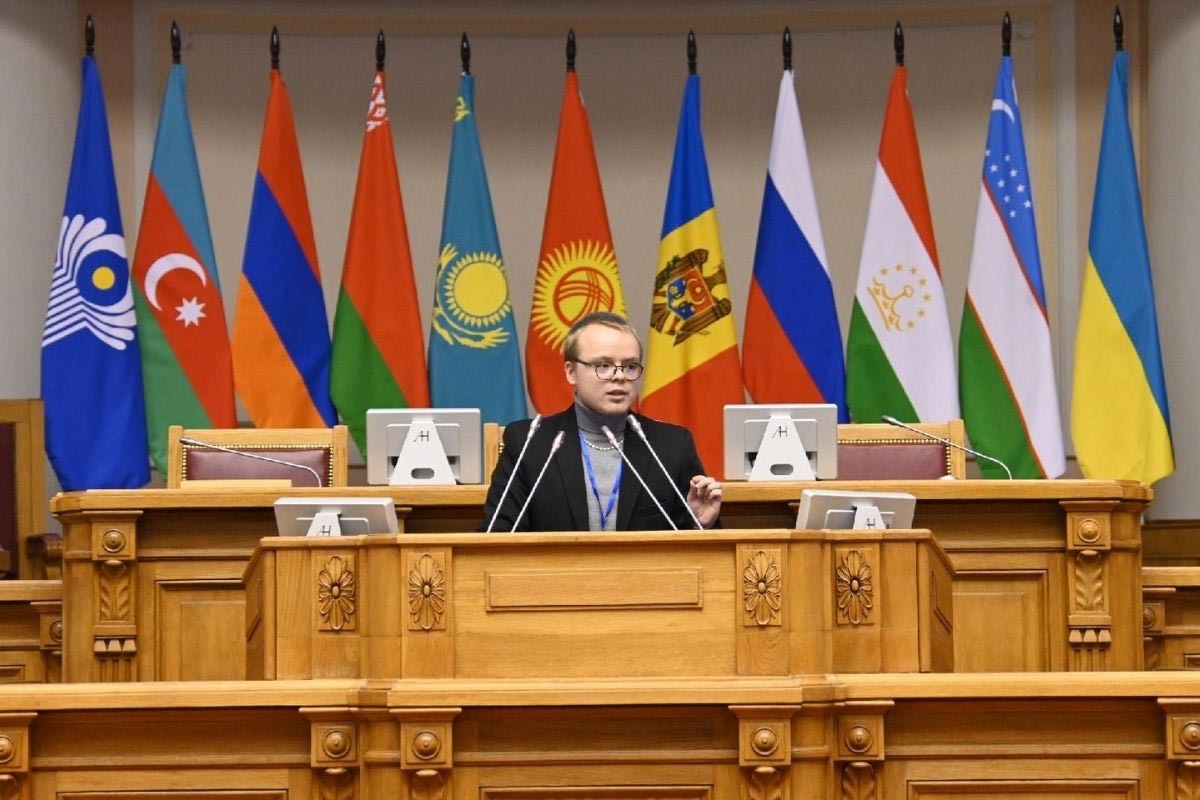 Stepan Solovyov, a student of the Graduate School of Law and Forensic Expertise at SPbPU, represented Polytechnic University at the International Youth Parliamentary School, which was held in St. Petersburg at the Inter-Parliamentary Assembly of the CIS Member States and the Faculty of International Relations at SPbSU.

The International Youth Parliamentary School is held within the framework of the project «Youth Parliamentarism as the Basis for Sustainable Political Development and Partnership of the CIS Member States,» which is dedicated to the 30th anniversary of the Commonwealth of Independent States. In 2021, the project is supported by the Presidential Grants Fund of the Russian Federation. Event organizers: International Institute for Monitoring Democracy Development, Parliamentarianism, and Suffrage Protection for the Citizens of the CIS IPA Member States, Eurasia-Povolga Information and Analytical Center, and International Relations Department of St. Petersburg State University.

Stepan told that he got to the school thanks to his participation in the International Internet-Olympiad «Electoral Systems of the World». During four days of school we were given lectures on international relations, political science, lawmaking, shared the young man. The issues of gender equality were discussed. We also took part in masterclasses on business, project development, and roadmaps. The final task was to develop and present a foresight project. Thanks to the school I improved my public speaking skills by participating in debates. We learned to defend our position, speaking like real parliamentarians from the rostrum of the Tavrichesky Palace.

Stepan Solovyov received a diploma from the International Youth Parliamentary School for his participation in debates. 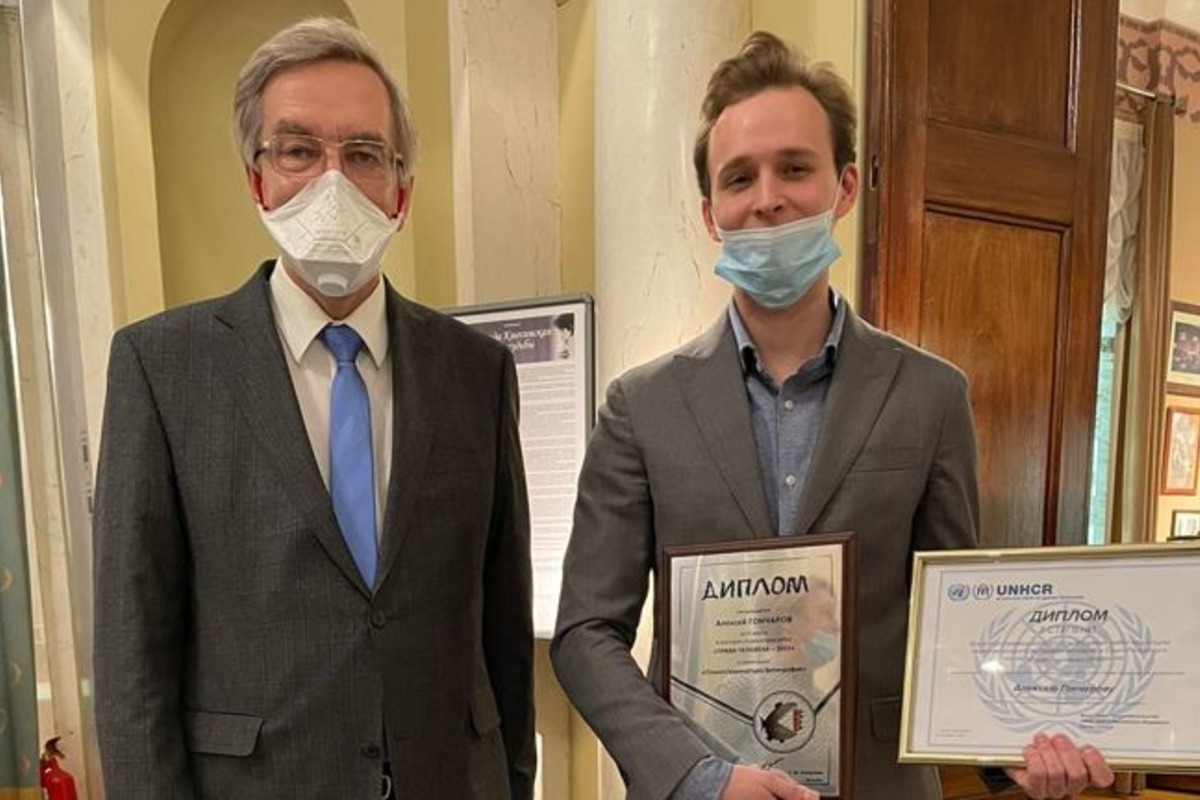 Alexei GONCHAROV, a student of the Graduate School of Law and Forensic Expertise at Polytechnic University, took third place in the «Poster/Caricature/Photography» category in the «Human Rights» contest and was awarded a third-degree diploma in the special nomination, which is overseen by the UN Refugee Agency.

The contest has been held since 2012 by the St. Petersburg Commissioner for Human Rights with the support of the Committee on Science and Higher Education and the Committee on Law, Order, and Security of St. Petersburg. The awards ceremony was held at the State Museum of Political History of Russia. This year the students of 26 Saint Petersburg higher educational establishments took part in the contest.

Alexey Goncharov shared his impressions of the contest: "It’s not the first time I’ve taken part in the contest and it’s always a high level of organization, Alexey Goncharov said. It was not only pleasant but also useful — there was an interesting excursion for students to the Museum of Political History.

The founder of the contest is Alexander SHISHLOV, the former Commissioner for Human Rights in St. Petersburg, who held this position until 2021. This year the ceremony was opened for the first time by the new ombudsman Svetlana AGAPITOVA, who was elected on December 1, 2021. Alexander SHISHLOV was also present at the award ceremony already as a deputy of the Legislative Assembly of St. Petersburg.