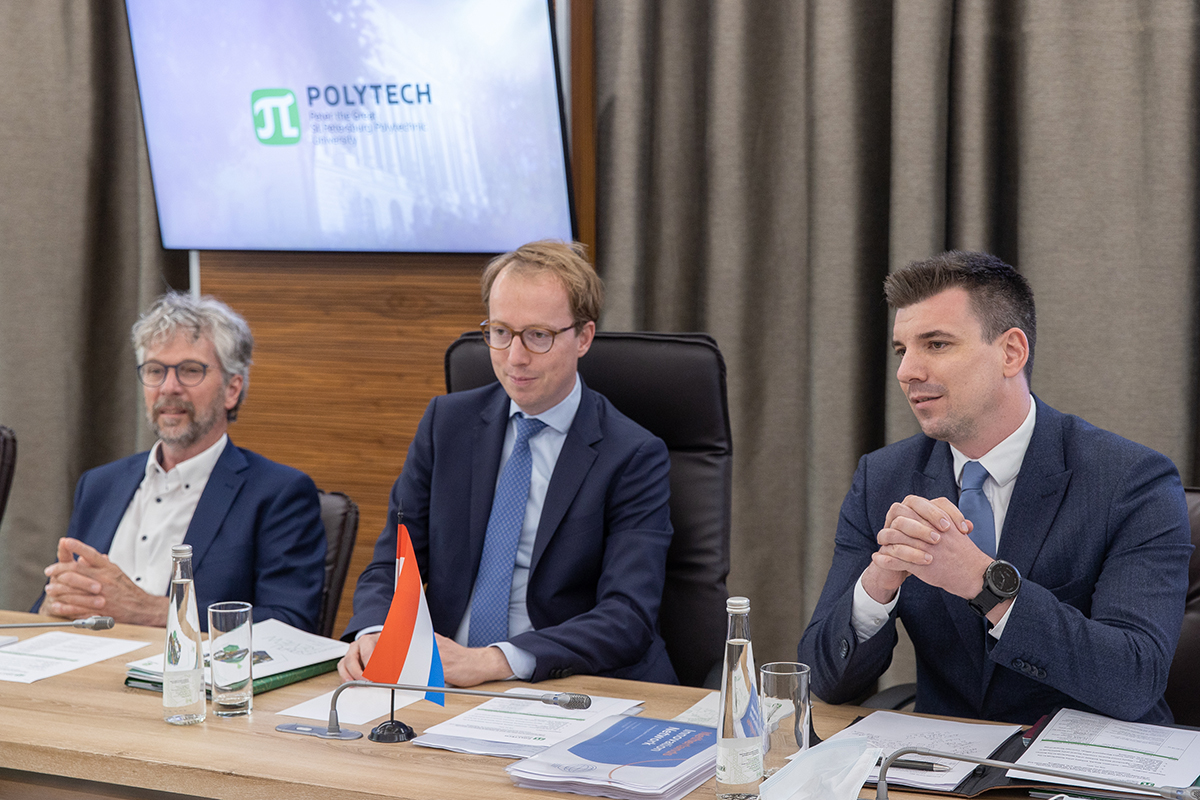 The talks took place at the site of the Technopolis Polytechnic Research Building. We are glad that after two years of the pandemic we were finally able to see each other in person. Polytechnic University actively develops cooperation with universities and organizations of the Kingdom of the Netherlands: we implement joint educational programs, projects, and events. I hope that today’s meeting will help us identify new points of interaction in various areas of science and education, — said Dmitry ARSIENEV, Vice-Rector for International Affairs, in his welcoming speech.

Speaking with a return greeting, Mr. Ivar SCHEERS, Deputy Consul General of the Kingdom of the Netherlands in St. Petersburg, demonstrated great awareness of the history of SPbPU and its founders. I read that your university is over 120 years old. During this time you have gained a wealth of experience in many fields. We hope that we will continue to work on strengthening our cooperation, and today we will consider new options for productive interaction, — shared Ivar SCHEERS. 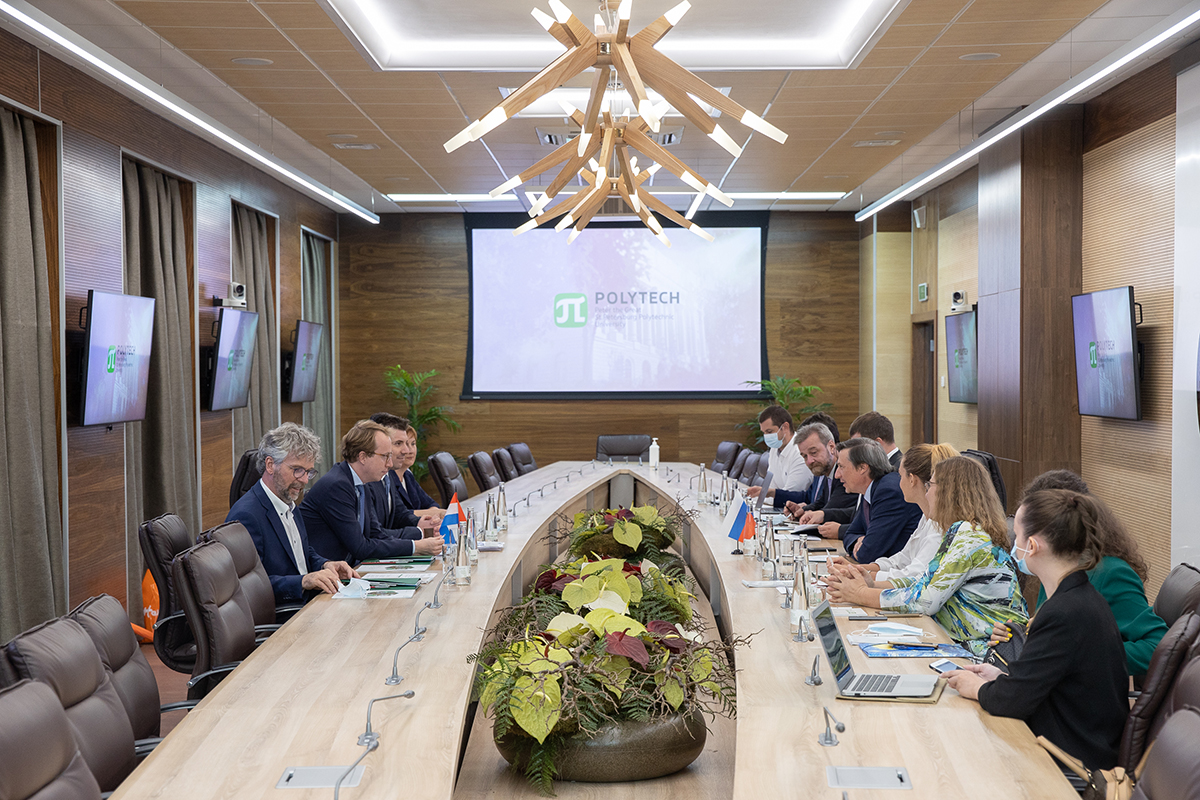 The working part of the negotiations began with a presentation of the Attache for Innovations of the Embassy of the Netherlands in Moscow Sybe NOORDERMEER, devoted to the Netherlands Innovation Network. Sybe NOORDERMEER presented the opportunities for the development of scientific cooperation between Russia and the Netherlands, emphasizing such areas as artificial intelligence, intelligent mobility, Life Science, and many others, and also drew attention to the popularity among Dutch students of the Polytechnic University. Most of the Dutch students come to St. Petersburg to study and about one third of them choose St. Petersburg Polytechnic University, — emphasized the Attaché for Innovations.

To get a better understanding of the actual directions of partnership, Deputy Head of the International and Scientific External Economic Relations Department Olga VASILYEVA told about international cooperation in science and technology of SPbPU, and about the frontier research conducted by the Polytechnic University on the basis of the World-Class Research Center of Advanced Digital Technologies, which has been operating in SPbPU since 2020. The research is grouped into five key clusters in areas such as advanced manufacturing technologies, additive manufacturing, new materials and robotics, Big data and artificial intelligence, digital technologies in medicine, climate, and energy.

As part of our further meetings, we can offer to hold a joint seminar for Russian and Dutch scientists on mutually interesting scientific topics, — noted Olga VASILYEVA. 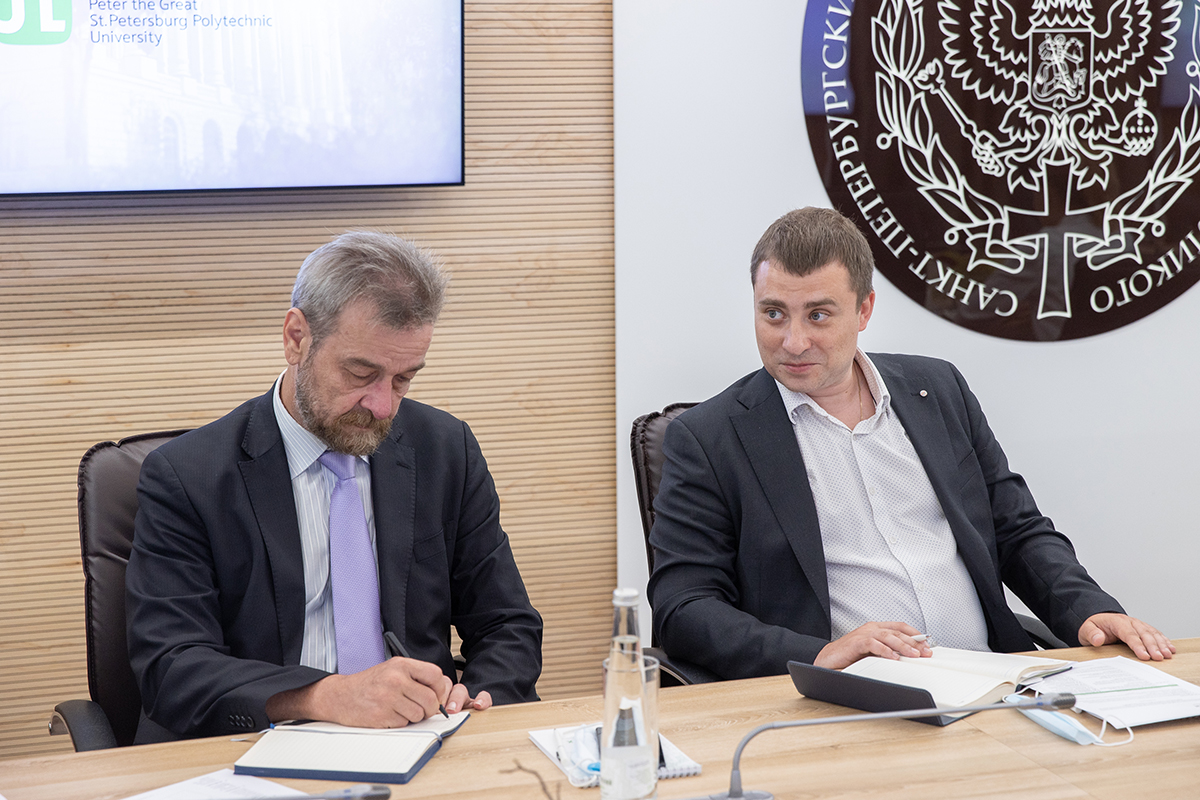 Certain areas of SPbPU’s scientific activities were also presented at the past talks. Alexander FEDOTOV, Senior Researcher at the Laboratory of Technological Process Modeling and Power Equipment Design, spoke about the possibilities of implementing digital technologies in the development of agriculture and presented the system of phytosanitary threat monitoring based on artificial intelligence. And the Deputy Director of the Institute of Industrial Management, Economics and Trade on international activities Nikita Lukashevich made proposals for cooperation in the field of economics and management, based on the rich experience of IIME&T already have a partnership with universities and companies in the Netherlands. 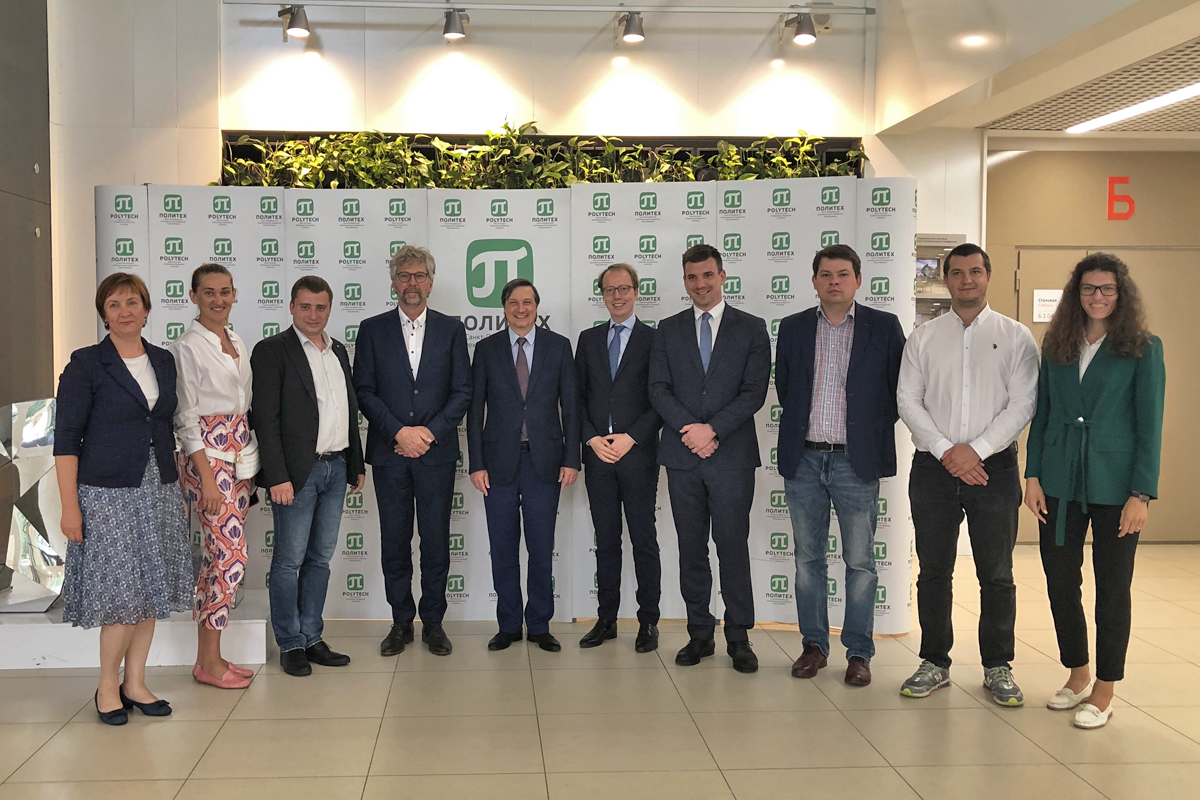 The presentations of the SPbPU scientists aroused considerable interest on the part of their Dutch colleagues. In particular, Henk STIGTER, Agricultural Counsellor at the Embassy of the Kingdom of the Netherlands in Moscow, noted the depth of the developments and the demand for the presented scientific areas. The parties agreed to resume the active interaction, in particular on several joint events in the autumn of 2021. The visit of the delegation of the Kingdom of the Netherlands ended with a tour of the campus of Polytechnic University.