Autumn 2019: News Digest from the SPbPU Representative Office in Shanghai

New contacts and proposals for cooperation, strengthening relations with old partners and new opportunities: such was the fall of 2019 for the team of the Official Representative Office of SPbPU in Shanghai. Our traditional news digest is about this and not only. 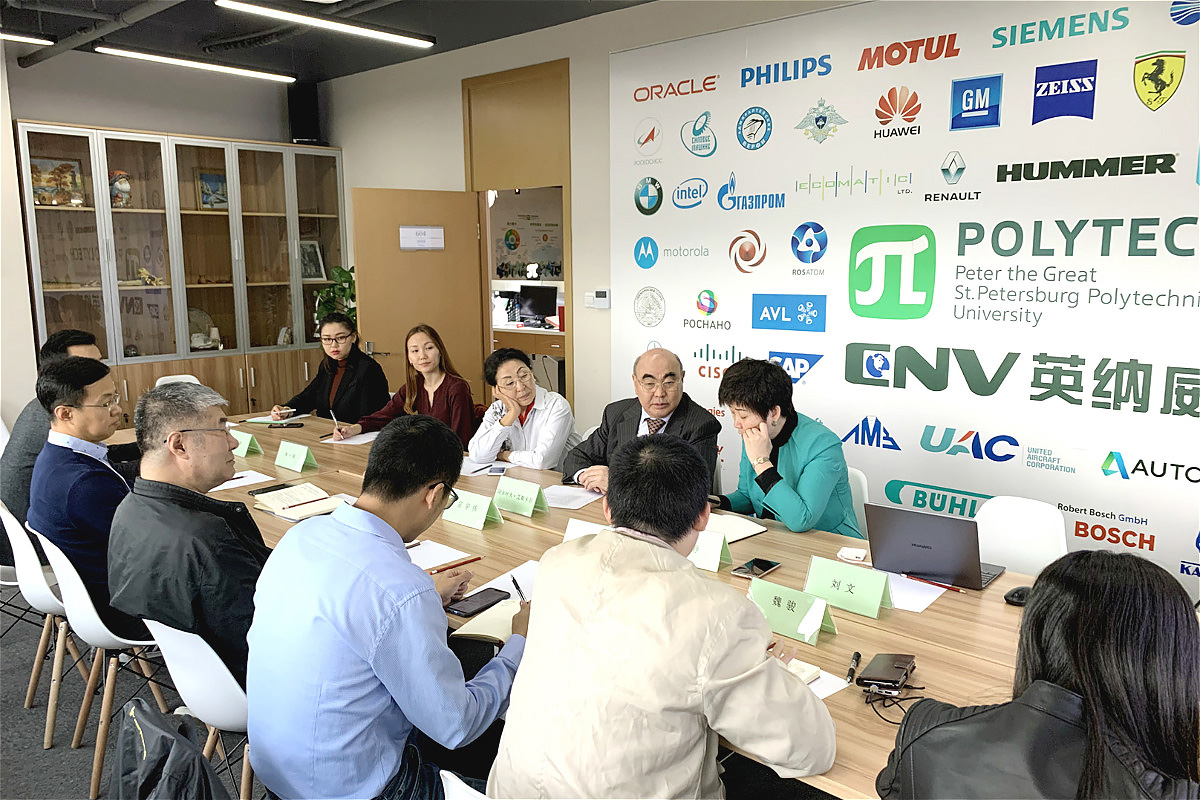 Promoting SPbPU programs through high and higher schools in China

Maxim KELLER, teacher of mathematics at the Higher School of International Educational Programs at SPbPU, held classes for students of the Shanghai Business and School of Foreign Languages ​​and Ziyang High School. A lecture on mathematics was attended by students of the faculty of business Russian. At the end of the lesson, they examined several exam questions, similar to those included in the SPbPU annual entrance examinations. For students of Ziyang High School, a fun math lesson was held in the format of a mathematical quiz. These events have become a new form of interaction between SPbPU and schools in China. 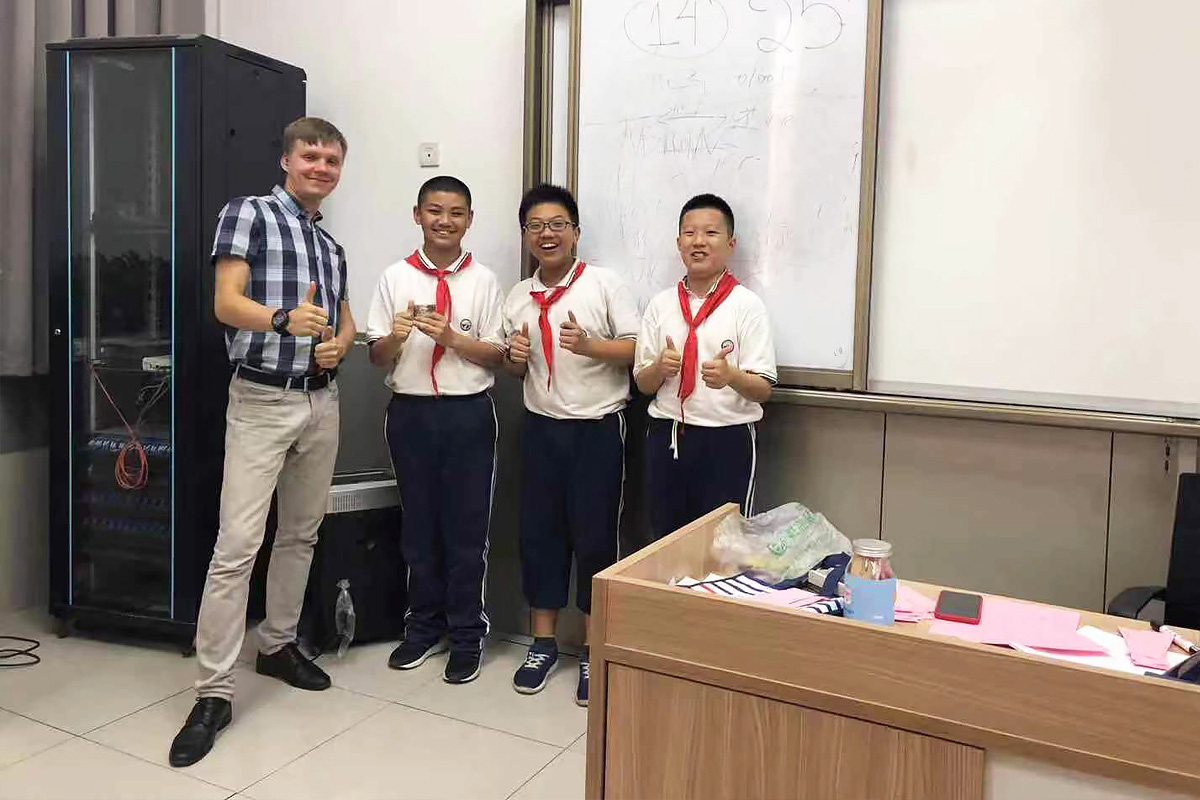 With the assistance of the SPbPU Representative Office in Shanghai, at the end of October, negotiations were held in China between the leading expert of the Department of International Education Olga EMELYANOVA and the Russian language teacher of the Shanghai I&C foreign languages ​​school He Zhen. The parties discussed the possibility of creating summer and winter school courses for Chinese students at SPbPU.

At the end of October, the Shanghai Jiao Tong University Study Abroad Fair was held at Shanghai Jiaotong University. Olga EMELYANOVA presented the “Joint Summer Schools as an incubator of dual degree programs” report. During the event, presentations of projects of many universities, as well as consultations for students interested in studying abroad took place.

In October, at the site of the Representative Office, a regular meeting of employees of the SPbPU Shanghai office and representatives of international services of Xi'an University of Technology (XUT) took place. Let us recall that last summer the universities opened the internship center “UT Xi'an-Polytech” at the basis of SPbPU. During its existence, more than 60 graduate students from XUT have already completed a semester-long internship at Polytechnic University. At the last meeting, Chinese and Russian colleagues discussed the possibilities of launching new educational projects and approved the number of XUT students who would come to Polytechnic University in spring 2020. Next year, more than 20 graduate students from the XUT Institute of Materials Science and Chemical Engineering will go to study at SPbPU. 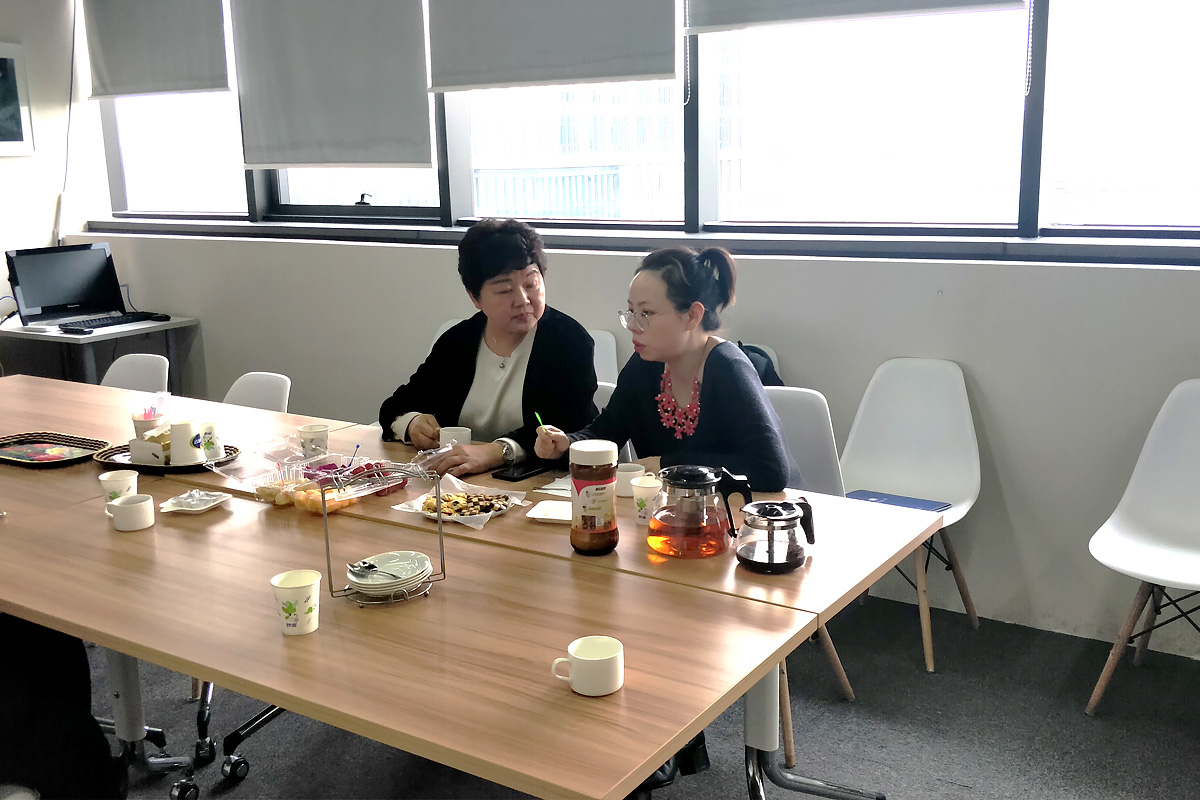 On October 29, employees of the representative office held talks with Yang QIBAO, Director General of Shanghai Qixing Mingzhi Business Consulting Company. The parties discussed possible models of cooperation between SPbPU and Chinese schools and universities; in particular, they discussed mutual recognition of disciplines at Russian and foreign universities, the policy of financial support for the schools to provide for students’ studying abroad, methods and forms of payment for studies, periods and terms of study, as well as the possibility of qualification enhancement in Russia for Chinese teachers of the Russian language. 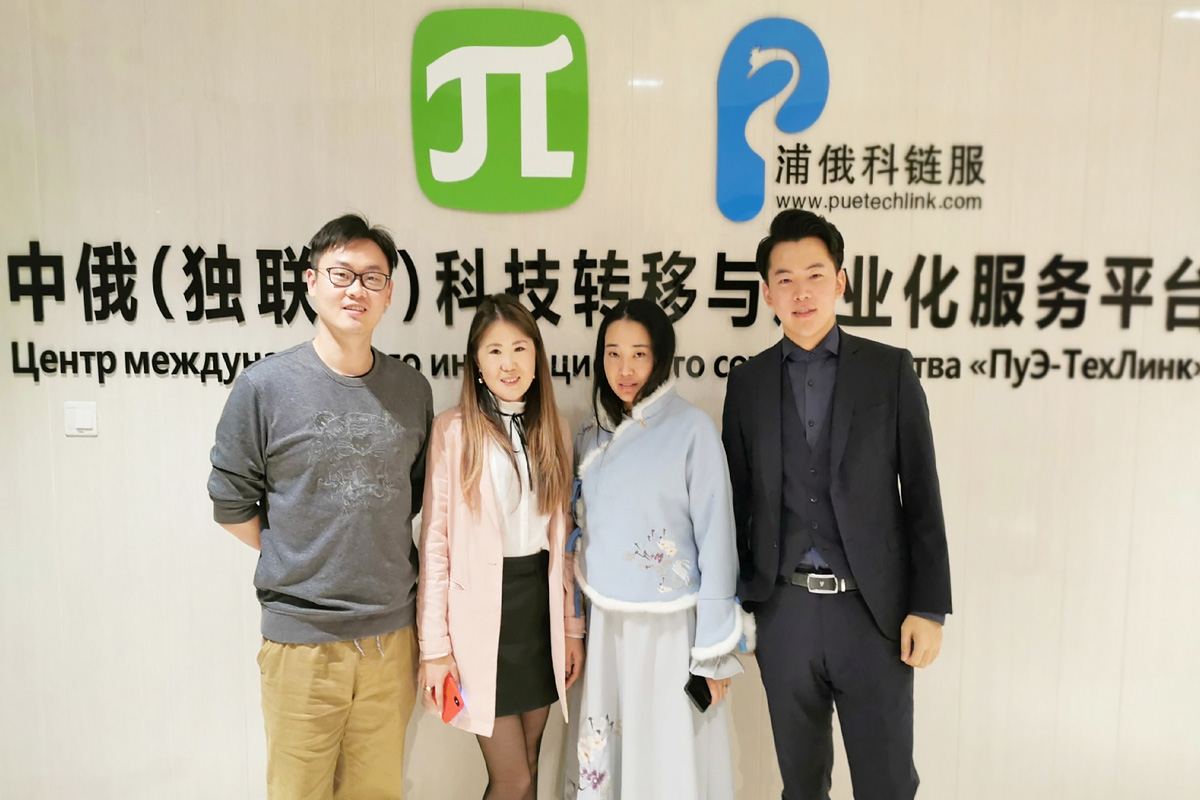 Chinese companies got acquainted with Polytechnic University at the Shanghai Office

On the site of the Representative Office, negotiations with employees of the Social Security Administration of the Xinjiang Uygur Autonomous District and other provincial companies took place. Office employees organized a tour of the Representative Office for the guests, told them about the history and results of SPbPU presence in China, the areas and models of cooperation, and presented innovative projects and key accomplishments of the university.

In early November, Academician Askar AKAYEV visited the Representative Office of St. Petersburg Polytechnic University. At the site of the Shanghai office, the scientist held a series of lectures, and took part in scientific discussions. Askar AKAYEV delivered such lectures as “Digital future”, “Chinese ‘One Belt, One Way’ mega-project”, “Digital Economy”. An open lecture of the academician took place at Shanghai Jiao Tong University. 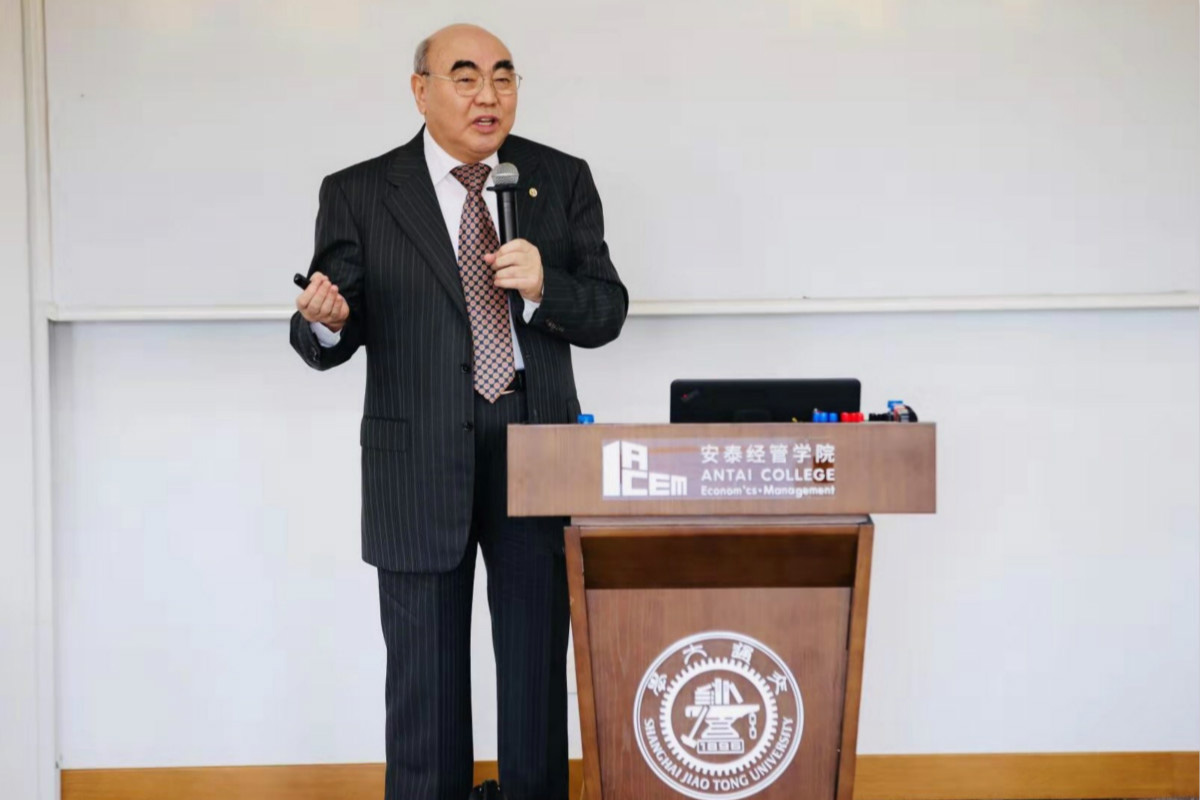 Also, with the assistance of the Representative Office, negotiations were held between an prominent scientist and representatives of the Institute of Technical Physics of the Chinese Academy of Sciences, a partner of SPbPU, after which Askar AKAYEV participated in the Academic Forum with a presentation on the Chinese “One Belt, One Way” mega-project, where he was the main speakers of the Forum. When parting, AKAYEV wished the SPbPU Shanghai office a successful development and wrote a warm wish in the guest book of the Representative Office of Polytechnic University.

In mid-November, Maxim POPOV, professor at the Institute of Energy at Polytechnic University, visited the SPbPU Representative Office. In Nanjing, he took part in a meeting of the Representative Office staff and colleagues from the State Chinese Nari Group Corporation. The parties discussed possibilities of creating a joint laboratory, and academic and student exchanges. 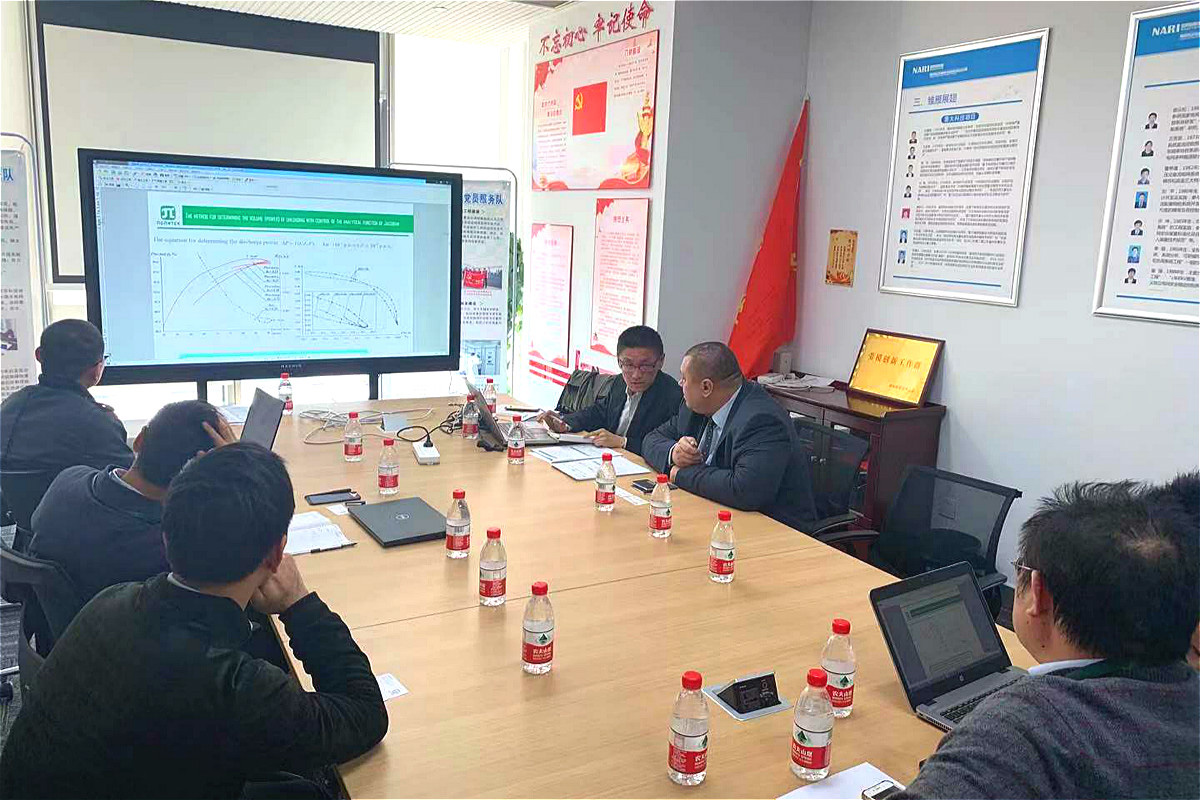 In late November, the Representative Office people took part in negotiations on innovative cooperation and technology transfer in the framework of the “One Belt - One Way” project in Jiangsu. The event was attended by honored guests from Russia, Ukraine, the Czech Republic, Slovakia, Hungary, Israel, South Korea and other countries participating in the “One Belt, One Road” initiative.

Representatives of more than 100 enterprises and research and development organizations gathered at the negotiation sites. The Chinese Academy of Sciences and the Research Institute of Biomedical Engineering of Suzhou City held friendly meetings with SPbPU delegates and agreed on cooperation in the field of research on biomedical devices.