A panel discussion, round tables, presentations of cases of successful cooperation between SPbPU and European partners at the intersection of science and industry made the business program of the first day of the Polytech Days in Berlin forum quite packed. 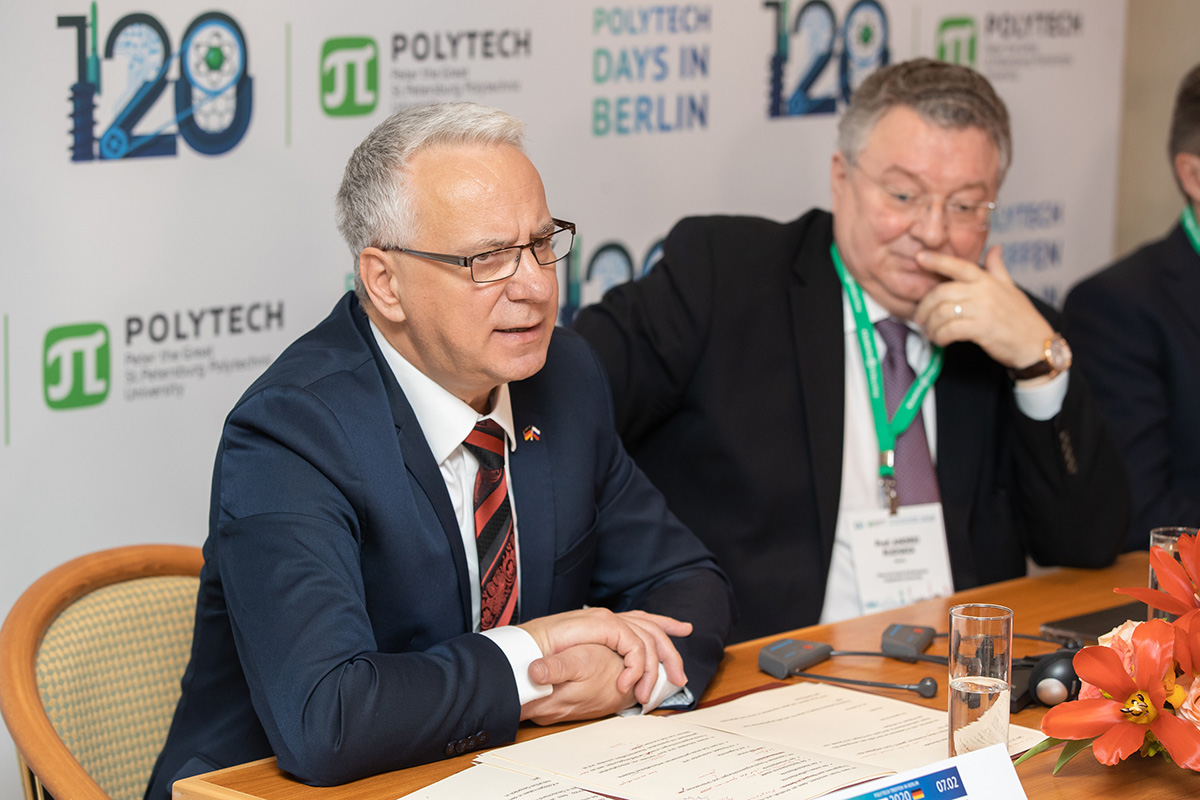 To present the situation of Russian-European cooperation and to reveal the future potential for cooperation in business and the scientific and educational sphere were the purpose of the discussion moderated by SPbPU Rector Prof. Andrei RUDSKOI, Academician of the Russian Academy of Sciences. “We are going to discuss the role of universities in the development of political and industrial trends in Europe, the possibility of involving the younger generation in the international dialogue. Together, we will come up with new approaches that will become a reliable platform for sustainable development and mutually beneficial cooperation of our countries,” said Andrei RUDSKOI. 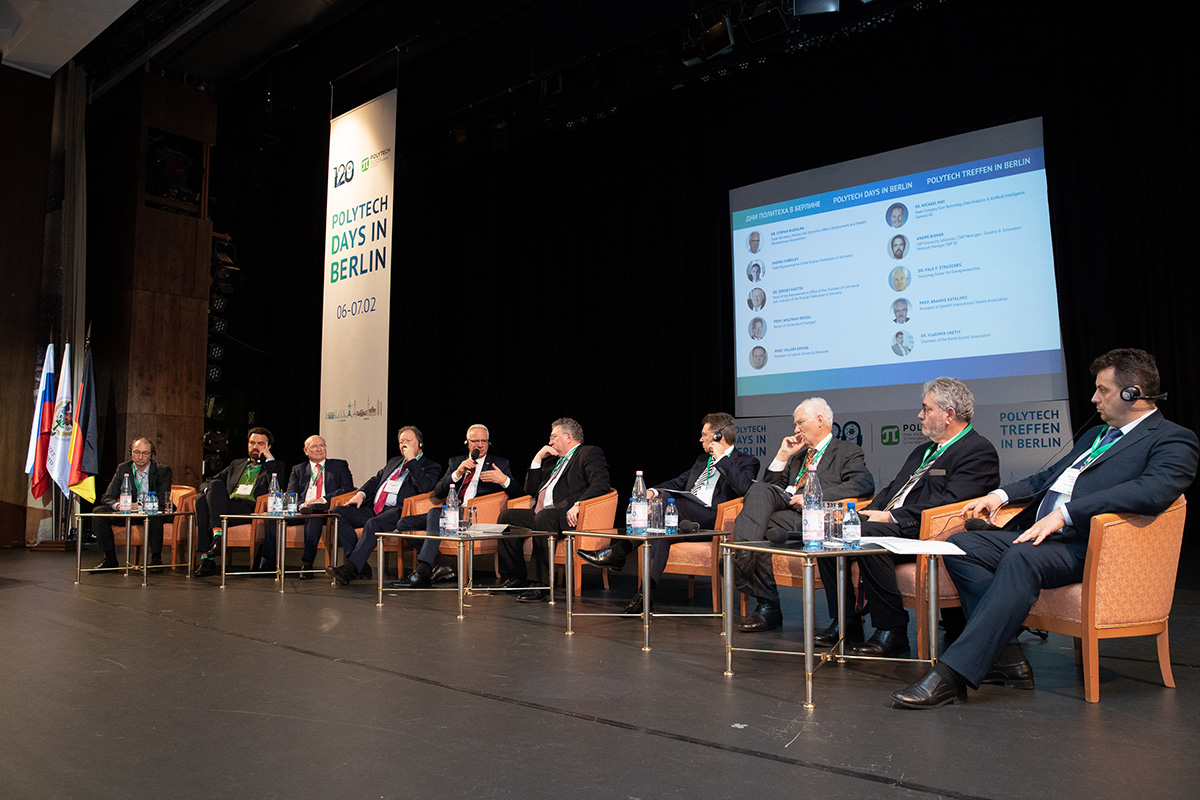 Right on the stage, the guests had the opportunity to join a lively dialogue and chat on relevant topics. In particular, Dr. Stefan RUDOLPH, State Secretary, Ministry for Economic Affairs, Employment and Health, Mecklenburg-Vorpommern, described how the Industry 4.0 program had changed approaches to innovation policy at the regional, federal, and transnational levels. The German Industry 4.0 concept has influenced the strategies of development programs in many countries, including in Russia, such principles formed the basis of national programs, such as the Strategy for scientific and technological development. Andrei SOBOLEV, Trade Representative of the Bureau of Trade and Economy at the Russian Embassy in Berlin spoke about the concept of the Industry 4.0 from the Russian perspective.. Dr. Sergey NIKITIN, Head of the Representative Office of the Chamber of Commerce and Industry of the Russian Federation in Germany shared his opinion on how universities can solve practical problems of the economy and affect the needs of society. A perfect example of the university’s influence on the development of the region’s economy and industry gives the University of Stuttgart. Its leader Prof. Wolfram RESSEL spoke about the role of the ARENA2036 National Project, which was launched at the university and supported by the German Federal Ministry of Education and Science, and how this integration project strengthens collaboration between different communities. Prof. Volker EPPING, President of another strategic partner of Polytechnic University, Leibniz University of Hanover, cooperation with which has been successfully developing for 35 years, articulated his opinion on such long-term partnerships. 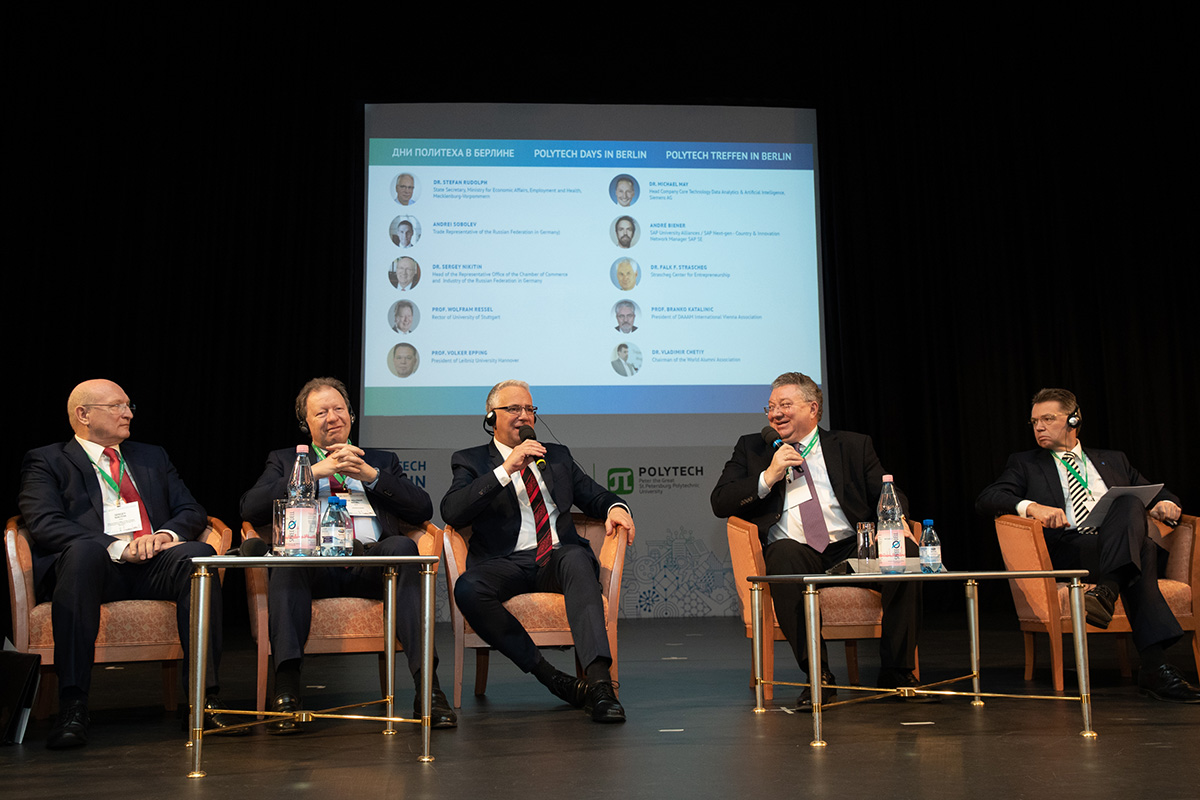 Besides the representatives of scientific communities, top officials of leading European industrial companies took part in the discussion. SIEMENS is a long-term strategic partner of Polytechnic University. Dr. Michael MAY, Head of the Company Core Technology Data Analytics & Artificial Intelligence, Siemens AG spoke about the possible steps of SIEMENS cooperation with Russia in the field of digitalization and the use of artificial intelligence in the context of the Russian national program “Digital Economy”. Mr. André BIENER, SAP University Alliances, Country & Innovation Network Manager, SAP SE, another strategic partner of SPbPU, is sure that education is the key to innovation and social development. He spoke about the University Alliance program and other initiatives through which the company promotes new educational formats, providing students and teachers around the world with access to the latest SAP technologies. “A longtime friend of our university,” as represented by Andrei RUDSKOI, Dr. Falk F. STRASCHEG, founder of the Strascheg Center for Entrepreneurship, spoke about the role of entrepreneurial universities as a link between youth start-ups and industry. Prof. Branko KATALINIC, President of DAAAM International Vienna Association, with the participation of which the large Synergy Network Center was established at SPbPU, analyzed if there presently were opportunities to integrate such Russian and European network platforms to strengthen cooperation between industry and universities. The role of graduates (not only the Polytechnic) in the development of universities and society as a whole was outlined by Vladimir CHETIY, Chairman of the World Alumni Association. 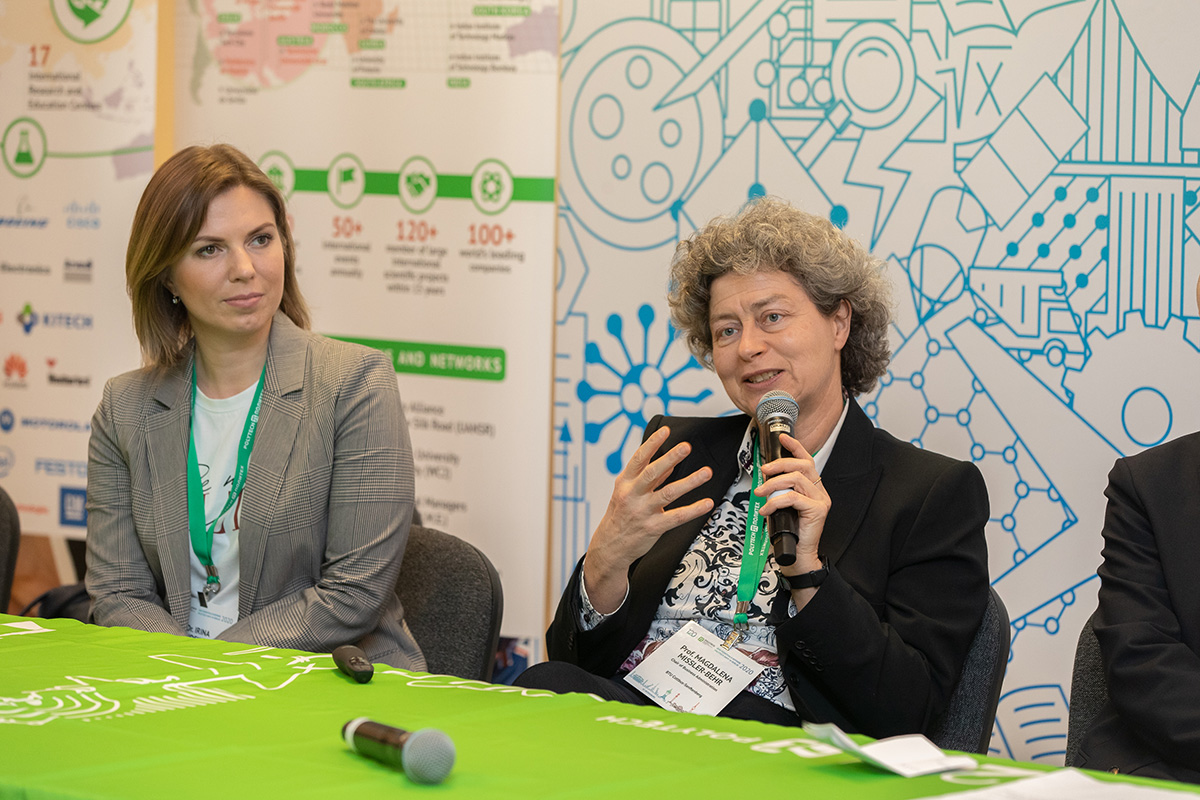 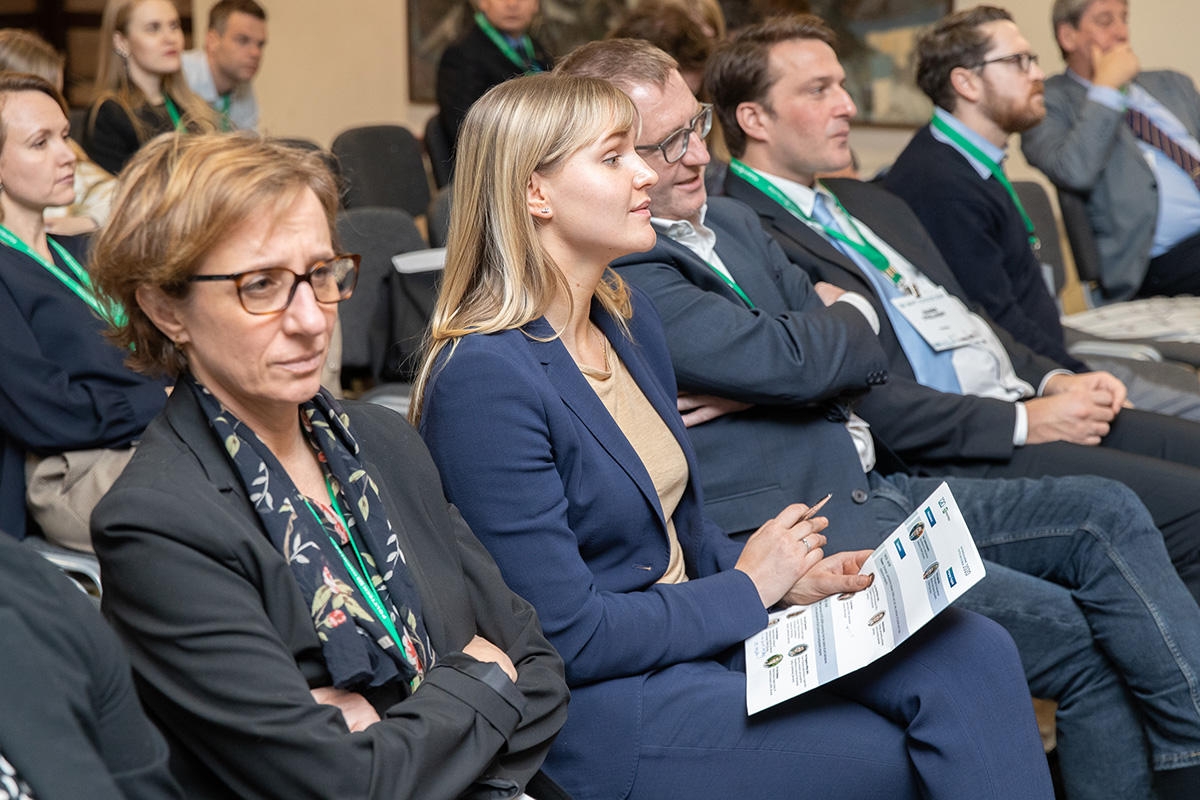 The forum promotes an intensive exchange of views between all participants. However, the main ones on the first day became three business tracks. The “Digital Transformation of Industry” track was moderated by Prof. Alexey BOROVKOV, SPbPU Vice Rector for Innovative Projects, co-director of the “TecnNet” working group (Advanced Manufacturing Technologies) of the National Technology Initiative (NTI), Head of SPbPU NTI Center for Advanced Manufacturing Technologies, and Prof. Wolfram RESSEL, Rector of the University of Stuttgart. Representatives of the Russian and German expert community discussed the implementation of projects aimed at the creation of globally competitive products of a new generation and related tasks for all stages of the product life cycle: from student training and acceleration of start-ups, design of high-tech products, engineering calculations and virtual testing, to manufacturing prototypes with the use of advanced manufacturing technologies, mass production and further product support. Within the framework of the track, took place a presentation of the results of the joint activities of the SPbPU divisions and German partners of the university, i.e., SAP SE, Strascheg Center for Entrepreneurship, SIEMENS AG, leading universities in Germany, companies and leaders in the global automotive industry and other high-tech industries. Success cases in the field of developing original technologies, structures, equipment using advanced production technologies were presented; areas for further Russian-German interaction were also considered. 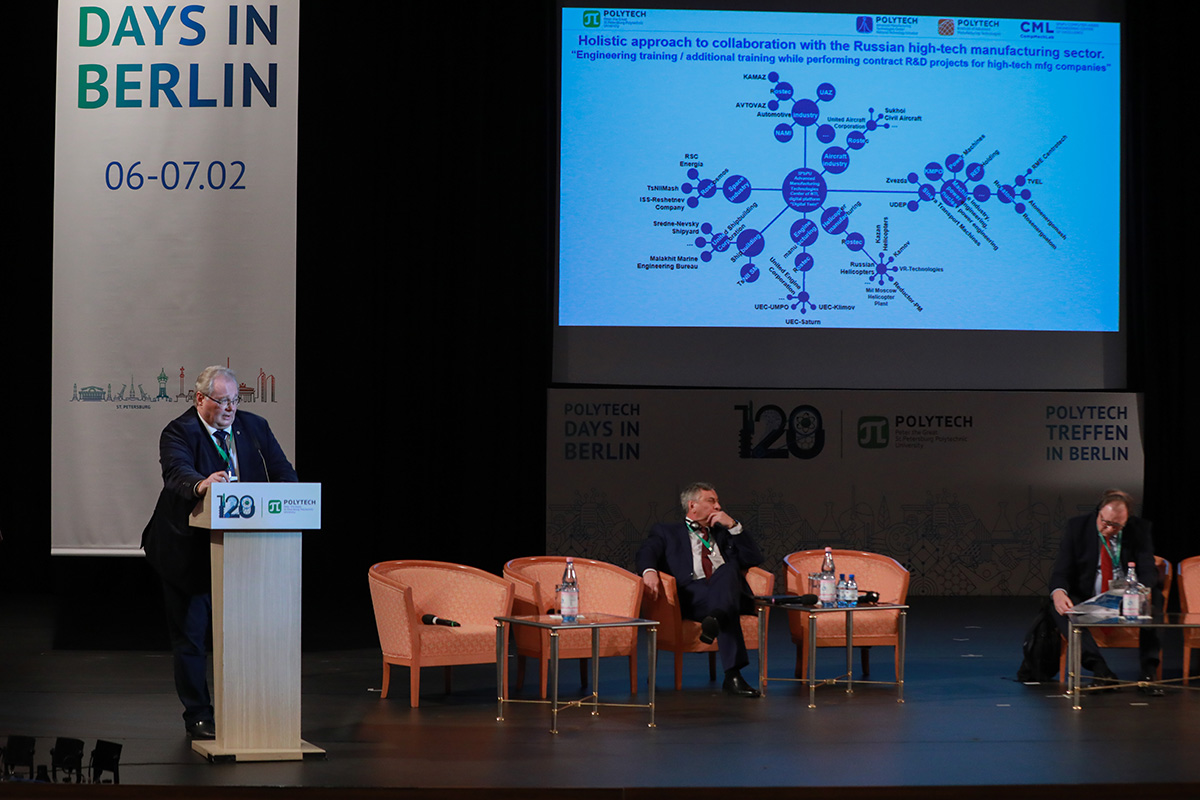 Within the frame of the “Russia-EU: Opportunities for Collaboration in Research” track, the possibilities and prospects of developing cooperation in science in the formation of international teams with leading scientists for mega scientific projects were discussed at the example of participation in PHENIX, ALICE, ITER collaborations. The experts spoke about the creation of joint laboratories and research centers at SPbPU under the leadership of foremost scientists (mega-grant program) at the example of a joint bio-informatics laboratory of SPbPU and the Technical University of Munich. 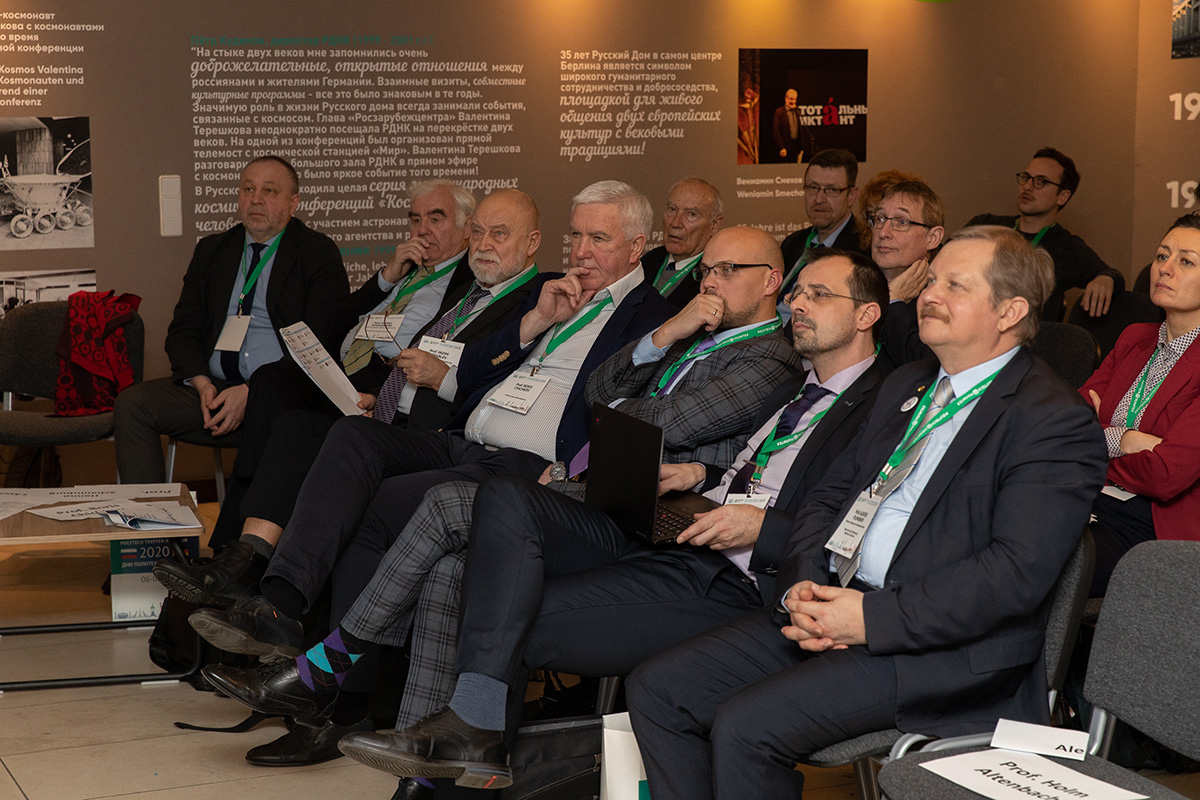 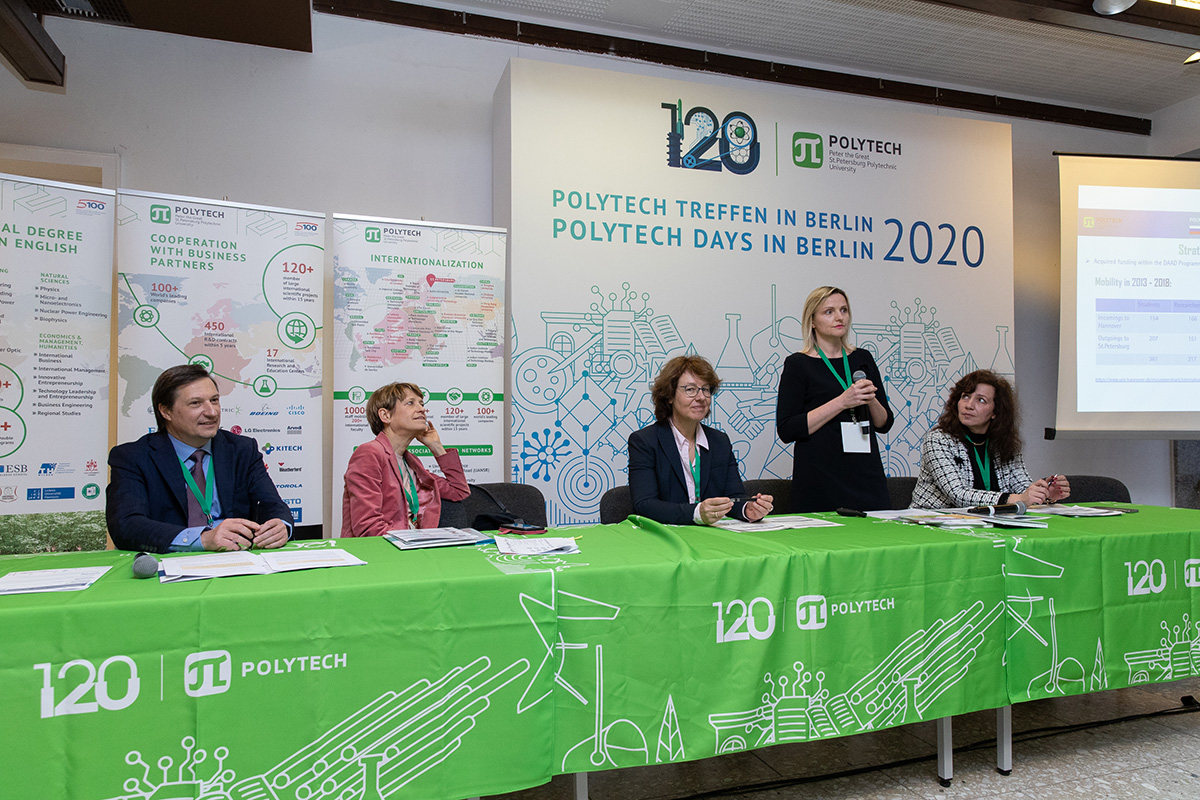 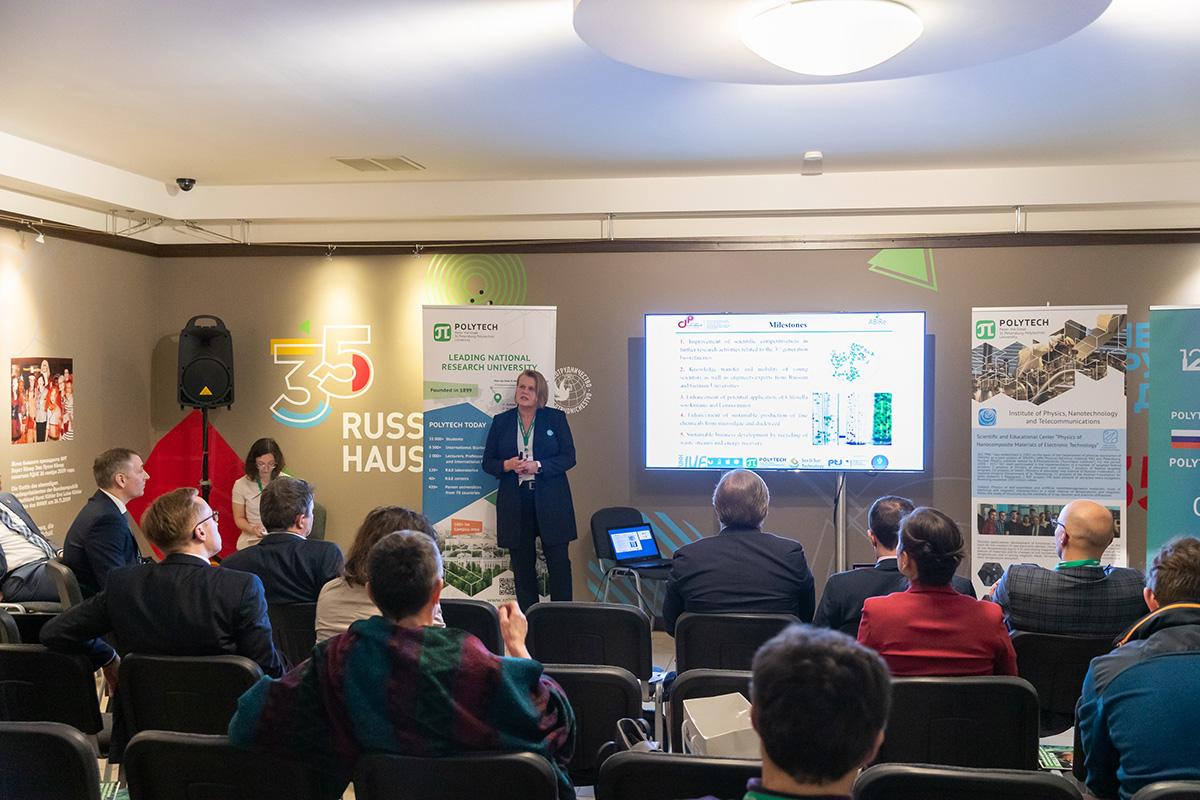 Within the framework of the “Internationalization Strategy - Win-Win Strategy” track they discussed key aspects of the Russia - Europe partnership and practical mechanisms for implementing international projects; they also exchanged best practices on ensuring the sustainability of university development in the global educational space. “Key universities of the world are choosing an internationalization strategy as the guarantor of the universities’ sustainable development and the way to new perspectives. It connects countries and continents, unites people and helps them to reveal their talents and their potential. We have extensive experience in international collaboration and are always open to new projects,” said Prof. Dmitry ARSENIEV, SPbPU Vice Rector for International Relations. 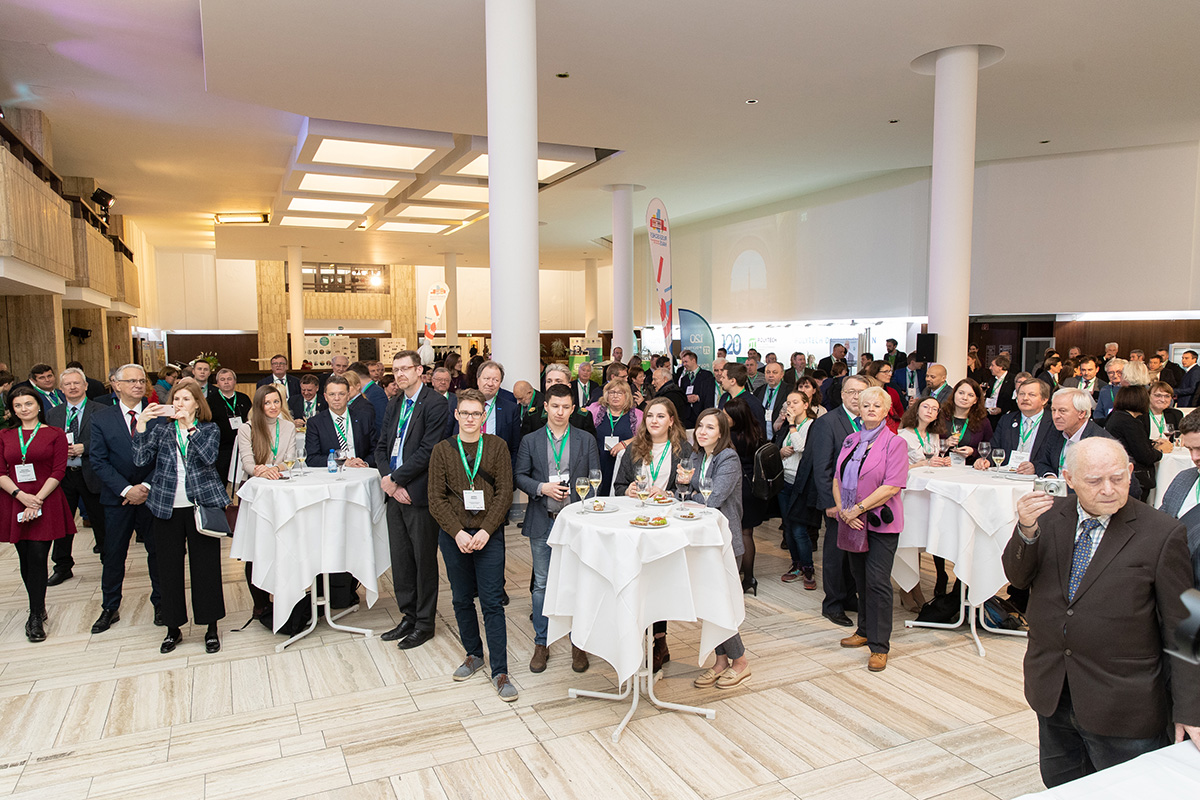 The reception that ended the first day of the Berlin Polytechnic forum provided for more time and space to communicate with friends and partners of Polytechnic University.