On November 24, the 4th International Municipal BRICS+ Forum (hereinafter referred to as the IMBRICS+) kicked off at ExpoForum Exhibition Center. Already on the first day it was visited by about 4 thousand participants, including public figures, scientific experts, politicians, entrepreneurs, and opinion leaders from 42 countries. The organizers note that this is the best attendance rate in all four years of the forum. Peter the Great St. Petersburg Polytechnic University is a strategic partner of the Forum. 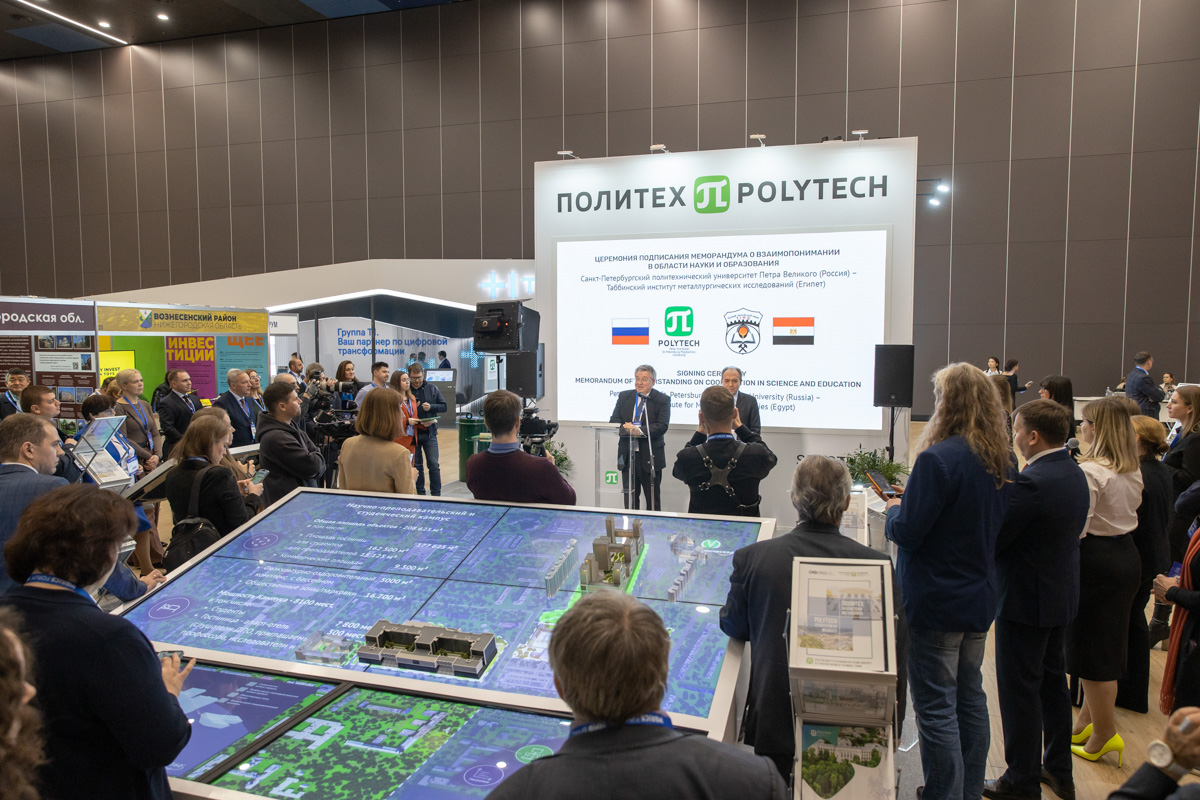 IMBRICS+ is aimed at building multilateral international regional and municipal cooperation for the development of investment, infrastructure, export-import, social, educational, humanitarian and other projects. On the second day of the forum at the booth of Polytechnic University negotiations were held and agreements on cooperation with leading foreign universities and companies were signed. 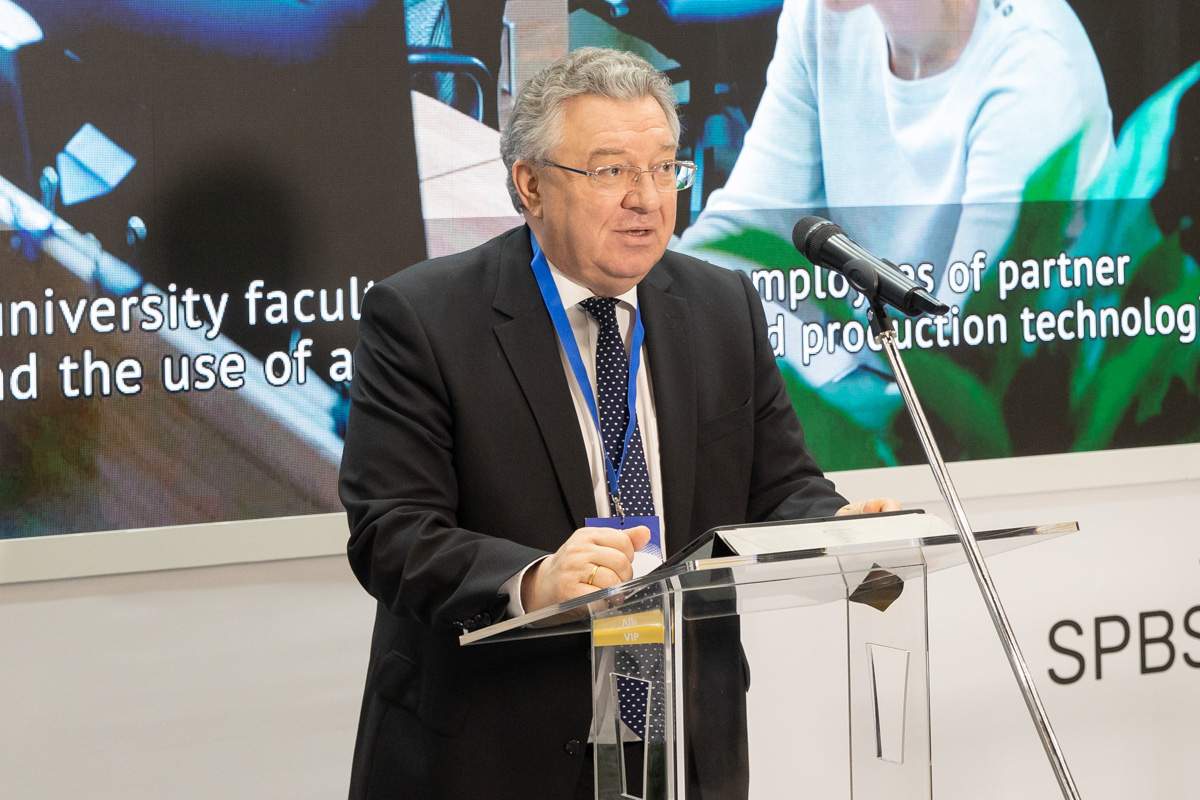 Welcoming guests and participants, Rector of Peter the Great St. Petersburg Polytechnic University, Academician of the Russian Academy of Sciences Andrei Rudskoi said that the Polytechnic University has long-standing relations with a number of BRICS countries, with which cooperation is one of the priorities of SPbPU’s international activities. We are successfully working with leading universities and companies in China, India, Brazil, as well as partners from the BRICS candidate countries — Algeria, Iran, Turkey, Syria, and Mexico. We have a lot to offer our BRICS+ partners for joint development and moving forward, said Andrei Rudskoi. 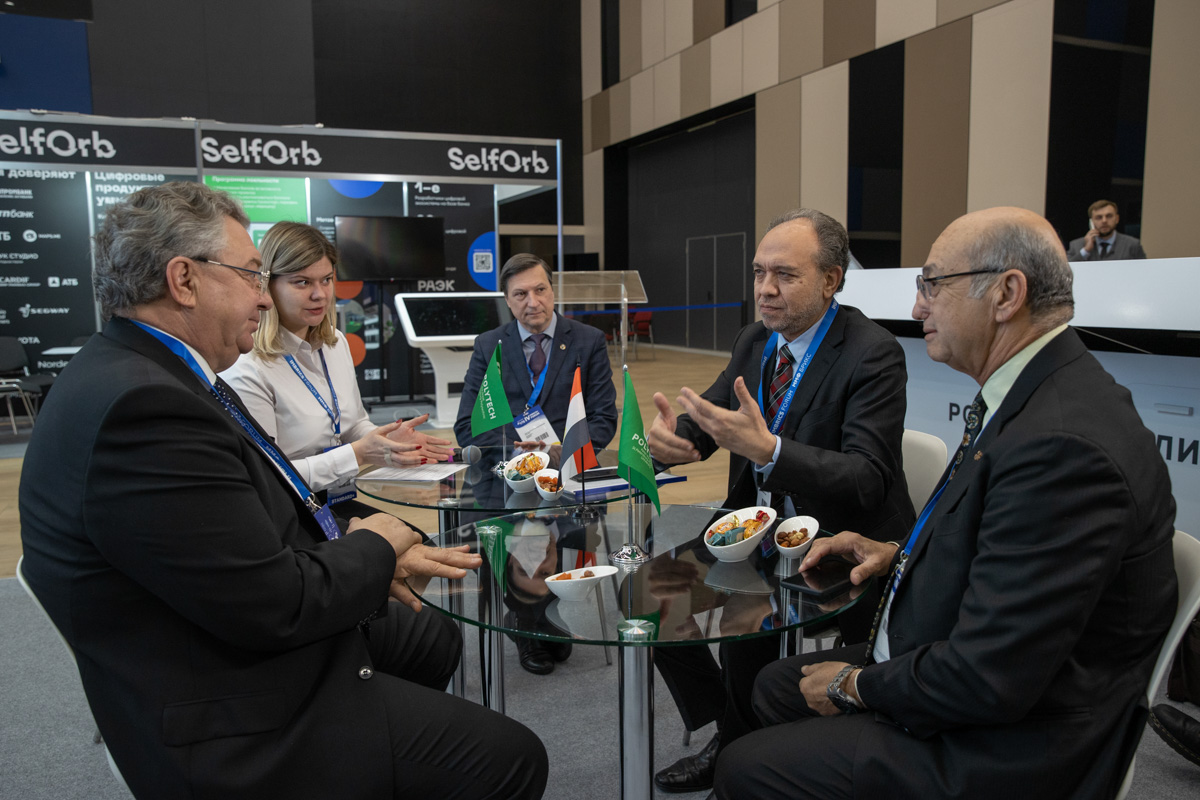 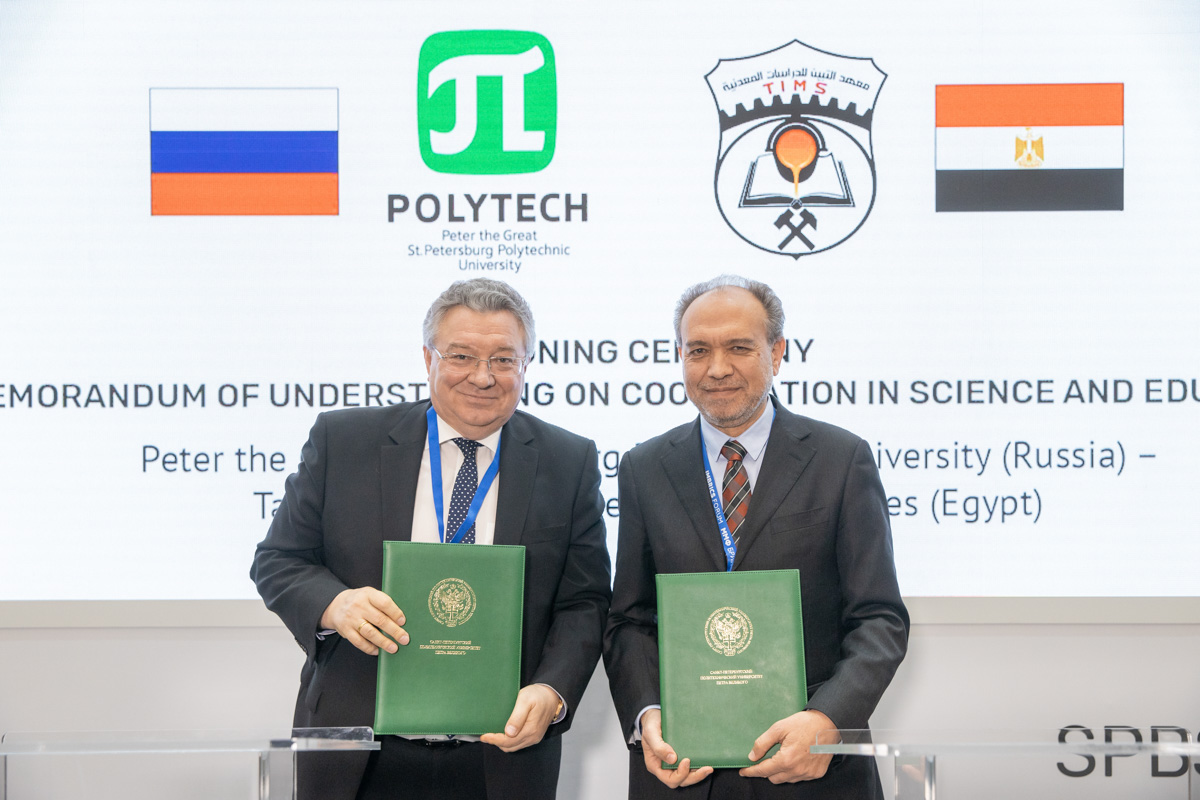 Tabbin Institute is a leading engineering school located next to the largest metallurgical enterprise. I am sure that by combining our potential, knowledge, theory and practice, we will provide a breakthrough both in research and in the implementation of new technologies directly into production, commented Andrei Rudskoi. 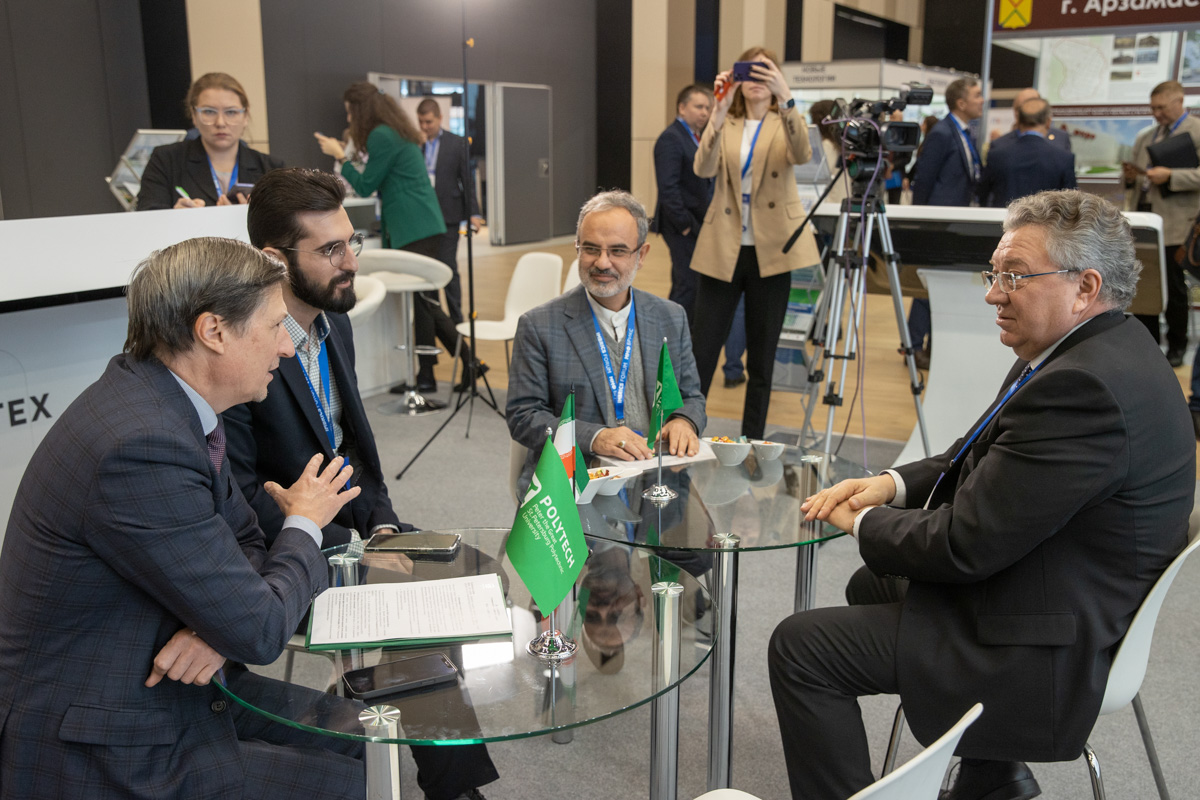 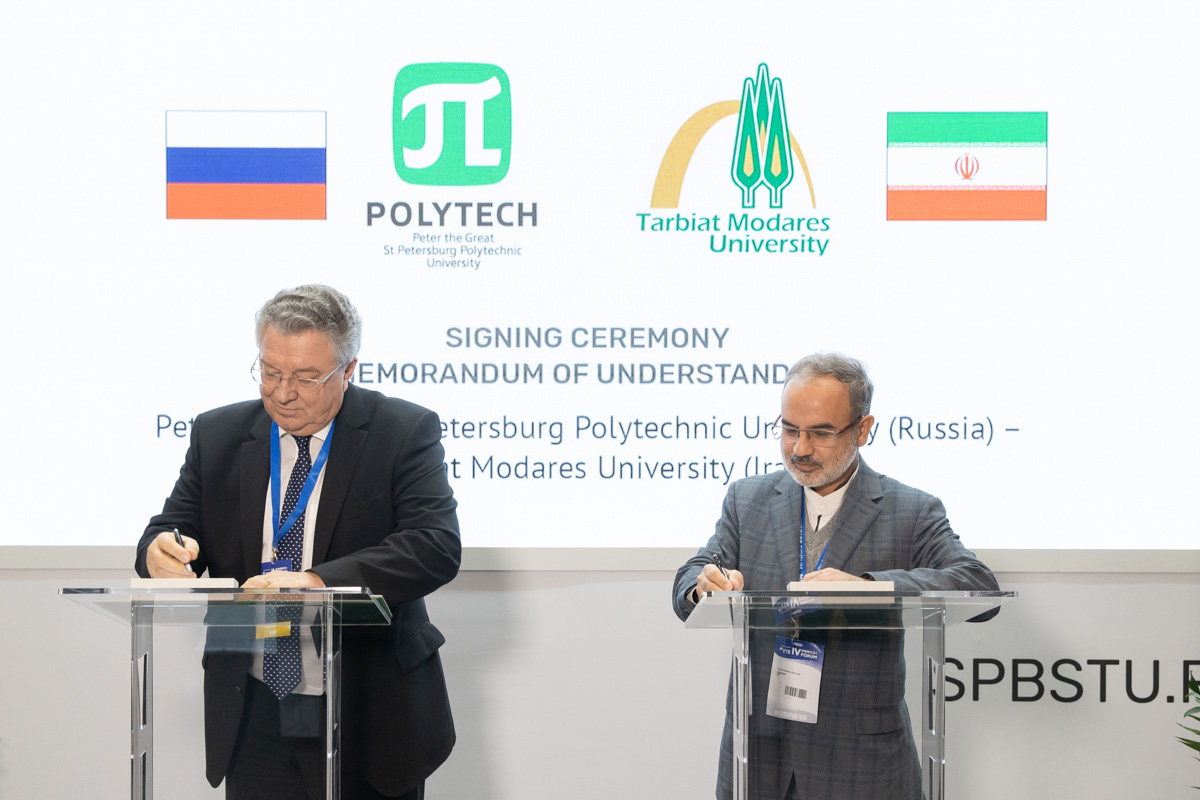 Tarbiat Modares University has great scientific potential and a wide range of diverse research centers. Today we have discussed practical action plans for the next few years and signed an agreement on cooperation in education and science, commented Andrei Rudskoi. 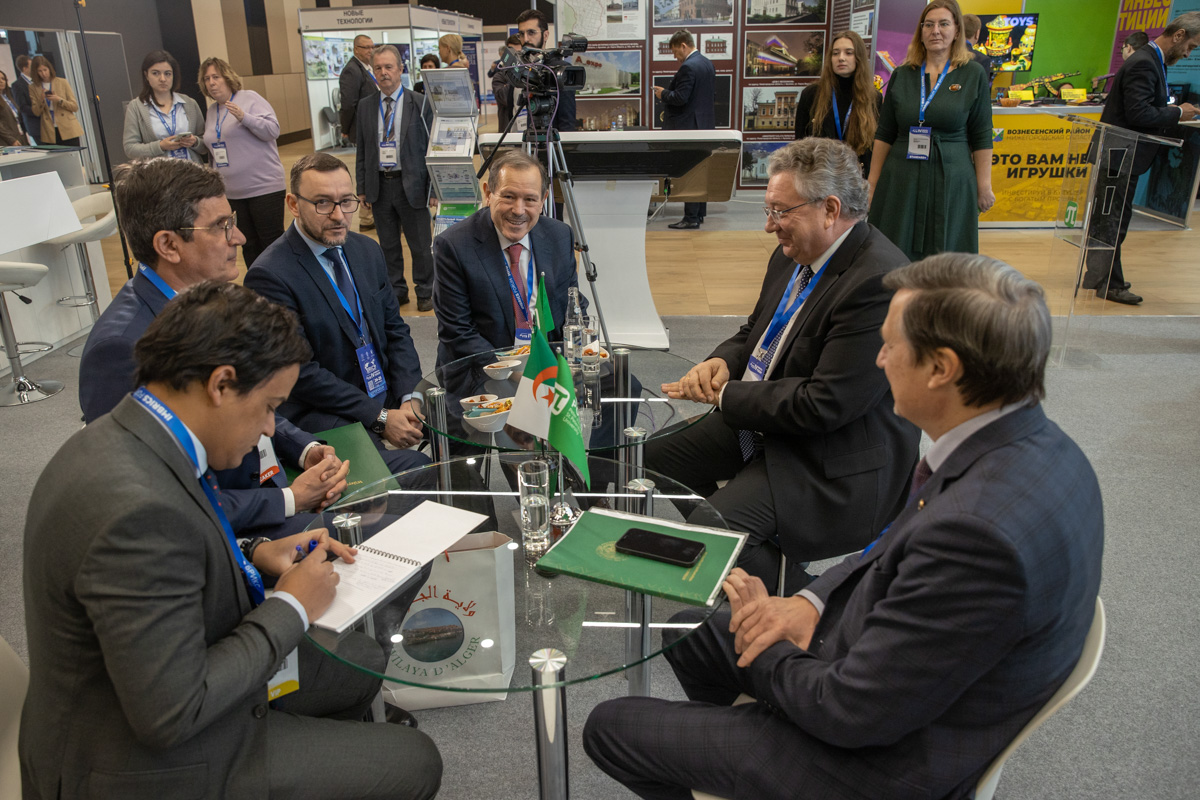 During the business program of the forum, talks were held between the Rector of SPbPU, Andrei Rudskoi, and the Governor of Algiers, Mr. Mohamed Abdenour Rabhi. According to the governor, the city is interested in developing cooperation with SPbPU in the field of renovation and implementation of programs for the integrated development of territories, development of alternative energy sources and energy efficiency. The Rector of Polytechnic University assured that the university is ready to develop cooperation in these and other areas, including other formats — to build a dialogue as individual universities, and strengthen international relations in education and science (in particular, to increase the quotas for Algerian students to study in Russian universities) through ministries and departments. 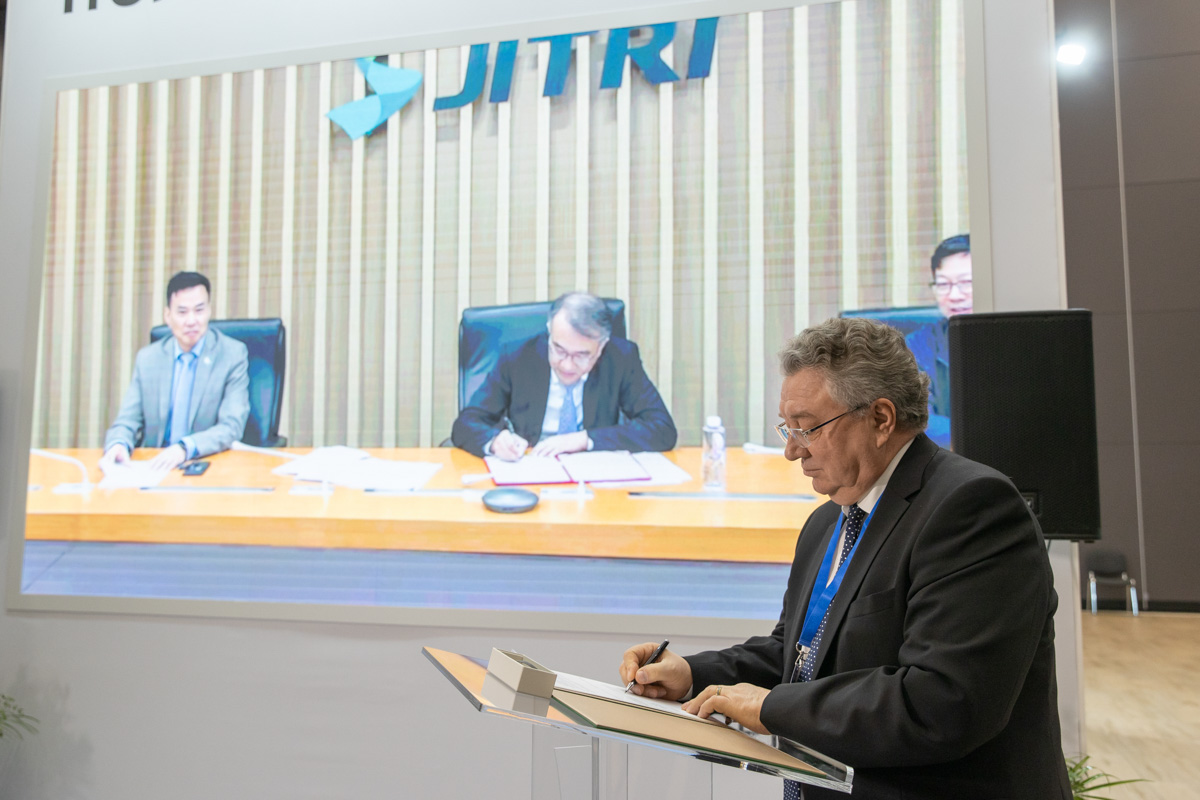 In addition to agreements on cooperation with universities in Egypt and Iran, an agreement with Chinese partners was signed via video conference during IMBRICS+. The agreement provides for the creation in Nanjing of a joint platform for networking and productive interaction with representatives of industrial companies and enterprises. The document was signed by Rector of SPbPU Andrei Rudskoi and President of Jiangsu Industrial Technology Research Institute Liu Qing. Jiangsu Industrial Technology Research Institute (JITRI) is a leading organization in the field of applied research in China. It consists of 72 leading research institutes in materials science, information technology, advanced manufacturing technology, biology and medicine. 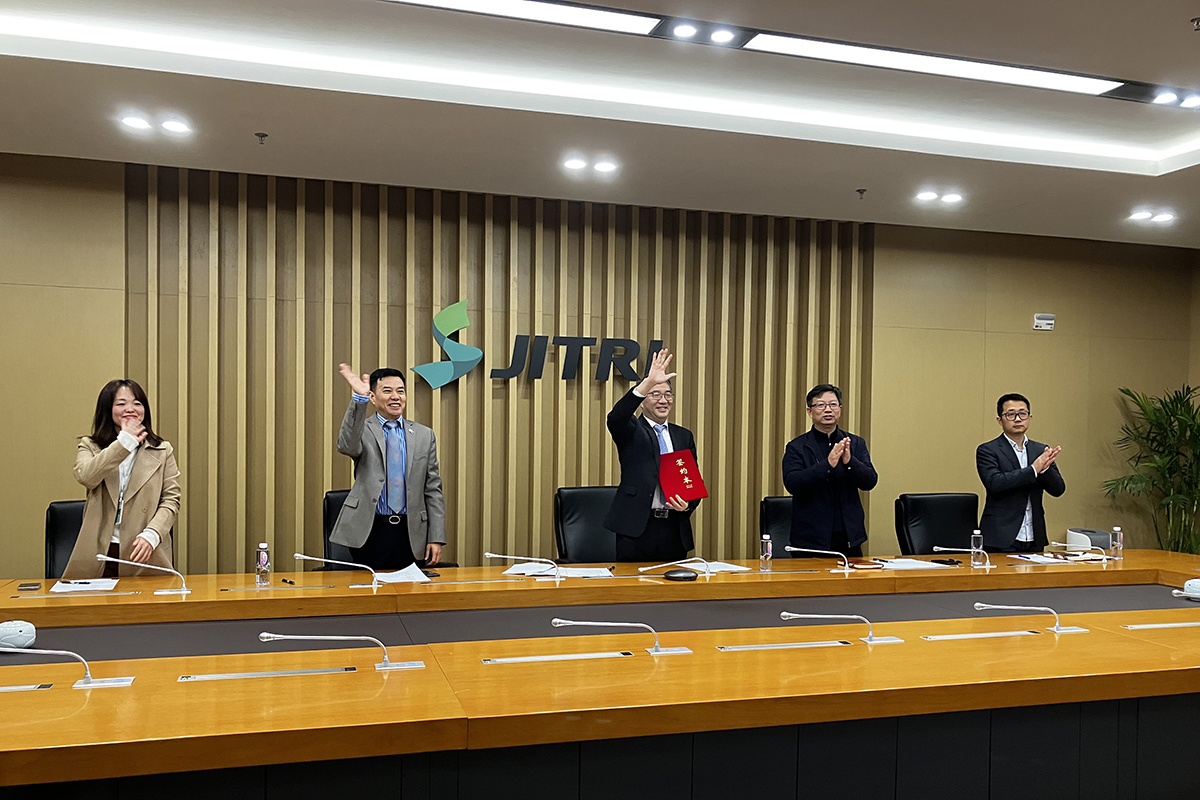 JITRI is known worldwide as the largest science and technology cluster uniting leading Chinese institutes, said Andrei Rudskoi. JITRI promotes science and industry development, breakthrough technologies and their commercialization both in China and abroad. The agreement we signed today is the result of our longstanding partnership. 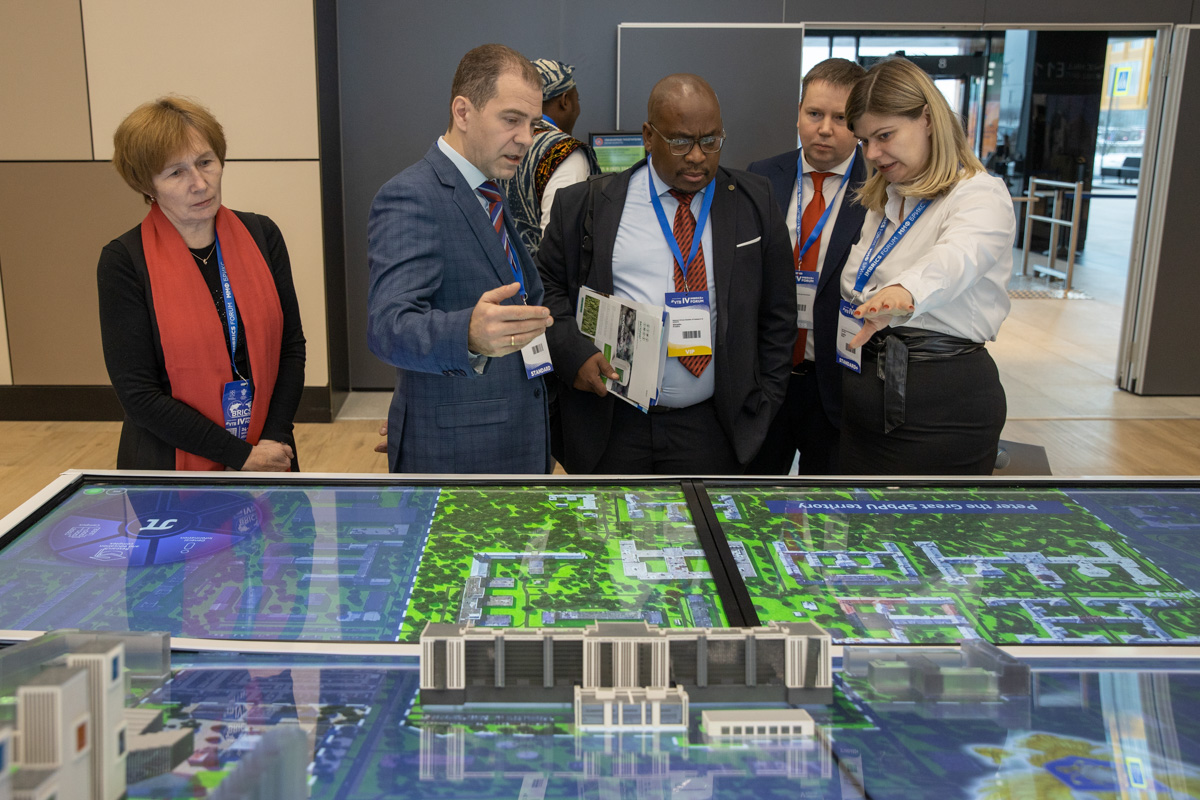 An important part of the business program of Polytechnic University at IMBRICS+ was the presentation of the innovative project «Technopolis Polytech». The project actually defines the strategic development of SPbPU as one of the leading technical universities in Russia. The goal of the Technopolis is to provide training and retraining of engineering and research teams for the high-tech industry, capable of developing and applying world-class digital technologies and solving urgent complex challenge tasks on their basis. It will be built in the north of St. Petersburg, within the boundaries of the main campus of Polytechnic University. 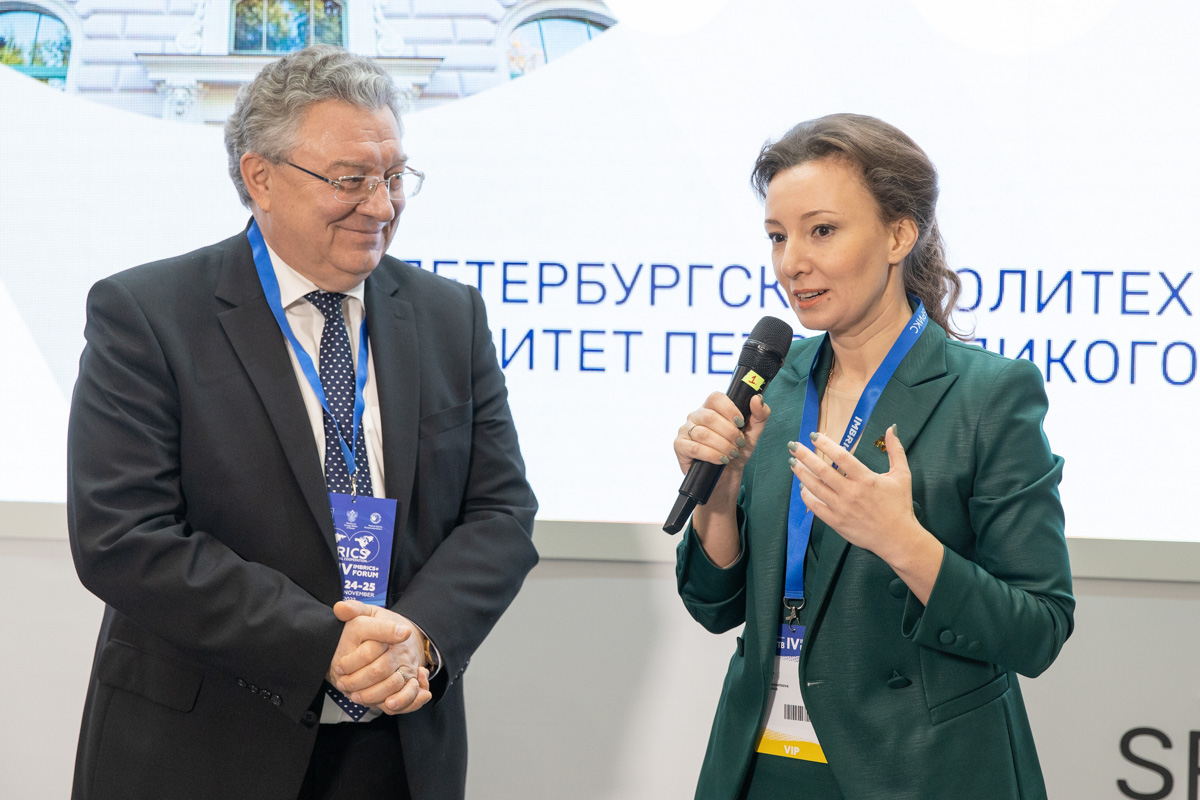 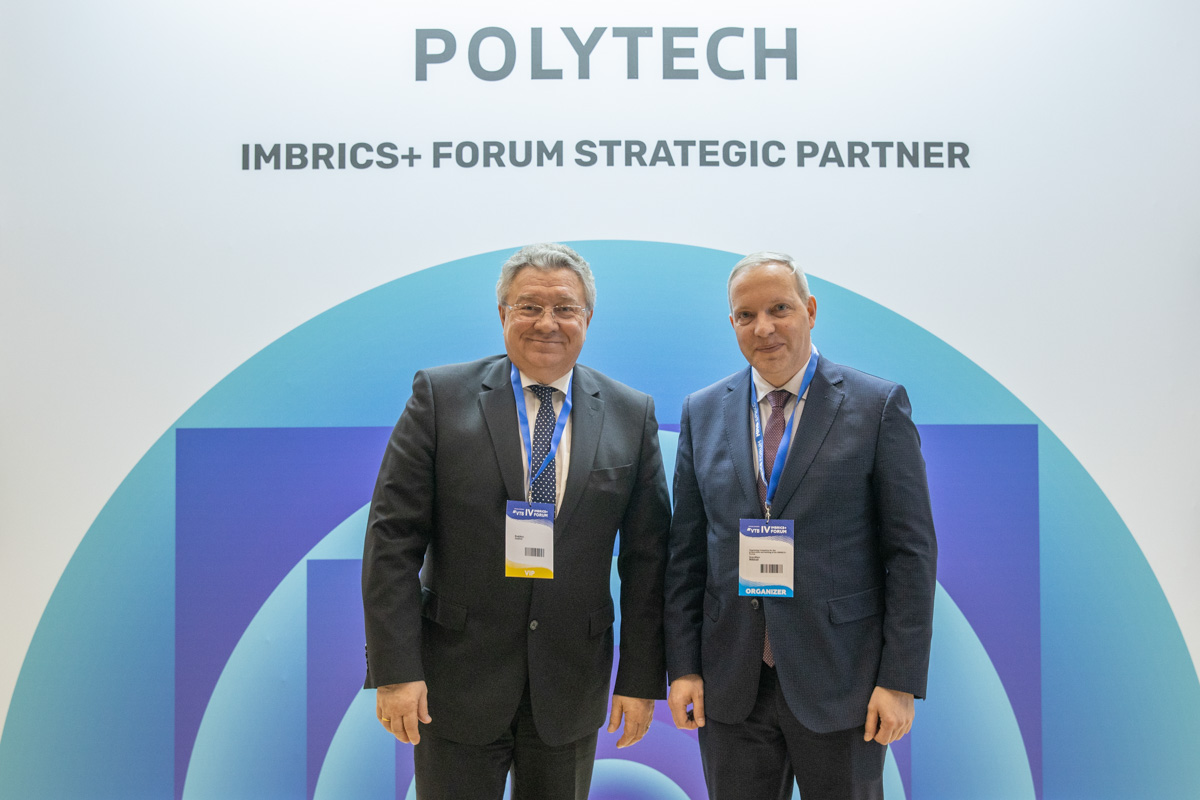 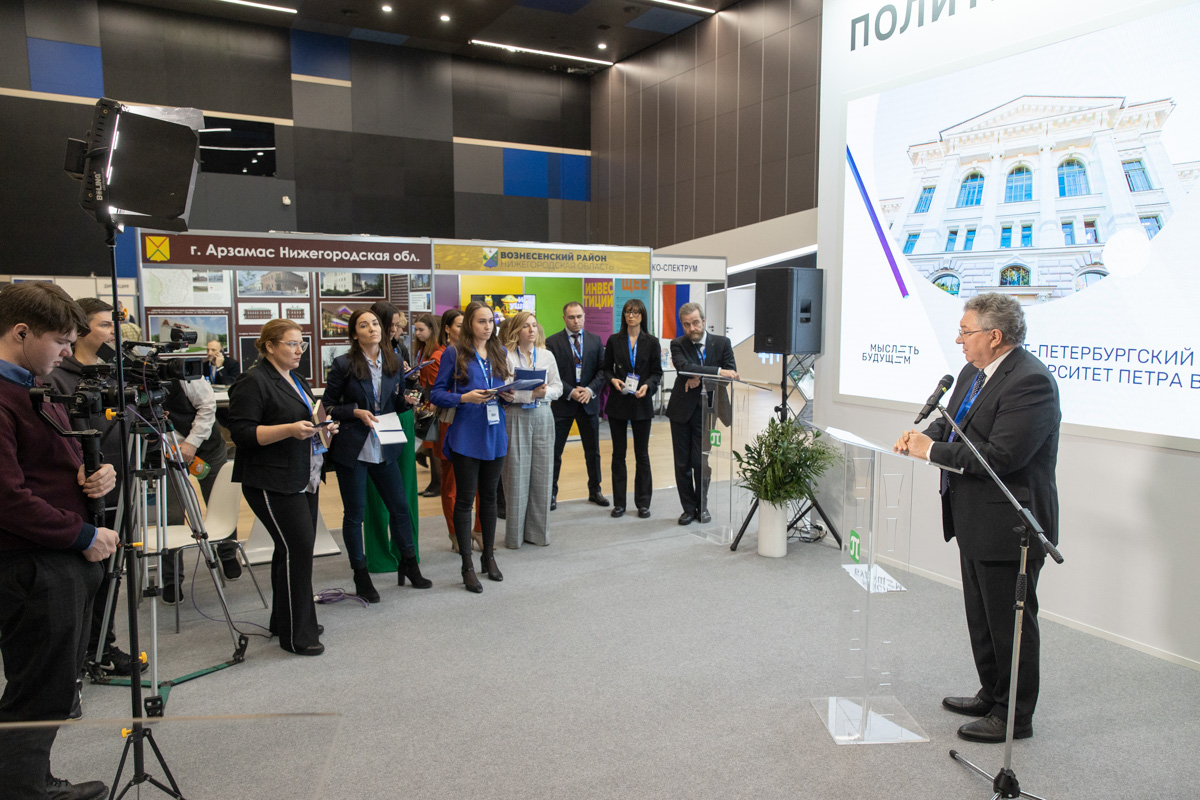 During the press approach on the results of SPbPU’s participation in IMBRICS+, Andrei Rudskoi said that Polytechnic University pays great attention to internationalization and partnership with friendly countries which are more than 400 partners in all regions of the world, most of them from the BRICS+ countries.