The 25th St. Petersburg International Economic Forum was attended by over 14,000 people from 130 countries, 81 countries sent their official representatives. On June 16, 2022 on the margins of the forum, representatives of Peter the Great St. Petersburg Polytechnic University had a meeting with the Iranian delegation. At the St. Petersburg exhibition stand, Rector of SPbPU RAS Academician Andrey Rudskoi discussed with Mehdi Eliassi, Deputy Head of Office of the Vice President for Science and Technology of Iran and other members of the Iranian delegation cooperation in the joint development of high-tech projects, the launch of educational programs, development of the Russian-Iranian academic community, cooperation between Iranian and Russian corporations. 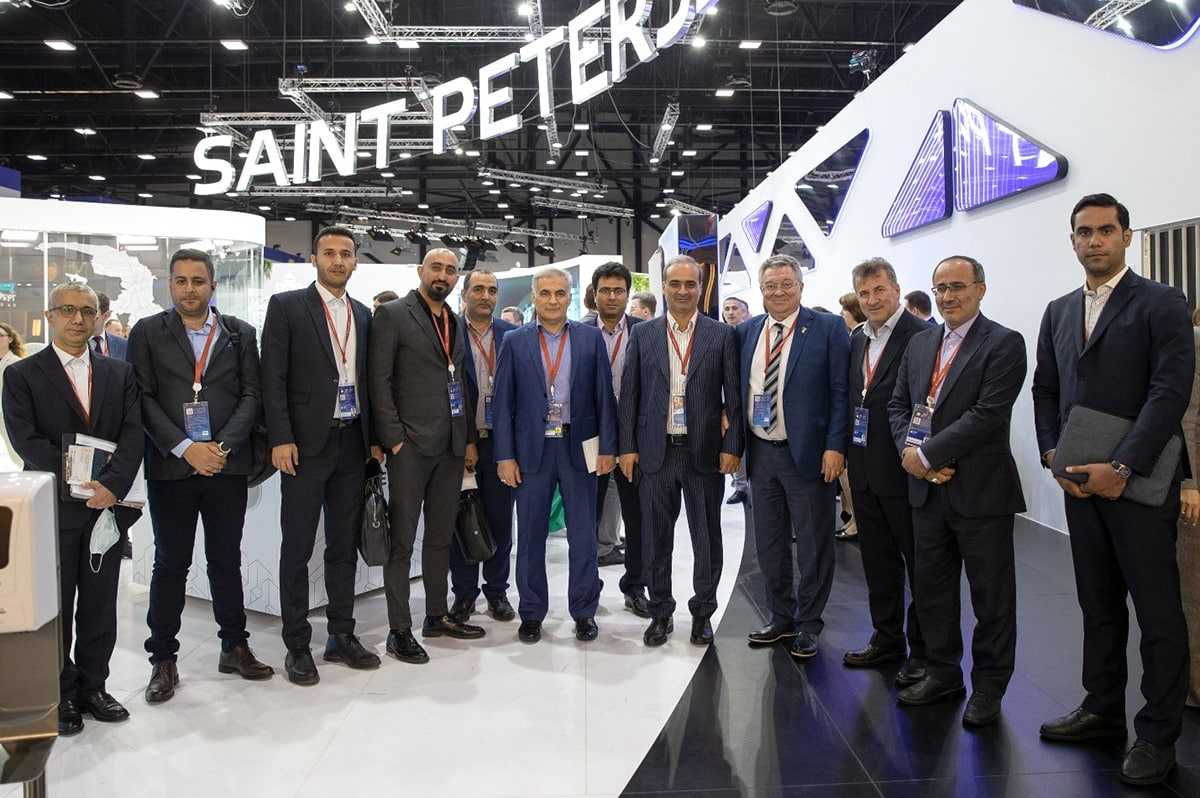 Based on the results of the meeting, the parties agreed to establish the International Research and Education Center (REC) — «Russian-Iranian Center of Innovation Business» — in order to strengthen cooperation in a wide range of areas: joint academic programs to prepare entrepreneurs; promotion of high-tech companies and startups in the markets of Iran and Russia; organization of joint conferences, symposiums, negotiations, mutual advice on scientific, technical, and marketing issues and support of export-import operations.

Accelerating cooperation with partners from Iran at the moment is difficult to overestimate: this is to ensure both technological sovereignty and global competitiveness of the Russian economy in the new reality. Today we are actively working on the following steps: organizing meetings of scientific teams of Russian and Iranian universities, searching for Russian and Iranian high-tech companies to meet the demands of corporations from both countries, and assisting in organizing communication of administrative-territorial formations. It is important to note that we have already been approached by the Smart Tehran Center of Tehran city administration to build long-term mutually beneficial relations, comments Alexey Efimov, associate professor at the Institute of Advanced Manufacturing Technologies (IAMT) of SPbPU, curator of the project of opening the Russian-Iranian International Research Center for Innovative Business.

On June 17, a delegation from Iran visited Peter the Great St. Petersburg Polytechnic University. The meeting, which took place in the meeting room of the Academic Council, was opened by the Vice-Rector for International Affairs of SPbPU Dmitry Arseniev and Deputy Office of the Vice President for Science and Technology of Iran Mehdi Eliassi. The parties confirmed their interest in the joint development of scientific and technological projects, educational programs, and collaboration development not only between the University and the Center for International Science and Technology Cooperation of the Vice-President of Science and Technology, but also their partner network. The event was also attended by representatives of the SPbPU National Technology Initiative Centre for Advanced Manufacturing Technologies: Oleg Rozhdestvensky, the Director of the SPbPU World-class Scientific Center for Advanced Digital Technologies, Deputy Head of the SPbPU NTI Center; Valery Leventsov, Director of the SPbPU Institute of Advanced Manufacturing Technologies, and Alexey Yefimov, Associate Professor of the SPbPU Institute of Advanced Manufacturing Technologies. 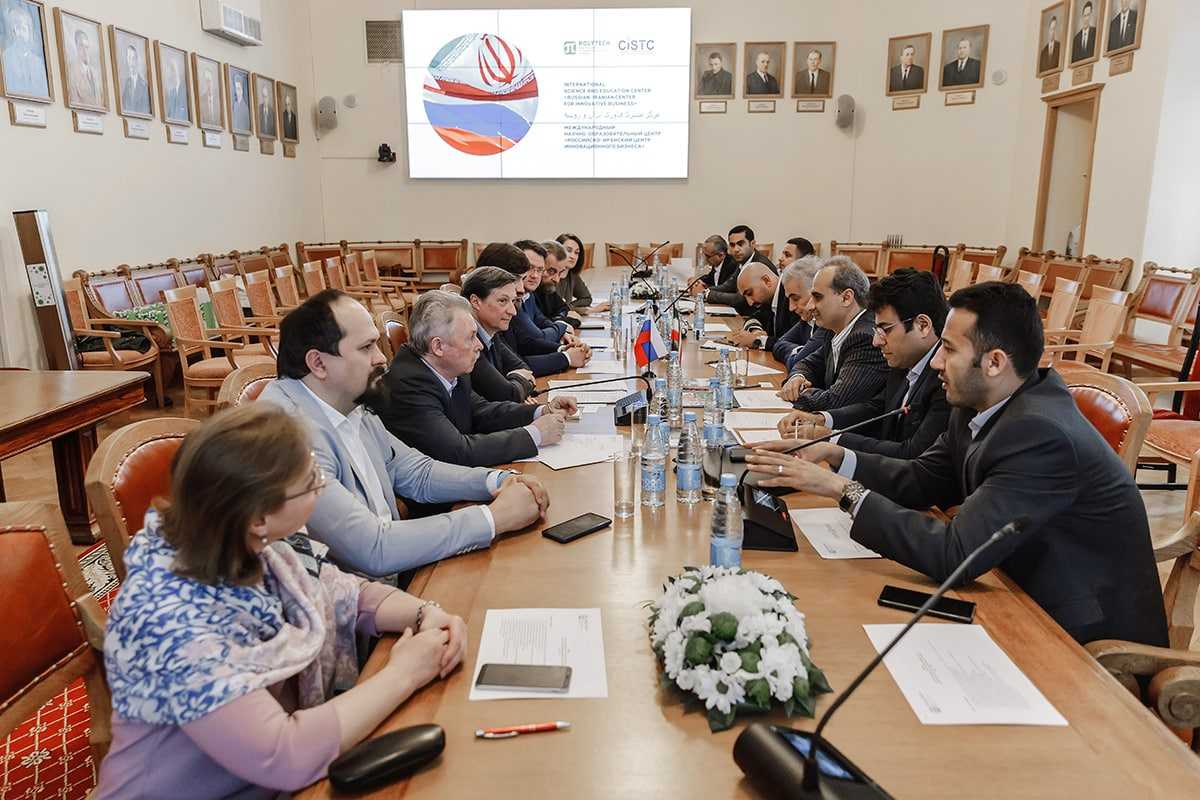 The guests took a tour of the Polytechnic University, its laboratories and scientific centers. During the working meetings, Alyona Alyoshina, Acting Director of the Higher School of Energy Engineering of the Institute of Energy (IE) at SPbPU, and Professor Viktor Rassokhin held talks with representatives of the Mapna Turbine Engineering and Manufacturing Company (TUGA) and discussed joint projects in the field of turbine engineering. Mohammadjavad Hajeh, General Director of Faraz Aseman Parsian Company (Peravia) and Alexander Breki, associate professor of the Higher School of Mechanical Engineering of the Institute of Machinery, Materials, and Transport of SPbPU discussed cooperation in the production of innovative machine oils. Then the negotiations between Russian and Iranian innovative companies on the topics of current FinTech services and advanced technologies in medicine took place. At the end of the visit the parties discussed the next steps in the development of cooperation. 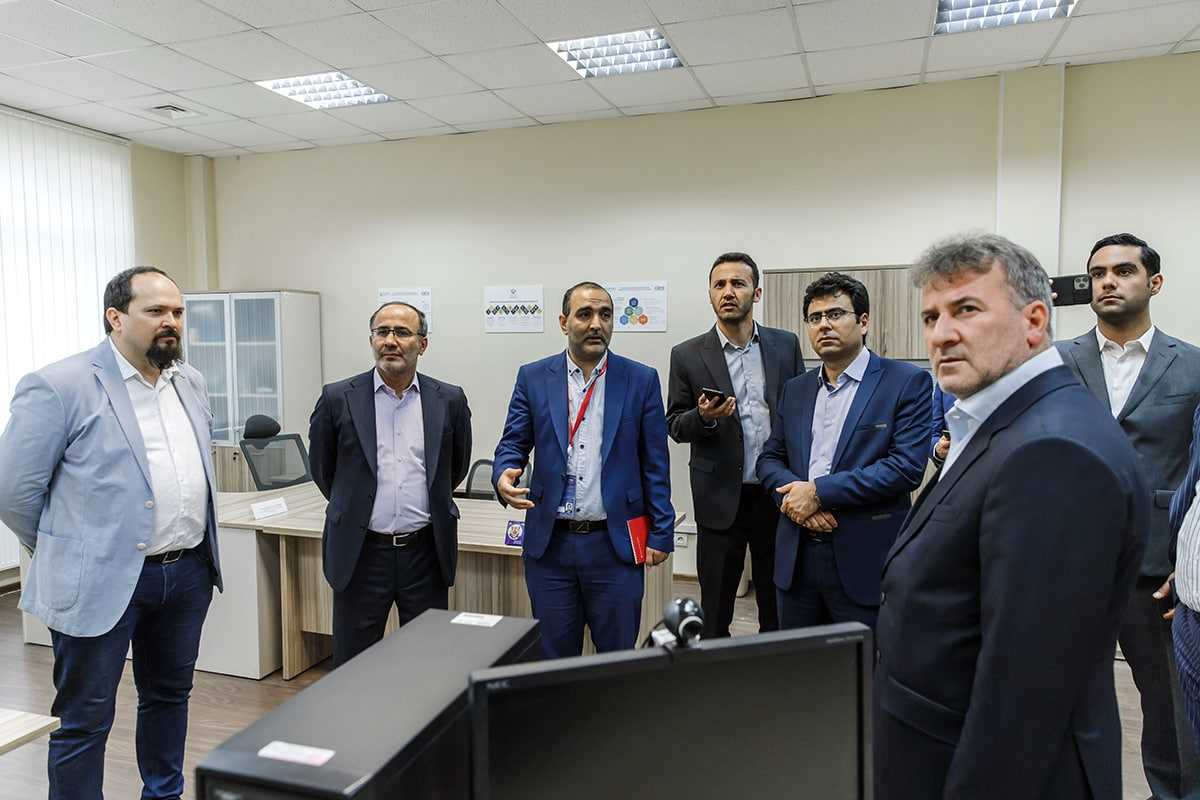 It should be noted that this is the second meeting of the Iranian representatives with the SPbPU team, which confirms the high interest of foreign partners in the scientific and educational potential of the University. Earlier, representatives of the Office of the Vice President for Science and Technology of the Islamic Republic of Iran, the main Iranian state body in the field of development of technological and innovation potential of the country, visited Polytechnic University. The meeting was the first official visit within the framework of the International Russian-Iranian Scientific and Educational Center for Innovative Business.