The Busy Week agenda included negotiations with overseas partner organizations. On May 22nd SPbPU representatives hosted an Iranian delegation and held a series of meetings with delegates from Argentina, Australia and China on the 23rd of May. 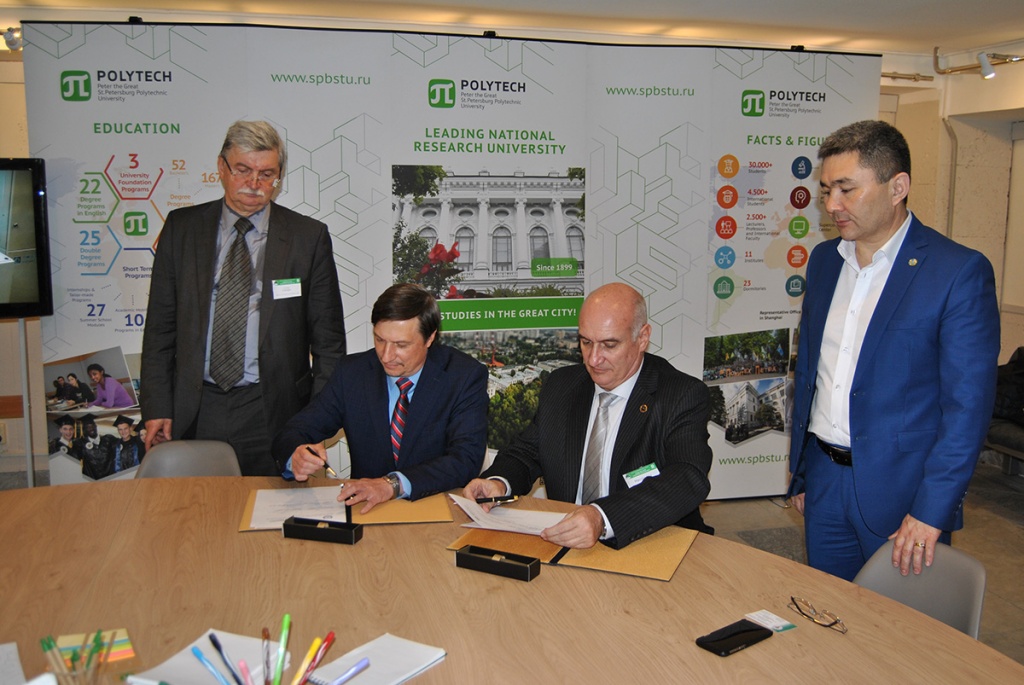 The Argentine delegation was made up of vice-rector of the National university of Central Buenos Aires (UNICEN) Marcelo Aba, mayor of Necochea Mr. Facundo Lopez, councilor to the mayor of Necochea G. Denegri, and others. The delegates attended in the plenary meeting of the International Polytechnic Week where Mr. Aba gave a speech about internationalization of higher education in Latin America. Later on the staff of the international relations office took the guests on a campus tour making stops at the Science and innovation Complex and the R&E Center “Renewable Energy and energy generation plants”.

The key research areas at the National university of Central Buenos Aires are agriculture and forestry, biology and veterinary science, Earth sciences, energy engineering, mining, machine engineering, and materials science. The university maintains cooperation with universities around the world and active membership in various international organizations. 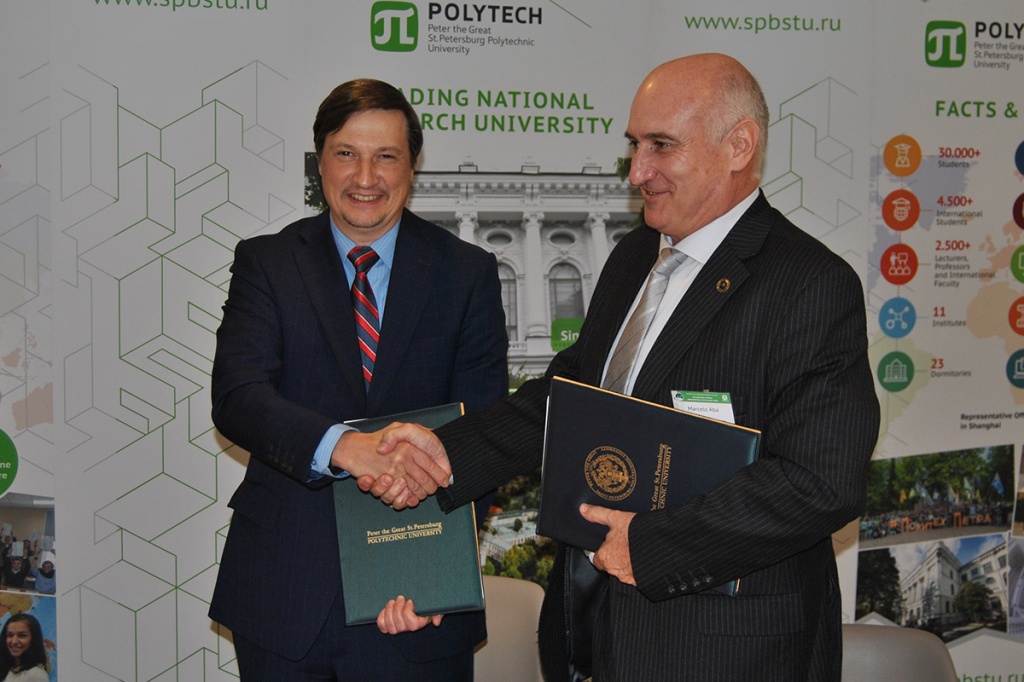 The visit of the Argentine delegation was preceded by a long-term contribution of both parties whose cooperation started back in 2016 with a visit of the First Deputy Minister of Industry and Trade Mr. G. S. Nikitin which resulted in the definition of mutual goals in science. In order to achieve these goals memorandums between Russia and Argentina were signed in November 2016; in March 2017 an intention to establish cooperation in renewable energy between SPbPU and UNICEN was put into words for the first time. A letter of intent sent by SPbPU was later approved by UNICEN.

Vice rector for International Relations Mr. D.G. Arseniev pointed out that the Peter the Great St. Petersburg Polytechnic university has cherished a close partnership with the academic community of Latin America - Brazil, Mexico and Ecuador in particular, but regretfully up until now has had no links with any Argentine universities. 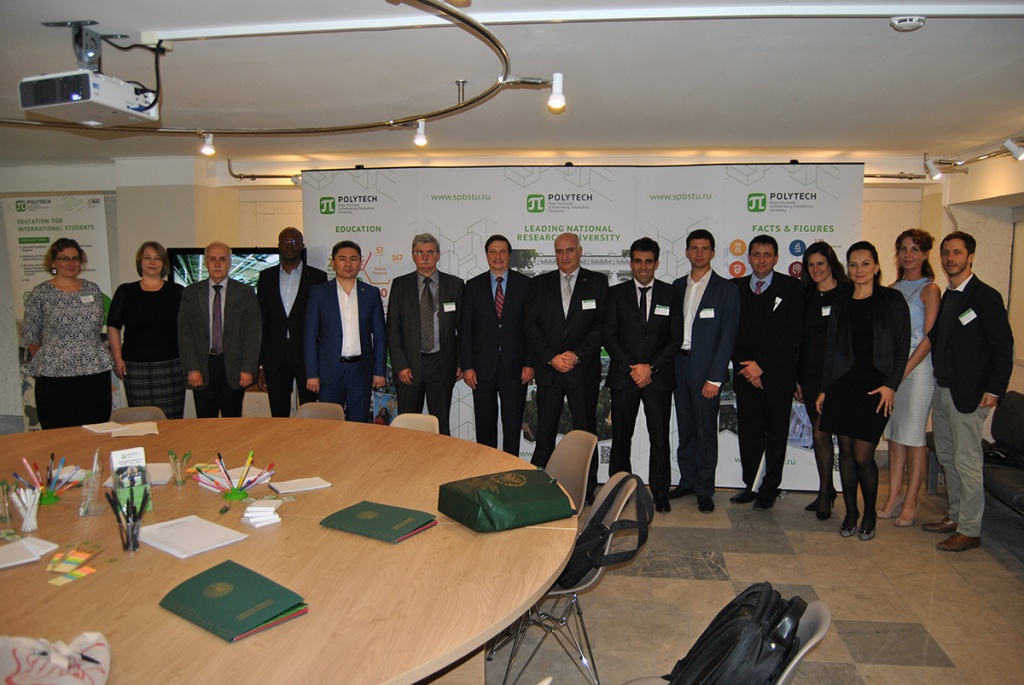 The negotiations were attended by Mr. Facundo Lopez. In his welcome address Mr. Arseniev referred to the interuniversity cooperation as “a step towards the intercity cooperation” which will be supported by SPbPU all along. The negotiations culminated in the signature of an agreement between UNICEN and SPbPU in the presence of the Argentine representatives and vice rector for International Relations of SPbPU, who later exchanged memorable souvenirs.

The guests wrapped up their visit by joining Polytech professors for a roundtable session “Russia-Argentine: renewable energy cooperation”. 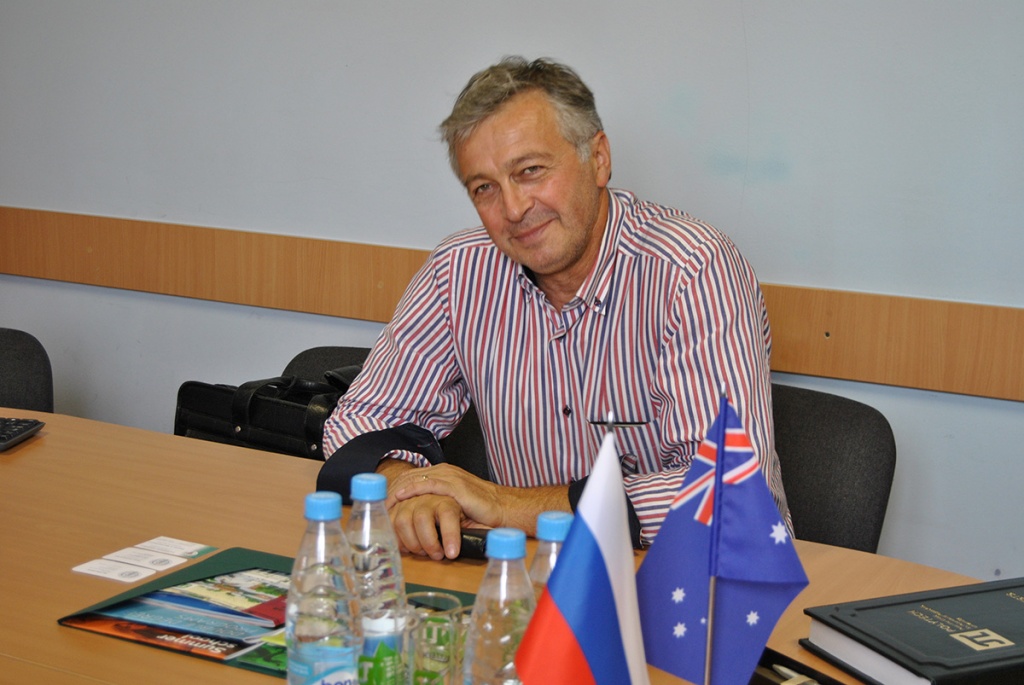 On the same day another meeting was held between Business development Manager of the Sydney University of Technology (Australia) Mr. Frederic Vilmont and the staff of the International Relations Office and vice rector Mr. D.G. Arseniev. Both parties attached great importance to this meeting because it promised to lay the foundations for a more solid and stable relationship between SPbPU and Australian colleges. The issues that were brought in focus during the meeting related to teacher mobility and the participation of Australian students in the International Polytechnic Summer School which is considered the largest summer school in Russia. Mr. Vilmont showed genuine interest in summer school programs and remarked that the recent success of Polytech in the international rankings hadn’t go unnoticed in Australia.

One of the events of this busy day was the negotiations held between the international relations office and the representatives of the SPbPU long-time partner – the Tsinghua University (China). The delegation was led by academician Ni Weidou who defended his candidate’s thesis at Polytech more than 50 years ago. The Tsinghua delegation was also an active participant in the Polytechnic Week and exhibited at the International Education Fair.