Peter the Great St. Petersburg Polytechnic University and at Binh Duong University (BDU), Socialist Republic of Vietnam, are connected not only by partnership, but also friendly relations, which have been lasting for over 10 years. Cooperation between the universities is developing on the basis of joint educational programs with intensive studying Russian, creation of laboratories and research centers, participation in conferences, etc. SPbPU professors visit BDU on regular basis for lecturing in informatics, electrotechnics, and economics. 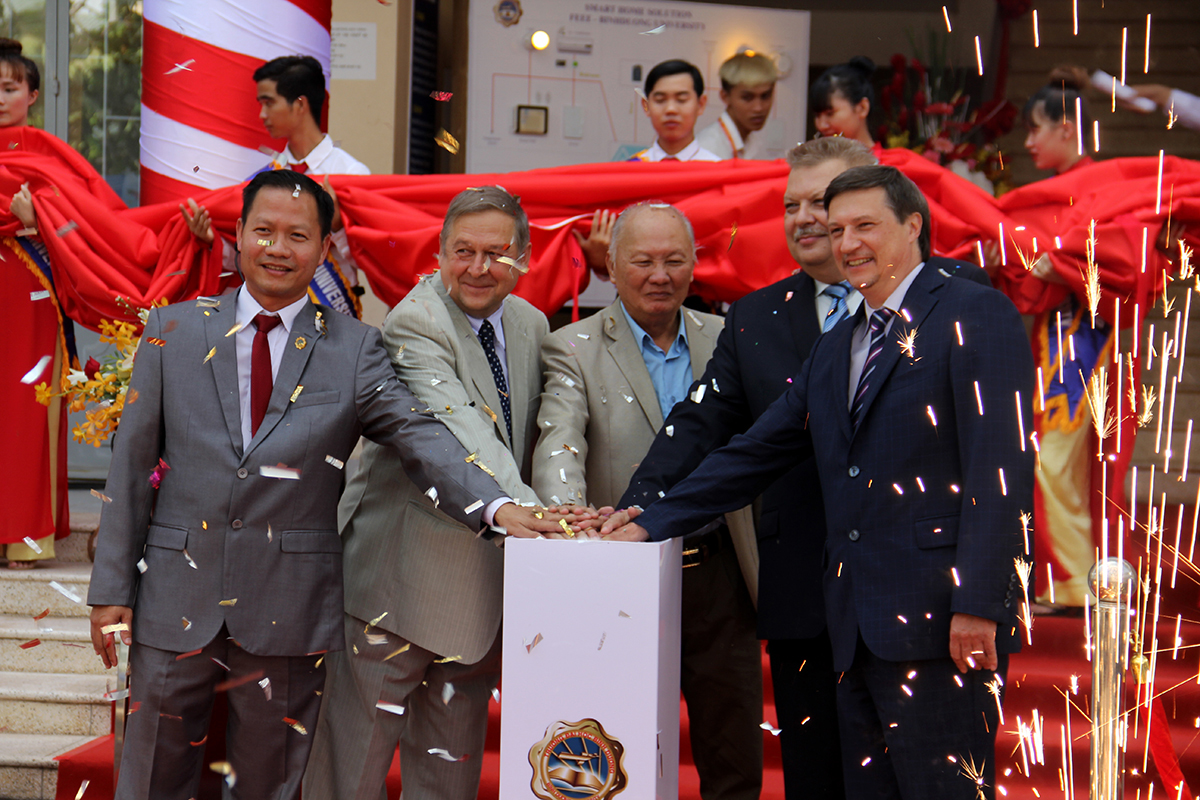 Polytechnic University is a customary and favored participant of the events organized by the Vietnam partner. To promote the Russian language, culture, and science, a two-week long grand-scale festival called “The Days of Russian Culture and Science” had been taking place at the University of Binh Duong in Ho Chi Minh City in May 2018. In organization of the festival, the Binh Duong University got active support from its Russian colleagues from the Higher School of International Educational Programs (HSIEP) and the Institute of Physics, Nanotechnologies, and Telecommunications (IPNT) who came to Ho Chi Minh City as part of a representative delegation headed by SPbPU Vice Rector on International Activities D.G. ARSENYEV. In addition, representatives of the RF Consulate General in Ho Chi Minh City, the Rossotrudnichestvo Company and the Russkiy Mir Foundation provided their usual support in organizing the large-scale event. 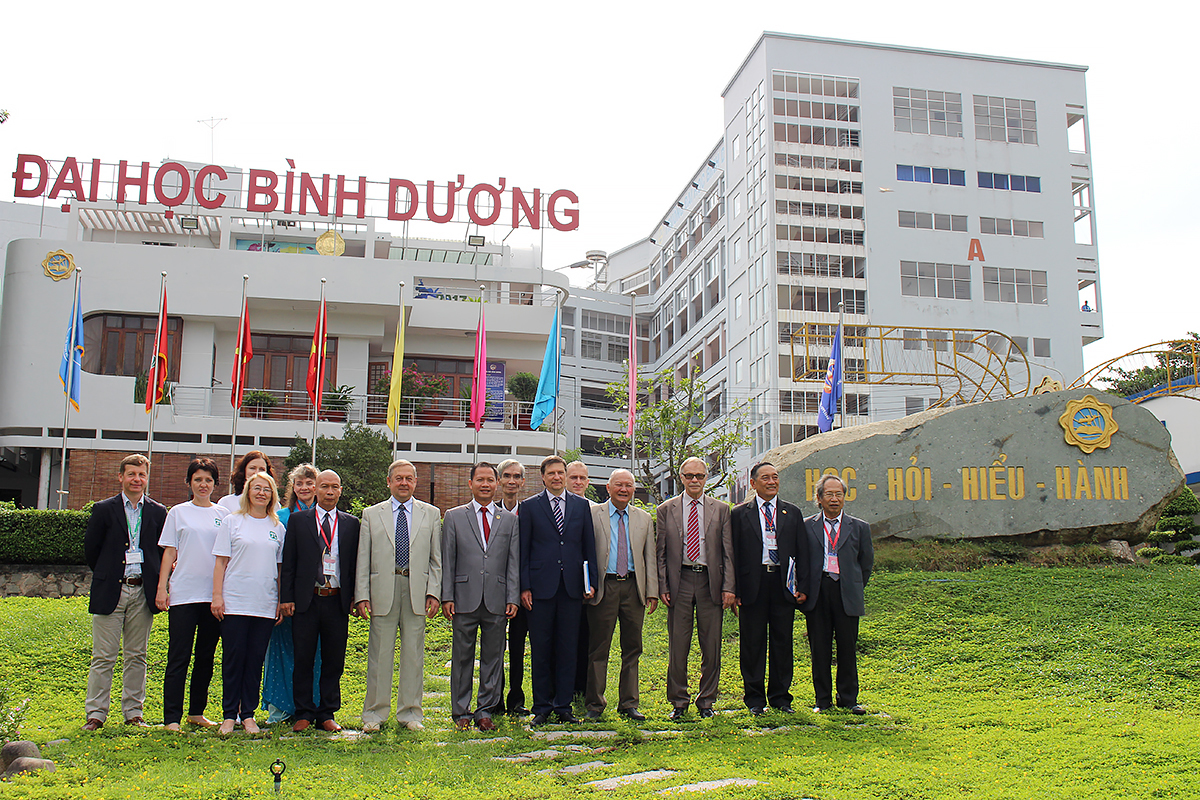 Polytechnic University had its special day at the festival; on May 30, interactive lessons of the Russian language along with introduction of Russian folk songs and dances were presented: HSIEP teachers had prepared these together with BDU students. A major concert concluded the program. 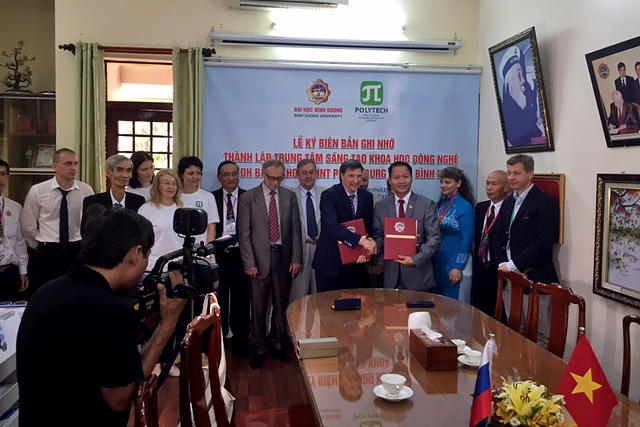 SPbPU was the guest of honor at the May 31 final events which included research and educational aspects alongside the cultural component. One of the key events of the day was the official ceremony of signing a Memorandum between SPbPU and BDU on the establishment of an Innovation Scientific and Technological Center; the signees were Vice-Rector D.G. ARSENIEV and rector of Binh Duong University Kao Viet HIEU. It is planned to execute and implement innovative activities in key areas of mutual interest, analytical work, and of joint project developments in the nearest future.

A round table was held after the ceremony of signing the Memorandum at Binh Duong University; besides the SPbPU delegation, it was attended by representatives of the Vietnam scientific community. At the event, in addition to the general discussion, the SPbPU representatives, Director of the Institute of Physics, Nanotechnologies and Telecommunications (IFN & T) Professor S.B. MAKAROV; Associate Professor of the Higher School of Applied Physics and Space Technologies А.V. RASHICH; Associate Professor of IFN & T, Project Manager for Southeast Asian Countries V.I. MALYUGIN and Associate Professor of the Higher School of Cyberphysical Systems and Control V.V. POTEKHIN presented reports on the three major areas of research at the University. 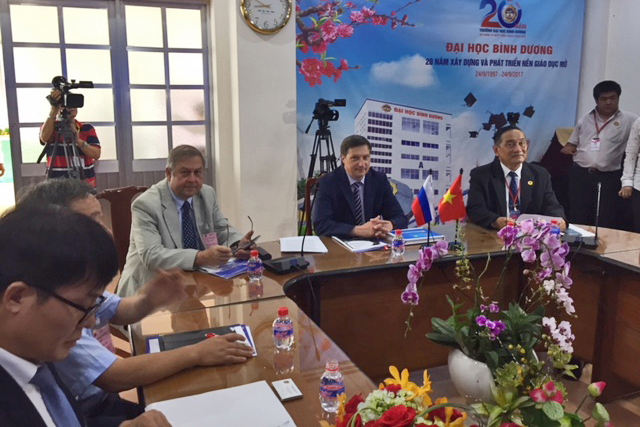 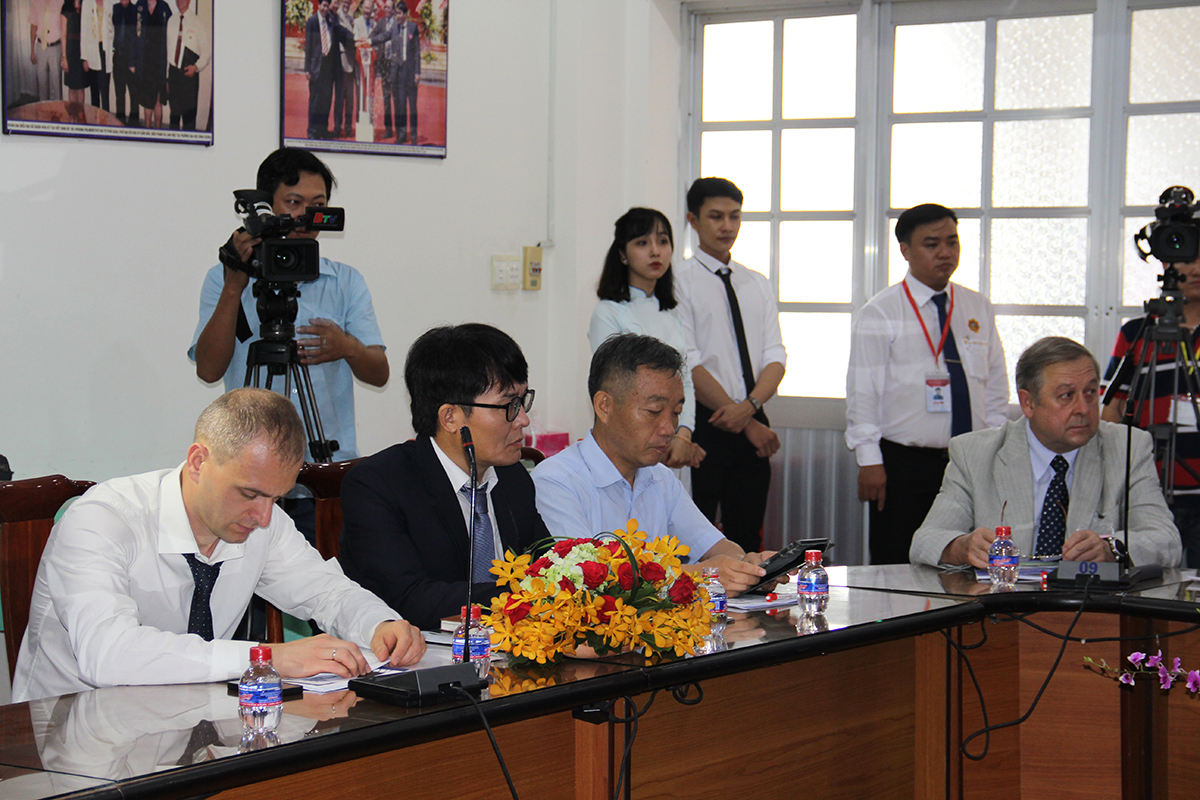 S.B. MAKAROV spoke about advanced technologies in the field of telecommunication and mobile systems; V.I. MALYUGIN introduced a system for collecting meteorological data and forecasting catastrophic events; A.V. RASHICH’s presentation was dedicated to the essentiality of the FPGA-Microcontroller-Embedded System projects, while V.V. POTEKHIN shared his innovative experience in introducing artificial intelligence technologies to production activities. Invited experts from various areas of expertise also came up with presentations and reports. 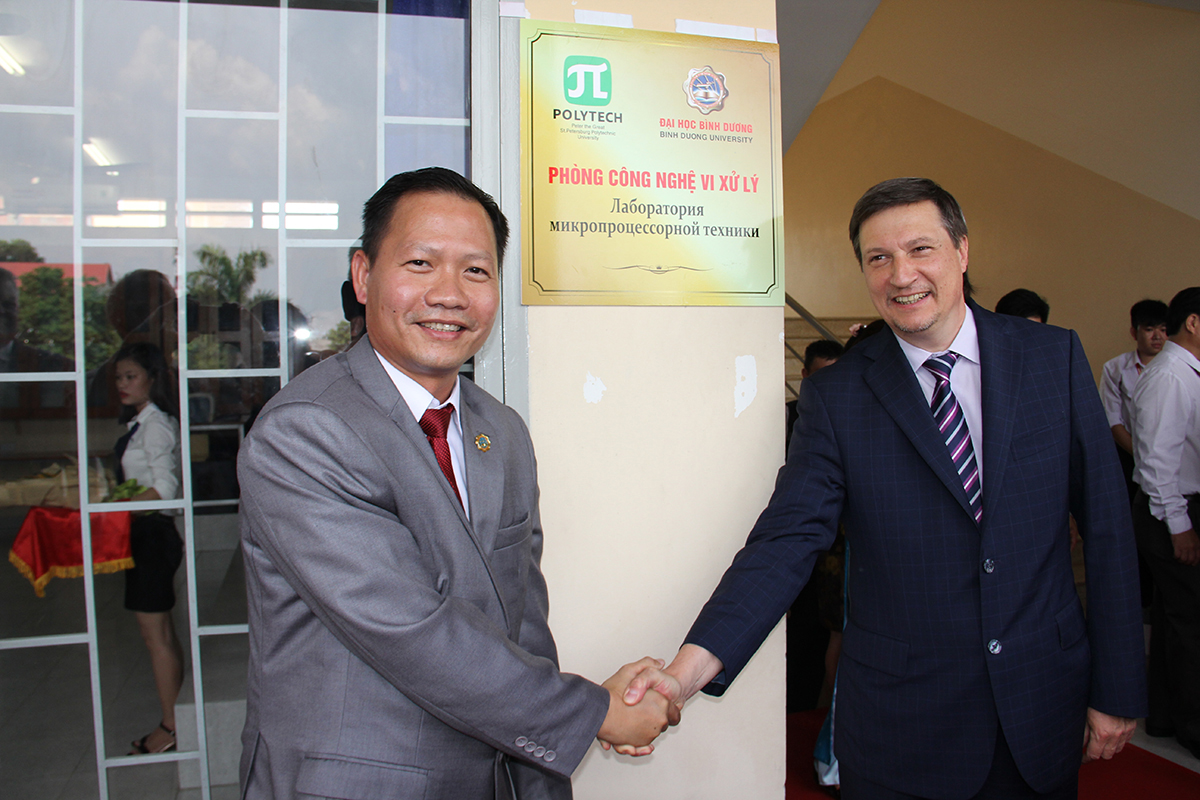 In conclusion, the central event of the busy day program was the grand opening of the joint SPbPU and BDU laboratory of "Microprocessor technology" dedicated to FPGA-based development of digital devices. The festive ceremony started with welcome remarks of the rector of Binh Duong University Kao Viet HIEU, who noted in his welcoming speech the importance and relevance of the events that have a clear positive impact on unification and cohesion of the two cultures and allow the Vietnamese people to immerse themselves in the uniqueness and individuality of Russia. 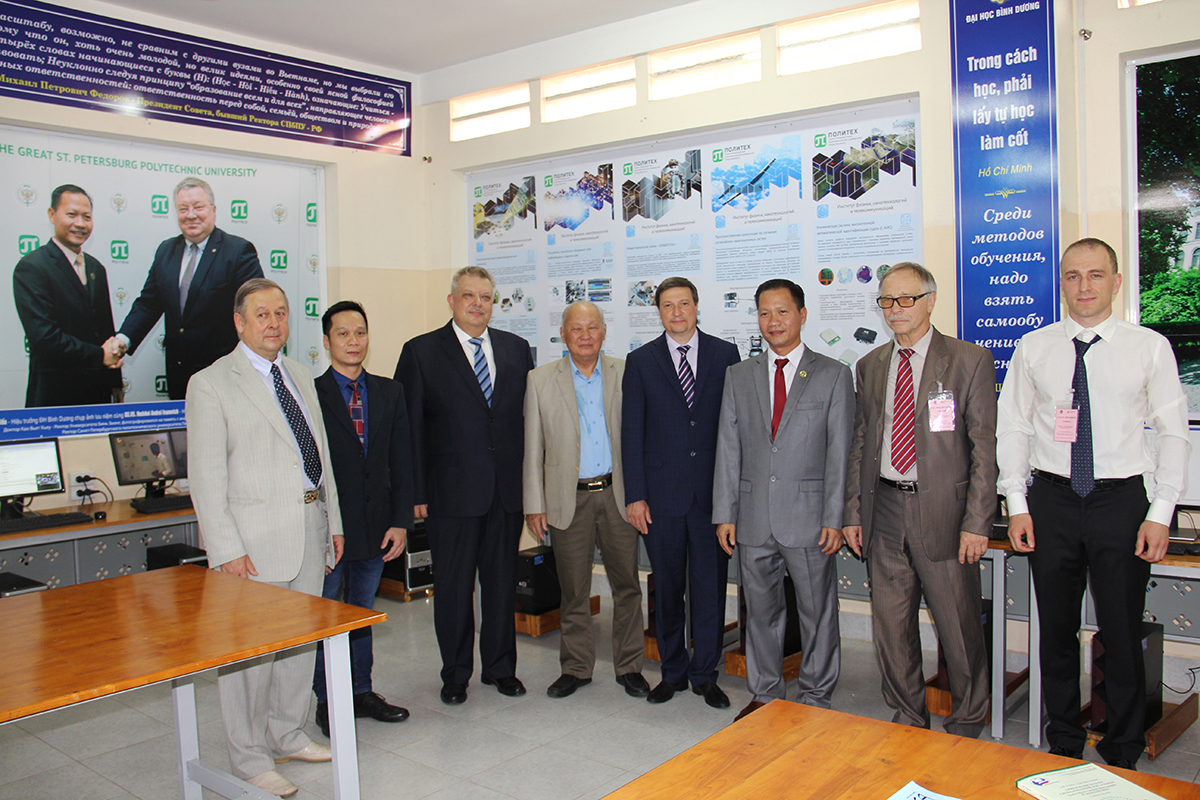 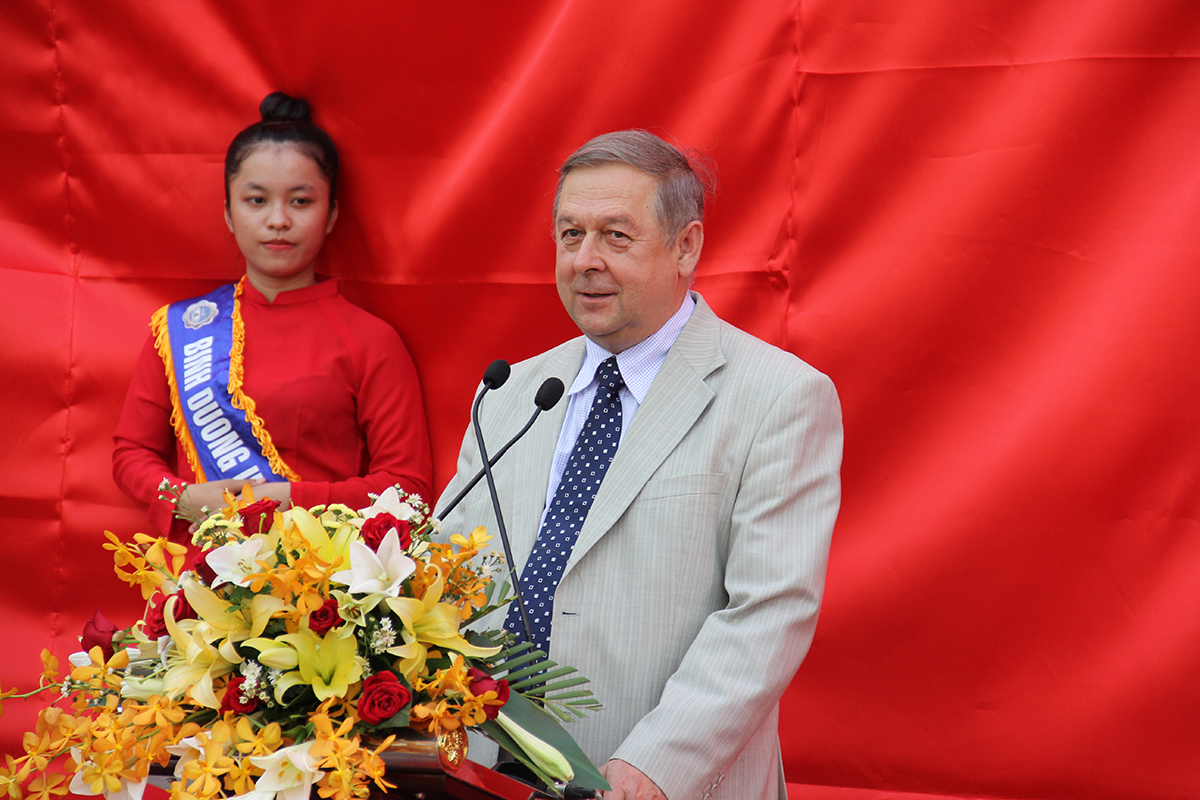 On behalf of Polytechnic University, SPbPU vice rector on International Activities D.G. ARSENYEV greeted the audience. He pointed out that important events had taken place in the SPbPU-BDU cooperation, which could be implemented only thanks to the efforts of rector of Binh Duong University Dr. Kao Viet HIEU, focused at the further development of the university as an innovative school of higher education. 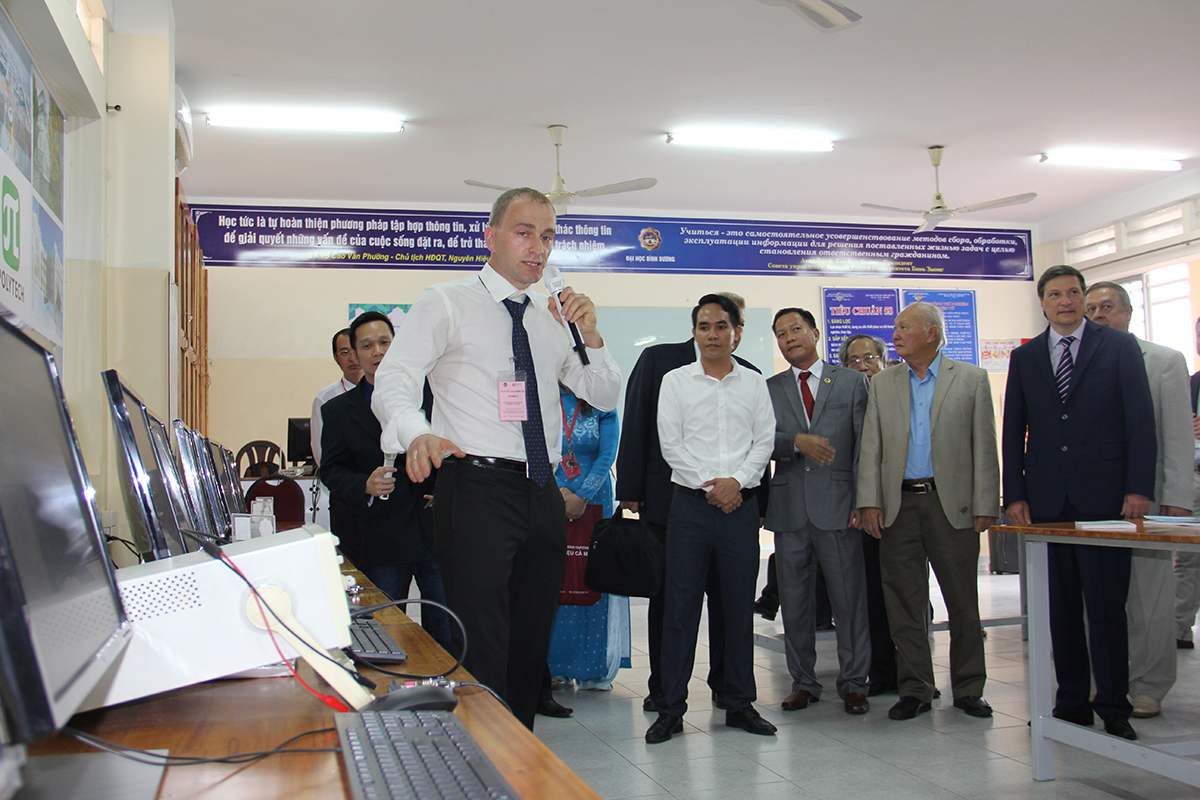 To mark the opening of the laboratory, those present had simultaneously pressed a symbolic button that simulated the launch of a new stage of scientific and technological cooperation between SPbPU and BDU. Training in advanced areas of micro processing equipment with Polytechnic University’s methodological support will be carried out on the basis of the new laboratory. The team Institute of Physics, Nanotechnologies, and Telecommunications team provided a major support to this project. 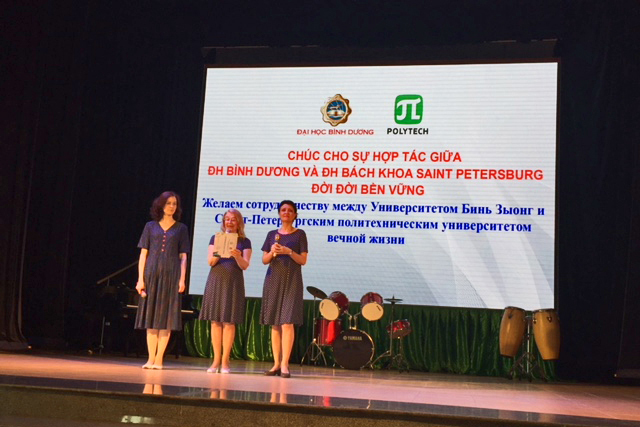 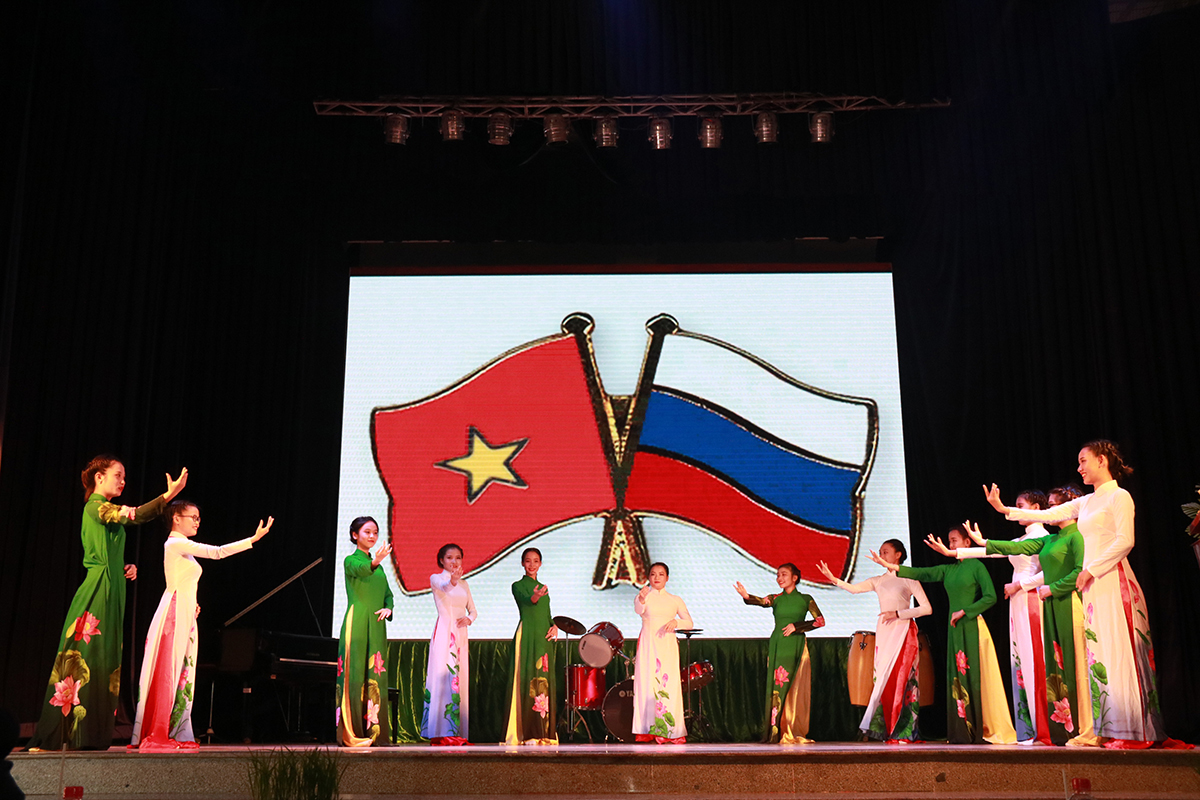 In the final part of the evening program, an official award ceremony for the participants of festival contests was followed with artistic performances and a group dance of Russian and Vietnamese students dressed in the colors of Russian and Vietnamese national flags. We will tell about the contests that had been organized for the participants of “The Days of Russian Culture and Science” Festival in Ho Chi Minh City in our subsequent news issues. Please follow the updates on the website of the Polytechnic University!