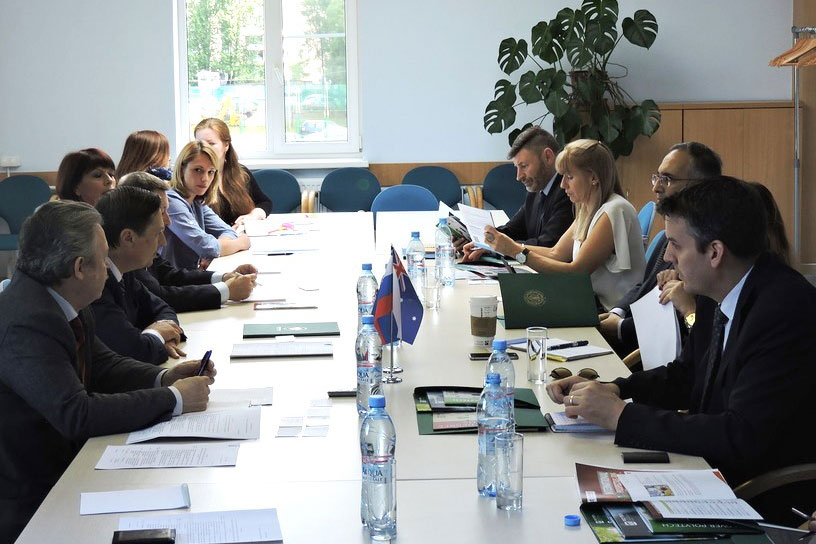 SPBPU Vice-Rector for International Relations D. G. Arseniev delivered an opening speech. Dmitry Germanovich addressed his Australian colleagues, expressing hope for the establishment of long-term contact and joint implementation of educational and scientific projects. According to the Vice-Rector, the development of a partner route involves mutual agreement on the participation of students from both countries in academic mobility programs, summer schools, and scholarship projects. In the course of discussion, it became obvious that the Australian academic community is particularly interested in the strategic capabilities of SPbPU in the development of scientific activity. The foreign guests confirmed that the research conducted by our scientists is known all over the world. Positive feedback provided by potential partners proves the success of the Polytechnic University in the achievement of international recognition and establishment of global scientific contacts. 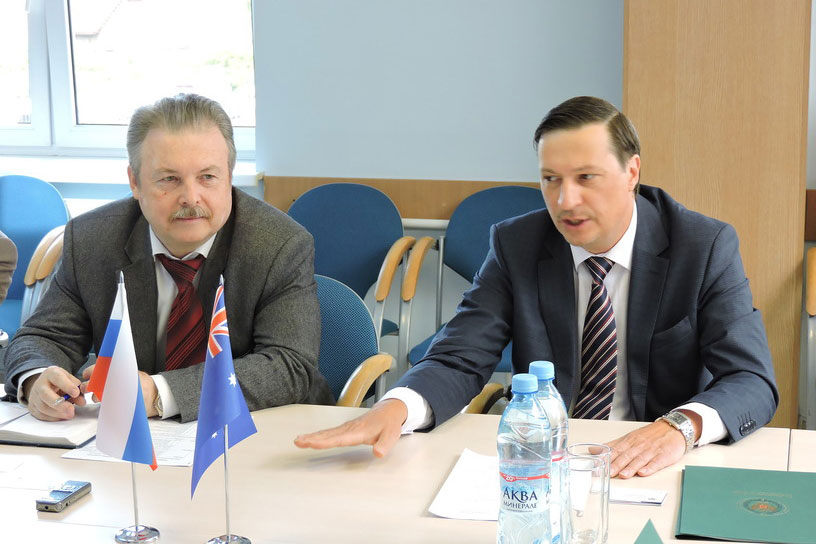 The sides also discussed the issues concerning the scholarship program "Global Education", enrollment of students from major Australian universities in summer schools and semester programs, opportunities for the implementation of joint master's degree programs in the fields of mutual interest, and attraction of students and professors from Australia to SPbPU.

Each Australian university has something to offer in terms of scientific research. For example, the University of Melbourne has the widest variety of disciplines: its scientists conduct research in pharmacology, information technologies, engineering sciences, etc. 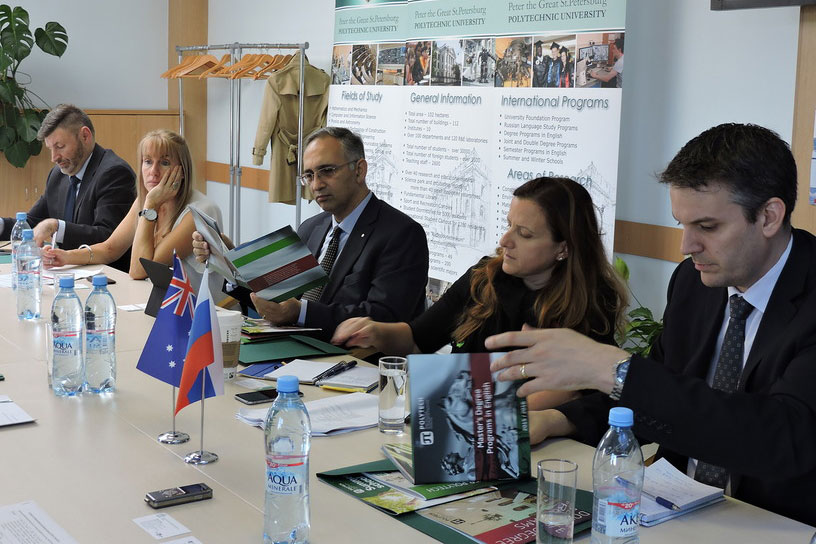 Damian Spencer from La Trobe University talked about the developments in microbiology, biochemistry, and cell biology. Regional Director for Education Services at the State Government of Victoria Karine Ataya reported that many foreign students study at Australian universities. All educational institutions have a wealth of culture and history. Established in 1855, the University of Malbourne is the oldest one in the Victoria state. Every year, over 56,000 applicants enter the Monash University. Both these universities are among the world's best. Business, management, and economics are the disciplines of choice among young people, followed by professions in arts, humanities, and social sciences.

It is not the first time that N. D. Konovalova, Business Development Manager in Russia and CIS, Australian Trade Commission, Australian Embassy Moscow, visits the Polytechnic University. The main objective of the Australian Trade Commission is to promote higher education in Australia and help establish contact between universities. Speaking in front of students, Natalia Dmitriyevna always emphasizes that modern Australia is a country of progressive knowledge, innovative breakthroughs, and intellectual achievements. Australian diplomas are recognized all over the globe, and graduates make a career with the world's leading companies. The most important part, however, is the way Australia treats international students. Each person is viewed in terms of their potential, professional growth, and benefits for economic development. Studying and progressing in Australia is extremely comfortable. Student can get accessible accommodation, attend English language courses, do sport, and enjoy a sunny weather every day. The system of higher education in Australia is represented by 40 universities, 300 state colleges, and over 10,000 schools. Importantly, a great number of Russians live in Australia today. They moved here during the 'peresroika' and in the following years. They provide support to their compatriots and help them solve crucial problems of initial adaptation. 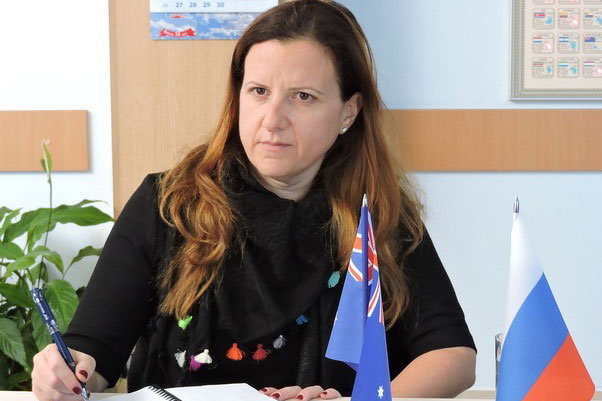 At the end of the meeting, SPbPU Vice-Rector D. G. Arseniev reiterated the willingness to enhance cooperation with Australian universities and expressed hope that on their next visit, the delegation will have the opportunity to see the unique labs of the Polytechnic University. "We are interested in establishing a long-term partnership, and we believe Australian universities ti be among the best in the world. Professors of out university have visited your universities on a number of occasions and talked about the future projects that require a joint effort," the Vice-Rector for International Relations concluded.

Members of the Russian party also talked about various educational routes of SPbPU, the internationalization of the leading Russian university, demand for educational programs from foreign students, and important scientific projects.