The Delegation of SPbPU at Posts and Telecommunications Institute of Technology, Hanoi, Vietnam

The development of Russian-Vietnamese relations in the sphere of science and education is one of the priority areas for SPbPU. The fact that proves this is a series of meetings the representatives of the Polytechnic University had with their Vietnamese partners, among which special attention should be paid to Posts and Telecommunications Institute of Technology in Hanoi. 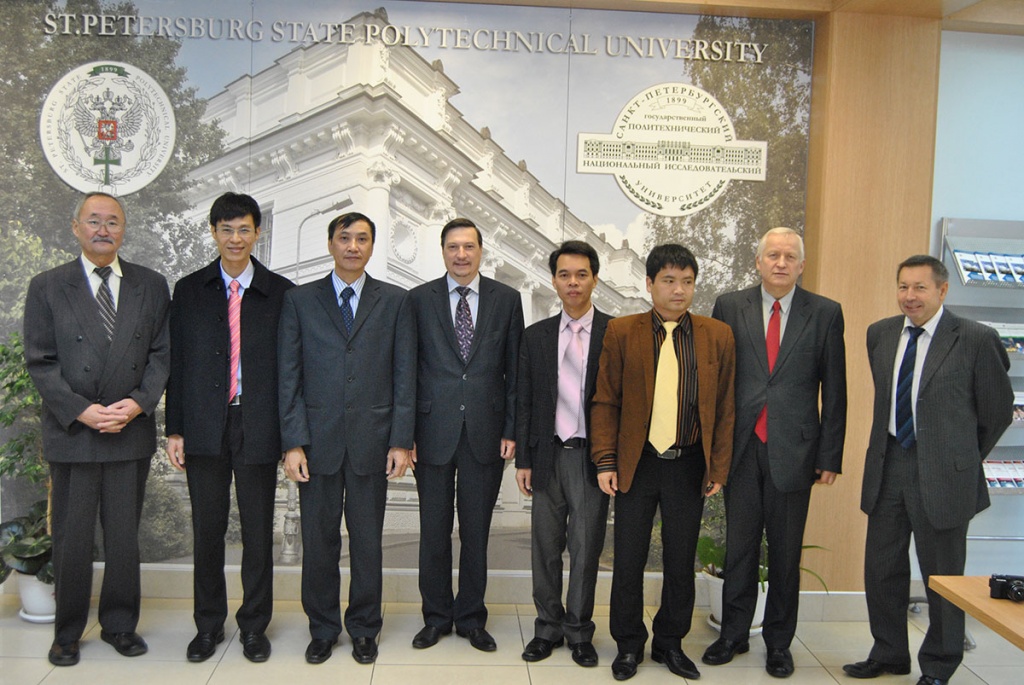 The main aim of the meeting was to discuss the issues of cooperation in the field of education and science. Traditionally, D.G. Arseniev spoke about the opportunities for foreign students offered by the Polytechnic University, academic mobility, bachelor’s and master’s degree, as well as postgraduate programs. Every year a lot of Vietnamese lecturers come to this high profile Russian University. They are interested in joint projects and developments. Telecommunications are a priority area for Vietnamese scientists. International experience concerning the development of telecommunications is being studied carefully there. On the basis of governmental investments this country has created a considerable research potential and infrastructure in this industry. Today Vietnam is faced with a challenge of building up a science-based concept for the development of telecommunications. The policy of expanding presence on the global arena is also connected with Russia represented by the leading universities of this country, which serve as unique laboratories and a source of highly-qualified specialists. 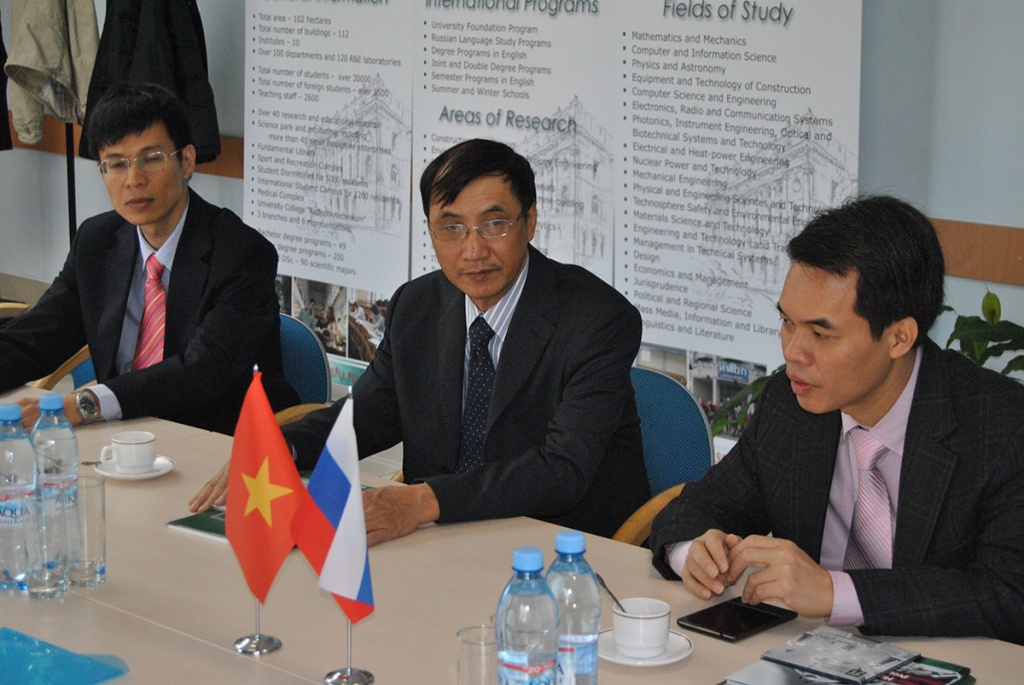 As D.G. Arseniev said that, Professor S.B. Makarov, Director of the Institute of Physics, Nanotechnologies and Telecommunications, is now in Vietnam, and if he had been present at the meeting, he would have drawn their attention to the fact that SPbPU has made significant progress concerning telecommunication systems. D.G. Arseniev also emphasized that the scientists of the Polytechnic University are focused on space exploration, and that the University is about to sign a contract aimed at new developments in the field of telecommunications with one of the Vietnamese Institutes. The Polytechnic University pays special attention to master's degree programs in English in the sphere of telecommunications. 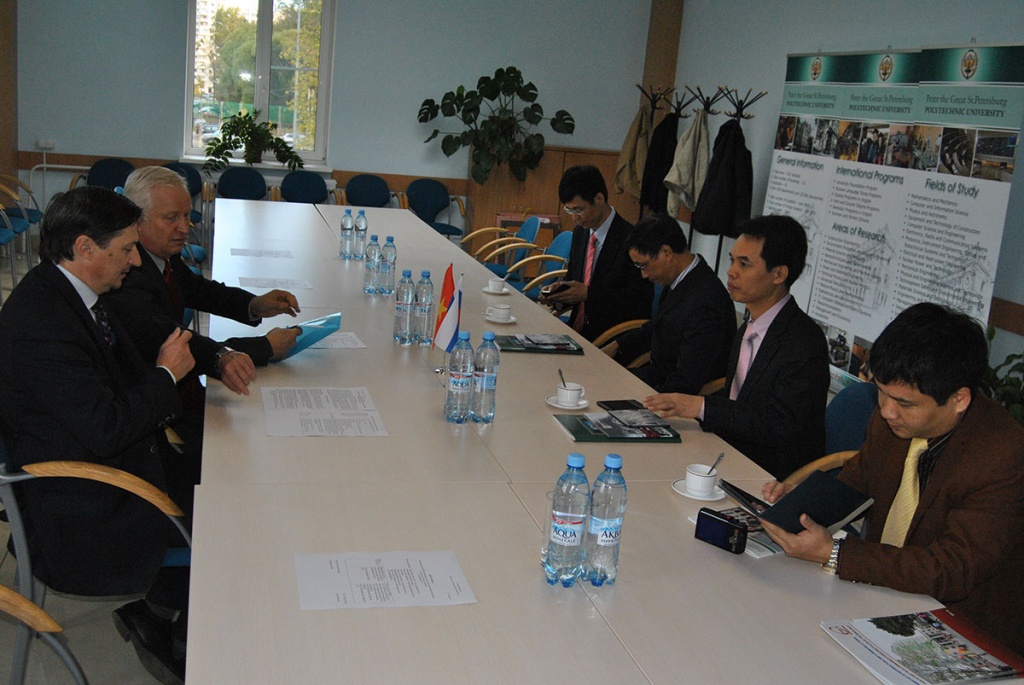 “We are ready to cooperate with your University in different areas. Our multiyear experience of cooperation with Vietnamese universities enables us to implement various projects. The most difficult task is raising finance, but the Ministries of Education and Science of both countries organize regular contests whose winners receive finance for joint research. I am sure that our partnership will be outstandingly productive”, commented vice-Rector for International Relations.

During the meeting the members of the Vietnamese delegation established contacts with the Professors of the Polytechnic University who promised to help them at the early stage of cooperation and to identify their goals and priorities.

At the end of the meeting the participants exchanged gifts and souvenirs which are bound to remind them about the Russian-Vietnamese friendship across borders.