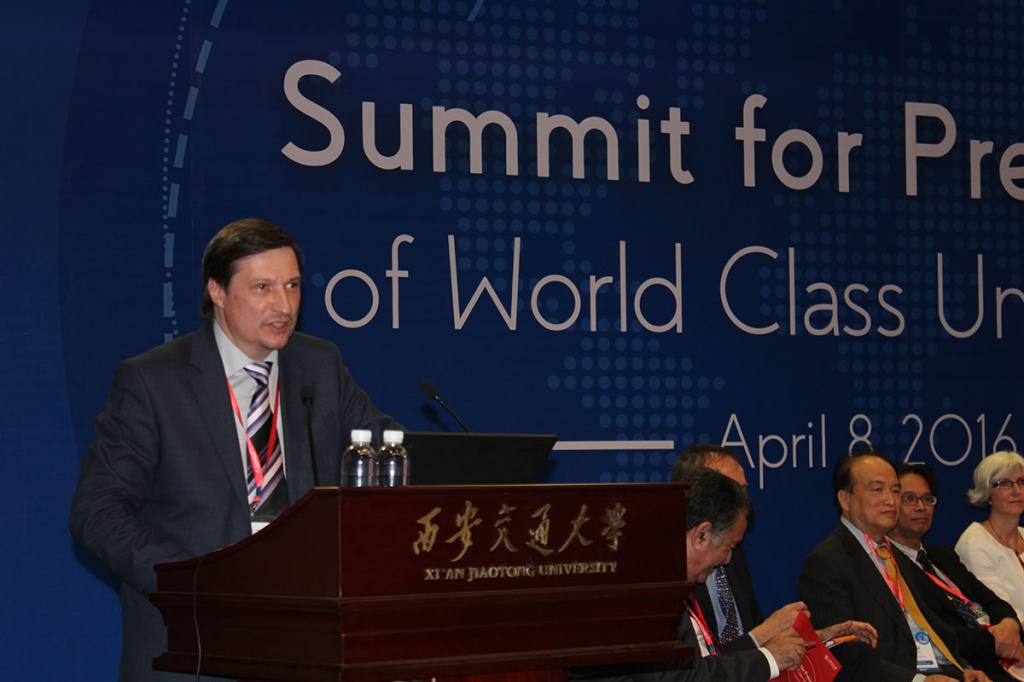 The participation of the Nobel Prize winners, such as Constantine Novoselov (Nobel prize in Physics 2010), Willian Daniel Phillips (Nobel prize in physics 1997 along with Claude Coen-Tannuji and Steven Chu) and other scientists – proved the interest of respectable researches towards the strategic solutions of the representatives of the Educational Forum. 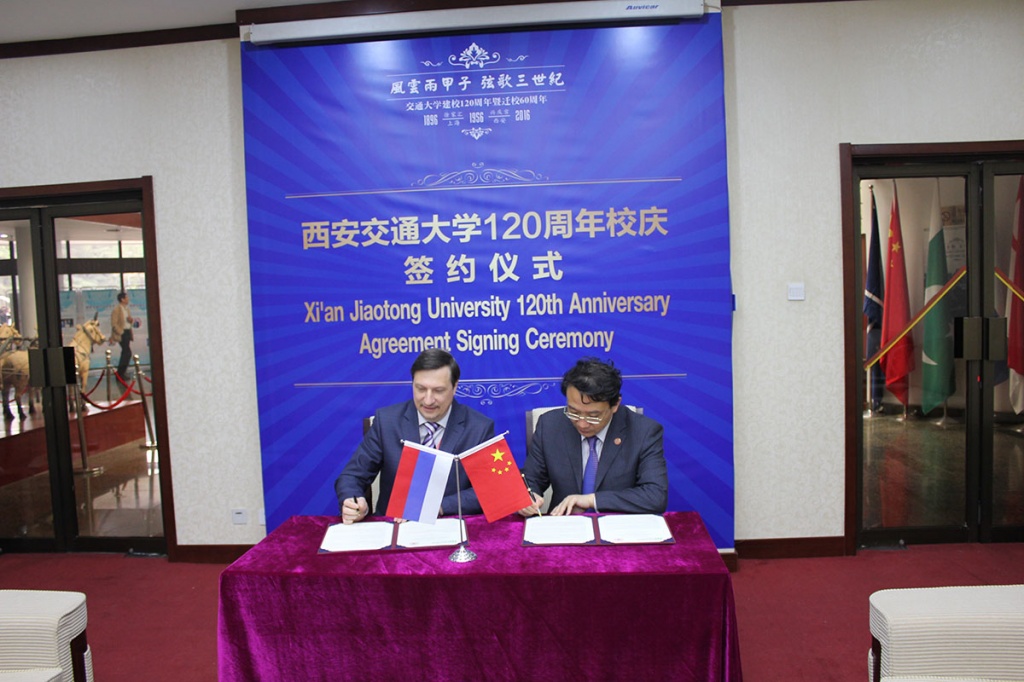 The presentation of the SPbPU Vice-Rector for International Relations Dmitry G. Arseniev on behalf of the Russian higher education community at the Summit triggered a great interest of its participants: during the break students and university professors from different countries came up to the Russian delegation inquiring about the potential cooperation with SPbPU and noting the practical orientation of the Vice-rector's speech. 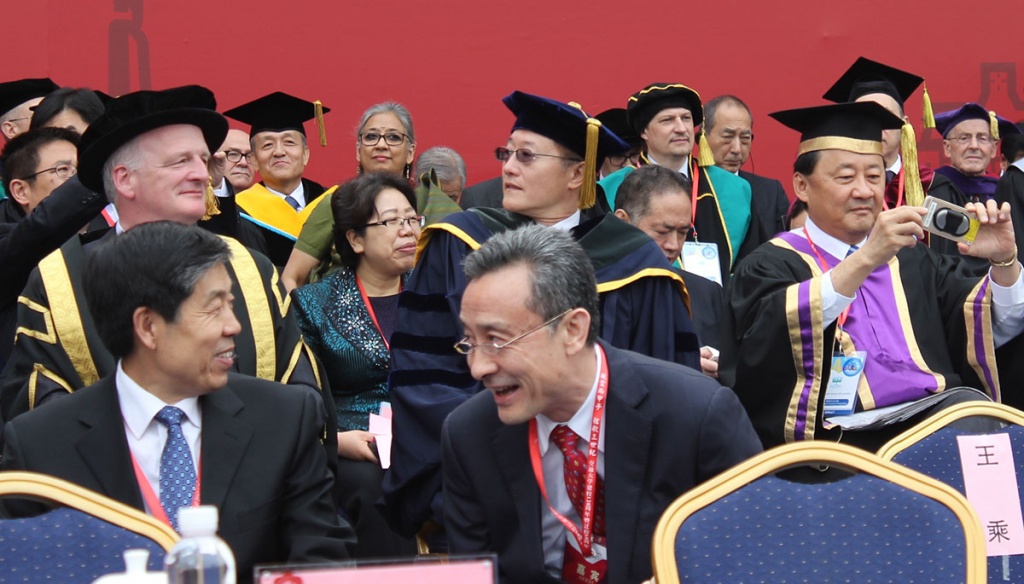 Dmitri Germanovich talked about the development of education within the Russian Federation, its' competitive advantages and perspectives. In his speech, addressed to all of the participants of this significant event, he emphasized the necessity for international interuniversity cooperation, the role of researchers and teachers in the development of the global education system, the opportunity for the young generation which strives to receive new knowledge and professional growth. It was evident that D.G. Asveniev's report really appealed to the Chinese students, who nowadays often tend to choose Russian universities. The Vice-Rector of SPbPU emphasized the similarity of Russia and the PRC interests in various fields, tendencies towards convergence and sustainable development. 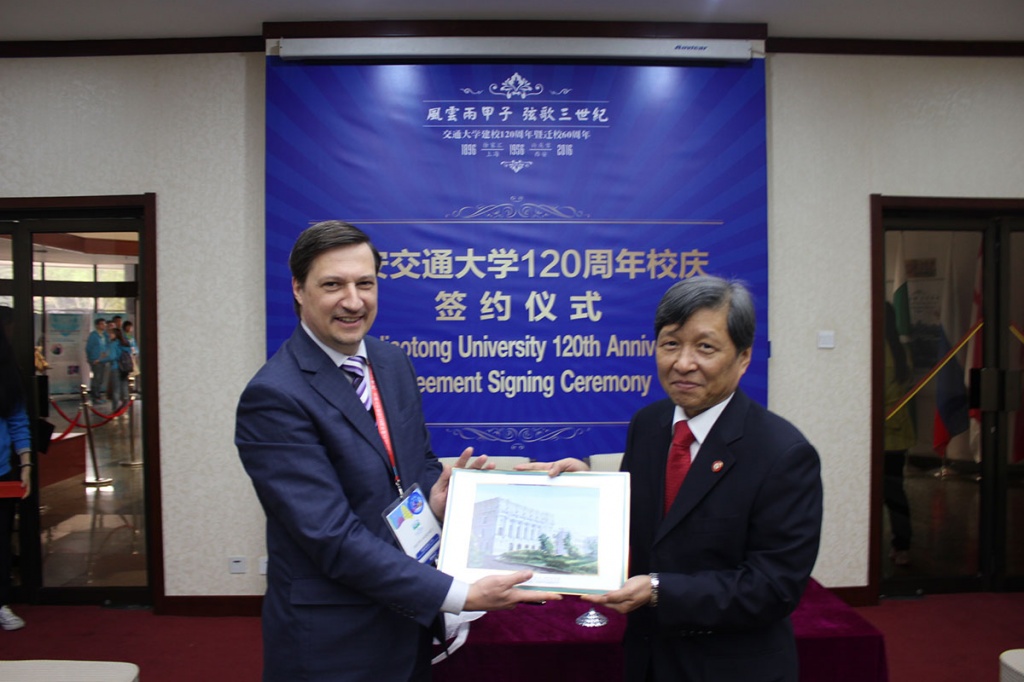 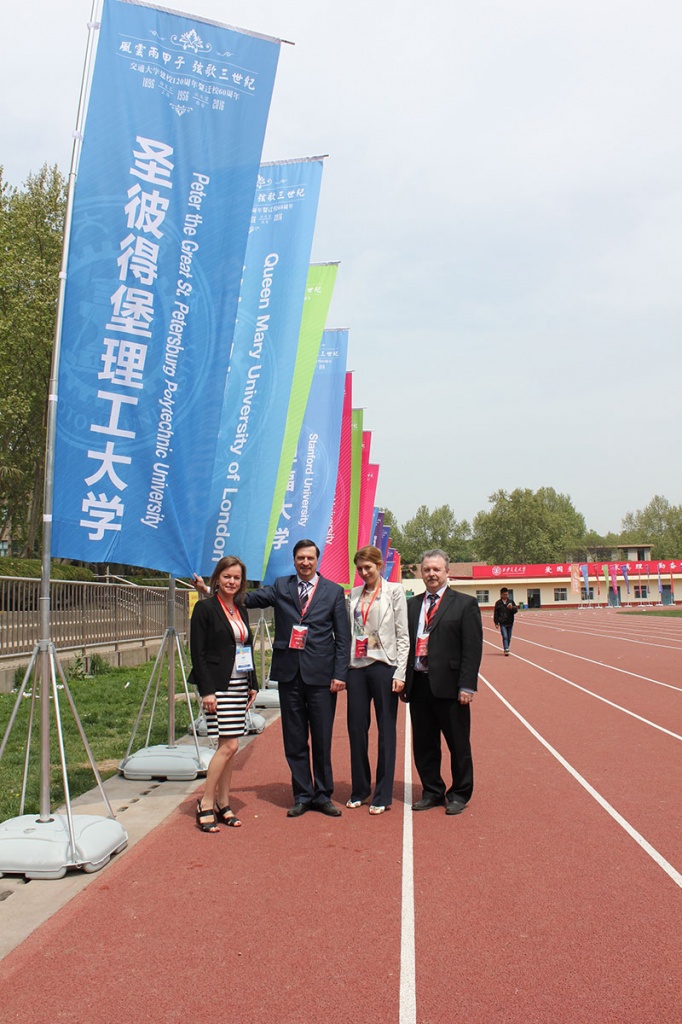 The delegation of SPbPU also visited the School of Energy of the Xi'an Jiaotong University, and familiarized themselves with the main laboratories. A meeting with the Dean of the School of Energy was organized for the teaching staff of our University. The Chinese colleagues were interested in cooperation with the Department of Nuclear and Thermal Energy (of the Institute of Energy and Transport Systems).