In middle August 2016 the delegation of Peter the Great St. Petersburg Polytechnic University participated in the "World Cities World Class University Network" symposium. Highly-qualified specialists from 11 countries and representatives of the student community (over 250 people) gathered in the Technical University of Berlin (TU Berlin) - SPbPU partner. 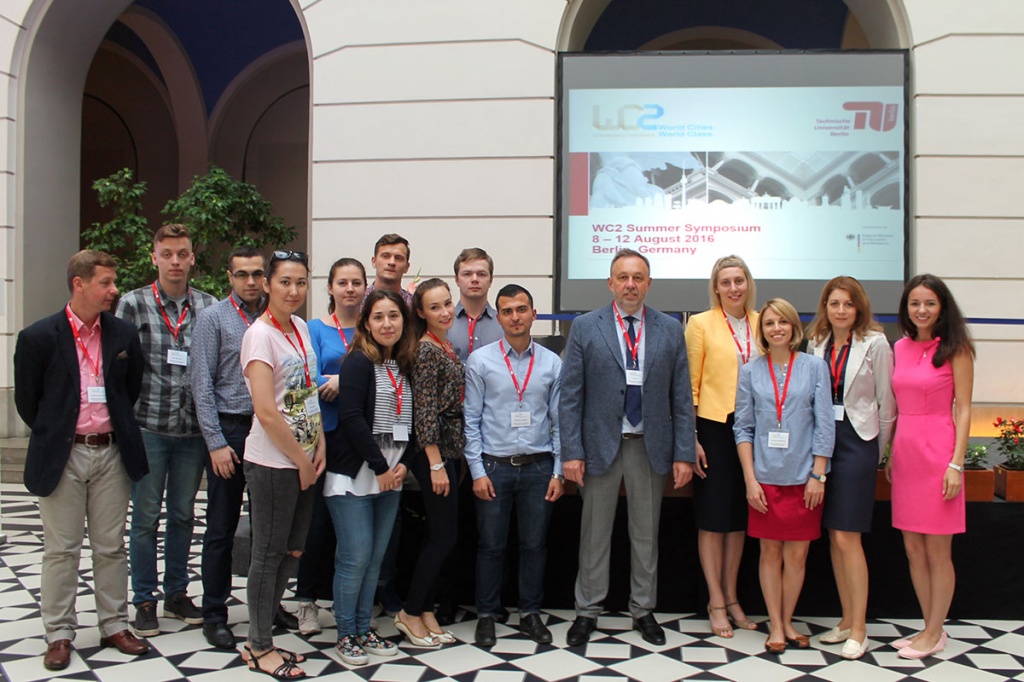 The main target of the symposium is to discuss strategies and prospects of the interaction between universities and the largest cities. According to the participants, universities play an important role in organizing the public space that unites various spheres of life and activities. Today universities are dynamic creators, organizers and researchers which put forward innovative ideas, work out important projects and contribute to economic, industrial, medical, environmental development. 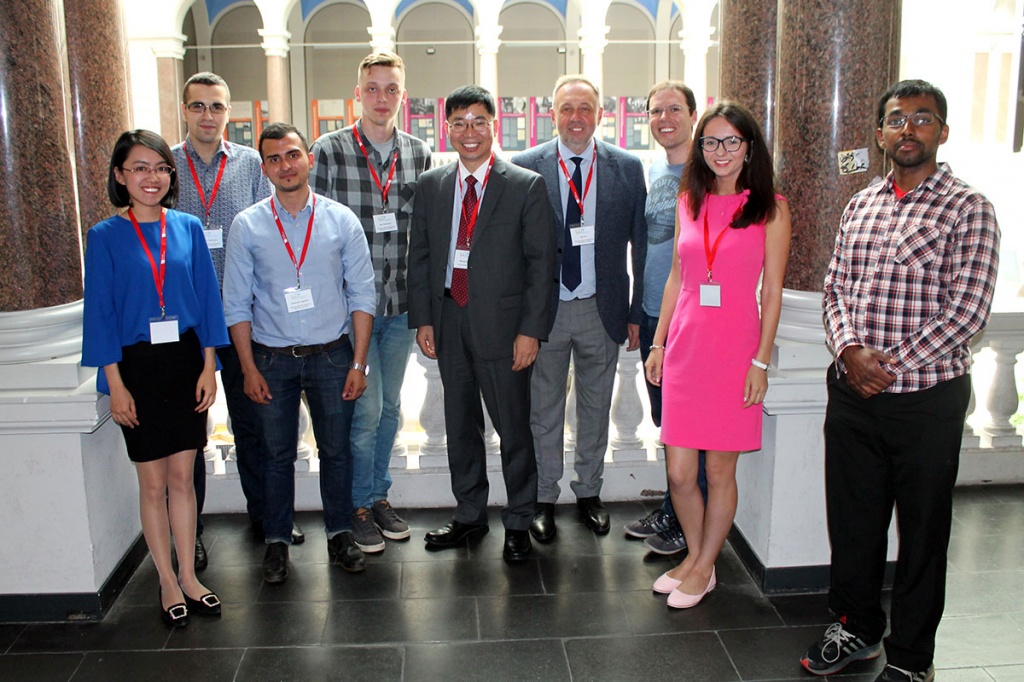 At the opening session of the WC2 symposium the plenary speech was made by Engelbert Lütke Daldrup, honorary professor at the universities of Berlin and Leipzig, and Hans Joachim Schellnhuber, director of the Potsdam Institute for Climate Impact Research and a respected researcher in the area of global warming.

In his speech professor Lütke Daldrup presented main directions for the development of European cities. It is worth noting that he pays a lot of attention to protection of historic landmarks and monuments of cultural heritage which belong to humanity. The managerial experience of working for city administration allows professor Daldrup to estimate interests and efforts of local authorities in developing cities, using main resources and innovating in many directions. 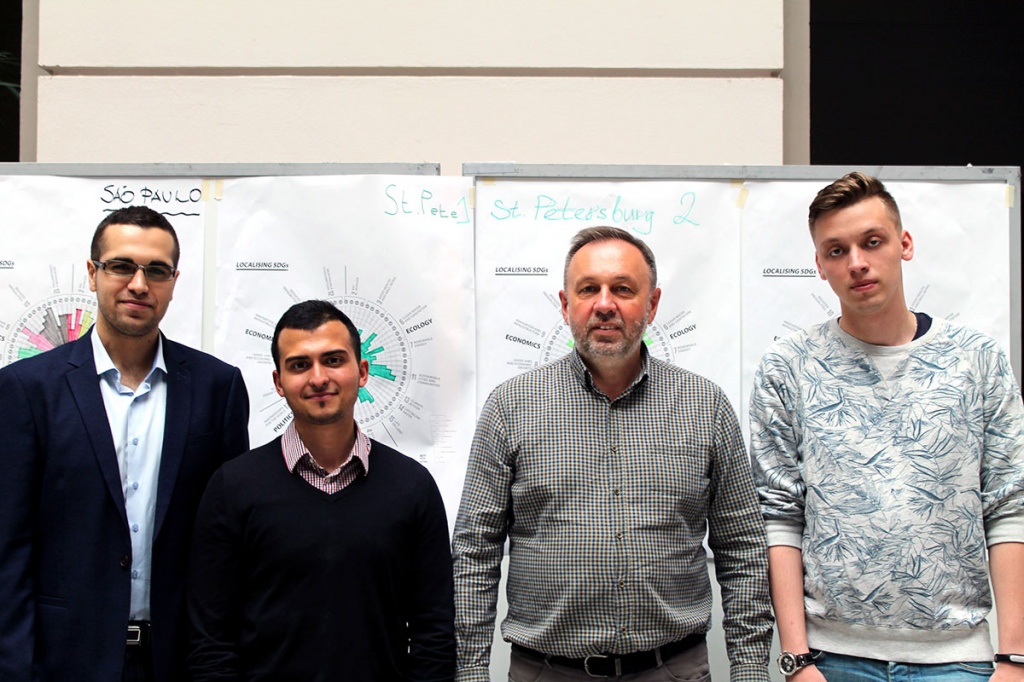 Research of Hans Joachim Schellnhuber is targeted at studying climate changes and preventing the environmental disaster. His opinion is respected by major business players, politicians and co-researchers. According to professor Schellnhuber, city authorities are interested in solving environmental problems, therefore they are taking drastic measures and cooperating with universities.

On the first day of the symposium delegates heard professors from other international universities. All speakers emphasized the importance of the interaction between universities and city authorities. 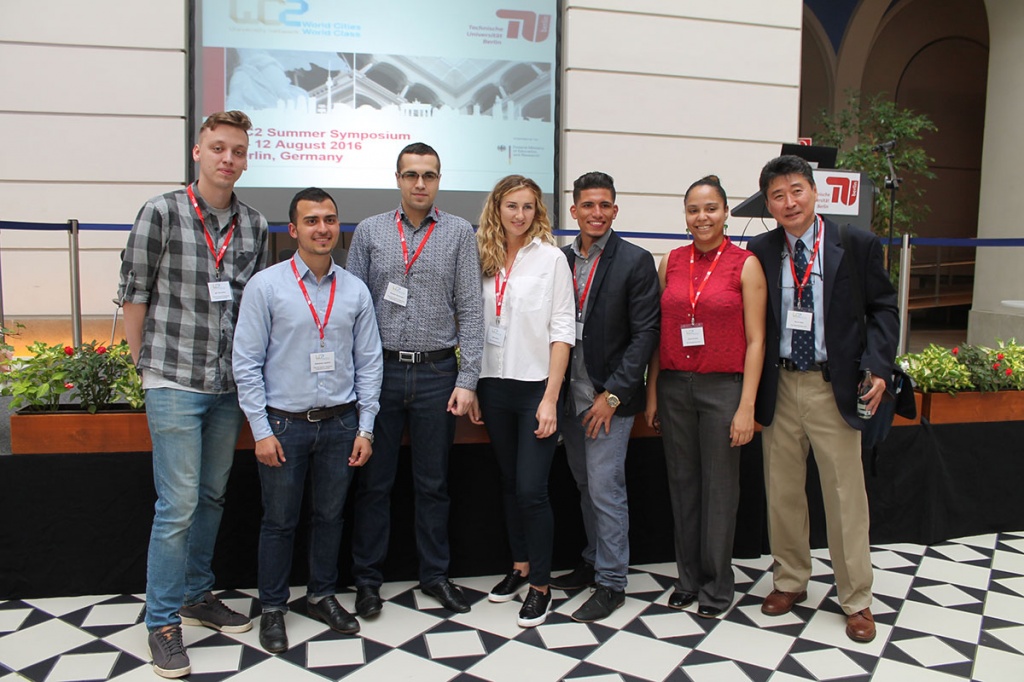 Students of the EcoCampus club, which involved SPbPU representatives (Deputy Director of the Civil Engineering Institute (ICE) K.I. Strelets and students Temur Dzampaev, Petr Ovchinnikov, Nailya Gafiatullina) developed a project of creating the energy-efficient building for the new campus of TU Berlin. Every international student group under the leadership of teachers and WC2 participants came up with an architectural concept of the building, including a 3-D model and an effective energy solution. It is worth noting that the up-to-date developments of ICE students impressed all the participants of the symposium. The students showed their talents and skills, aspiration to improve city life.

Participants of the Business thematic club devoted their time to studying the problem of social entrepreneurship and corporate responsibility etc. In the course of the discussion and project preparation, representatives of the university analyzed most successful business models, came up with their own ideas. TU Berlin representatives confirmed that higher school is a site to establish new social enterprises. Undergraduates and graduates transfer and generate business-concepts of the modern time, which places high demands on young people. During the club its participants were interested in the report of professor Dirk Nitzsche, City University London, devoted to crowd funding techniques; the participants asked questions to professor Myung-Soo Lee, the City University of New York, who presented a Canada company problem case. 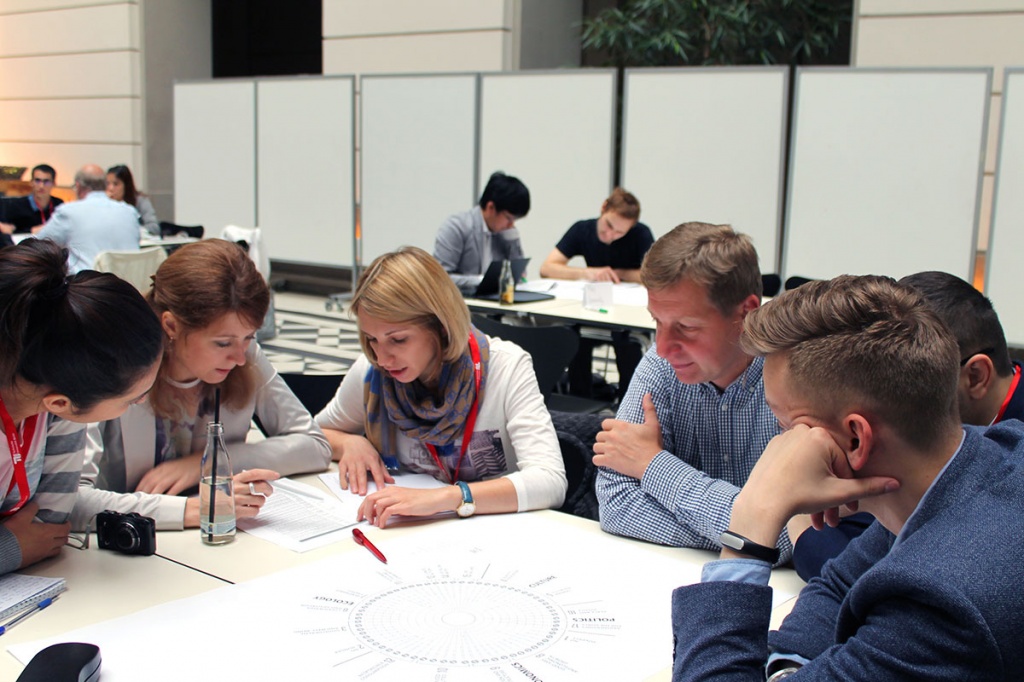 Besides, all the participants saw that Russian business could also use a special approach. Professor, Doctor of Economics I.V. Ilyin, Director of the Graduate School of Management and Small Business, told the participants about the project prepared by the Department of Information Systems in Economics and Management (ISEM) for the St. Petersburg Metro. The project was targeted at creating an innovative architectural approach referring to launching information systems, controlling costs and exchanging information. At WC2 symposium ISEM students also attracted attention of specialists from other universities by presenting the cross-disciplinary social project “Step by Step Energy”, where they proved that the united efforts of logistics specialists, physicists, economists, programmers and other experts were able to solve global problems and create new sources of energy. This project was recognized the best in the Business club.

Other areas were also covered. For example, the team of the Transport club dealt with the problem of improving the transport system in the largest cities. Participants of the Global Culture club developed a website that presented relevant information on this issue and analysis of the current situation. Online polls could help work out an expert solution and share the experience.

All the delegates of the symposium were unanimous in their opinion about national healthcare: it is the present and future of the global science. One of the main topics to discuss was gerontology, i.e. creating favorable conditions for aging in the largest cities allowing for the standard of living, environmental situation and many other factors. The Healthcare club was the place to discuss these very issues.

At the end of the WC2 symposium Angela ITTEL, Vice-President for International Relations at TU Berlin, confirmed that the event was successful: “This is an excellent opportunity for students and teachers to cooperate, to study, to find collaborative solutions, to share experience and knowledge of the national culture”.

The next meeting of colleagues and partners will be held in Brazil, which has recently received hundreds of top athletes from all over the world.