Delegation of SPbPU visited the UK

Delegation of the Polytechnic University (SPbPU Vice-Rector for International Relations Dmitry ARSENIEV, Vice-Rector for Research Vitaly SERGEYEV, Head of the Rector’s Administration Office Vladislav Zhivulin), headed by the Rector Andrey Rudskoy visited the UK. Important negotiations took place in the London branch of Springer Nature. This largest international publishing house is one of the world leaders in the number of scientific publications (more than 200 000 books and 3 000 Springer journals and 134 - Nature journal). The publishing house produces more than half of all Russian scientific publications abroad. About 10 million scientists around the world use Springer Nature resources in their daily work.

SPbPU delegation had a meeting with the leadership of the publishing house - Steven Inchcoombe, Sergio GONZALEZ, Jon JIULIANI, and also the editorial staff (the editor-in-chief of the Nature Physics Andrea Taroni and the editor of Nature Communications Elizaveta DUBROVINA). After the meeting the parties signed n agreement between Peter the Great St. Petersburg Polytechnic University and Springer Nature. The signed document provides for conducting training seminars, master classes and webinars for our authors. The publishing house will assist our authors in preparing publications for the world's leading journals, supporting the speakers from SPbPU at international conferences. In addition, an agreement was reached on the organization of the Nature conference at the Polytechnic University and issuing of a university journal in cooperation with Springer Nature. 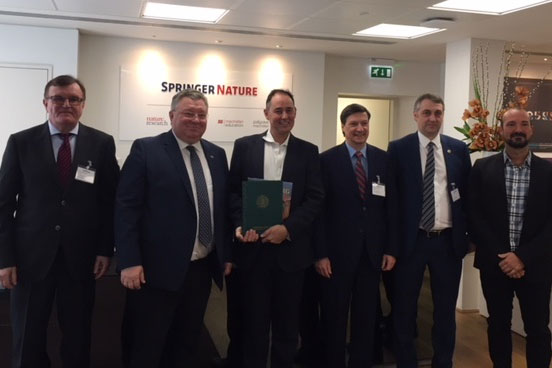 City, University of London (CUL) is one of the leading research and educational centers in the UK. During the visit to CUL SPbPU delegation visited the School of Health Sciences, where meetings with scientists and researchers were held. Labs and developments were presented in the areas of mutual interest (biomedicine, modeling of biological processes, neurodegenerative diseases). There is an active cooperation between British scientists and a research group of the Department “Medical Physics” of SPbPU Institute of Physics, Nanotechnologies and Telecommunications under the guidance of Prof. Olga Vlasova, as well as the research group of the Department “Computer systems and software technologies” of the Institute of Computer Science and Technology (ICST) under the supervision of Prof. Elena Benderskaya. 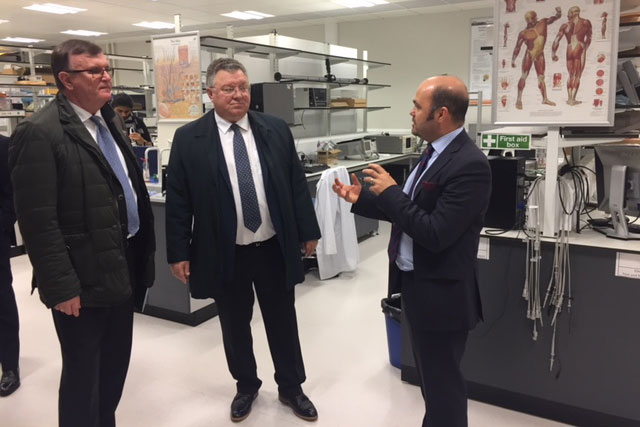 British colleagues are interested in creating joint educational programs with SPbPU in the field of healthcare. The ground for such cooperation has already been prepared by previous contacts of research groups, the active development of Life Sciences in SPbPU and the close cooperation of our university (within the partnership in the cluster “Translational Medicine”) with leading Russian medical and scientific organizations, including Almazov National Medical Research Center. 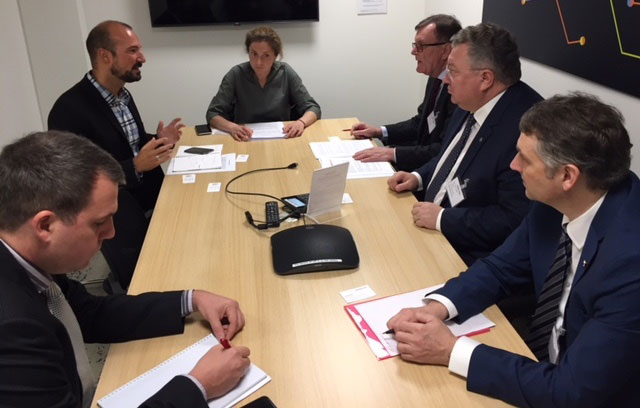 The second item of the programme was the visit to the School of Mathematics, Computer Science and Engineering of the City, University of London. It is important to mention that the Deputy Dean of the School it was Prof. Sanowar KHAN, who welcomed the delegation of SPbPU, a graduate of SPbPU in 1983. He graduated from the Department of Electrical Machines of the Electromechanical Faculty of the Leningrad Polytechnic Institute, and now is an honorary professor of SPbPU. His activity as a coordinator of the partnership between universities gave a powerful impuls to the development of the scientific interaction of CUL and Polytech in the field of information and computer technologies. In addition to the successful programme of double diplomas, it is possible to note the participation of two leading scientists from the City, University of London as the visiting professors on the educational programs of SPbPU. 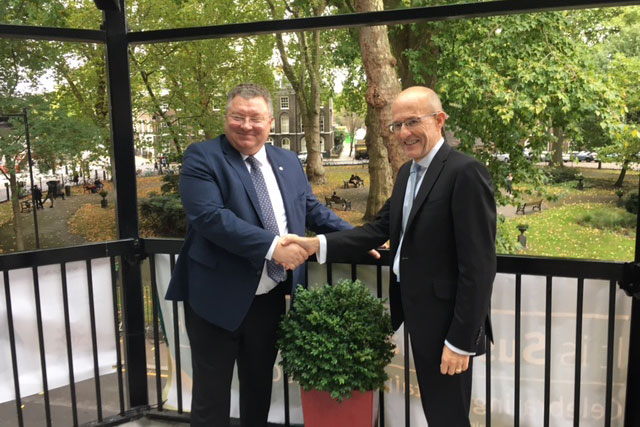 During the negotiations process colleagues discussed the possibility of holding joint conferences and scientific events in such areas as “big data”, high-performance computing, machine learning, cyberphysical systems and artificial intelligence. Even during the visit of the CUL delegation to SPbPU in April 2017, the huge potential of using the Supercomputer Centre “Polytechnic” for solving advanced scientific tasks and launching joint projects was noted. Now these ideas are beginning to come true. 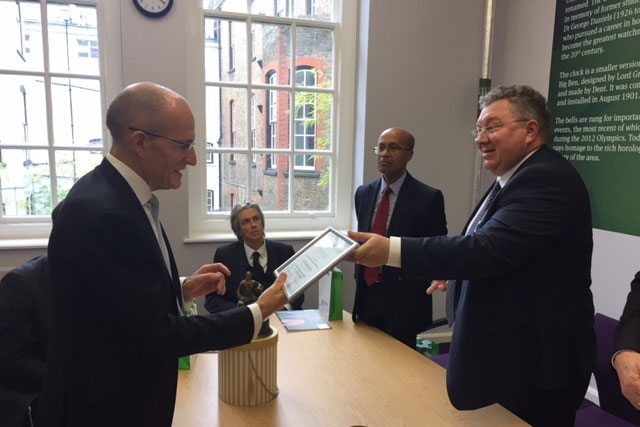 During the official meeting SPbPU Rector Andrey Rudskoy handed over to the President of CUL, Sir Paul CURRAN, a certificate providing five scholarshipsfor students of CUL to participate in the International Summer Polytechnic School in 2018. “The summer polytechnic school is the largest engineering school in Russia, and we are happy to provide the best students of our strategic partner with the opportunity to gain new knowledge and get to know St. Petersburg”.

Members of SPbPU delegation and the management of CUL discussed the plans for the development of a strategic partnership for the near future. One of the key issues was the agreement on the joint participation of our universities in the World Conference of the publishing house Nature in the field of additive technologies, which is planned to be held at SPbPU in 2019.

The participants of the meeting identified mutual interest not only in the scientific and educational sphere, but also in the cultural sphere and student life. For example, the activities of student unions and associations of both universities have much in common. So, the design team “Formula Student” of City, University of London successfully participates at the competitions. A similar team is created at SPbPU. As well we have a lot in common with the choirs and student theatre teams. SPbPU Rector and CUL President noted that there is also “a wide range of opportunities for the exchange of experience and interaction”. 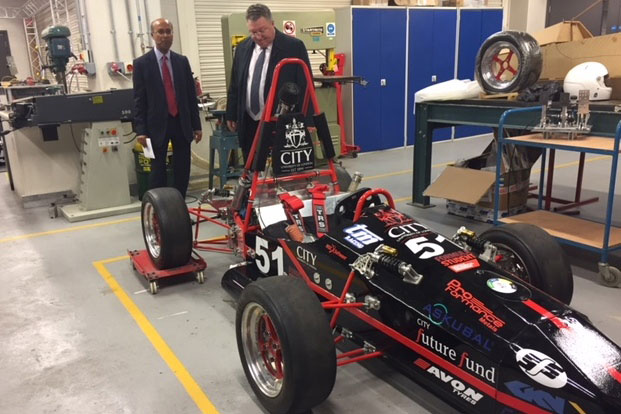 SPbPU Rector Andrey Rudskoy expressed the appreciation of CUL being a coordinator of the World Cities World Class Universities Network (WC2) for the effective work and welcomed the decision of the strategic group, made at the recent Symposium in São Paulo, Brazil, to hold an international youth symposium in 2019 at SPbPU. “In the year of our anniversary - Polytech will celebrate the 120th anniversary of its foundation - it will be especially pleasant for us to receive young scientists from all over the world representing the elite of world universities from the WC2 Network,” underlined SPbPU Rector. 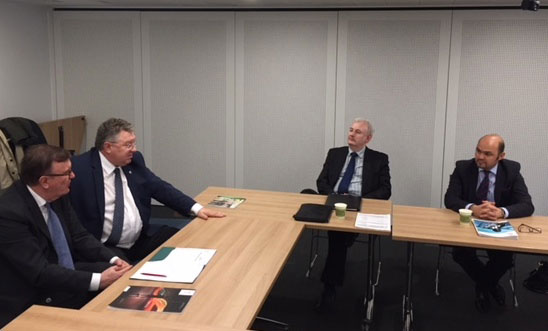 During the visit, the delegation of SPbPU met with leading scientists and representatives of international services of City, University of London. It was a pleasure to see old friends: for example, Professor Dirk Nitzsche is actively interacting with colleagues from SPbPU Institute of Industrial Management, Economics and Trade, and Dr. Elaine FAHY is a frequent guest of the Institute of Humanities. Andrey Rudskoy told about the latest achievements of the research schools of the Polytechnic University, presented the most significant events and successes of the university. Professor Roger K. CROUCH, Dean of the School of Mathematics, Computer Science and Engineering, expressed great interest in developing joint projects, including the ones in the field of structural analysis and data processing. Professor KYRIAKOU, Deputy Head of the School, presenting the direction of bioinformatics, also noted the great potential of cooperation with relevant scientific groups of SPbPU. Professor Kenneth GRATTAN sees the photonics as the main area of mutual interest and expects to discuss this in more detail during his visit to SPbPU (scheduled for the end of 2017).

SPbPU Vice-Rector for International Relations Dmitry ARSENIEV told about plans and opportunities for strengthening partnership between universities: “One of the most interesting mechanisms of scientific and educational cooperation is now the programme of visiting professors, which is successfully implemented at SPbPU thanks to Russian Academic Excellence Project 5-100. During the three years of our strategic partnership, the five leading scientists from the City, University of London became invited professors at SPbPU. We are happy to see you as professors at the Polytechnic, in a number of areas including the ones we discussed today. "

City University of London organized for the delegation of SPbPU a visit to the legendary universities that have become symbols of Great Britain, personifying the history of world science and education - Cambridge and Oxford. Especially significant was the visit to the laboratory of Cavendish in Cambridge, where, as we know, Peter Kapitza, a Nobel laureate, one of the great graduates and professors of the Polytechnic University worked under the supervision of Ernest Rutherford. In addition to the visit to the laboratory, SPbPU delegation and Prof. Andrey Rudskoy could visit the house where Peter Kapitza lived in that period. 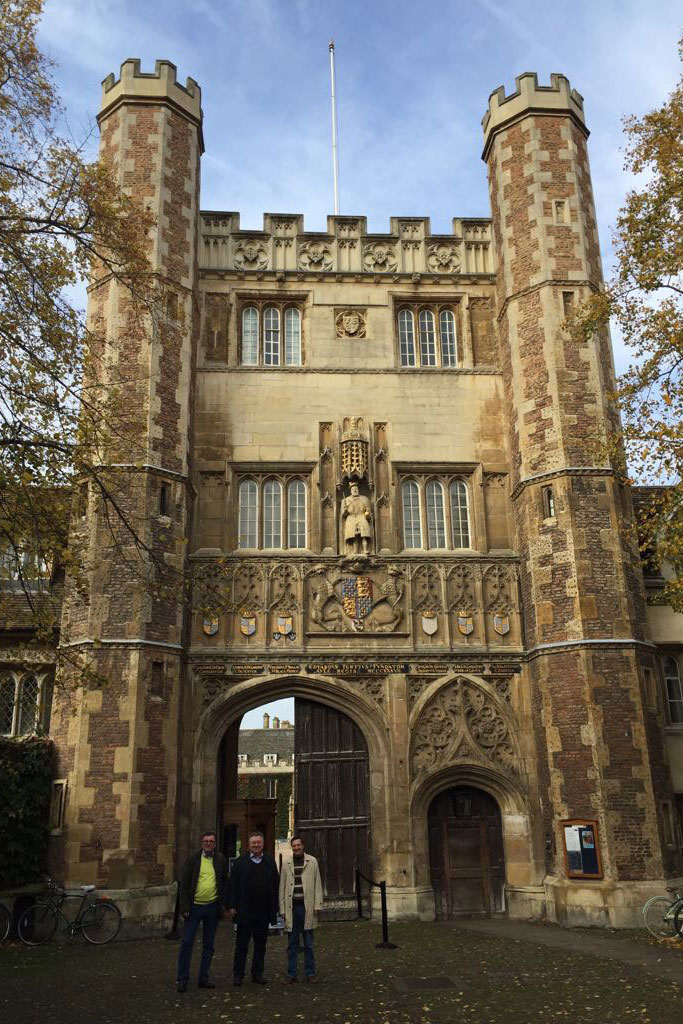 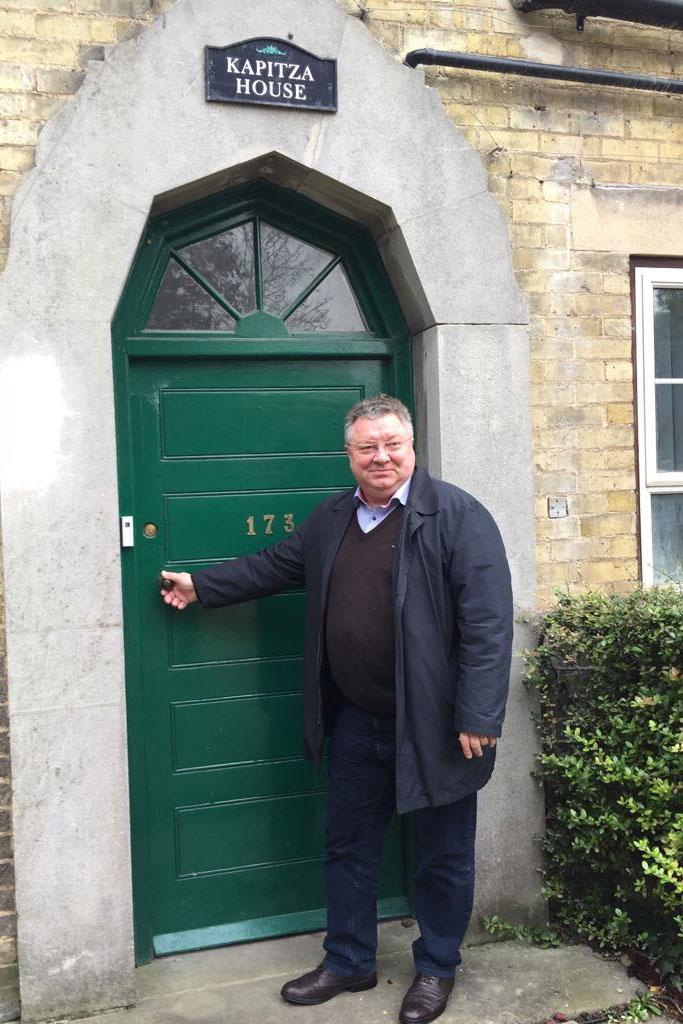 A visit to a number of key Oxford laboratories was the final accord of the programme of SPbPU delegation visit to Great Britain.