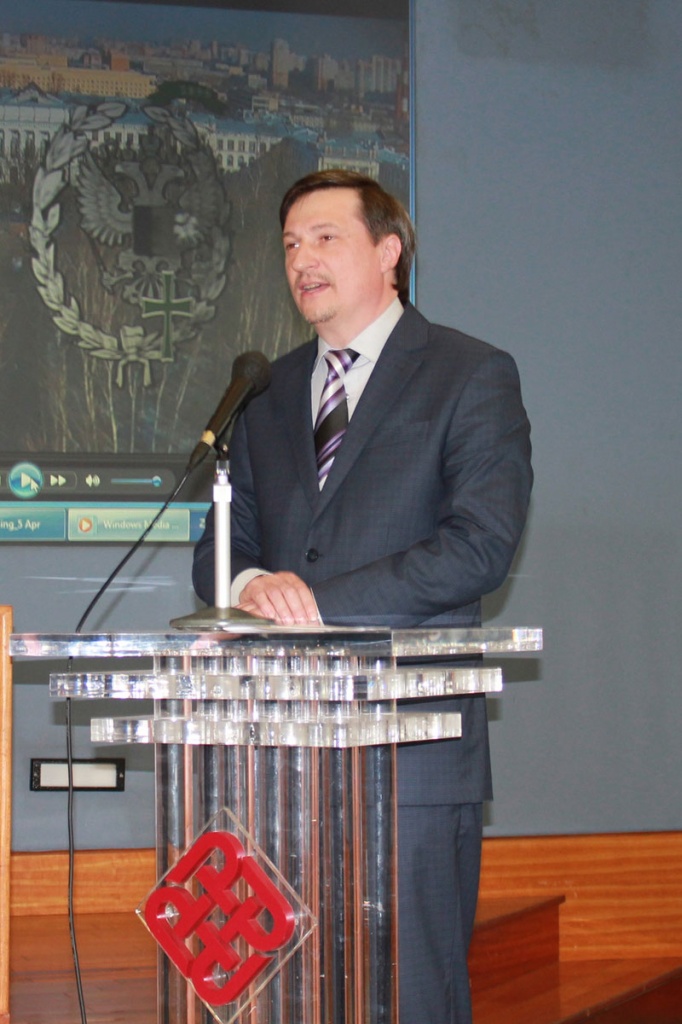 During the visit D.G. Arseniev had a meeting with the head of the Hong Kong Polytechnic University (PolyU) in order to discuss the most important issues related to cooperation, joint educational projects, academic mobility and many others. The parties signed cooperation agreements and agreements concerning student exchange programs between SPbPU and PolyU. The executives of the Hong Kong Polytechnic University are ready to consider the possible strategic partnership agreement with SPbPU.

During the negotiations the parties reached an agreement on a visit of Vice-Rector for Research accompanied by professors of the Hong Kong Polytechnic University to SPbPU in May 2016 in order to discuss their plans and intentions in detail and to make the necessary arrangements.

The Hong Kong Polytechnic University (QS-116) is one of the largest universities in China. Advanced research is carried out in the laboratories of this university. The scientists of this university have won more than 200 prizes for their achievements including 70 gold awards at international exhibitions and conferences. Among the largest centers of the higher education establishment one can mention the Aviation Services Research Centre (a project carried out in partnership with the American company Boeing) and the Institute of Textiles and Clothing. Significant projects implemented by PolyU are: safety control on high-speed railways, electric cars, soft contact lenses, electronic equipment for the visually impaired, high performance artificial limbs, space equipment, green building materials made of recycled waste, nanoparticles for water purification, etc. 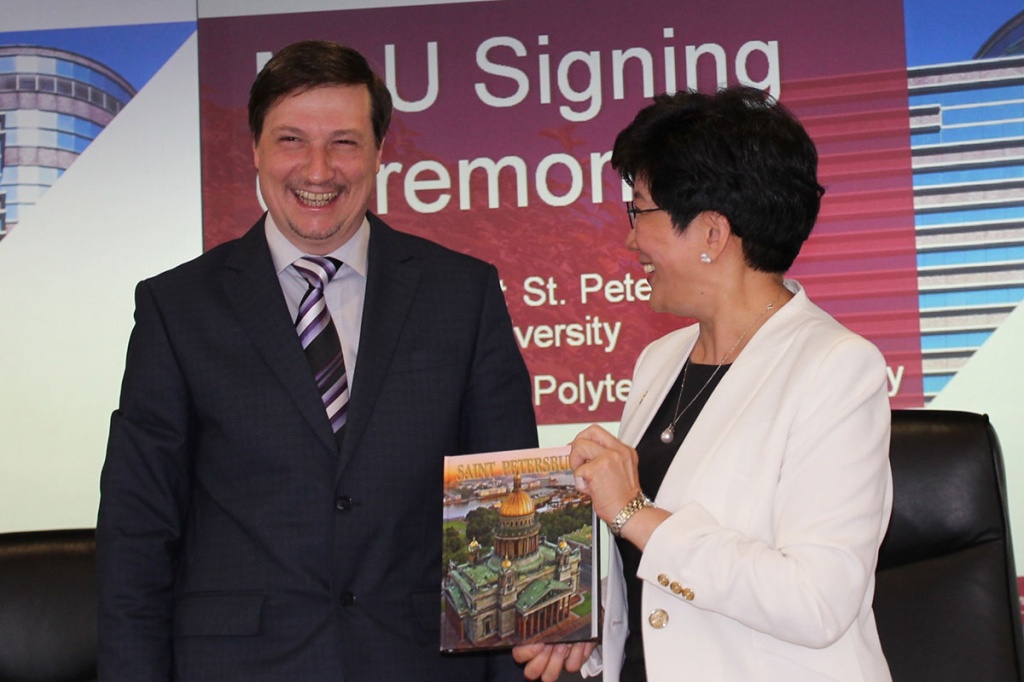 The visit to the Chinese university was timed to coincide with the XI annual conference of the international association World Cities World Class University Network (WC2). In 2016 the Hong Kong Polytechnic University was chosen to hold this event.

At the conference D.G. Arseniev presented his report devoted to the issues of internationalizing education, creating an efficient system for interuniversity cooperation and scientific collaboration, boosting the efficiency of the association and other aspects.

The representatives of Hong Kong Administration spoke about the main challenges city-dwellers face living in a megalopolis and the ways these problems are being solved, in particular, with the help of scientists from PolyU. 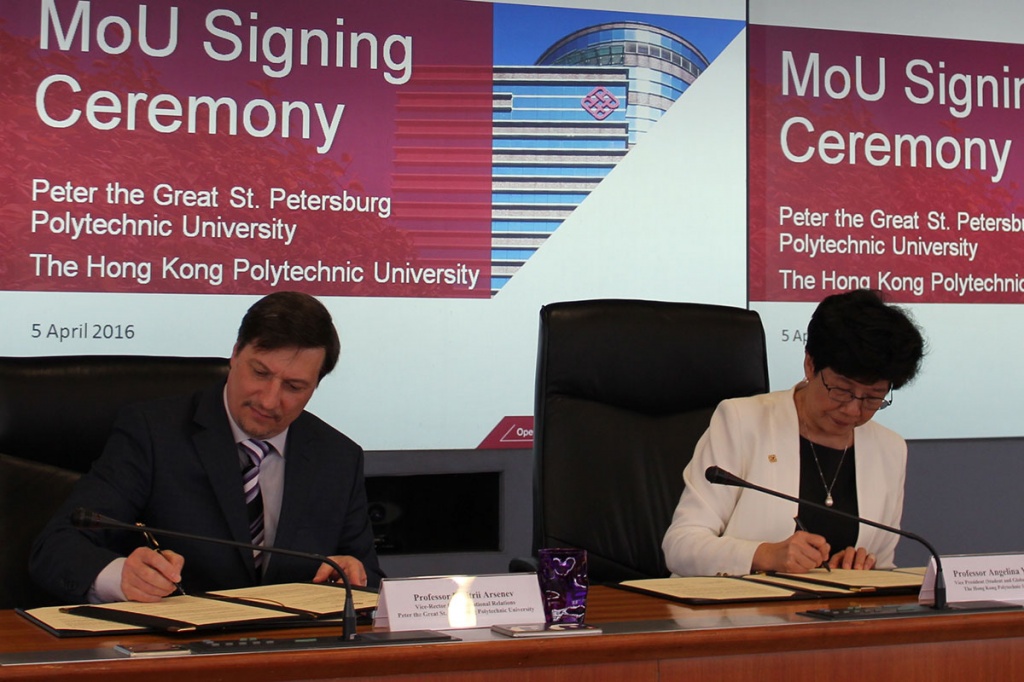 All discussions at the conference were scheduled as part of the following theme clubs: business, eco-campus, world-class cities and global cultures, healthcare, transport and logistics in big cities. Each session included presentations, seminars and workshops.

In 2016 the Student Symposium of WC2 has become one of the main topics of the theme clubs sessions, which is to take place at Technische Universität Berlin in August 2016; many students and staff members of SPbPU are supposed to take part in the symposium. The participants also discussed the issues of inviting lecturers from foreign universities (members of the association) to SPbPU, working on joint projects and presenting them at competitions in order to raise finance together.

At the end of the two-day conference the projects presented by the theme club Eco-Campus were recognized as the most significant. The following universities participated in the club: Technische Universität Berlin (Germany), Universidad Autonoma Metropolitana (Mexico), University of San Paulo (Brazil), City University of New York (the USA) and Peter the Great St. Petersburg Polytechnic University. 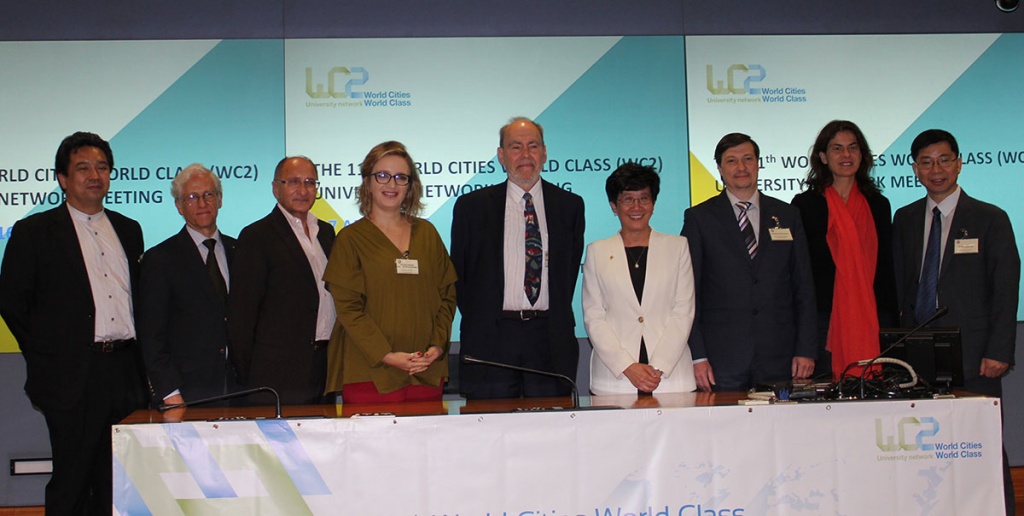 K.I. Strelets, Director of the Center for Supplementary Professional Programs (the Institute of Civil Engineering) and the representative of SPbPU at the Eco-Campus Club, highly appreciated the achievements of the students of the Polytechnic University in this area, as well as their motivation and great interest.

At WC2 conference the following issues were also discussed during general meetings: implementing joint research, preparing joint publications, academic mobility of students whose universities are members of WC2 Network, participation of lecturers from partner universities in the major and supplementary educational programs offered by SPbPU.

Lecturers from the universities that are members of WC2 Network have been invited to deliver lectures at our university in the nearest future: Professor P.Ayton (City Univercity of London), Professor M.Romero (Universidad de Sao Paulo), Professor Klaus Steffan (Technische Universität Berlin), Professor Camero Littlewood (Universidad Autonomo Metropolitana) and others.