Digest from SPbPU Representative Office in Shanghai: Results of Fall 2021

The official Representative Office of SPbPU in Shanghai continues to be active in developing the brand recognition of Polytechnic University abroad and strengthening partnership relations. In the fall of 2021, the staff of the Representative Office participated in various international events and conducted a series of business negotiations and meetings. About this and not only read in our traditional news digest. 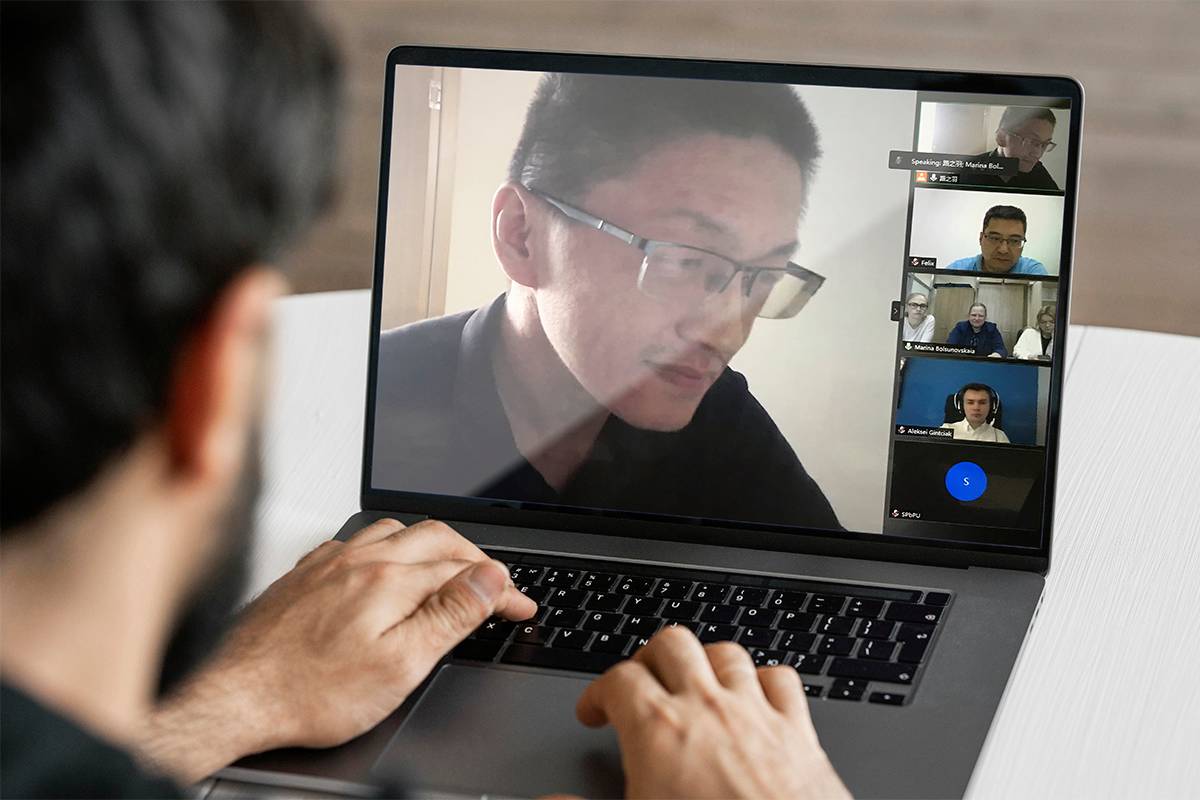 With the support of the official representative office of SPbPU in Shanghai, SPbPU young scientists participated in the BRICS Young Scientists Forum (BRICS-YSF). The theme of the 2021 Forum was «Creating a Better Society through Science, Technology, and Innovation.» Alexander TIMIN, associate professor at the Graduate School of Biomedical Systems and Technologies, Nikolay RUL’, a graduate student and engineer at the Physics and Mechanics Institute, and Anton ALEKSEYEv, a graduate student at the Graduate School of Cyberphysical Systems and Control, spoke at the BRICS-YSF virtual platform. The Polytechnic were among ten young scientists who represented the Russian Federation at the Forum. Reports by SPbPU representatives focused on the creation of drug carriers for treating cancer, cloud-based distributed control systems, and the development of silicon spin transistors for quantum computing at room temperature. The presentations of the Polytechnic scientists were met with great interest by the international scientific community. 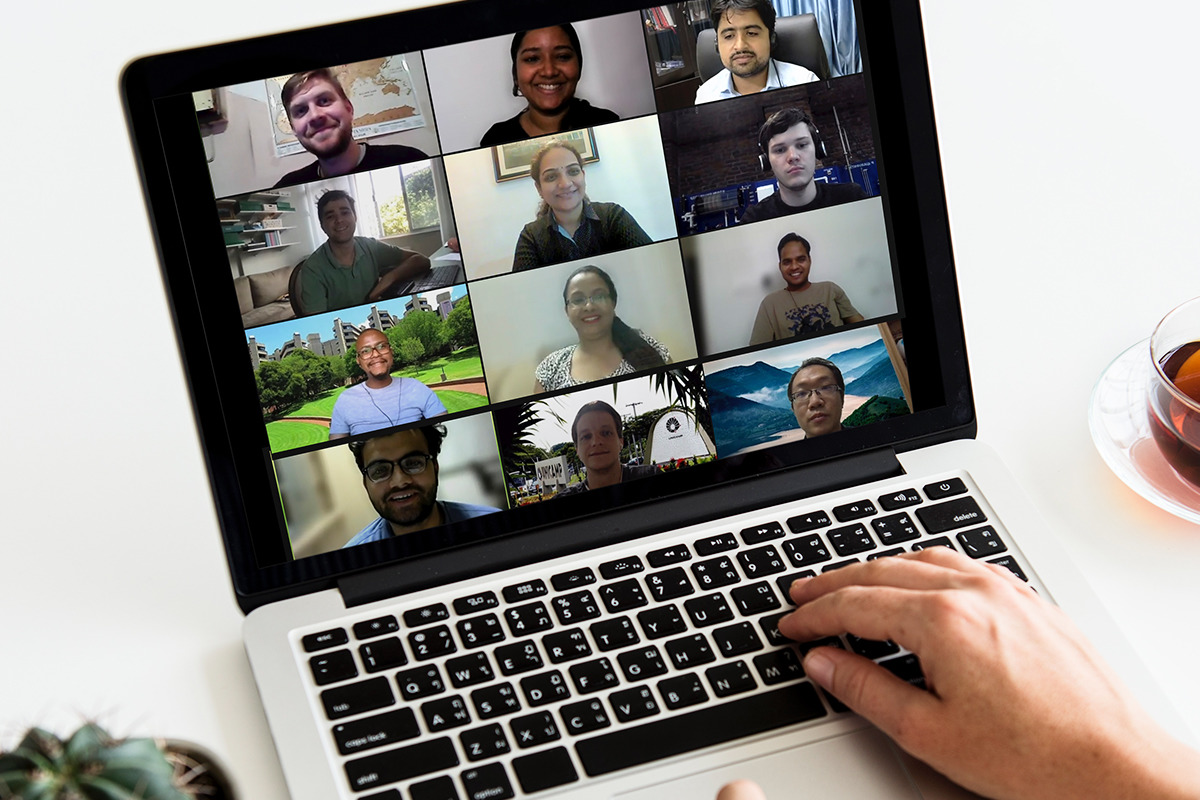 In October, one of Polytechnic University’s key partners in China — East China Normal University — celebrated its 70th anniversary. Rector of SPbPU, RAS Academician Andrei Rudskoi congratulated his Chinese colleagues in a video message, wishing the East China Pedagogical University success, breakthrough achievements, and prosperity. SPbPU and ECNU cooperate in the most important scientific areas in the field of information technologies, intelligent systems, additive technologies, and together they solve global problems of developing, launching, and implementing advanced digital technologies. Through close cooperation, the universities implemented two major research projects between 2017 and 2020 as part of contests for the best multilateral research in BRICS priority areas in the development of software and hardware for smart cities. Leading ECNU scientists are actively participating in the Polytechnic University Visiting Professors Program. In September — October 2021, researchers from ECNU and Polytechnic University conducted a series of negotiations to prepare new joint projects and, in consortium with Roorkee University (India), applied for the 5th BRICS Network Framework Program competition. 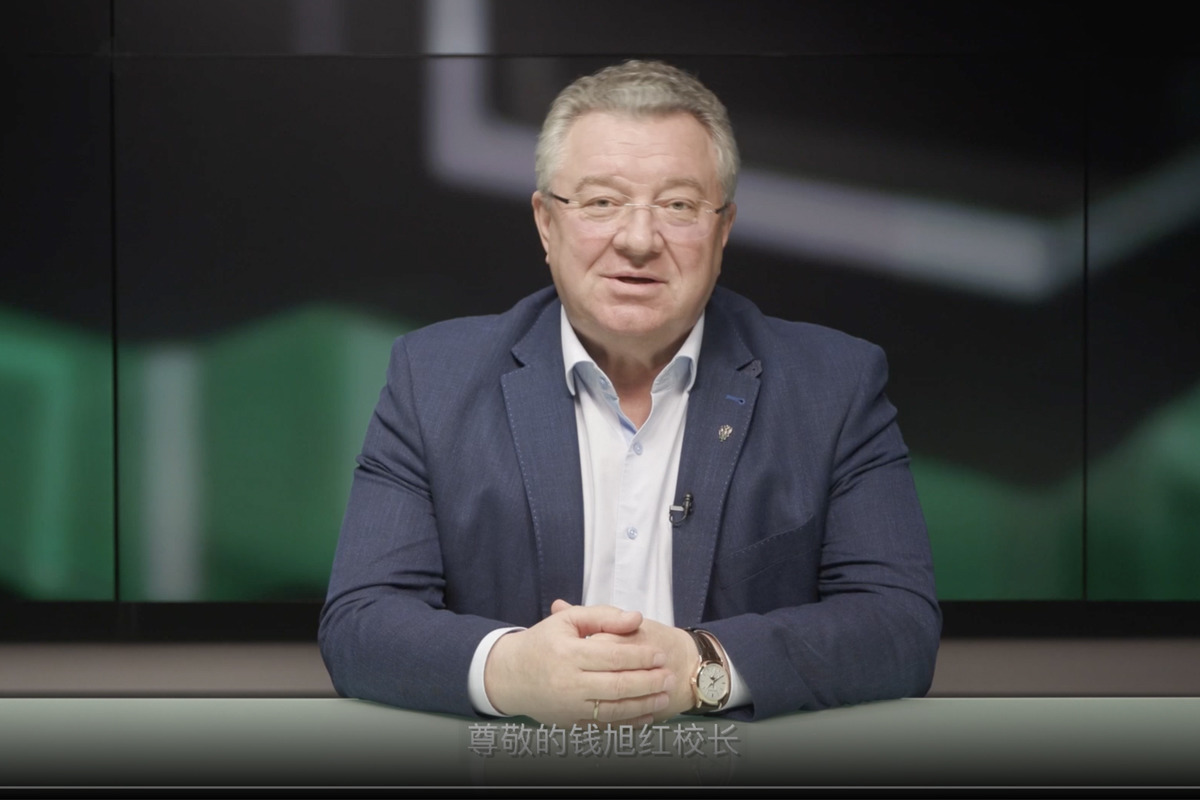 In October, the official Representative Office of SPbPU in Shanghai organized negotiations between SPbPU staff and the Chinese Academy of Engineering. The talks were attended by SPbPU professors Natalia POLITAEVA and Ani PETKOVA and academician of the Chinese Academy of Engineering MA Jun. The parties discussed membrane filtration and wastewater treatment technologies. As a result, an agreement was reached to submit a joint application for participation in international scientific and technical cooperation projects. Russian and Chinese scientists also discussed the possibility of creating a joint laboratory and the specifics of water purification technology promotion in China. 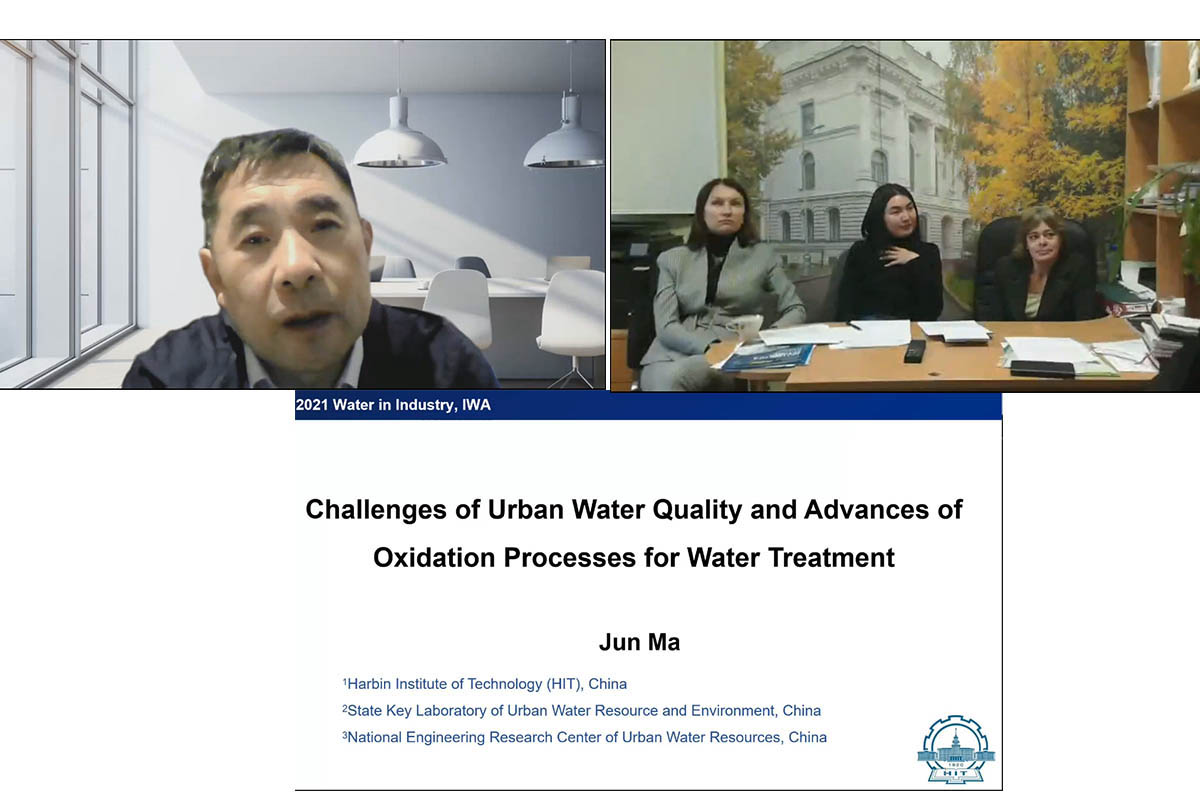 In preparation for participation in the 5th competition of the BRICS Networking Framework Program (STI BRICS), the SPbPU office in Shanghai attracted many partners to submit joint applications. As a result, partners from China participate in 10 out of 11 formed consortia. For each project, online meetings were held with Chinese colleagues. For example, such Chinese universities and scientific organizations as the Research Center for Environmental Sciences (CAS) of the Chinese Academy of Sciences and the Chongqing University of Posts and Telecommunications have been involved in BRICS work, East China Normal University, the University of Shanghai for Science and Technology, Yanshan University in China, and Nanjing University of Aeronautics and Astronautics. 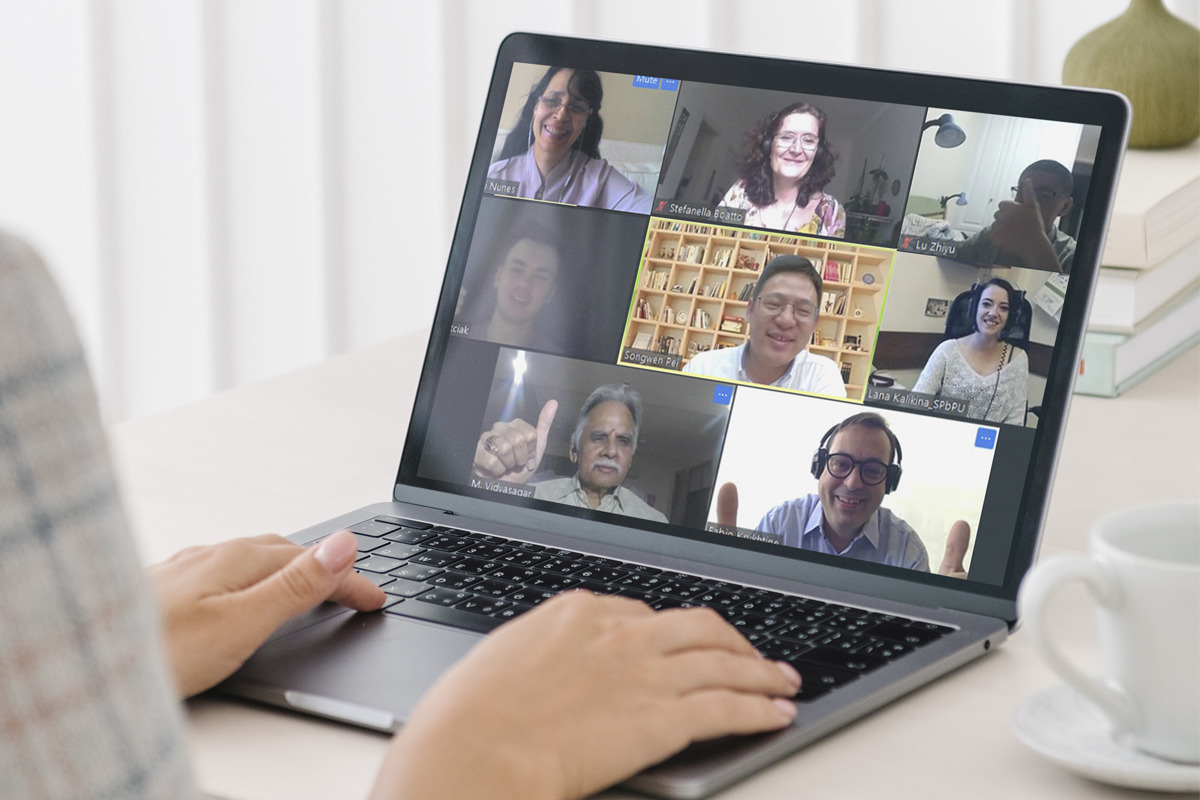 SPbPU at events in China

At the end of October 2021, SPbPU took part in the Biomedicine Innovative Technology Exchange Conference. The conference was held in Hubei province and was organized by the Ministry of Science and Technology of China. At the conference, SPbPU experts demonstrated technologies related to biomedicine, while employees of the Shanghai Polytechnic Office presented cases of successful cooperation between the Polytechnic University and Chinese organizations.

During the Conference, the invited Chinese cutting-edge enterprises got acquainted with the projects of the international experts. From the side of Polytechnic University, Anton NAUMOV, Associate Professor at the Research and Educational Center for Materials Research and Modeling, SPbPU, participated in the event. He presented the project «Integral physically-based numerical models for prediction of microstructure and properties of metallic materials». After the presentation of the projects, the representative office held talks about possible cooperation with a Chinese company interested in joint work. 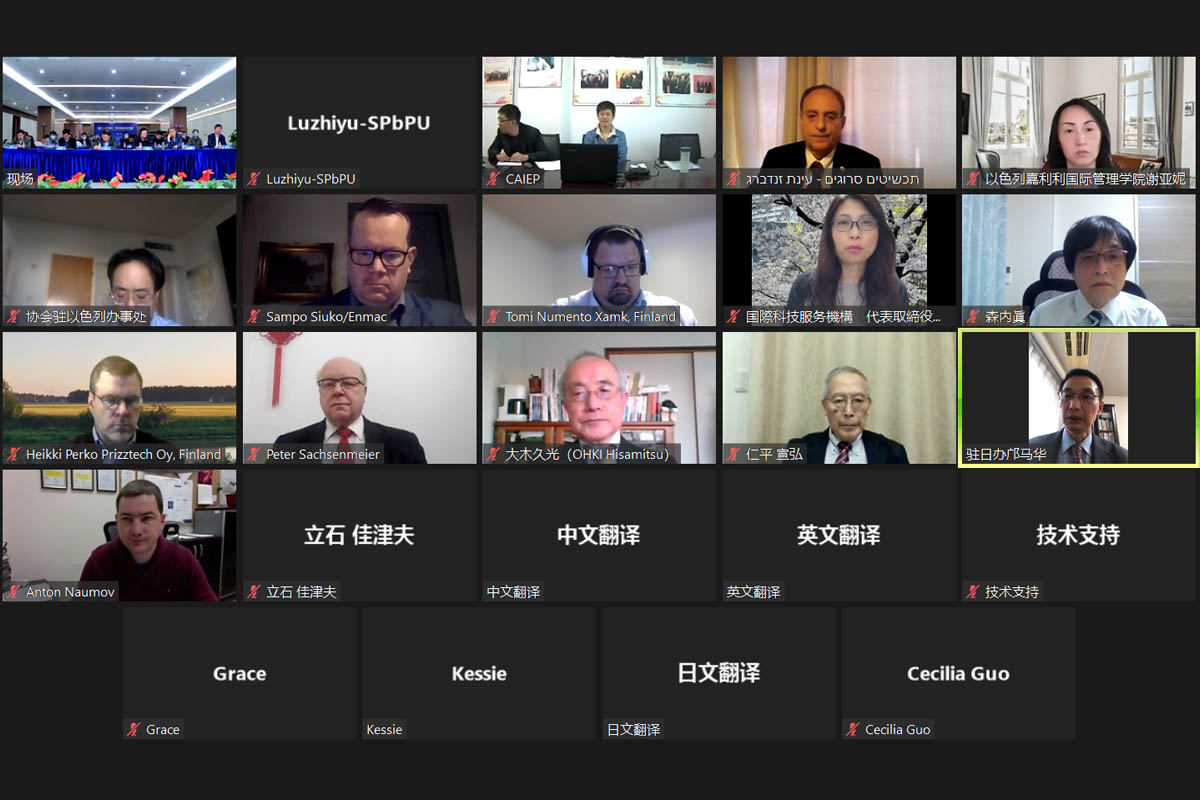 Master’s degree students from Xi'an Technological University (XTU) will come to Polytechnic University for training in materials science in English at the Institute of Mechanical Engineering, Materials and Transport. The training will take place as part of the XTU advanced training program. It is planned that the Master’s degree students from the Chinese university will start their studies in the middle of December. The training of students from the PRC will be supported by the «TU Xi’an — Polytechnic University» internship center, which was created on the basis of SPbPU in 2019. More than 100 XTU Master’s degree students have already been trained at the center, which was a prerequisite for discussing the creation of a Joint Institute on the territory of the PRC between SPbPU and XTU. This project is a very important area for Shanxi Province and was supported by the Committee of Science and Technology of Xi’an.

The representative office coordinates the implementation of SPbPU cooperation in partnership with NARI Group, China’s largest energy corporation, on the project «Simplification and error analysis of the simulation model of electromagnetic-electromechanical transients for power electronic equipment based on MMC converter». The project is aimed at experimental verification of the effectiveness of digital modules and the development of experimental samples for the protection of multilevel distribution networks.

Maxim POPOV, Professor at the Institute of Power Engineering, SPbPU, comments on the goals of the joint project as follows: Russia, China, and other developed countries face the problem of energy security, including electromagnetic compatibility of hybrid networks that include traditional and alternative renewable energy sources. Problems such as the parallel operation of power systems are a very important issue on the world stage. Our modern adaptive methods of emergency control include early diagnostic systems, which significantly extend the service life of power equipment.

In November, an interim report on the project was reviewed by the NARI Group Expert Committee, which praised the novelty of the approaches proposed by Polytechnic University. 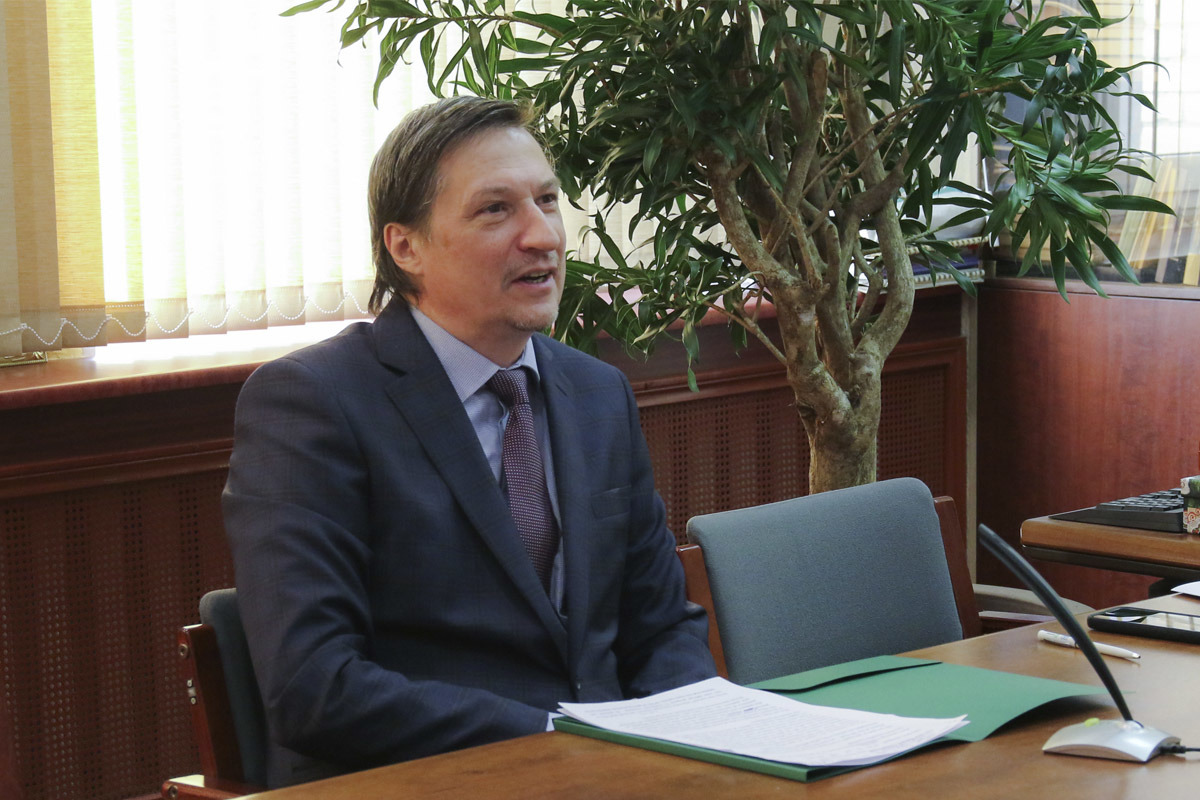 At the end of November, Polytechnic University took part in the Silk Road Universities Alliance events. SPbPU is not only a member of the Alliance, but since November 2016 it has been a member of the UASR Executive Committee. In 2021, the university took part in the large-scale international forum UASR 2021 Events, the Thematic Session on Sustainable Production and Materials, and the University Alliance of the Silk Road Presidents’ Forum UASR. According to Professor Dmitry ARSENIEV, Vice-Rector for International Affairs at SPbPU, UASR events will help universities to increase and expand their activities during and after the pandemic.