Focus on Spring: Digest from the SPbPU Representative Office in Shanghai

Meetings and negotiations, consultations on the possibilities of opening a SPbPU Preparatory Center in Shanghai and a joint Russian-Chinese institute, amplification of relations with long-term partners and developing new contacts: such was the winter of 2020 for the SPbPU Representative Office in Shanghai. Read about what happened in the life of our Shanghai office during the three winter months in our traditional news digest. 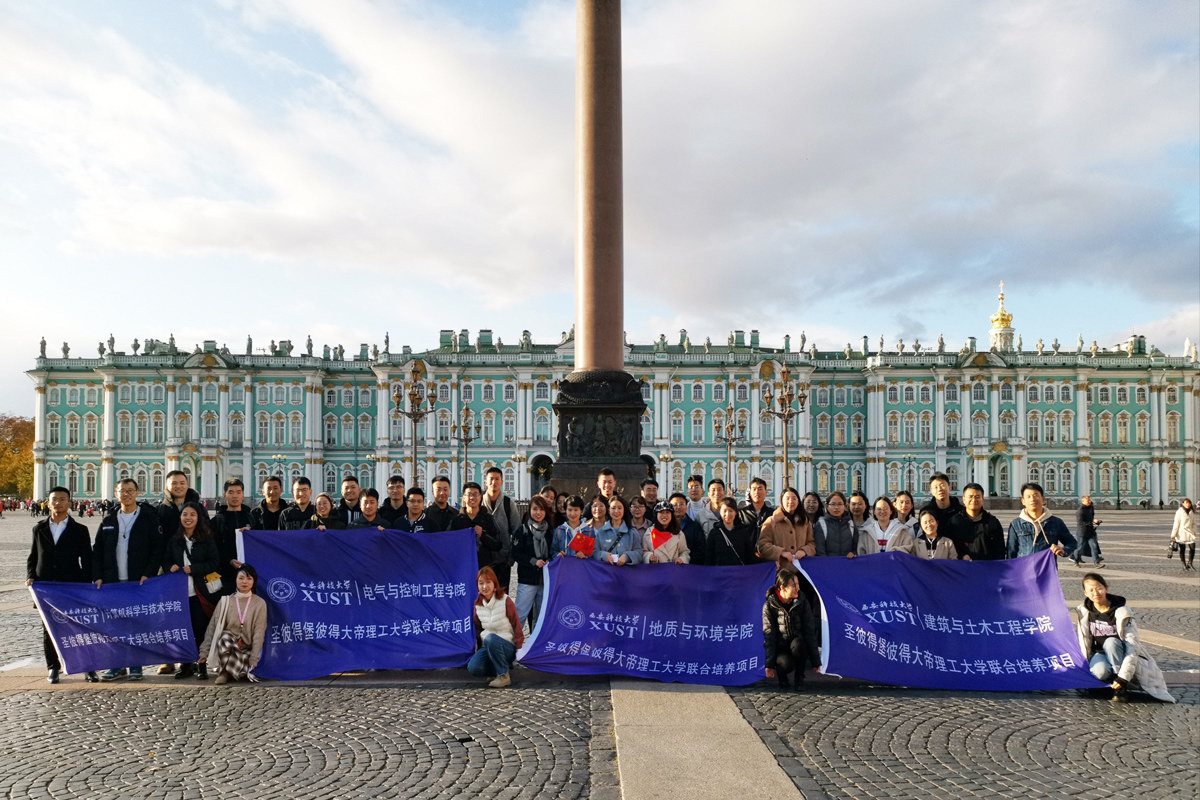 Development of cooperation with universities in Shanghai, Nanjing and Xi’an

In December, a delegation of the Higher School of Engineering and Economics (HSEE) of SPbPU held negotiations on cooperation in three cities of China: Shanghai, Nanjing and Xi’an. The meetings were sponsored by the official Representative Office of SPbPU. Together with Chinese partners, the HSEE team discussed the options for developing joint educational programs, academic mobility of students and teachers, organizing field trips and internships for graduates at Chinese foremost universities, and conducting joint research in economic areas with partners from China. 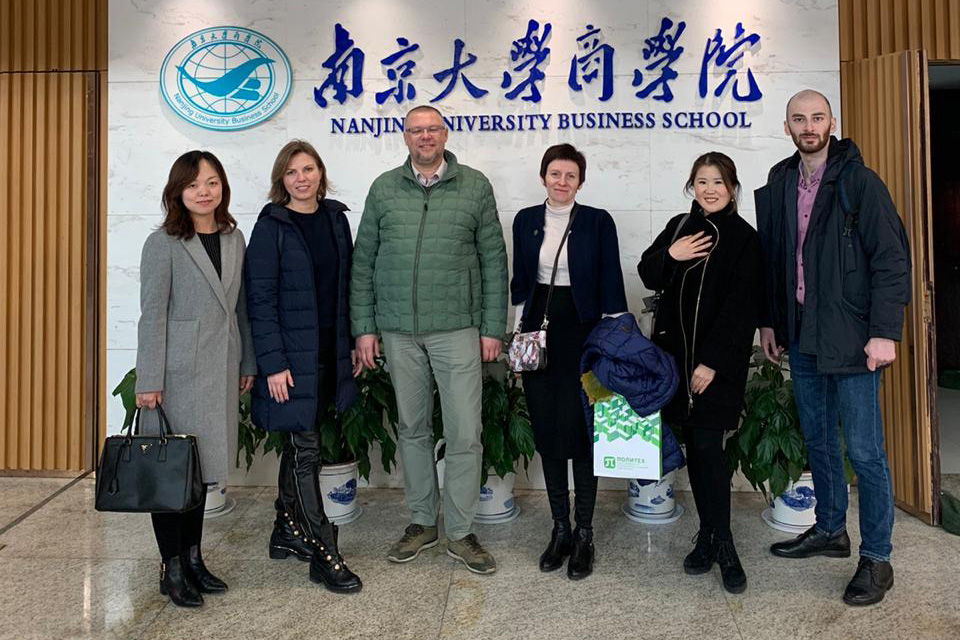 Negotiations on the establishment of a joint Russian-Chinese Institute

Together with its partner, Xi’an University of Technology, Polytechnic University discussed the possibility of establishment of a joint Russian-Chinese Institute.  Negotiations on this issue took place with the support of the official SPbPU Representative Office in Shanghai in early January. The plans are that the joint institute will implement programs in optoelectronics, materials science, information technology, automation, and mechanical engineering. 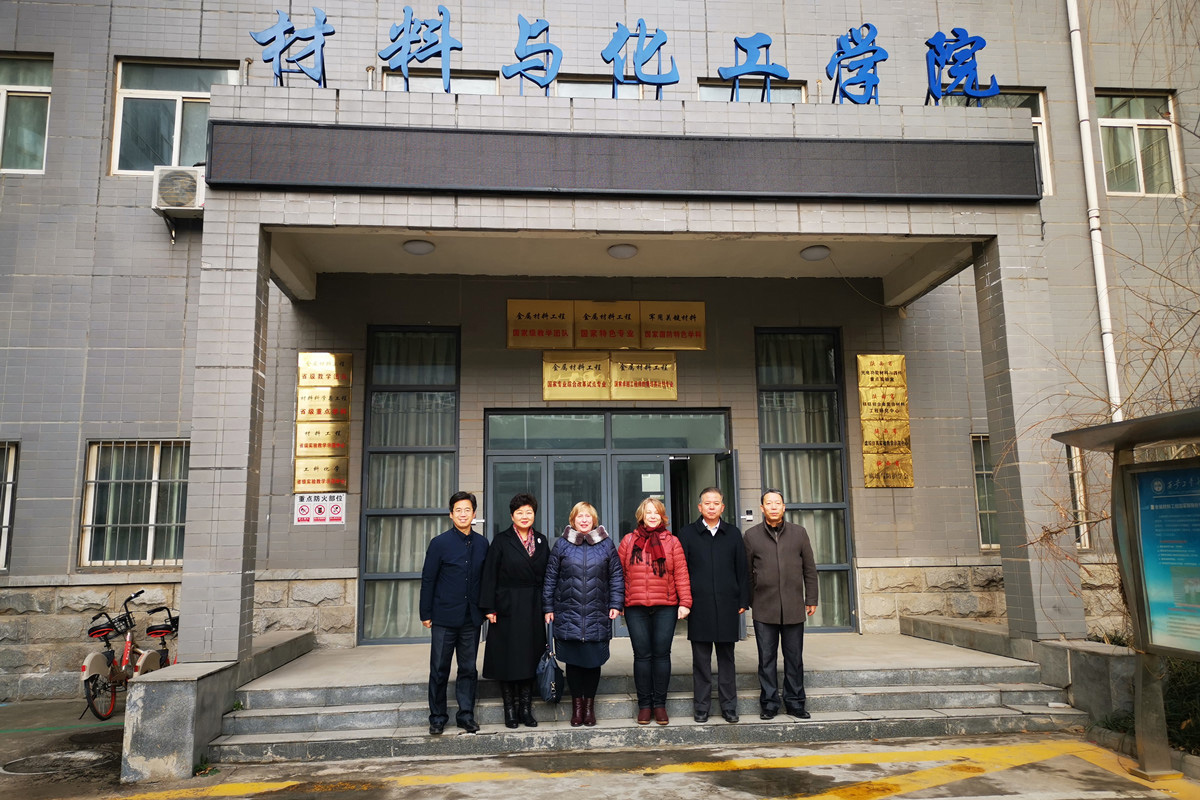 Establishment of the SPbPU Preparatory Center in Shanghai

Employees of Polytechnic University and the Shanghai Business School of Foreign Languages talked about the establishment of the SPbPU Training Center in Shanghai. The School came up with such an initiative back in 2019: at that time, cooperation with Polytechnic University had lasted for two years. The Consulate General of the Russian Federation in Shanghai provided significant support for the advancement of the partnership.

The meeting took place at the site of the SPbPU Shanghai office. The School was represented by Jing Nanhui, Deputy Director for International Affairs, Liu Yang, Head of the International Cooperation Department, teachers and staff. The meeting participants spoke about and outlined a work plan for the creation of the center and signed a memorandum of understanding. It is understood that in the new center preparatory classes in technical, economic and humanitarian areas will be held. Both parties expressed their confidence that the new structure would increase the level of Russian language proficiency among Chinese students entering Polytechnic University. 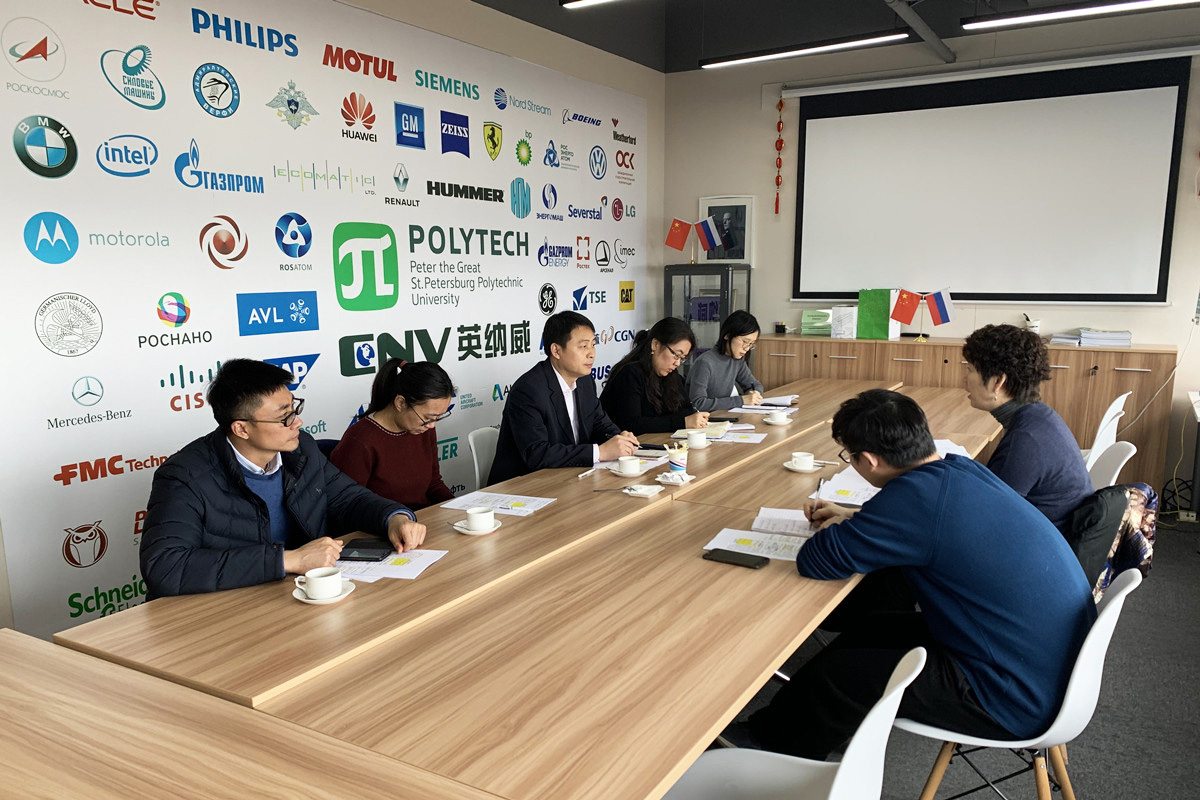 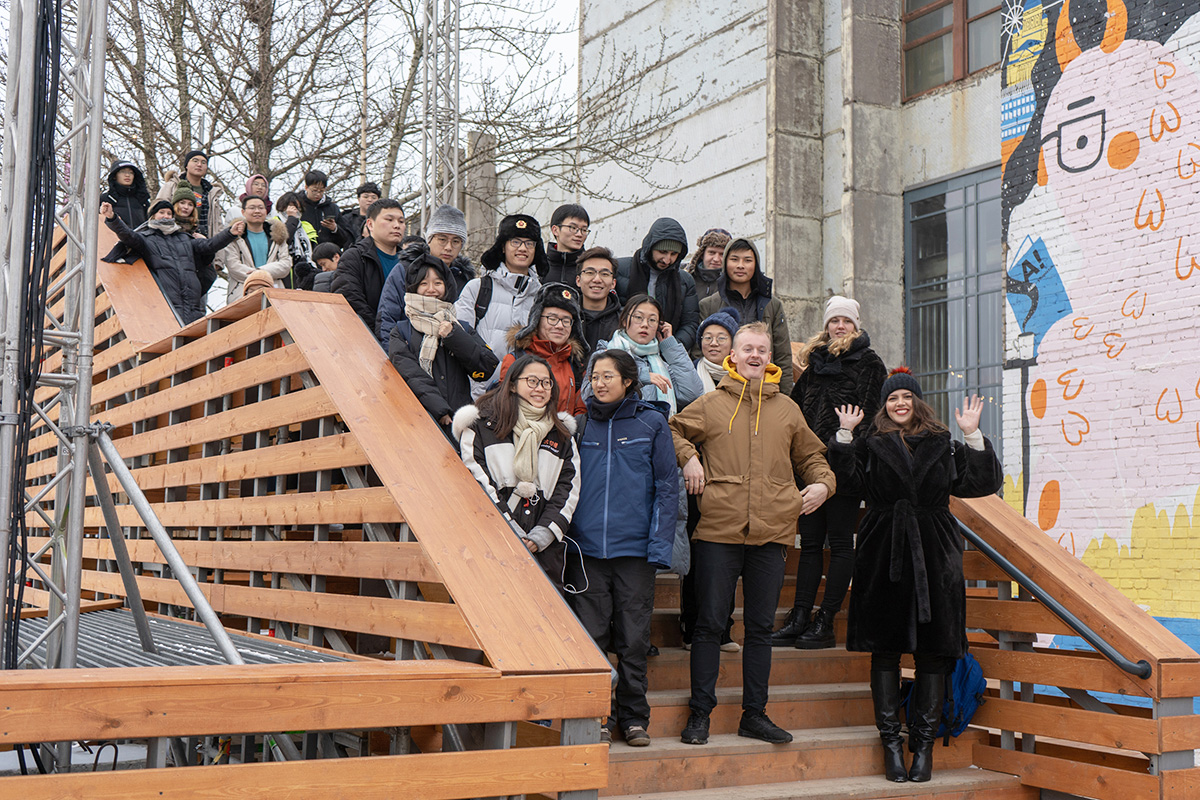 “Thanks to the SPbPU Winter School, I learned about modern Russian technologies. I enjoyed both the organization and the educational process at Polytechnic University. I would especially like to note the lectures of professors on the topic of 3D modeling: this is the area that I am studying. Information was presented in a good accessible manner; teachers gave a lot of examples from real life. I wish the International Polytechnic Winter School success and well-being,” Lin Yuytin, a student from China, shared his impressions.

In January 2020, 44 students of yet another Chinese partner of SPbPU, i.e., Xi’an University of Science and Technology, received certificates of completion. Master’s degree students arrived at Polytechnic University for 3 months to gain additional knowledge in such areas of training as civil engineering, environmental engineering, and electronic control.

Meetings and negotiations with potential partners

Three meetings were held in January with Chinese potential partners at one stroke. At the site of the Representative Office, a meeting was held with the Tieke Sintsailaiao Company, during which the participants discussed prospects for cooperation on manufacturing technologies for parts of high-speed trains.

In St. Petersburg, a meeting was held with representatives of the Huawei Moscow Office. Polytechnic professors presented to colleagues the results of research in the field of wireless communications. In their turn, Huawei engineers demonstrated modern research results and outlined the demands of the future. The main meeting was followed by group sessions. 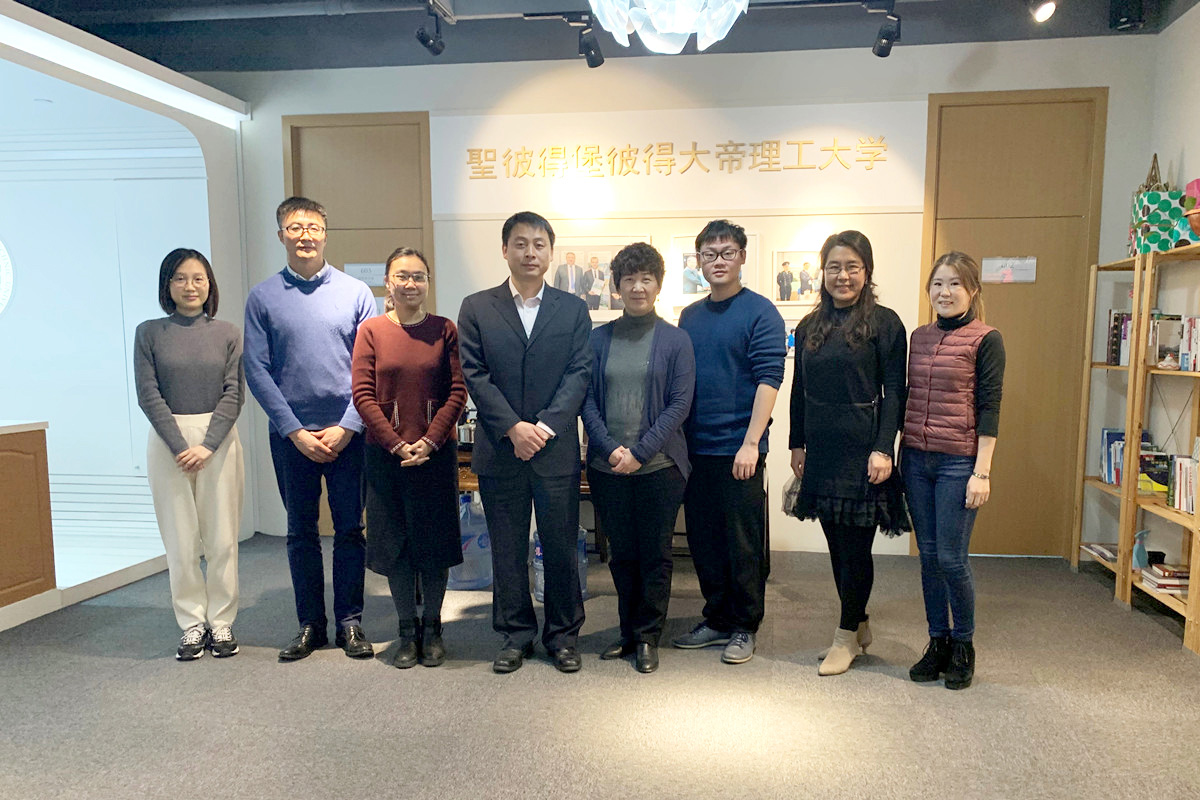 On the basis of the Representative Office, a meeting with the Zhunchun Zhonggun Haibovei Company took place. The parties discussed aspects of information visualization in radar systems and image recognition. A remote video conference was also held with Polytechnic University specialists who demonstrated the results of their projects on this topic.

Interim results of the Open Tasks of 2020 Project

In February 2020, the first interim results of the Open Tasks of 2020 Project were summed up. SPbPU is implementing this project in conjunction with the Nari Group Concern, the state-owned electric grid corporation of China. Over the course of the workflow, the team of the Representative Office repeatedly organized conference calls between Polytechnic University specialists and corporation officials, during which the lines of joint research were approved. 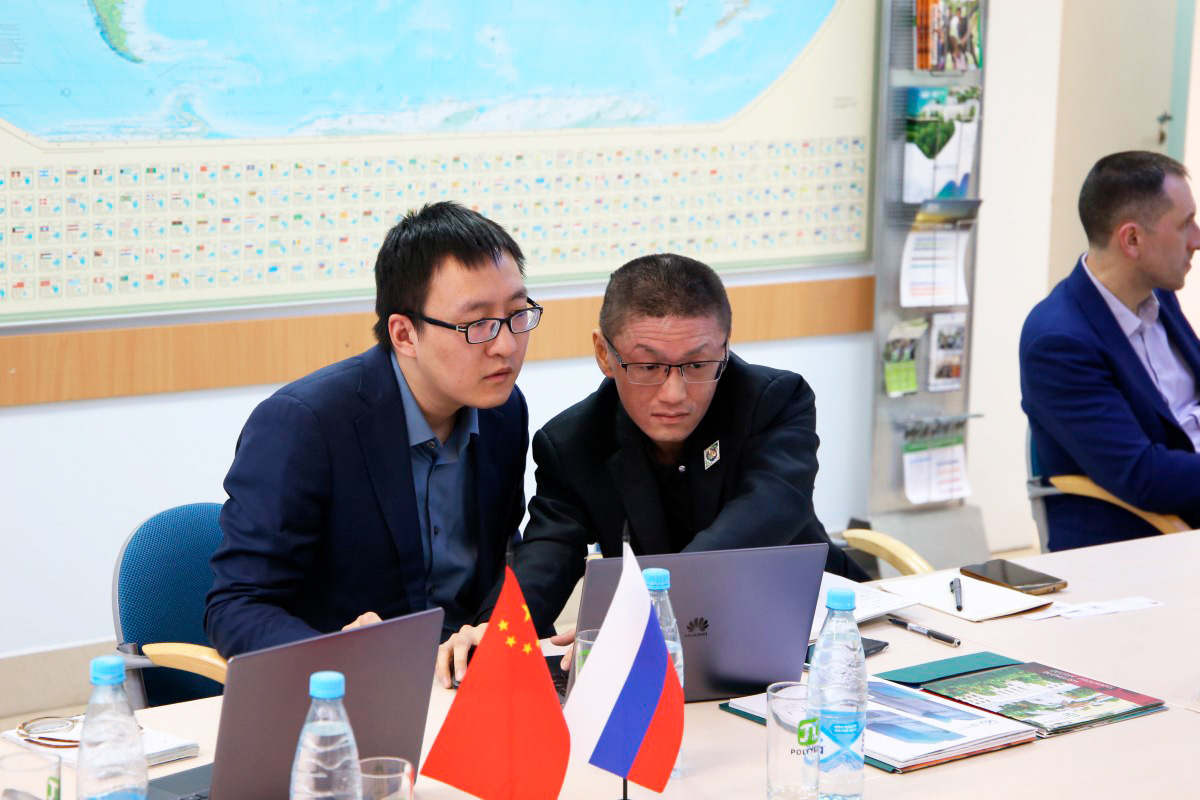