The relationship with China is essential for the Russian Federation – it was declared by President V.V. Putin during his official visit to the People’s Republic of China on 25th June. Dmitry Medvedev, the Prime Minister of Russia, had visited Peter the Great St. Petersburg Polytechnic University the day before. He held meetings with Ms. Su Jing, Director of Shanghai Office of SPbPU, and the staff of the international offices of the university. The Prime Minister gave positive feedback in relation to the initiatives of the Polytechnic University aimed at strengthening cooperation between Russia and China in the sphere of science. 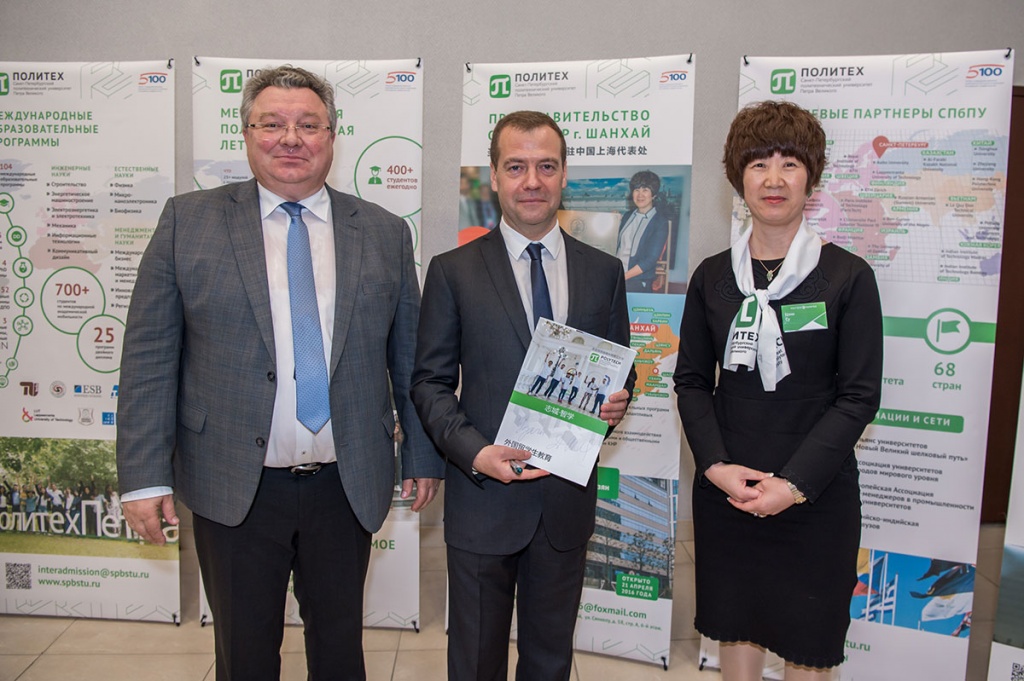 During the meeting the staff of the international offices of SPbPU outlined the main areas of their activities mentioning that it is not by chance that the Polytechnic University is one of the most “international” engineering universities in this country. “Our university is among the top three according to the number of foreign students and it is number one among engineering universities in terms of that. For example, at present we have more than 4,500 students from 115 countries”, said M.V. Vrublevskaya, Deputy Director of the Center for International Marketing Research at SPbPU. It is natural that one of the reasons for this success is that a vast number of innovative international programs are being implemented at the university including joint degree programs (there are more than 25), which serve to improve the quality of education considerably and to arouse interest in foreign students.

The staff of the international offices described the International Polytechnic Summer School, the biggest in Russia, as a “status symbol” of the university for foreigners, which helps to demonstrate the opportunities offered by the university, and to familiarize oneself with the infrastructure, campus and the people. “Every year more than 500 students from different countries come to us. As a result, many of them return and study for a much longer time”, added the staff of the international offices of SPbPU. 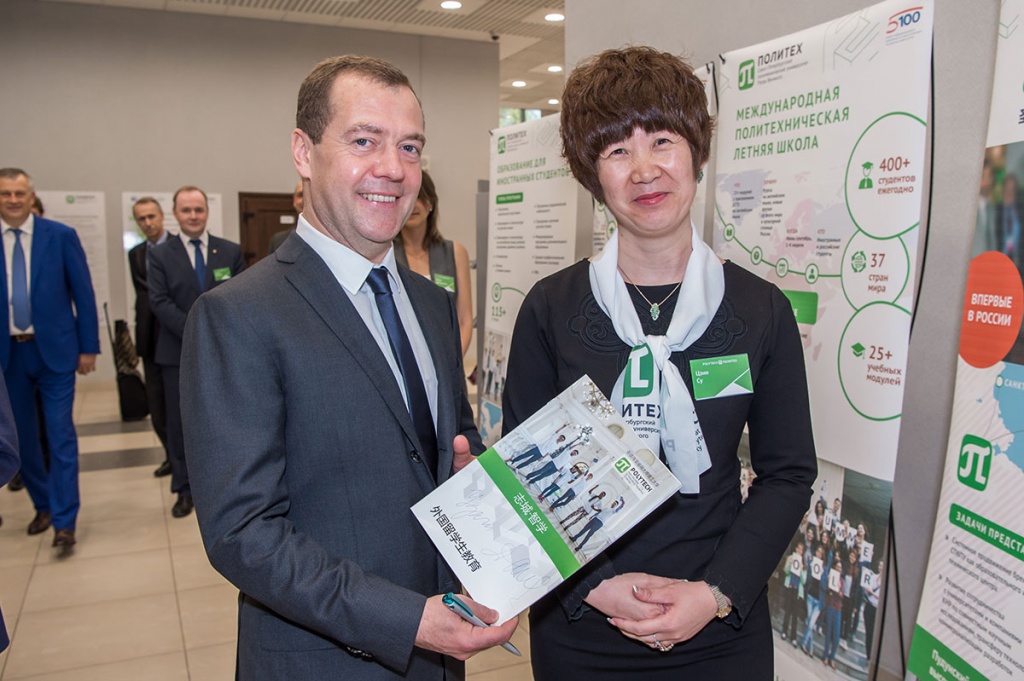 The Prime Minister was told that it is a tradition at the Polytechnic University to develop partnership with universities from various countries, paying a great attention to working with BRICS and SCO countries, Latin America, the CIS. For instance, the university is supervising two Russian-Slavonic universities in Armenia and Belarus. “Nowadays our university is focused on cooperation with the Asia-Pacific region. We are especially proud of the fact that we have opened the first ever office of a Russian university in China”, said D.G. Arseniev, Vice-Rector for International Relations, giving the floor to the Director of the Chinese office.

“SPbPU is the first Russian university to have opened its office in China, namely in Shanghai, a major industrial and financial center. The office is located in the leading innovative district of Shanghai. This is a very important event. The task of the office is a systemic approach to promoting the brand of the university, however, not only of the Polytechnic University, but of Russian universities and Russian higher education as a whole”, said Ms. Su Jing.

The Director of Shanghai Office of SPbPU explained that it is planned, in particular, to expand partnership with Chinese universities and high technology companies in the sphere of science and engineering, to offer the educational services of the university to Chinese students, to promote the innovative developments at the Chinese market, and to hold internships for directors of enterprises in order to share experience and plunge into the business culture of our countries.

Having mentioned the fact that the Russian-Chinese relations are developing unprecedentedly fast today, Dmitry Medvedev appreciated the collaboration between our countries in the area of science and education. He also signed the booklet of Shanghai Office of SPbPU as a memento.