A Guided Tour to SPbPU Military History Museum for Students of the Preparatory Faculty, Institute of International Educational Programs

In the middle of February 2016, they arranged a guided tour to the Military History Museum, SPbPU for the foreign students of the preparatory faculty of the Institute of International Educational Programs (IIEP). The main objective of the event was to make the students know about the history of Peter the Great St. Petersburg Polytechnic University, activities of the leading professors and scientists of the university, achievements of the past and present in the sphere of science and education. The international youth group included students from such countries as China, Argentina, Hungary, Thailand, etc. 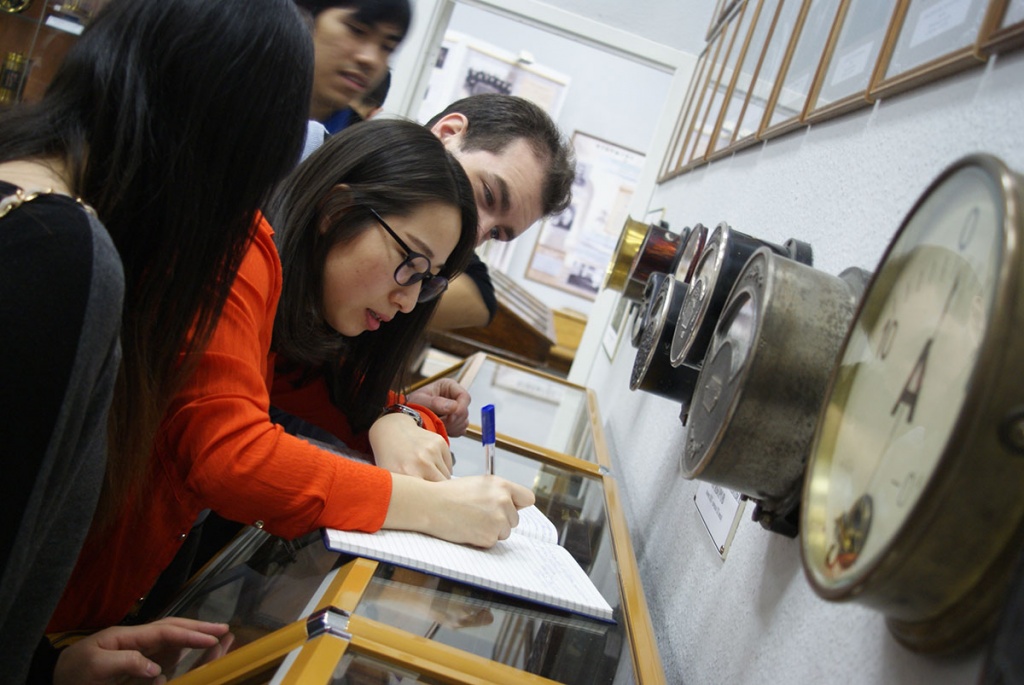 It should be noted that the IIEP pays a lot of attention to extra-curricular activities of foreign students. The guys are always involved in interesting events, evenings dedicated to traditions of different countries, attend the language café and themed concerts. There is also a tour program worked out for them and meant to make the students acquainted with the most important places to see in St. Petersburg. At such cultural gatherings the foreign Polytechnicians meet each other, tell their friends and tutors about their native towns and their life on SPbPU campus.

Director of the IIEP A.M. Aleskankov is sure that such events encourage the students to be closer to each other and allow them to overcome the adaptation barrier in the shortest terms, to become full citizens of the city on the Neva River and active participants of all university events.

Our task is to help the foreign students to become an integral part of the Polytechnicians’ team, teach them to think globally, share their experience and knowledge. Patriotic education of the youth is a special contribution to the international system of education and mutually successful future,” says Vice-Rector for International Affairs of SPbPU D.G. ARSENIEV.

According to the IIEP teaching staff, successful adaptation contributes to correct attitudes of the foreign students. Their major objective today is to obtain high quality education and develop professionally. The team of the Polytechnic University is always there to help them reach such objectives. 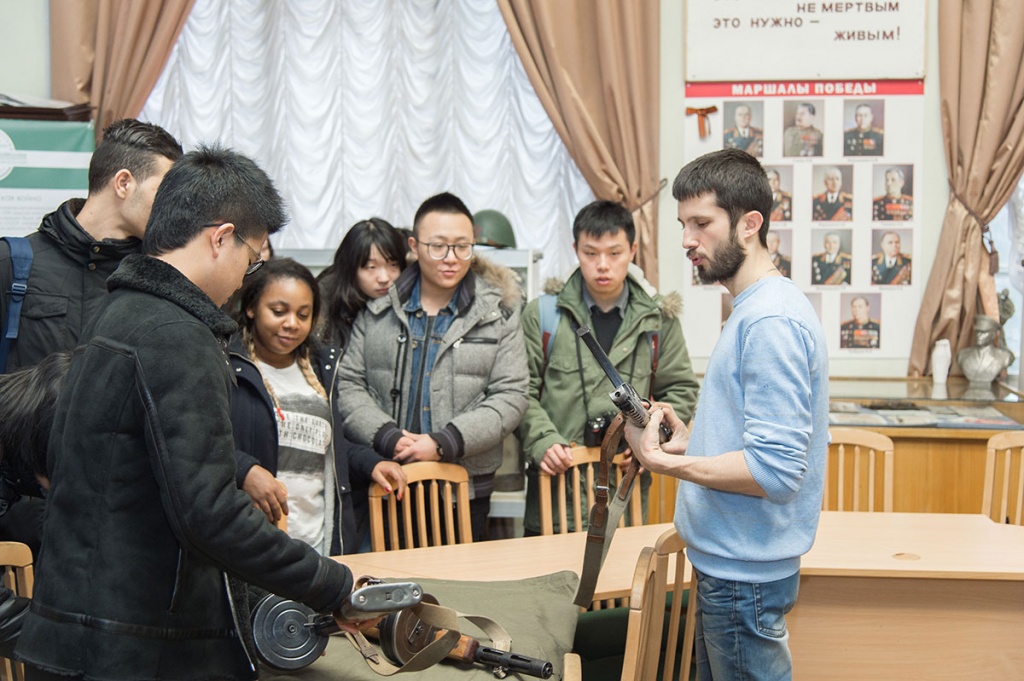 During their tour to the Military History Museum, the foreign students learnt about how their predecessors lived and studied many years ago and got acquainted with the history of great inventions designed by SPbPU scientists. The young people could also try a military uniform which came down to us from the time of the Great Patriotic War. According to one of the participants of the event “it was especially interesting and cognitive”.

“I love the history of Russia and learn about the Soviet period with great interest. I believe that history affects the lives of individual people a lot,” shared his impressions Javier FONTARI, student of the IIEP from Argentina.

Ma Yu Hao, student from China, has just started learning Russian. History classes in the Polytechnic University help a lot to the young man when learning about the specifics of life in Russia.

“I’d like to thank History and Geography teacher Pavel Sergeevich Nedelko. I learnt a lot at his classes and the guided tour to the Military History Museum became an unexpected discovery for me. I was able to try the military uniform and hold a real gun in my hands,” said Ma Yu Hao.

The IIEP History and Geography teacher P.S. Nedelko accompanied the young people during the event, gave them important advice and instructions. According to Mr. Nedelko, the foreign students are seriously interested in studying Russian history, history of our universities, biographies of famous people, etc. At the same time, one cannot say that the foreign guests had been completely unaware of our country’s history at all before they arrived in St. Petersburg. For example, Boglarka Rus from Hungary studied Russian History at school. She remembers well these classes, because they were the ones which affected her choice of the university. “And now I love Russia even more,” laughs Boglarka.

All the students enjoyed the tour to the Military History Museum of the Polytechnic University. “It was very interesting to know what the great polytechnic scientists thought about and had on their minds,” said Athipbordi OLDUM from Thailand. Let us hope that his personal discovery will become a perfect beginning for new idea pursuits in the world of history.