The Extension of Armenian-Russian Cooperation

Yerevan (Armenia) hosted the 4th Russian-Armenian Interregional Forum “Russia. Armenia. Eurasian Economic Union. New Prospects for Interregional Cooperation” on November 2-3, 2015. The business program of the Forum focused on such issues as the expansion of Russian-Armenian cooperation in the field of energy, tourism, patronizing younger generation and other strategic areas in terms of active integration processes. The Russian side of the forum was opened by the Chairperson of the Council of Federation of the Federal Assembly of the Russian Federation V.I. Matvienko, the Armenian side was represented by the Minister of Territorial of Administration and Emergency Situations of Republic of Armenia A.G. Yeritsyan. 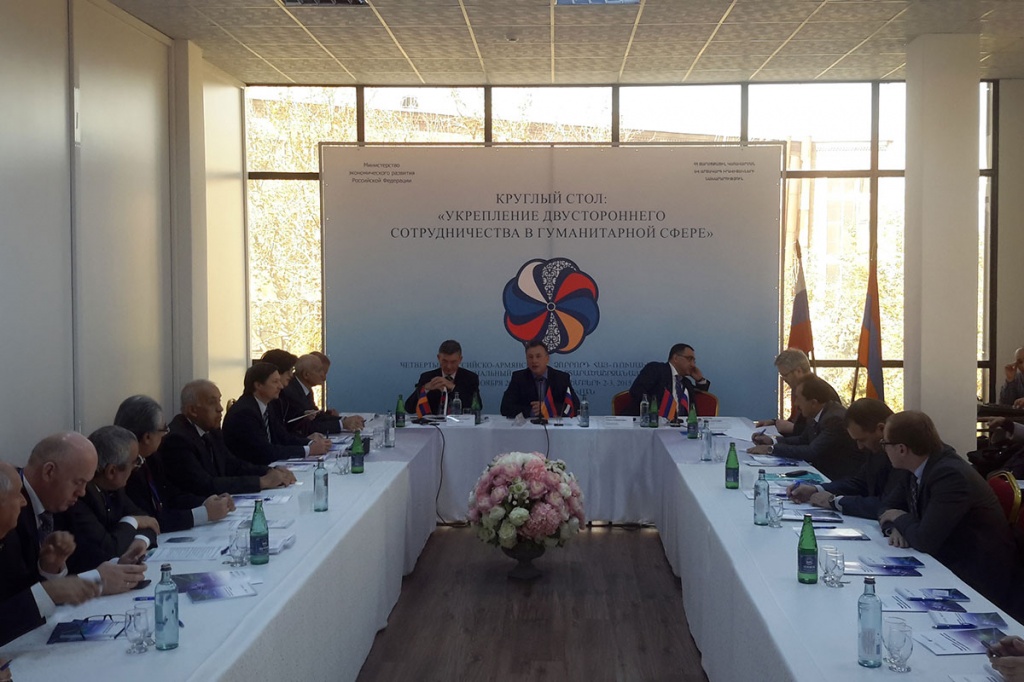 The delegation of Peter the Great St.Petersburg Polytechnic University was represented by the Vice-Rector for International Relations D.G. Arseniev and the Deputy Head of the International Cooperation Office N.M. Golovin.

Within the framework of the Forum the roundtable conferences, group discussions and mini-forums were organized. The Economic Youth Forum was held on the first day and the student's union represented SPbPU took part in it. The Forum of Russian and Armenian Rectors, “The Development of Russian-Armenian Cooperation in the Field of Education, Science and Technology” was held on the second day. It was presided over by the Head of the International Department of The Ministry of Education and Science of the Russian Federation N.R. Toivonen, the Rector of NNRU “MEPhI” M.N. Strikhanov and the Rector of Russian-Armenian (Slavonic) University A.R. Darbinyan. Rectors and Vice-rectors from more than 35 Russian and Armenian Universities took part in it. The Vice-Rector D.G. Arseniev represented SPbPU delivered a report about the experience and results of the project aimed at the development of Slavonic Universities. In his report, he paid special attention to the extension of the cooperation with Russian-Armenian (Slavonic) University as a strategic partner of SPbPU. 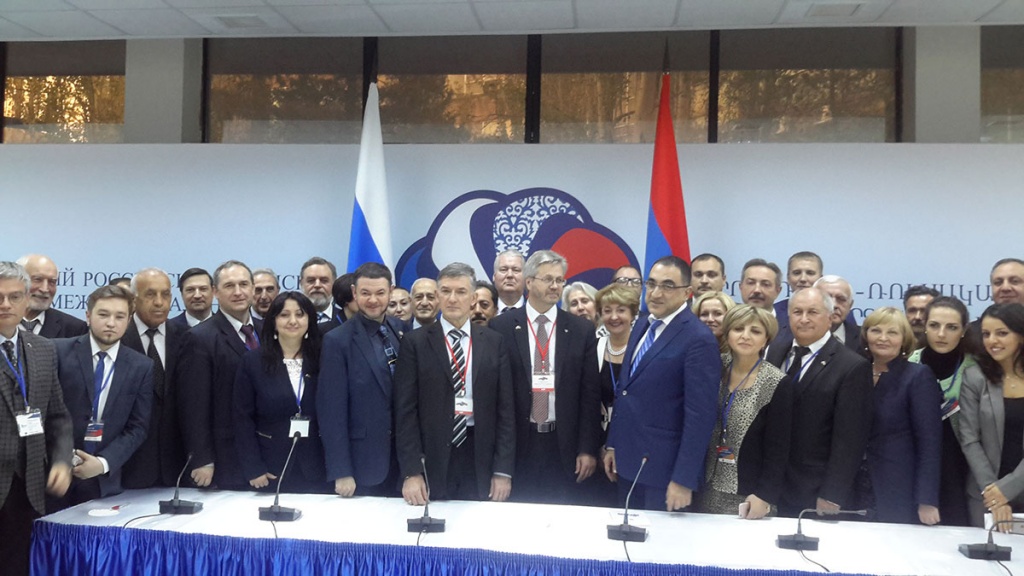 In the framework of this meeting, they discussed the current issues how to implement cooperative educational programs in the field of biotechnology, micro- and nano-electronics, to improve the project to set up in RAU the cooperative research laboratory in telecommunications, and some issues of academic mobility of students and professors. At the meeting, the representatives of SPbPU and RAU reached the prearrangement that the delegation from Russian-Armenian (Slavonic) University would visit SPbPU before the end of the year.

The Forum resulted in the agreement of all participating Universities to organize the Association of Russian and Armenian educational organizations as a field for future collaboration.

Russian-Armenian (Slavonic) University was established by virtue of the arrangement between the Government of the Russian Federation and the Government of the Republic of Armenia. The agreement about the work and terms of settlement of Russian-Armenian (Slavonic) University in Yerevan was signed on August 29, 1997. The university provides courses typical for classical Universities such as Mathematics, Physics, Economics, Law, Philology, Journalism, Biomedical courses. RAU consists of five institutes conducting educational and research activities. In 2013-2014, the total employment was equal to 574 people, including a teaching staff – 329 people, 246 of which have scientific titles and ranks. The total number of students in Bachelor's, Master's and Specialist's programs is 2353 people. Since 2014, Russian-Armenian (Slavonic) University has become the strategic partner of SPbPU.