FabLabs of the world, unite!

The work of FabLab Polytech has long been widely known beyond its borders, which is quite natural, because the key moment in the ideology of the laboratory is its availability for everyone. FabLab is actively developing and interacting with foreign colleagues. For example, in March 2018, within the framework of the international festival “Polytech: Science, Technology & Creativity” FabLab Polytech's team presented their projects to students of the Higher School of Telecommunication Engineering of the Technical University of Madrid (UPM). Our team took part in joint events with representatives of FabLab of the School of Industrial Engineers UPM, and also met with colleagues from the Medialab Prado Center. 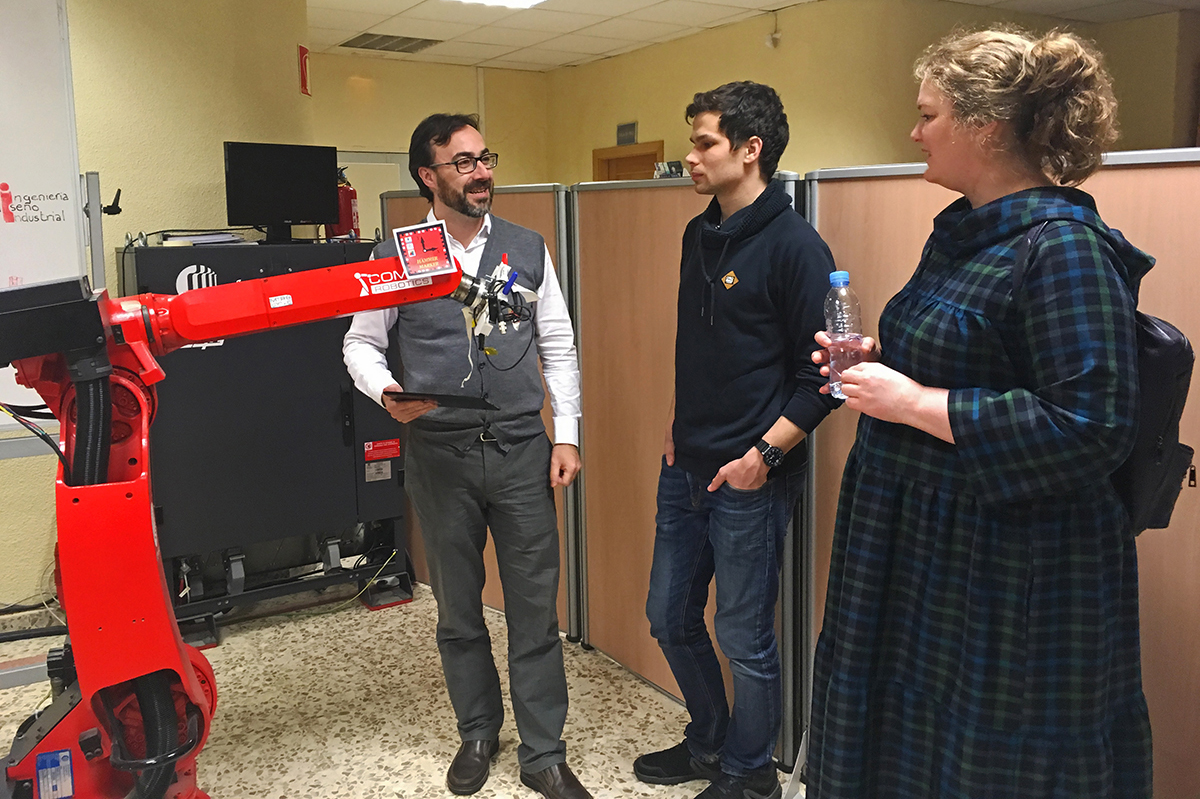 The Head of SPbPU Center for Scientific and Technical Creativity of the Youth Polina DYATLOVA and Alexander OPOCHANSKY got used to the fact that FabLab has always drawn attention. Those who want to closely examine and see various devices and constructions are always there. At the Higher School of Telecommunication Engineering UPM FabLab Polytech introduced a charger for a phone on solar batteries, controlled from a smartphone, unique robots and other projects. A separate topic was the presentation of the new module of the International Polytechnic Summer School: this year FabLab presents its first program “Urbanistics” (Smart Cities). This course is created for students to consider the urban environment as a separate system with all its challenges and students will present their own projects. In addition, Russian and foreign specialists will give lectures on urban planning and digital production. The module includes intensive teamwork in the format of blitz-design. 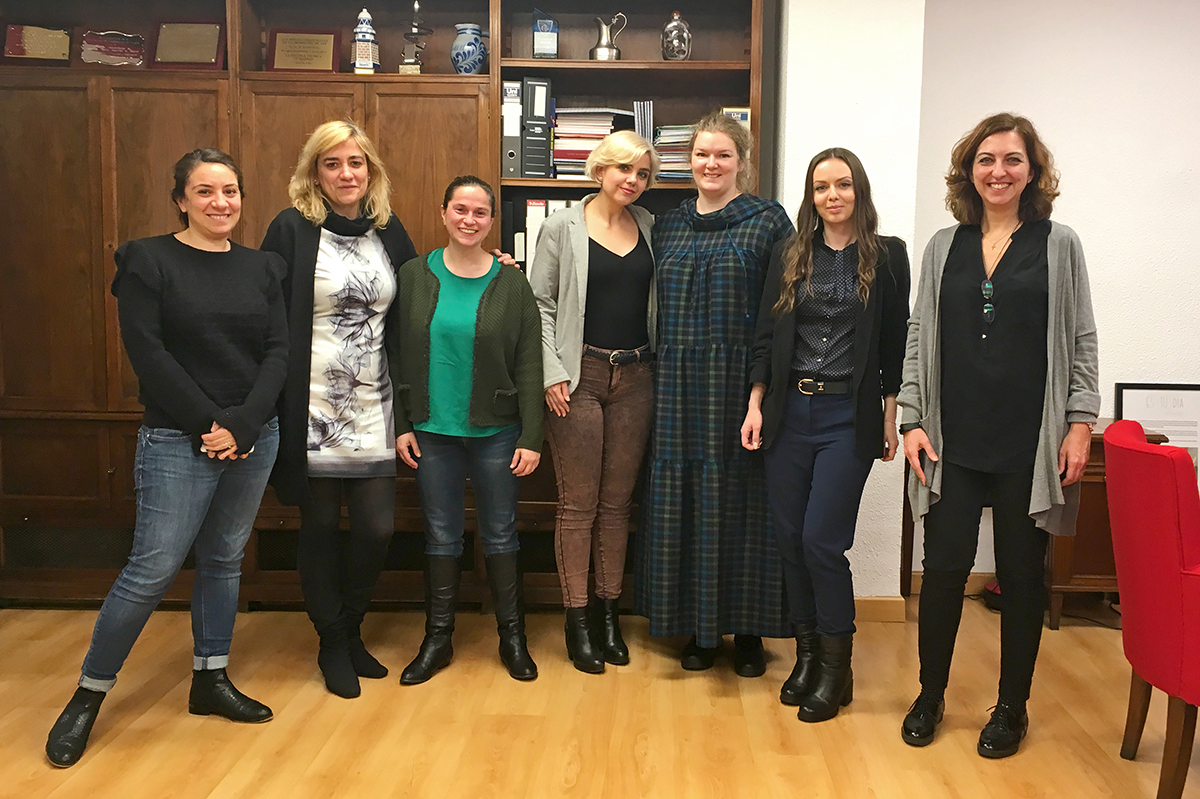 FabLab team as well had a productive and effective meeting with the team of the School of Industrial Engineering UPM (Fab Lab ETSIDI). Deputy Director for International Activities Isabel Carrillo conducted a tour for the representatives of SPbPU round the laboratories of the School. Guests from Polytech visited the Computer Mathematical Laboratory, as well as the Laboratory of Robotics, where the professor of the School Alberto Gonzalez introduced the collaborative robot to the colleagues. The robot can draw following the given parameters. According to the Professor’s explanations, collaborative robots are becoming very popular: unlike industrial ones they are designed specifically to work with people, are capable of performing operations that are risky for humans, and control does not require special programming skills. 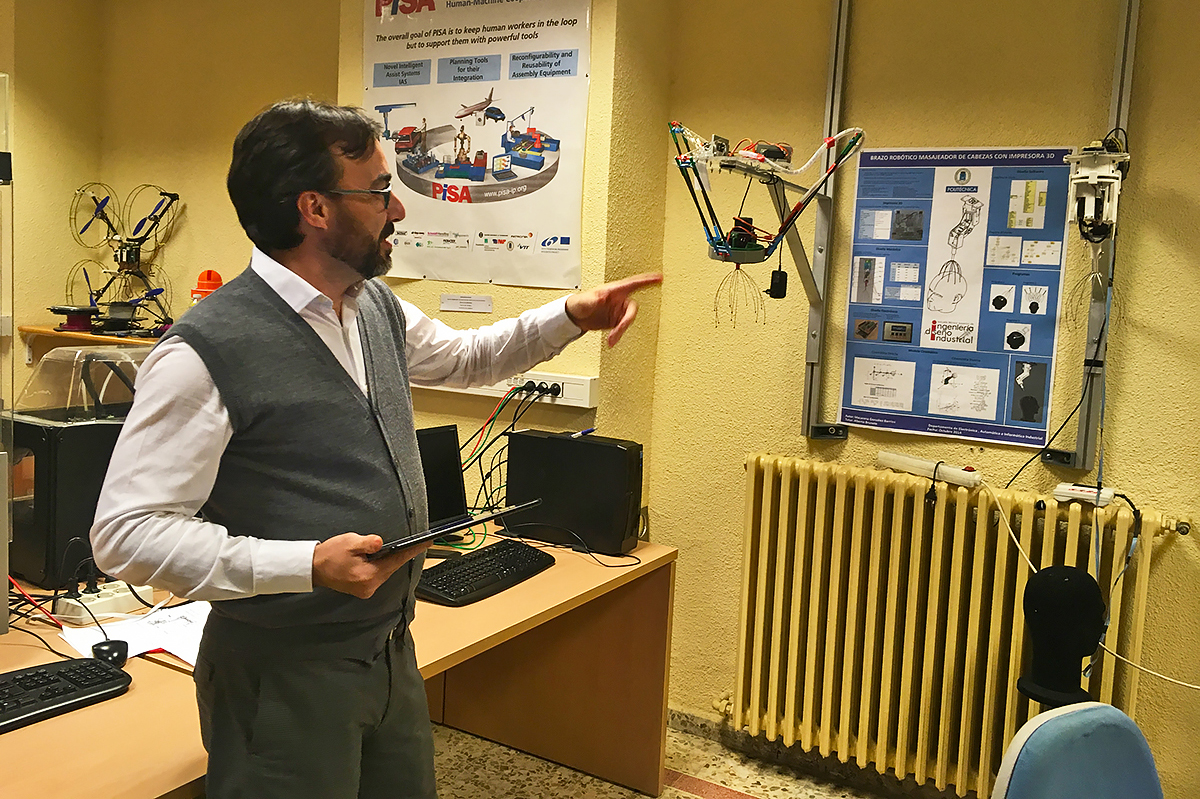 Further the Russian side got acquainted with the activities of the Spanish FabLab, located in one of the premises of the School of Industrial Engineering UPM. Since its establishment Fab Lab ETSIDI has been developing projects designed to encourage and develop creative initiatives among school pupils and students. Like at SPbPU, FabLab of the School of Industrial Engineering regularly conducts open lectures and classes to familiarize and train visitors to work with laboratory equipment so that they can later independently implement their ideas. Classes for children and courses on 3D-printing are very popular among children. During the meeting, representatives of both FabLabs agreed on the possibility of implementing joint projects. 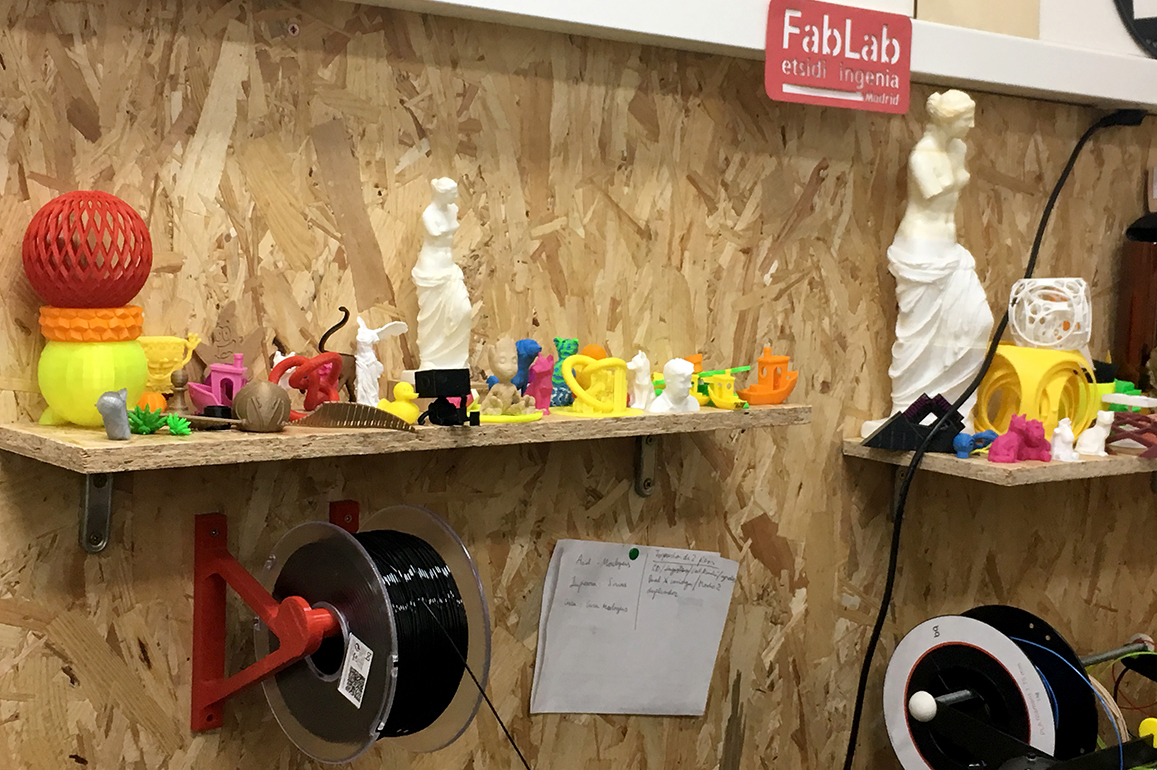 The facilities of the laboratory and its background were presented to colleagues from SPbPU by its Head of Medialab Marcos GARCIA. The laboratory is actively working on prosthetics of the upper limbs, which largely coincides with the projects of FabLab Politech: its residents have developed a children's prosthesis and at the moment they are developing prosthesis for an adult. Colleagues from Medialab are working on a special pediatric prosthesis with removable parts. This serious topic resulted in a long discussion among the participants of the meeting and both sides considered it to have a great chance to grow into a format for full-scale joint research. 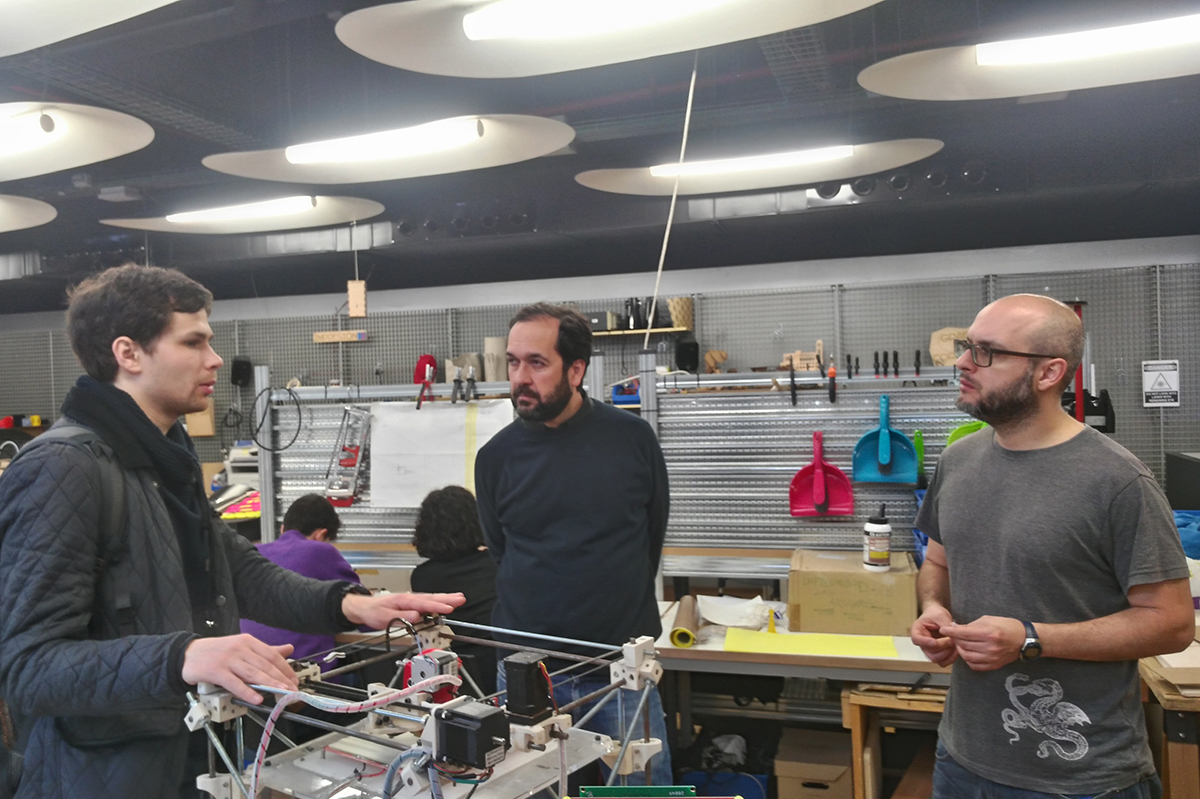 On behalf of SPbPU FabLab Polytech representatives invited professors and residents of Spanish laboratories to participate in the International Polytechnic Week (May 14-20, 2018). Within the framework of the Week FabLab Polytech will celebrate its first 5 years anniversary. Its residents from SPbPU hope to celebrate together with their Spanish colleagues and other guests of the event. In addition to the official celebration FabLab is planning a lot of other activities for the Student Day of the International Polytechnic Week (May 16) and during excursions within the Day of Science (May 17). Therefore, there is a high probability that there will be new steps in the development of productive and favorable relations.