Polytechnic University and City, University of London Presented a Case of Success at the First Forum of Rectors of Universities of Russia and the UK 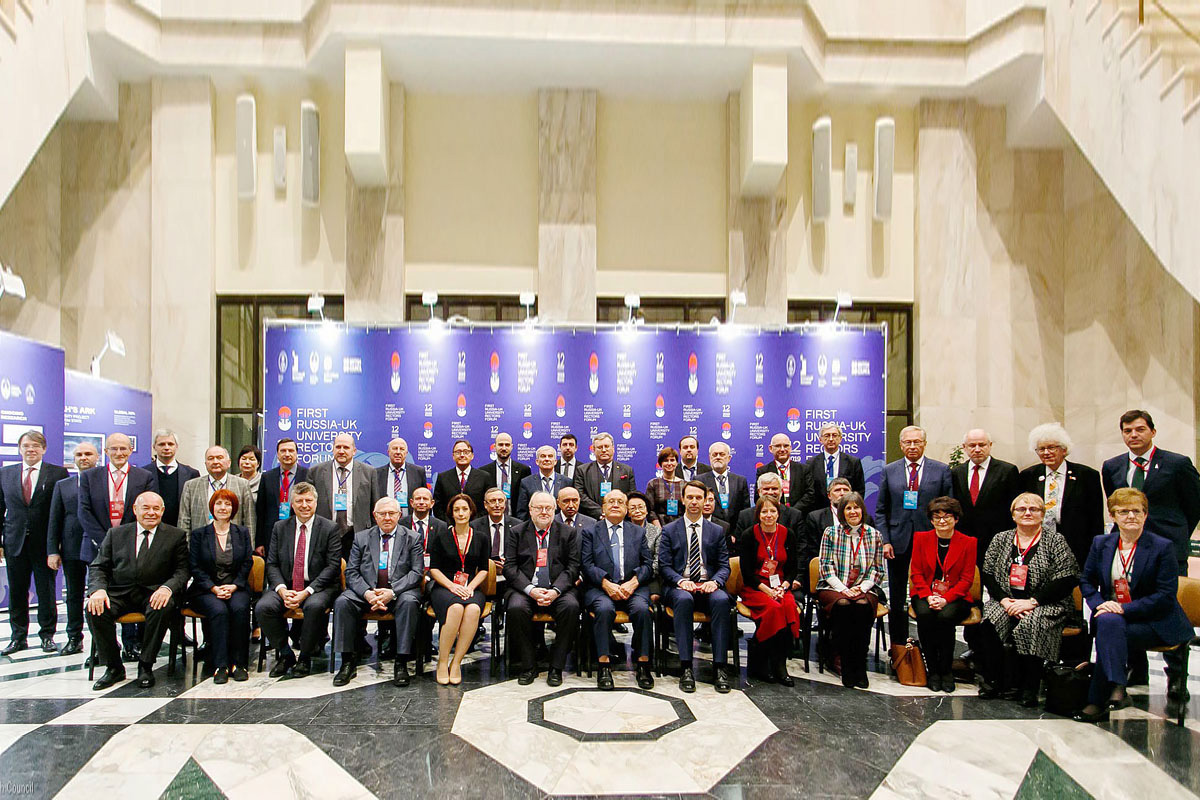 Academician V.A. SADOVNICHIY, President of the Russian Union of Rectors, Rector of Moscow State University opened the forum. According to SADOVNICHIY, the Forum was a unique chance to strengthen friendship and cooperation between the two countries. Welcoming speeches were also given by the First Deputy Minister of Higher Education and Science of the Russian Federation Academician G.V. Trubnikov and President of the Association of Universities of Great Britain Rector of the University of Liverpool, Professor Janet BIR.

Polytechnic University was represented by Vice Rector for International Relations D.G. ARSENYEV and Deputy Head of the Department of International Cooperation N.M. GOLOVIN. Representatives of SPbPU took part in the panel discussion on the “Development of scientific cooperation and academic mobility between higher educational institutions of Russia and the UK”. One of the speakers of the discussion was Sir Paul CARREN, President of City, University of London, a strategic partner of SPbPU. Sir Paul CARREN highlighted the role of Polytechnic University in the development of academic mobility and summer schools. The long-standing partnership between Polytechnic University and City, University of London began with academic exchanges in the field of engineering. Today, all departments of the British university are involved in it. In addition, the universities are implementing a joint Master’s double degree program in “Intelligent Systems”. This is the first international Master’s degree program accredited by a foreign university and approved by the UK Quality Insurance Agency. 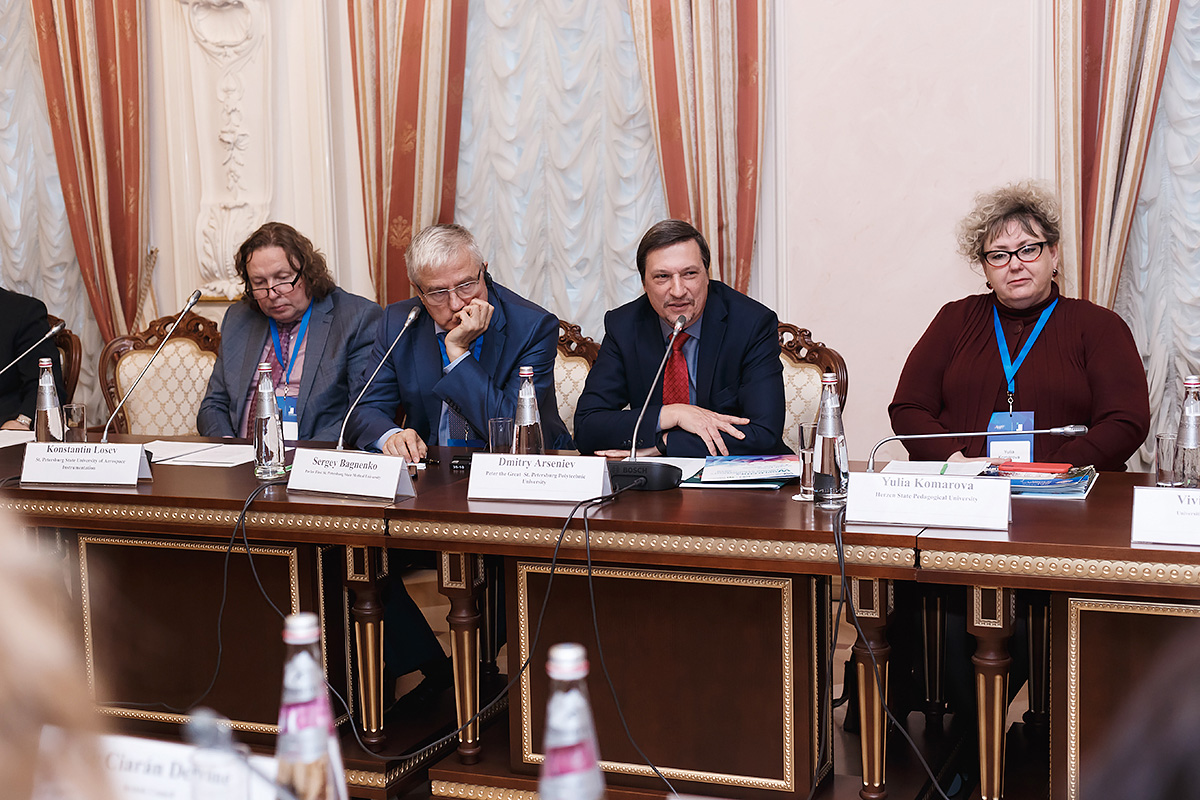 From Moscow, the forum moved to St. Petersburg. Representatives of SPbPU took part in the round table on “The Future of Universities: a View from Various Sides”. Welcoming speeches were addressed by the Director General of the British Council Sir Kiron DEVAN and the President of City, University of London Sir Paul CARREN. The invited speakers were the Rector and President of the University of Nottingham Clary MIDDLTON, SPbPU Vice-Rector for International Affairs D.G. ARSENIEV, and Rector of the Pavlov First State St. Petersburg Medical University S.F. BADENKO.

In his speech, Dmitry ARSENIEV presented the successful case of Polytech – City interaction and gave examples of cooperation with universities in other countries. “We all understand that in order to win global competition for the brightest minds, a modern university should have a clear strategy for attracting talented applicants, opening up concrete prospects for them,” the vice-rector for international activities emphasized. One of the most powerful tools for attracting foreign students to SPbPU is the International Polytechnic Winter School: annually, it brings about a thousand students from around the world. In addition, Polytechnic University is actively developing the implementation of joint educational programs with foreign partners and is a permanent member of the largest world associations, the World Cities World Class University (WC2) in particular. It is noteworthy that City, University of London was the first partner university of SPbPU in the implementation of an international Master’s degree program at Polytechnic University. The British university is also an active partner of SPbPU in cooperation on summer schools. 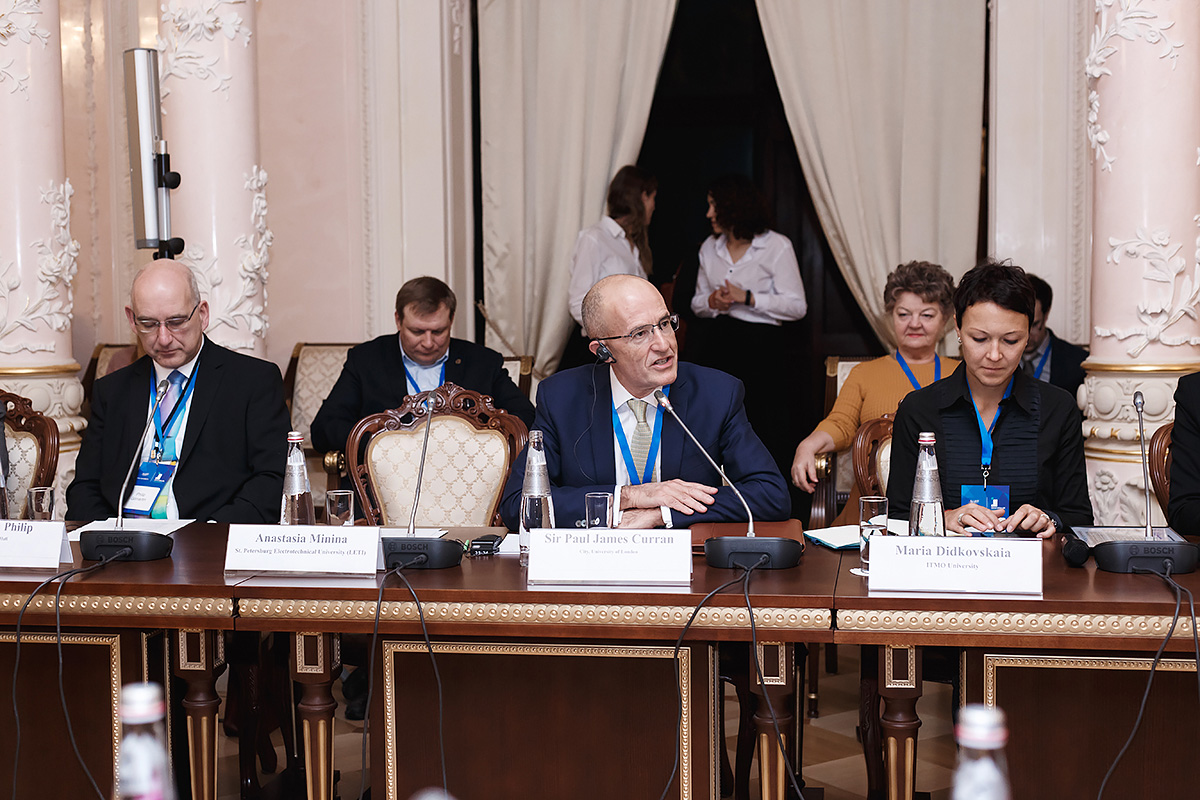 Sir Paul CARREN, speaking about the mission and role of universities in the modern world, also singled out the example of WC2. The association was established at the initiative of City, University of London in 2012. Every year, within the framework of WC2, the International Scientific Symposium is held, in which more than 100 graduate and undergraduate students and young scientists take part. In 2019, the WC2 forum took place at the Polytechnic University site under the motto of Smart Cities and Digital Society. The forum participants were about 150 guests from 9 leading universities in the world. “The Association unites the leading universities of the world and, attracting graduate and undergraduate students and young scientists to the projects, solves urgent problems and tasks of large megalopolises,” the President of the City emphasized.

In the format of round tables and discussions, Russian and British participants in detail discussed practical ways for further inter-university relationship. Following the results of negotiations and meetings, colleagues from Russia and the UK expressed their readiness for collaboration and mutually beneficial cooperation.