From June 26 to July 27 the International Polytechnic Summer School worked at the Institute of International Educational Programs. More than 90 students from different countries, who participated in it, went home yesterday. Deputy Director of the IIEP V.V. Krasnoshchekov told us about the international team, the results of the first stage of the School and completed projects. There are also impressions about the School from the participants. The student Uehbe Sami Basel told us about his interest in the issue of corruption, explained what “razkhodki” are and confessed why he was surprised by Russian old ladies. 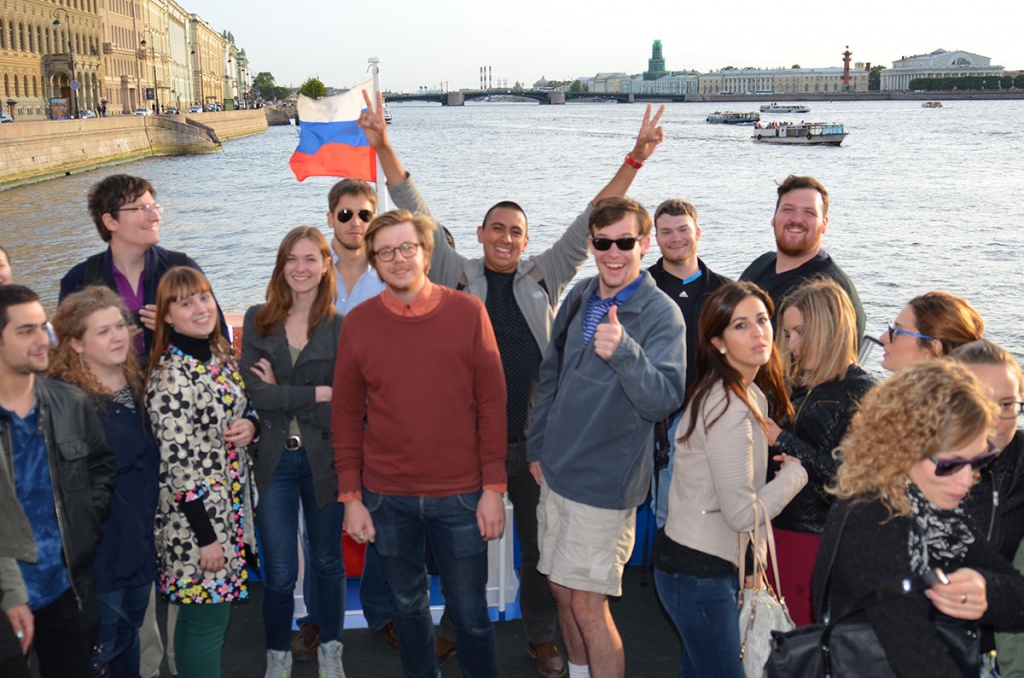 During one month, the Office of International Educational Projects together with the Institutes of SPbPU, including the Institute of Industrial Economics and Management, the Institute of Physics, Nanotechnology and Telecommunications, the Institute of Computer Science and Technology, taught many sciences to Russian and foreign students - from traditionally popular ones among foreigners: the Russian language, literature, history and culture to specifically developed modules of exact and natural sciences – gender issues and international economy, and even plasma physics and enterprise resource planning with the use of SAP ERP. Most participants of the School said that the selected disciplines were really interesting and useful.

Among the participants of the Polytechnic Summer School there were students from different countries and continents: from Australia to Brazil, from Ukraine to Venezuela, and of course - students from different Russian cities and towns. There were a lot of Americans, as usual, but the largest delegation this time was one from Italy. Half of them studied the Russian language and literature, others - Russian business culture. “Over a third of participants at the first stage of our Summer School, namely 38 people, were Italians”, - says V.V. Krasnoshchekov. “They are very grateful audience in terms of learning Russian, because their business is largely focused on Russia, like tourism and fashion, of course. Now they are suffering a lot because of the sanctions, but they hope that soon will be over. Generally, we have longtime contacts with Italian universities in terms of language learning. They are well aware of how strong the language school is in Polytechnic University. We have been teaching Russian as a second language since 1947, and the Department of Russian as a second language was organized in 1965. So, this year we have celebrated its 50th anniversary.” 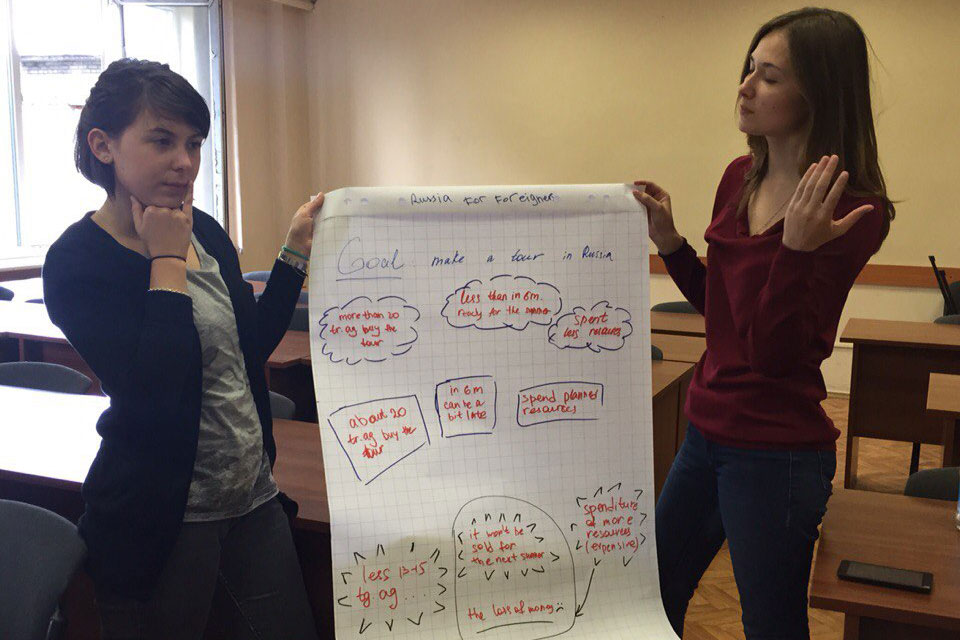 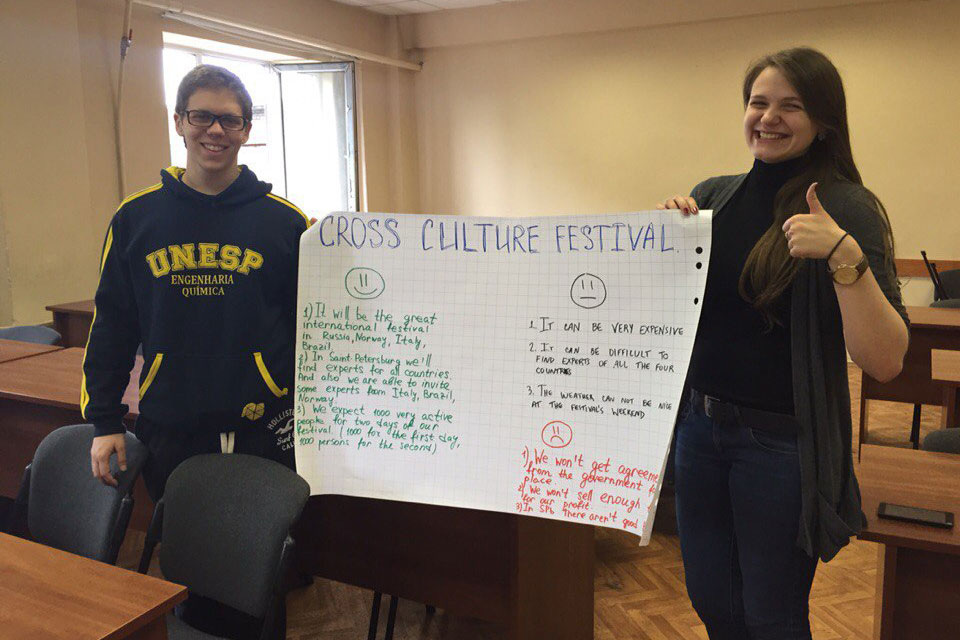 All lectures, training courses and business games were given by experienced Russian teachers, but in English. The learners of the Polytechnic Summer School did not only attend lectures, but also paid the so-called "educational visits" to various companies. They learned about business processes, marketing, finance, economics, logistics and purchasing on one of the largest companies in Russia in the sphere of consumer goods manufacturing - “Baltika Brewing Company”. They studied energy audit on the basis of “Quadro Electric” - a long-time partner of the Polytechnic University. Also, they familiarized themselves with the projects of “FabLab” and Business Incubator “Polytechnic”.

At the end of the module each student of the Polytechnic Summer School received a certificate of the international program participant, recognized abroad. Those who wished could combine different modules and their schedule, according to their interests and abilities. Different number of international credits (ECTS) accumulates depending on the number of modules. "The certificate allows foreign students to transfer the credits”, - continues V.V. Krasnoshchekov – “but it depends on the foreign university”. The most difficult situation with the credit transfer is in the USA, because there are many accredited assurance agencies and universities only work with their agencies. So, a student comes to his university, and they demand to obtain confirmation of studying in Russia from this or that very agency. For example, there can be problems with universities of Texas, but we accredited our programs in 2010. As for European universities, because the Polytechnic University has a well-established reputation- our university is included in the QS ranking -, they accredit, transfer the credits. In addition, we have agreements on academic exchanges with many European universities, so credits are mutually transferred on their basis. 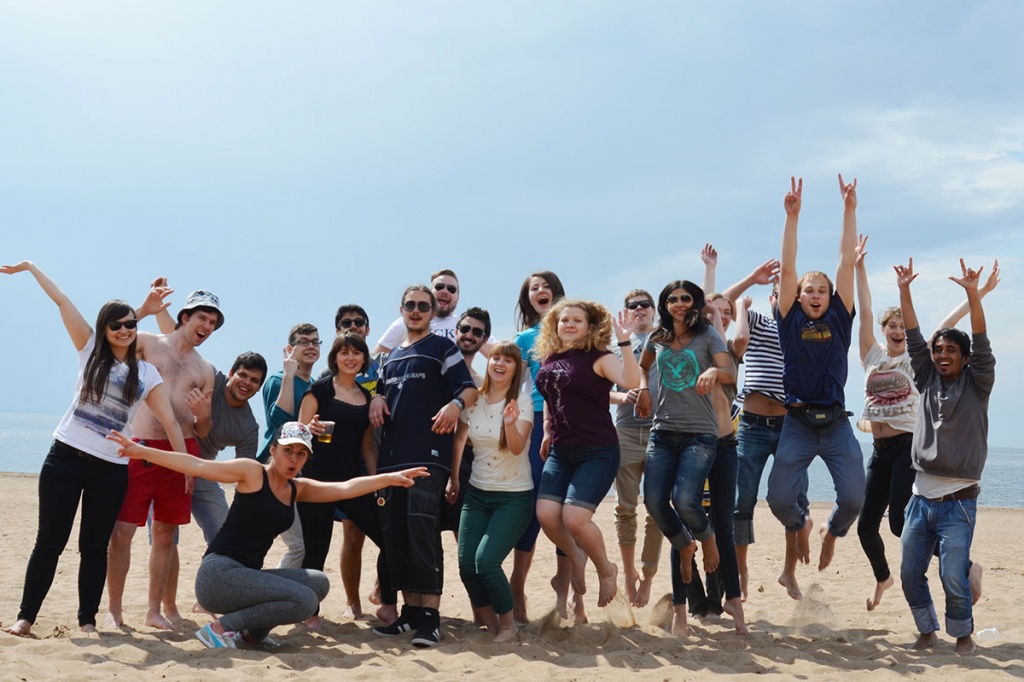 In addition to studying, an interesting leisure and cultural program was organized for members of the Summer School. It included city and river tours, visits to surburbs, like Pushkin and Peterhof, and an unforgettable picnic on the shore of the Gulf of Finland. The students visited the History and Technology Museum of the Polytechnic University. It should be noted that the head of "Our Polytech" (Military History Club) Roman Panov, who enthusiastically talked not only about the history of technical ideas, but military glory of the University, patriotic work, and excavations on the positions of battles done by the Polytech students - members of the Military History Club. The foreign students were very interested to learn about all these things.

In general, the students of the Polytechnic Summer School were really satisfied with the academic process, cultural events, and the fact that the teachers were excellent professionals and really passionate about their work. Almost everybody, of course, complained about the weather. July, indeed, was cold and rainy in St. Petersburg, but no one had brought warm clothes and umbrellas. In the dormitory there were sometimes problems with the Internet connection , which is very important for today's students. The students also mentioned a lot of paperwork as constructive criticism. Nevertheless, after participation in the Summer School, many of the students plan to continue their studies at our university for a longer period of time. For example, a student of one of the oldest universities of the United States, Georgetown University (branch in Qatar), a Bulgarian citizen of the Palestinian origin, Uehbe Sami Basel has decided for sure that he will spend in the Polytechnic University one semester, which according to the rules of his home university, he has to study in a foreign institution,. Being a very sociable young man, Sami told us how difficult was his way to Russia, shared his impressions about our country and time, which he spent in the Polytechnic Summer School. 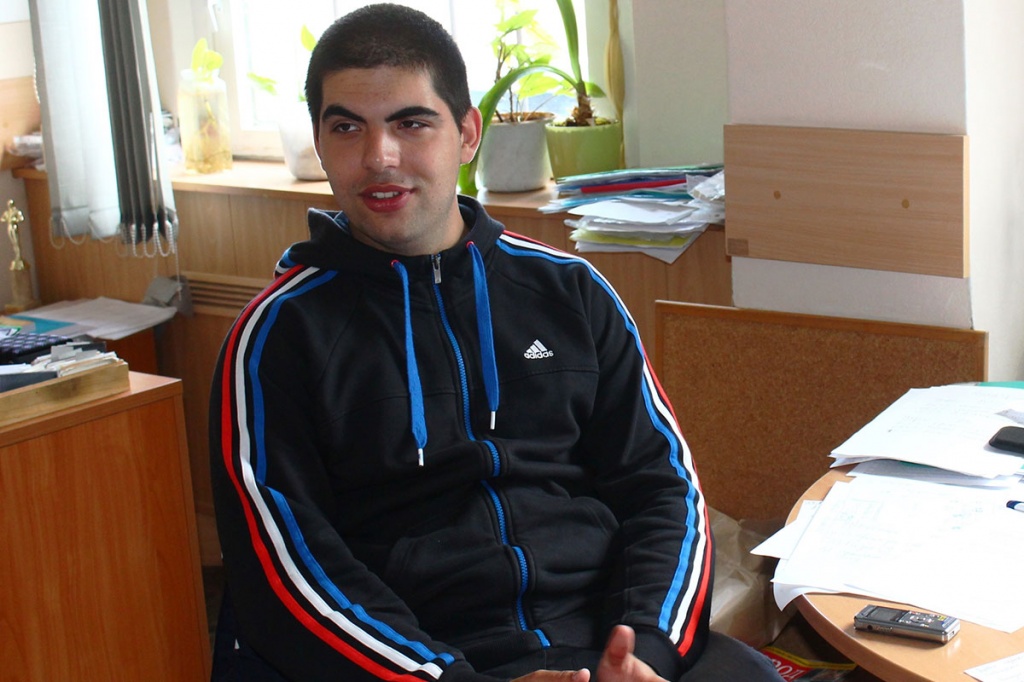 - Sami, is it your first experience of participation in the international Summer School? How did you find out about it?

- Yes, this is the first summer school I attended. I learned about it from the Internet. I immediately decided that it would be only Russia.

- Why did you decide so?

- My grandfathers are from Palestine. They studied in Russia, in Lomonosov Moscow State University. My father studied in Bulgaria, where he met my mother. The Bulgarian language is very similar to Russian, but I still did not understand Russian very well, so I wanted to learn more. It was my dream to visit your country, even though my parents were against it. I decided to follow in my grandfathers’ footsteps, and I succeed in achieving my dream.

- Which of the educational modules did you choose? What was the theme of your final project?

- I dedicated four hours a day to study Russian and two hours to learn about Russian business culture. My project was called "Justice and Law in Russia". I worked on it together with some students from France, Sweden and Switzerland. This research was about corruption.

- Unexpectedly. Why are you interested in this particular topic?

- (Laughing) I think this problem is important both for Bulgaria, of which I am a citizen, and for Russia.

- Oh, I was impressed with white nights and "razhodki" along Nevsky Prospect!

-Yes, a walk! “Razkhodki” is in Bulgarian. And also I remembered tours to Peterhof, Pushkin, and Kronstadt. At Georgetown University, where I study political sciences, I wrote an article about the Russian revolution and I knew about Kronstadt. So, I was even more interested to see it all with my own eyes.

- What was the most unusual you had to face here with?

- An American student answered this question that she was mostly surprised with cars parked on sidewalks and Russian old ladies, who were constantly asking her questions at bus stops and shops, but she did not know what to tell them.

- Oh, Russian old ladies are very memorable! The old ladies in the dormitory on Khlopina Street, 9 called me: “Comrade Bulgaria, come here!”. They constantly asked to translate something to other international students who didn’t understand Russian. I even stopped being surprised when they came into my room without knocking - we made very close friends! Cars on the sidewalks do not surprise me - in Bulgaria people park in the same way.

- What feelings do you have now as you are leaving?

- I am very grateful to all the organizers of the Summer School. I have improved my Russian a lot. I do not want to leave, I want to stay.