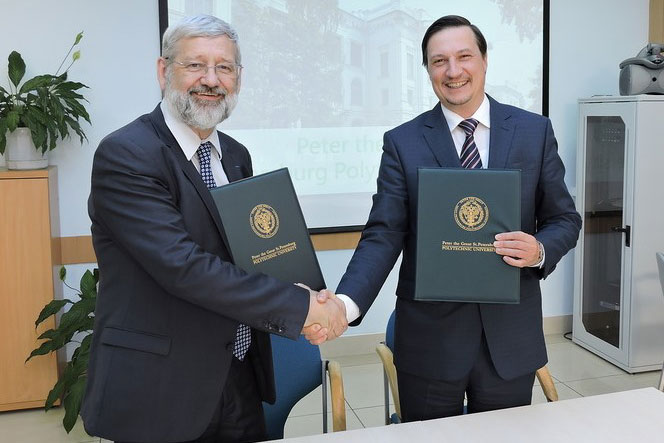 During the working visit, the Supply Center for International Activity of SPbPU hosted negotiations on cooperation and signing the agreement with Albi Higher National School of Mines on opening in September, 2016 international double diploma master's programs for the following fields of education: power engineering, civil engineering, telecommunications, and so on.

Dmitry G. Arseniev noted that development of relations with leading French universities, organizations, and companies is one of the priorities of SPbPU educational policy.

"The agreement with Albi Higher National School of Mines is a new step in the development of international cooperation with leading French universities. We actively develop academic mobility and joint educational projects with our French partners. Within the last 5 years, about 80 French students participated in academic mobility programs of SPbPU. Within the same period of time, more than 40 students of our university were sent to study in France. Professors from the leading French universities give lectures at our university," – said the Vice-Rector for International Relations.

It should be noted that during 2015/2016 academic year, a student from Albi Higher National School of Mines studied at the Institute of Physics, Nanotechnology and Telecommunications. Another student has already enrolled in a master's program for 2016/2017 and 2017/2018 academic years within the double diploma master's program in power engineering. 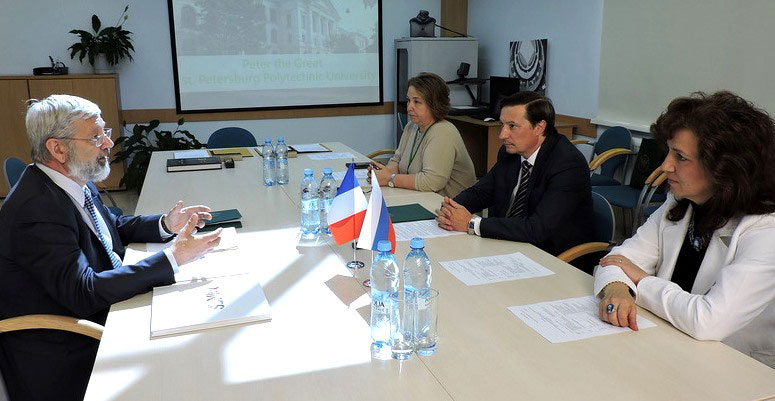 The negotiators are sure that double diploma programs will be popular with Russian and French students. It is planned that four or five student from each university will participate in these programs every year.

"Professions connected with the development of the world's energy complex and with introducing innovative technologies are in high demand among students from different countries. International educational programs of the stated subject are successfully implemented at the Institute of Energy and Transport Systems and international students regularly participate in Winter and Summer Schools of SPbPU," – stated Deputy Director for international activity of IETS E.A. SOKOLOVA.

In his turn, Rector Alain Schmitt talked about the activity of Albi Higher National School of Mines, having noted significant projects in power engineering, including research devoted to issues of nuclear security and maintaining favorable environmental conditions.

"34% of international students study in our higher school, representing 60 countries. We have more than 100 partners. I am sure of interesting and continuous cooperation with SPbPU. Dynamic development of joint research, student and professional exchange will strengthen our positions on a global level," – said Rector of Albi Higher National School of Mines Alain SCHMITT.

Within the framework of the official visit to the Polytechnic University, Alain Schmitt also paid a visit to the Institute of Advanced Manufacturing Technologies and the Institute of Civil Engineering, he discussed opportunities of future joint scientific development and prospective areas of cooperation with SPbPU's leading professors and scientists.