Foreign Friends Gathered at the Institute of Metallurgy, Mechanical Engineering and Transport, SPbPU

To unite students, to create a friendly informal atmosphere, to help foreign students of the Polytechnic University to get to know each other better – those were the goals set at the meeting that took place on 20th October at the Institute of Metallurgy, Mechanical Engineering and Transport, SPbPU (IMMET).

The meeting was attended not only by foreign students, but also by lecturers and representatives of the University administration. The celebration was especially exciting and memorable because many students were carrying the national flags of their countries and they were wearing national costumes. The guests were welcomed by the Black Bear, the symbol of the Sports Club “Polytechnic”. The Bear invited the guests to take their seats at the generously laid table with not only traditional Russian pies, but also Oriental desserts and many other treats. 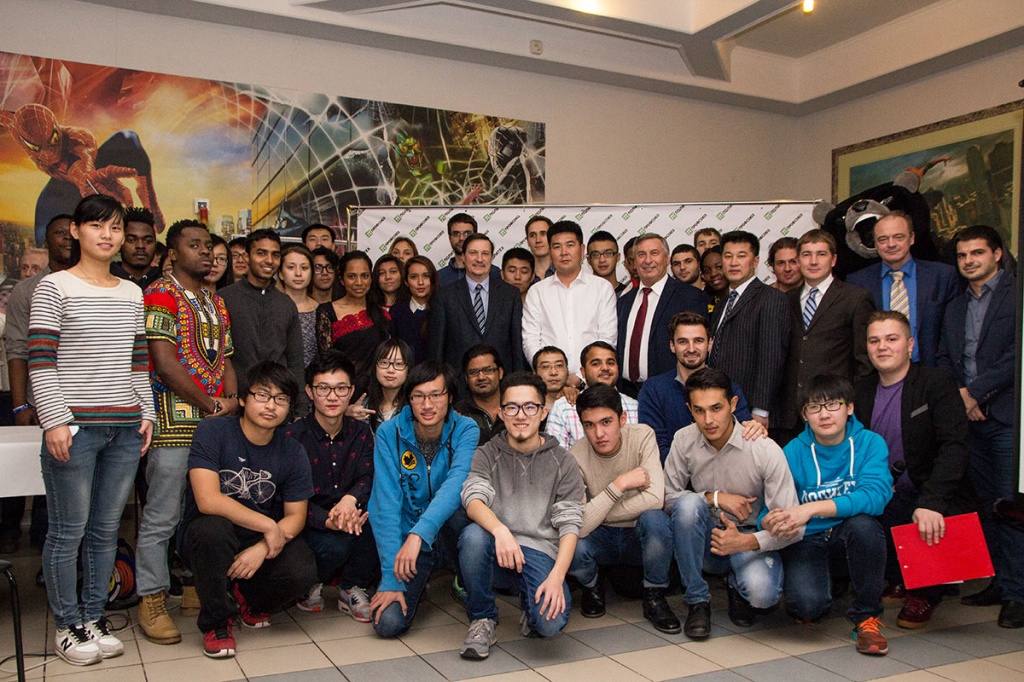 In his welcome speech D.G. Arseniev, Vice-Rector for International Relations, emphasized the fact that having chosen the Polytechnic University, international students have discovered a new world and an opportunity to live and work comfortably in it in the future. “You have arrived to study in one of the most beautiful cities in the world and the leading engineering university in Russia. We do our best to help each of you to become a professional in a certain field of knowledge and also to create a friendly atmosphere and favorable conditions. We hope that you will find good friends at our University and have top marks. I congratulate you on a new stage of your life and wish you all the best!” said D.G. Arseniev.

The second month of their new student life coming to end, the first-year students from foreign countries have become members of the Polytechnic “family”, they have familiarized themselves with the statute and regulations of the University, and adapted to the new environment and requirements. The positive atmosphere created at the Polytechnic University owing to the efforts of our students and lecturers helps them a lot. A.A. Popovich, Director of IMMET also welcomed the foreign students. Speaking about the student brotherhood, he quoted Daniel Webster, a famous orator and a politician of the 19th century, “Together people can do things they cannot do alone. Uniting minds and hands, concentrating their power they can become practically all-mighty”. A.A. Popovich expressed a hope that such international meetings will become another good tradition of the University. 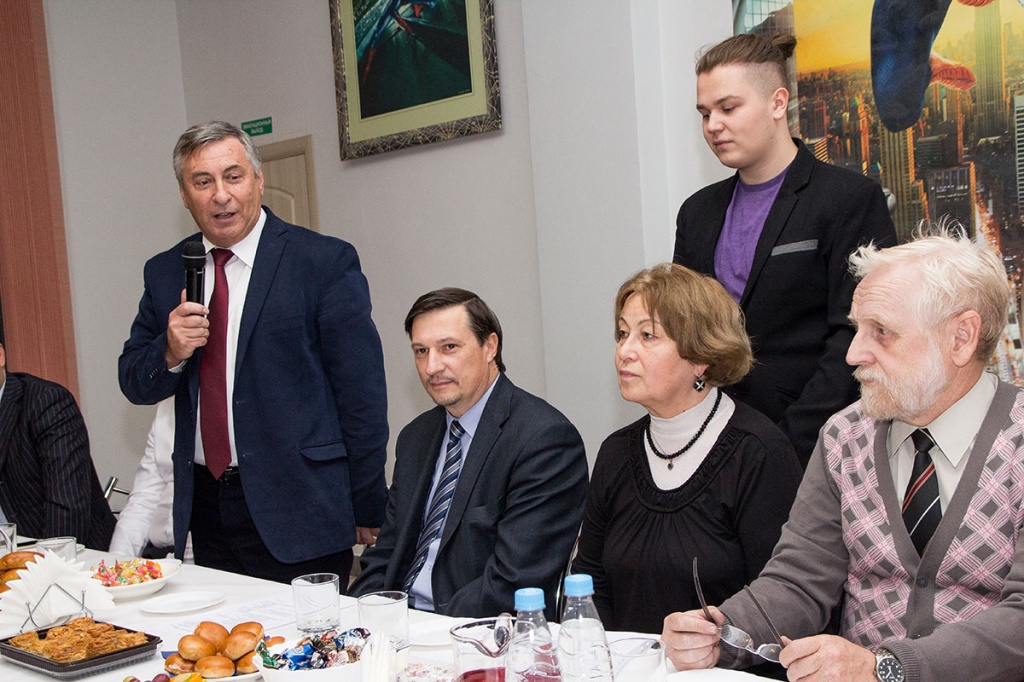 A.V. Mosalova, Deputy Director for International Students Projects of IMMET, also congratulated the students. Recalling her studies in Germany and the difficulties, she had when she found herself in a foreign country she said, “I can understand your worries very well, but I want to say that everything is going to be all right! Our University is student-friendly; we are kind to people of any nationality and religion. We try to take into account the wishes and expectations of foreign students. I am sure that you will remember your time at the Polytechnic University for the rest of your lives and that these will be only good memories!”

Every international student told a little story prepared in advance saying why they had chose to study at the Polytechnic University. First-year students had an opportunity to demonstrate their talents, namely a good command of the Russian language, acting skills, sense of humor and, of course, dancing and singing. We are happy to say that almost everyone knows the lyrics of the song “Moscow Nights” which has been “the Russian hymn” of the foreign students for many years. Students from Central Asia, China, Middle East, Latin America and Africa made unusual presentations of their countries and regions. The performance of Atonfac Donfac, a student from Gabon, was especially memorable; he sang his country’s anthem devotedly and without accompaniment.

It turns out that the Polytechnic University is well-known in many countries. The governments of these countries would like their students to study at SPbPU. The students are not afraid of rainy weather in Saint Petersburg and they are looking forward to a real Russian winter. “I am going to make a snowman, slide and play snowballs. Is it all possible in Africa?” asked Klara Diatou, a student from Angola, smiling. 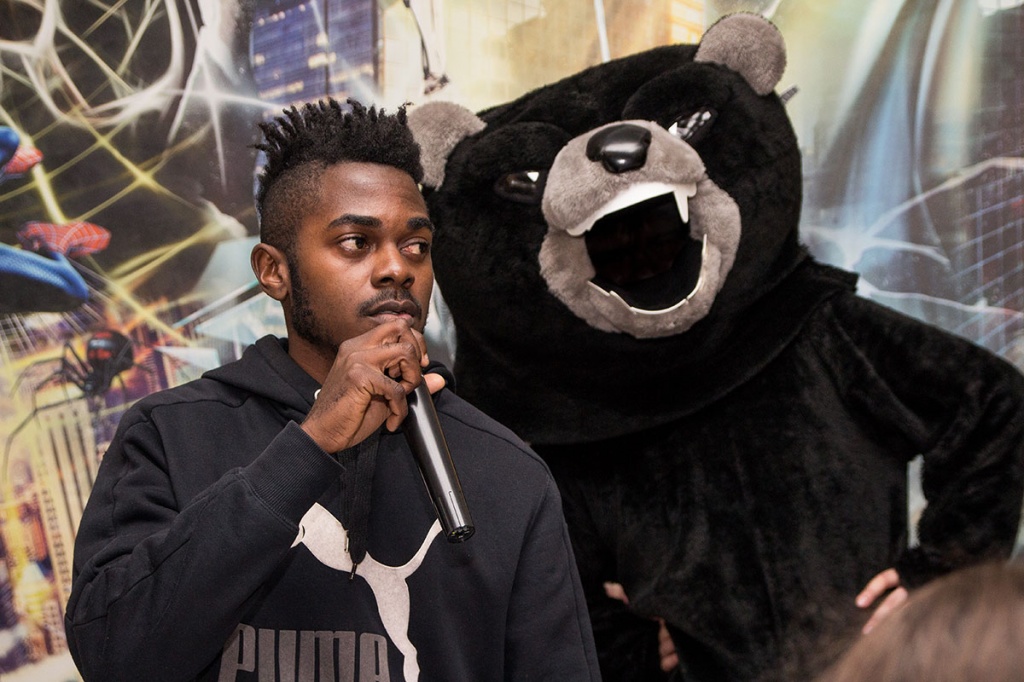 All foreign students were given the badges of the Polytechnic University. A photo of everyone present was taken at the end of the celebration. Kornelius Spree, a German student of one of the Joint Degree Programs run in partnership with the Brandenburg University of Technology, managed to make the most vivid description of the event: “My future profession is connected with technologies of materials processing and I want to work for multinational companies. The Polytechnic University is a huge international university. Today I realized that I have a lot of friends. I am sure that we are going to keep in touch years later. I thank the organizers for this wonderful event that I will keep in my heart forever”.