The Information Center of SPbPU in Madrid is four years old!

Today, April 19, the Information Center of Polytechnic University of Madrid celebrates its 4th anniversary. Since 2017, the Center has been coordinating cooperation between SPbPU and universities in Ibero-America, holding partnership events, roundtables, and seminars. 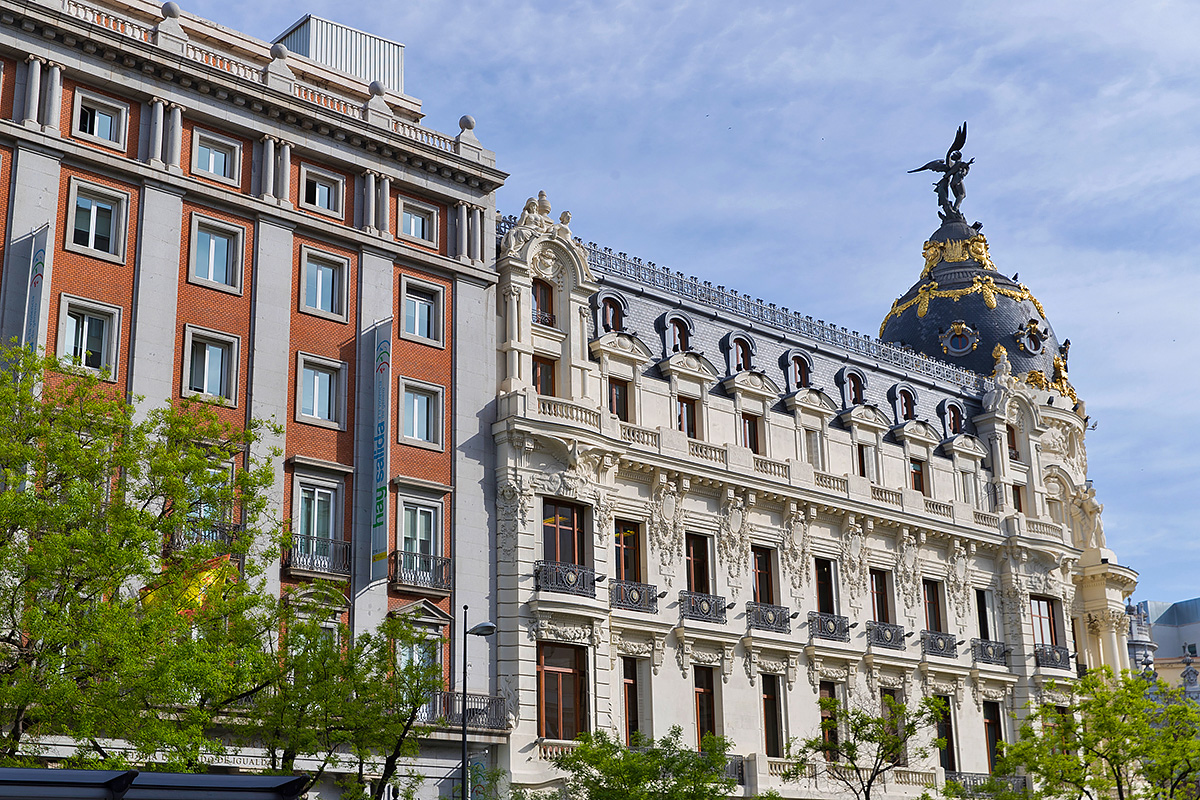 “The SPbPU InfoCenter in Madrid is undoubtedly the core of cooperation with the Ibero-American community. Thanks to its opening, Russian-Spanish scientific and educational cooperation has acquired new dimensions. The SPbPU InfoCenter in Madrid not only solves such important tasks as increasing the international reputation, forming a favorable image of the University, and intensifying partnerships in the Ibero-American space, but has also become the key link that connects the Polytechnic University with universities and companies in Ibero-America.  Spanish is the second most widely spoken language in the world after Chinese, and close cooperation with the Spanish system of higher education plays a significant role in promoting SPbPU’s brand in the global educational space,” said Professor Dmitry ARSENIEV, Vice-Rector for International Affairs at SPbPU. 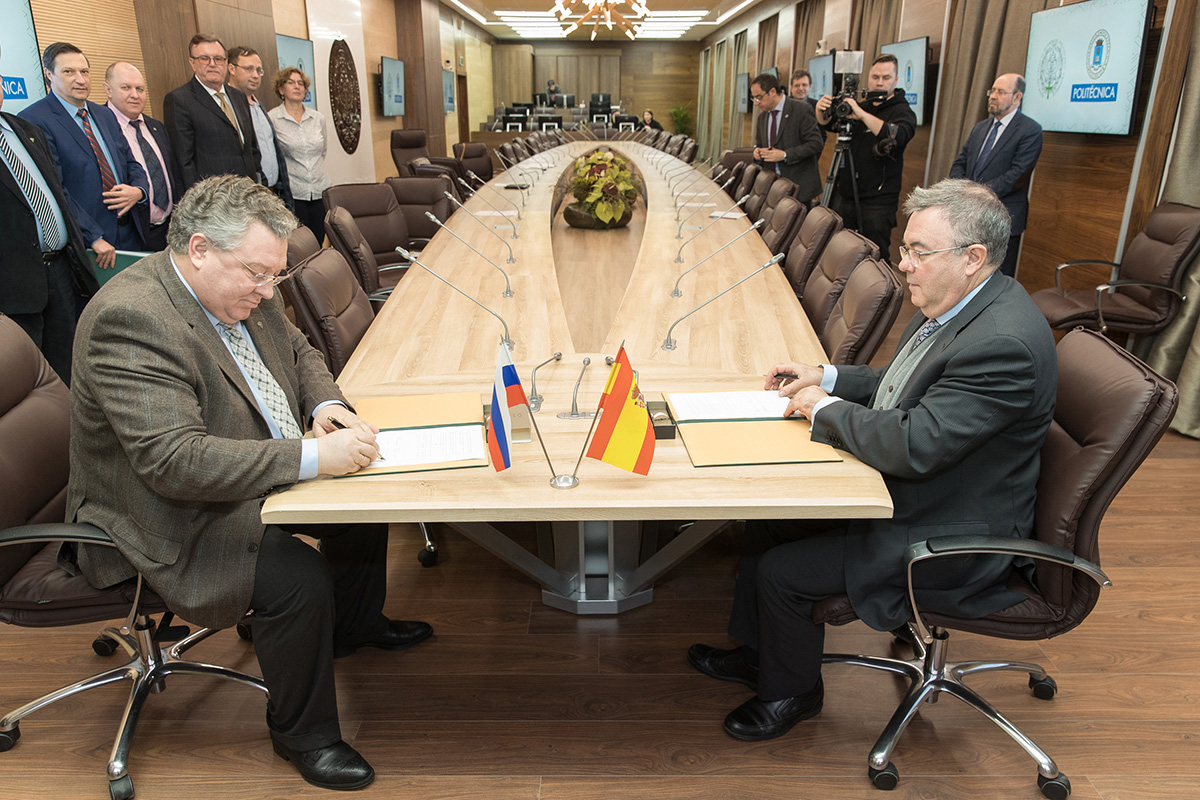 In 4 years, the SPbPU Information Center in Madrid has demonstrated strong growth and worthy results. Thanks to a clear and comprehensive strategy, Polytechnic University has established a strategic partnership with one of the largest universities in Spain - the Technical University of Madrid, and more than 15 universities in the Ibero-American region have joined its partnership network. Every year more than 150 students and more than 15 visiting professors from Ibero-America come to Polytech, many of them on a permanent basis to give lectures at the International Polytechnic Summer School. Every year more than 5 large-scale international events are held together with the Ibero-American partners. Since its opening, the SPbPU Information Center has supported such major cultural, educational, and scientific events as Days of SPbPU in Spain, the Festival “Open your heart to Russia”, scientific and educational international events “Polytech: Science, Technology and Creativity”, “Polytech: Business, Languages and Culture”, “Days of Polytech in Brazil”, Russian-Spanish language week, etc. 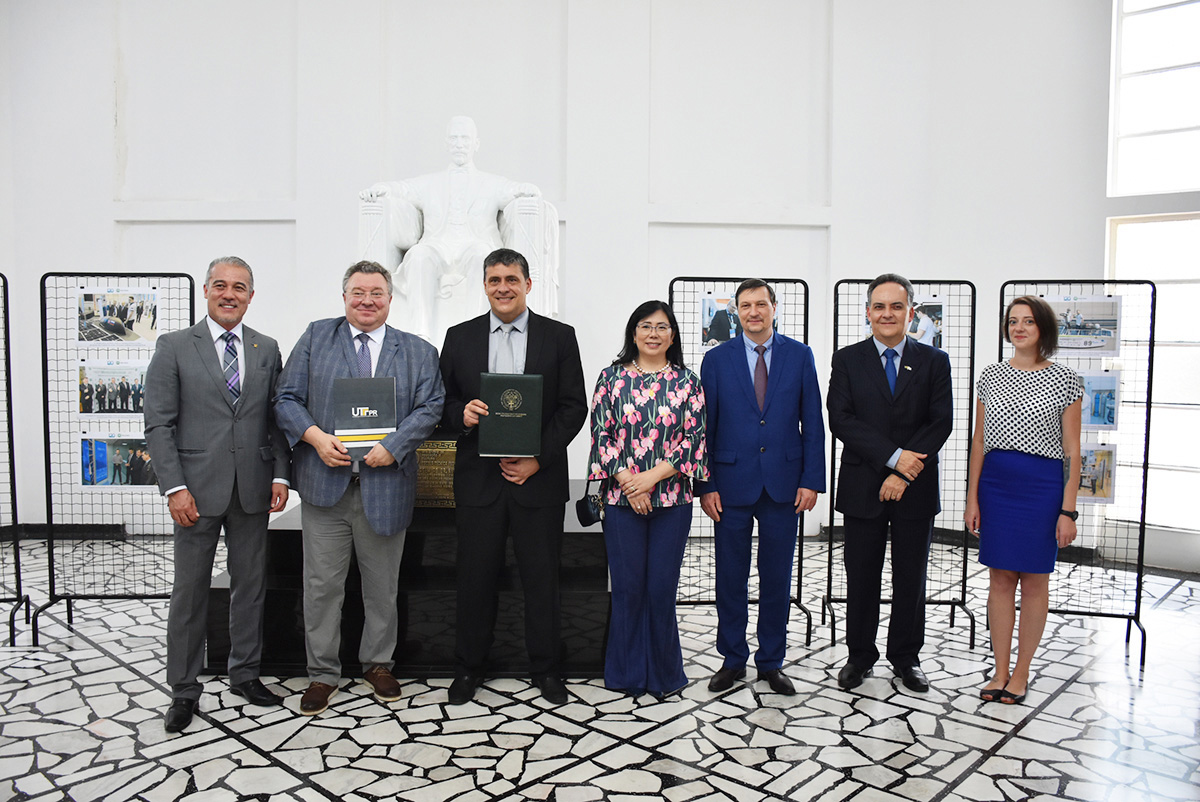 Collaboration between Polytechnic University and the industrial sector in Spain and Latin America has intensified significantly. Thanks to the work of the InfoCenter in Madrid, SPbPU has entered into a partnership with the Spanish Company Talgo, manufacturer of high-speed electric trains. We are actively negotiating cooperation with Spanish and Brazilian industrial companies working in such areas of smart agriculture as feed additives, digitalization of the agricultural sector, and ecology of agriculture. 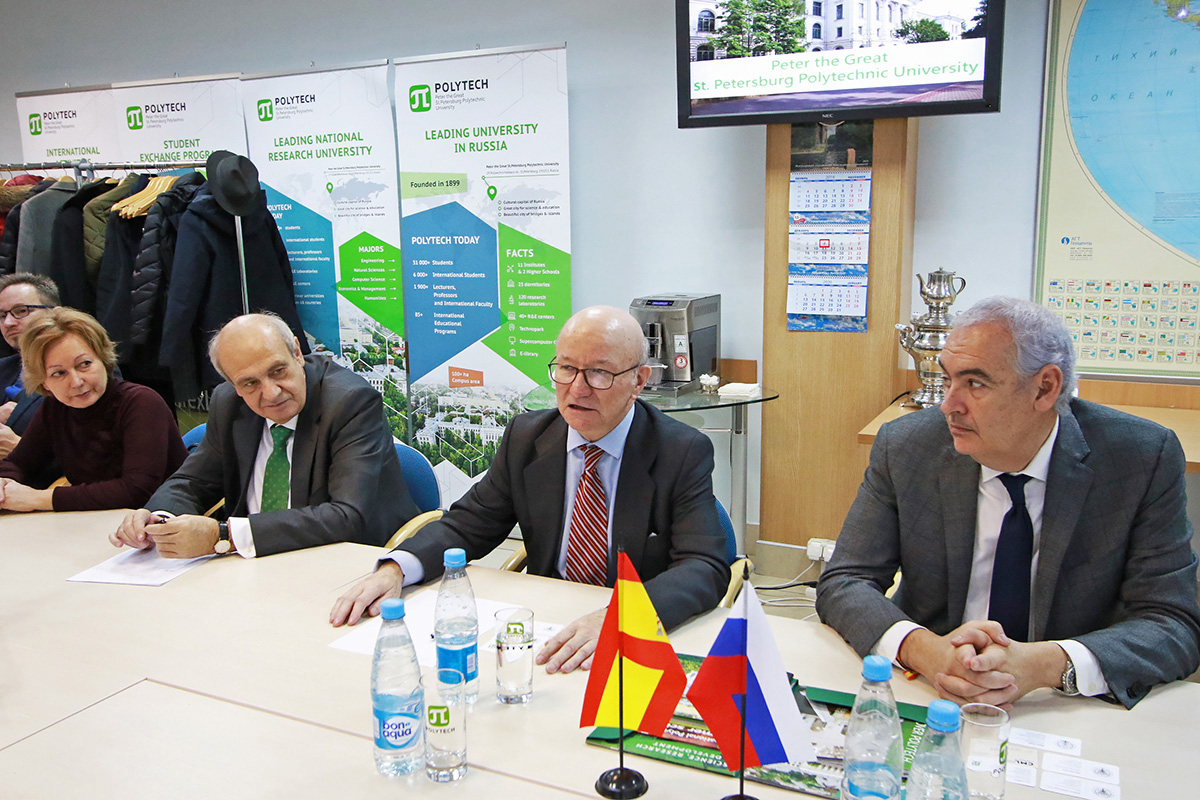 Even during the coronavirus pandemic, the work of the InfoCenter did not come to a halt - on the contrary, the coordinators of Russian-Spanish cooperation managed to find new points of growth and improve many indicators. Thus, the  2nd Russian-Spanish Week of Language and Culture, which took place online, became one of the largest cultural and educational events in Russia and Spain in 2020 and attracted almost 800 participants from 33 countries. Besides, the Technical University of Madrid and the University of Cádiz joined the International Students Project Marathon a unique project implemented by Polytechnic University since 2019. 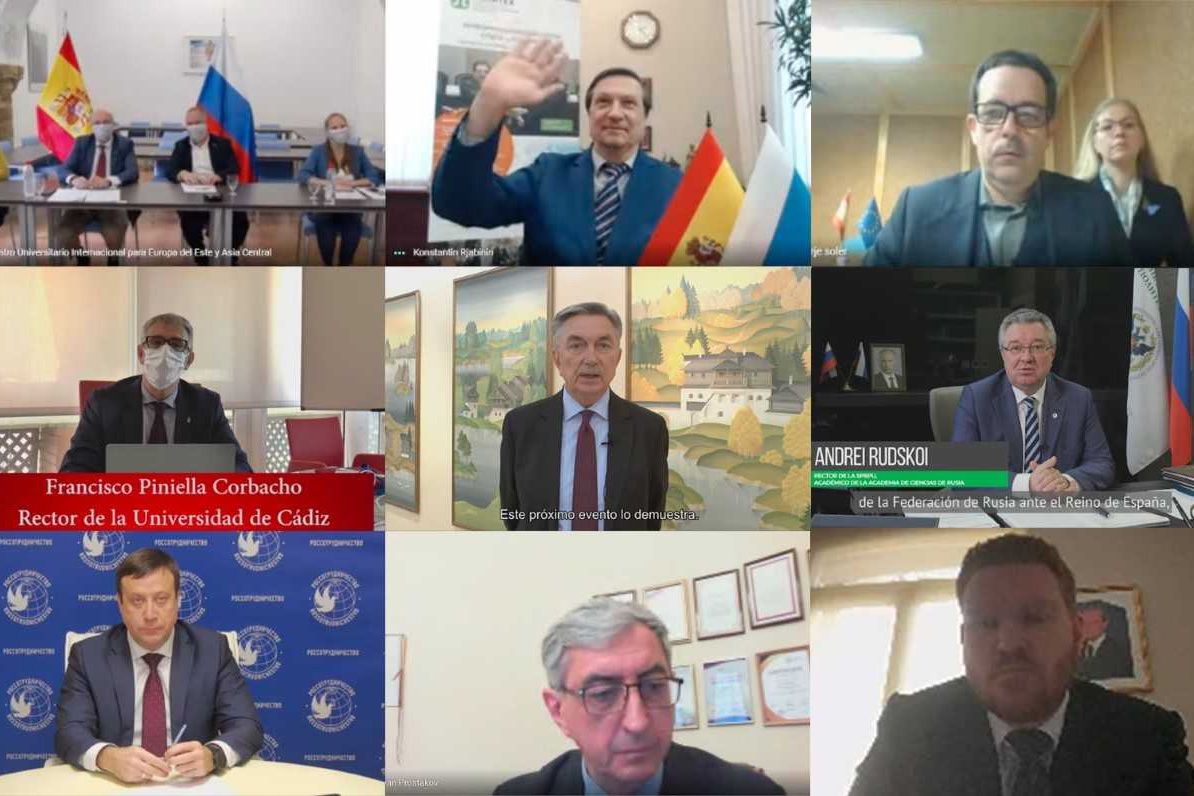 In general, SPbPU educational programs are in demand among Spanish partners. This is largely due to the fact that the SPbPU Information Center in Madrid works on the basis of the ETSII of the Technical University of Madrid. Curricula for launching a network Master’s degree program in the field of energy with the Technical University of Madrid are already being coordinated. The plans include the launch of joint network educational programs in other areas, as well as the launch of joint postgraduate programs with the participation of partners from Spain and Ibero-America. Polytechnic University continues working on joint summer school modules with Spanish partners and plans to launch joint summer school courses in Russian and Spanish. Most of the joint educational programs are carried out with the participation of foreign professors, such as professor Luis CONDE, professor Emilio MINGUEZ TORRES, professor Jordi CARRABINA, and others. 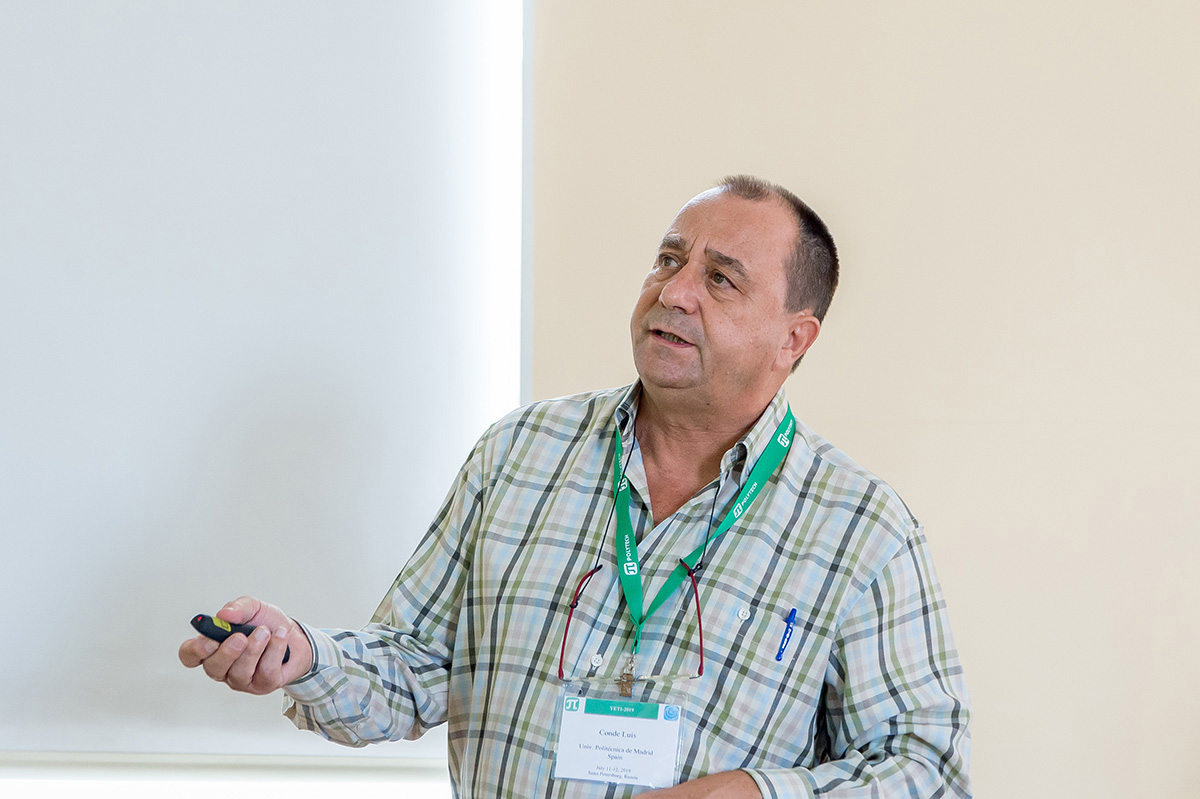 It is safe to say that the relationship between Peter the Great St. Petersburg Polytechnic University and Spanish institutions of higher education has reached a new level. The SPbPU InfoCenter in Madrid serves as a platform for direct partnership between the Polytechnic and representatives of industrial companies, scientific organizations, and universities from Spain and the global Ibero-American space. With the launch of the Spanish version of the website and the Facebook group, SPbPU has managed to form a Spanish-speaking information space. Thanks to the possibility of direct interaction with the numerous Spanish-speaking scientific and educational communities, St. Petersburg Polytechnic has gained access to new priority regions - countries of Central and South America, including the main BRICS partner, Brazil. During the last year, SPbPU signed more than 10 agreements with leading universities of Mexico, Argentina, Brazil, Cuba, Portugal, and Spain, more than 20 scientific articles were published by SPbPU professors in co-authorship with scientists from Ibero-America, 11 foreign guest professors from Ibero-America concluded labor agreements and worked at SPbPU.

“The opening of the SPbPU Information Center at our Technical University of Madrid is a very important event and a big step forward in strengthening relations between our universities. I would like to note that this is the first time that such a center, which carries out informational work under the leadership of a university of the Russian Federation, has been opened at a Spanish university. The implementation of this project takes a great deal of credit for the long and serious work of the entire team of SPbPU international services. What seemed only a distant dream yesterday, is now a reality. The Information Center helps not only to bring our universities closer but also our cultures and countries,” said Dolores HERRERO, Coordinator of UPM cooperation with Russian partners.