The central event for all participants of the International Polytechnic Week (IPW) was the plenary session. Over the years, it has become a platform for representatives from universities and companies from all over the world to discuss strategies for developing cooperation, best practices and achievements over the year. 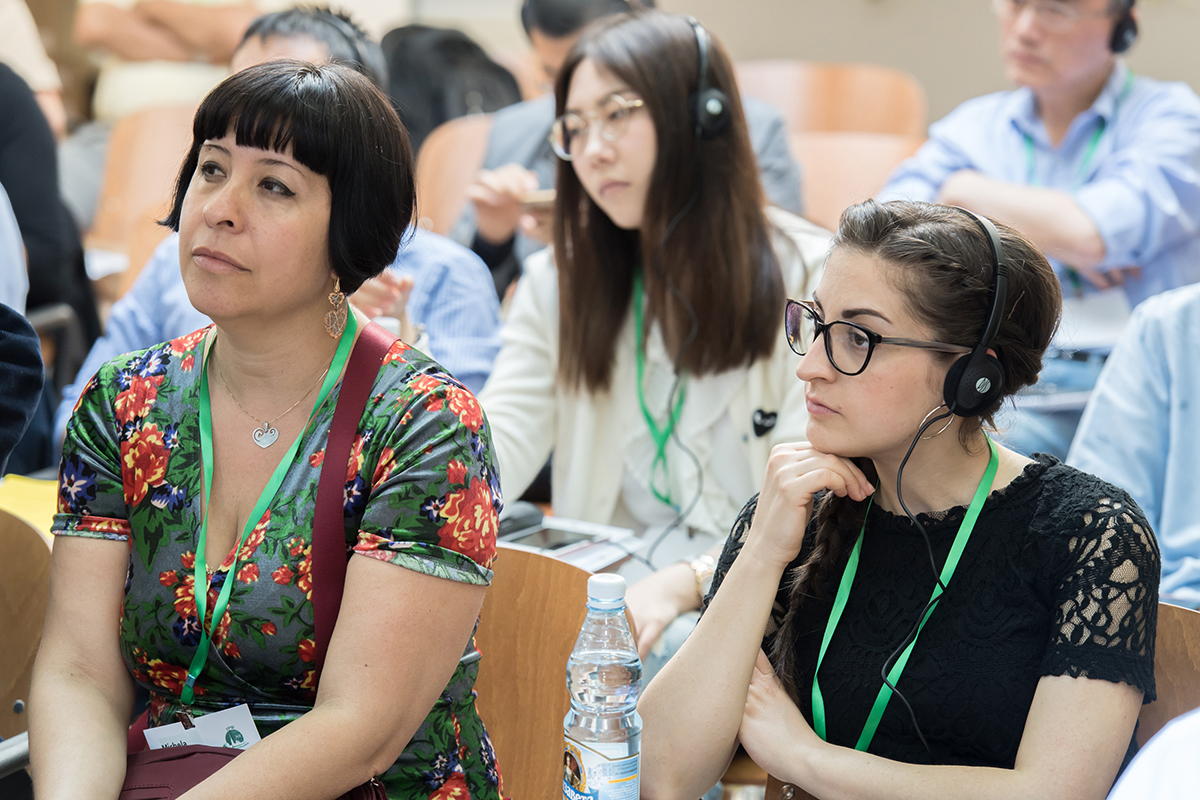 The event was opened by SPbPU Vice-Rector for International Relations D.G. ARSENYEV. In his welcoming speech he underlined that the International Polytechnic Week is a good and long tradition of the Polytechnic University: “Over the years, SPbPU has created a platform for communication and cooperation for foreign partners and colleagues from around the world. During the week we will all have to get acquainted with best practices, discuss the prospects for joint cooperation and set new goals and objectives. In addition, within the framework of the Week participants are waiting for student competitions and events, as well as the possibility of establishing and creating new research groups comprising scientists from different universities and countries. Over the last year we have achieved significant success in international activities, and we have something to share and what to offer our foreign partners. I wish all the participants of the International Polytechnic Week-2018 productive negotiations, exciting discussions and promising projects. Welcome!”. 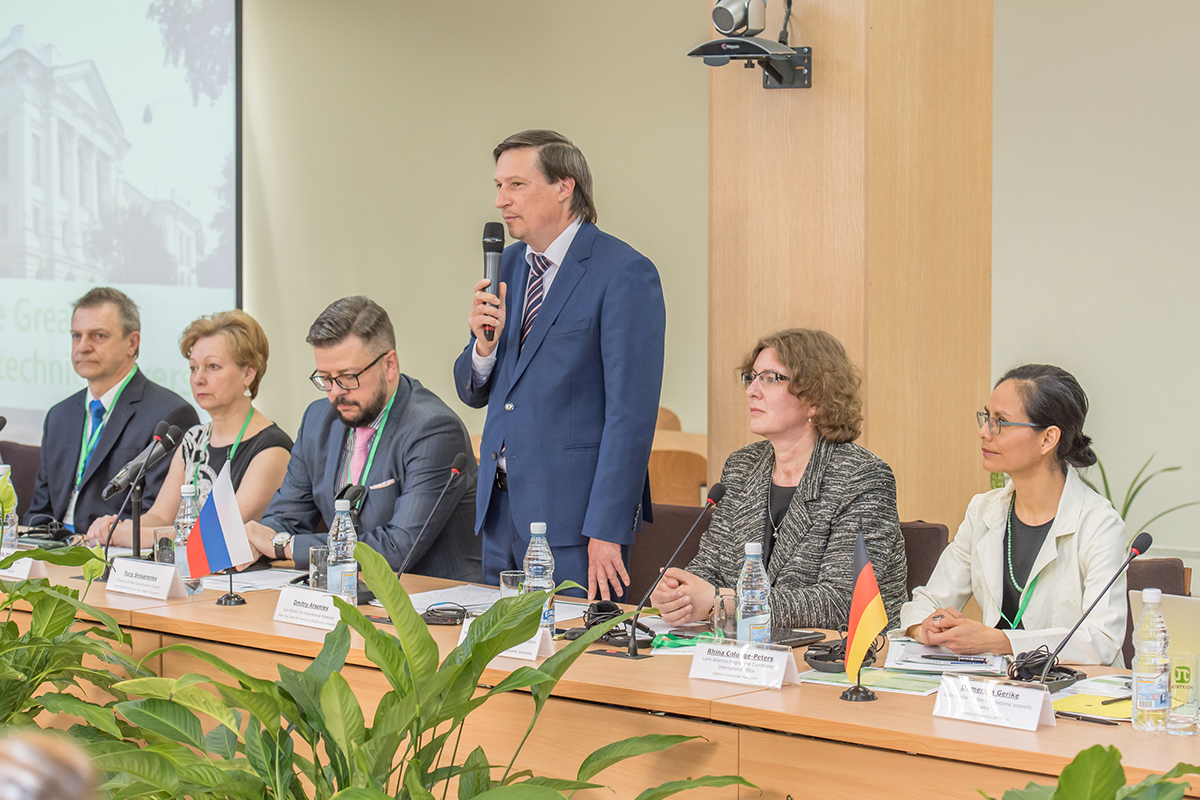 On behalf of St. Petersburg Administration the representative of the Committee for Science and Higher School, Director of the Coordination Center of International Scientific, Technical and Educational Programs Y.A. SNISARENKO welcomed the participants: “For St. Petersburg SPbPU experience in international work and cooperation is extremely important. It must be said that this experience inspires many professionals working in the public sphere and in other universities. We can say without doubt that SPbPU is a kind of flagship in international activities in the field of polytechnic education and research”. 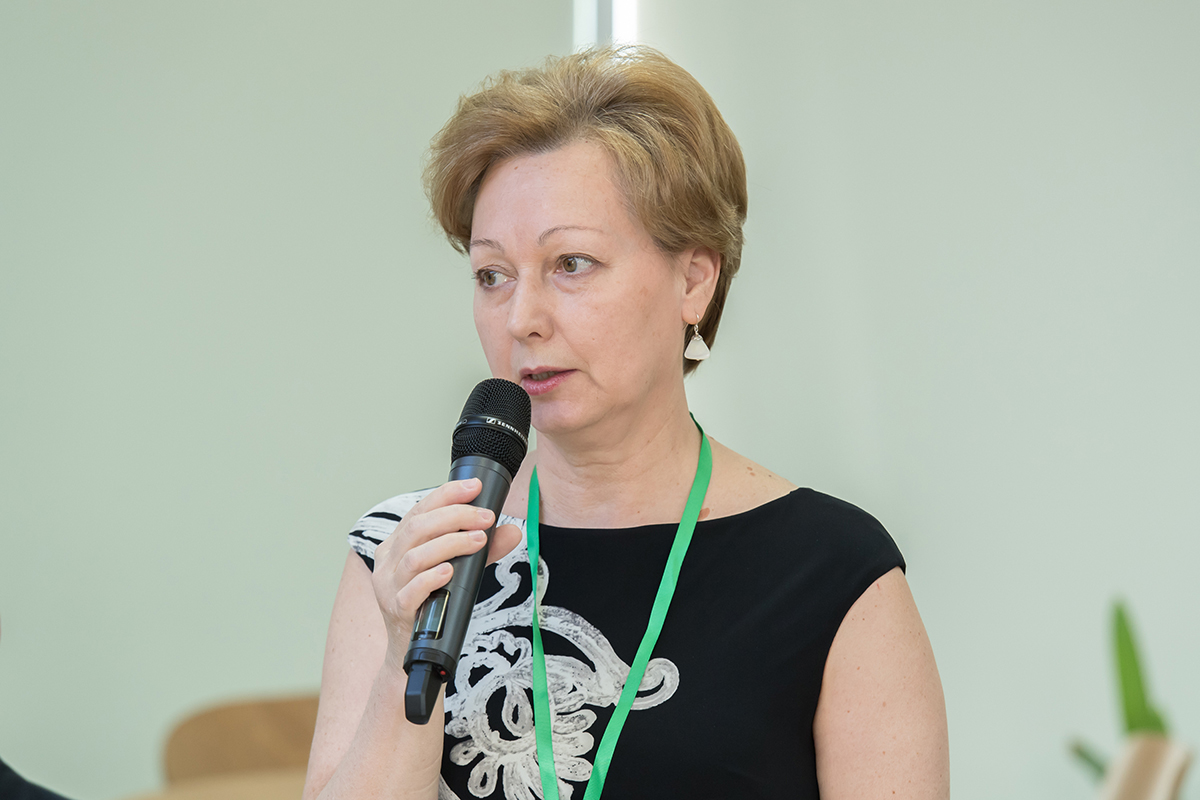 As you remember IPW-2018 is aimed at developing partnerships with the countries of the Ibero-American community, and moreover six universities from Spanish-speaking countries were represented at the International Polytechnic Week. In addition to the traditionally expected Spain and Portugal, colleagues from Ecuador took part in the IPW for the first time. Welcoming the audience on behalf of the Ibero-American community the coordinator of the Technical University of Madrid responsible for cooperation with Russia, Ms. Dolores Herrero, noted the importance of holding events such as the IPW, since they contribute to the expansion of international inter-university cooperation and strengthening of existing ties. 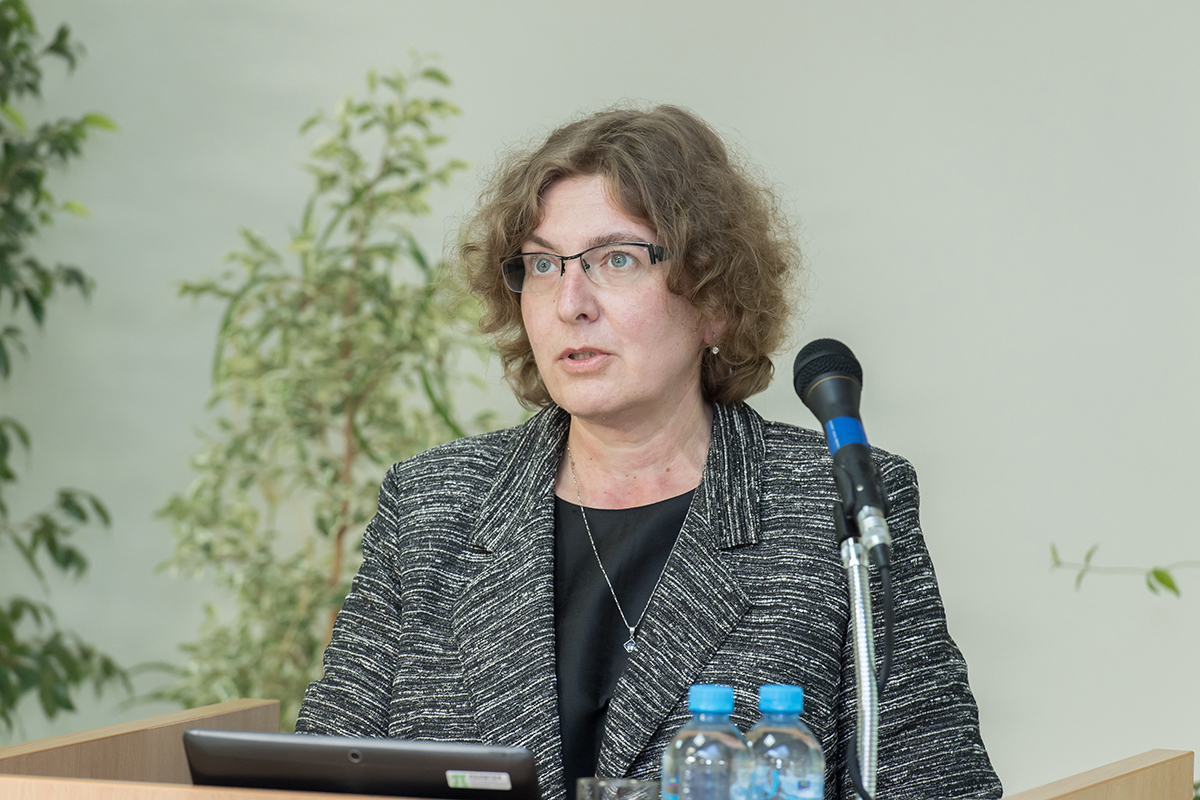 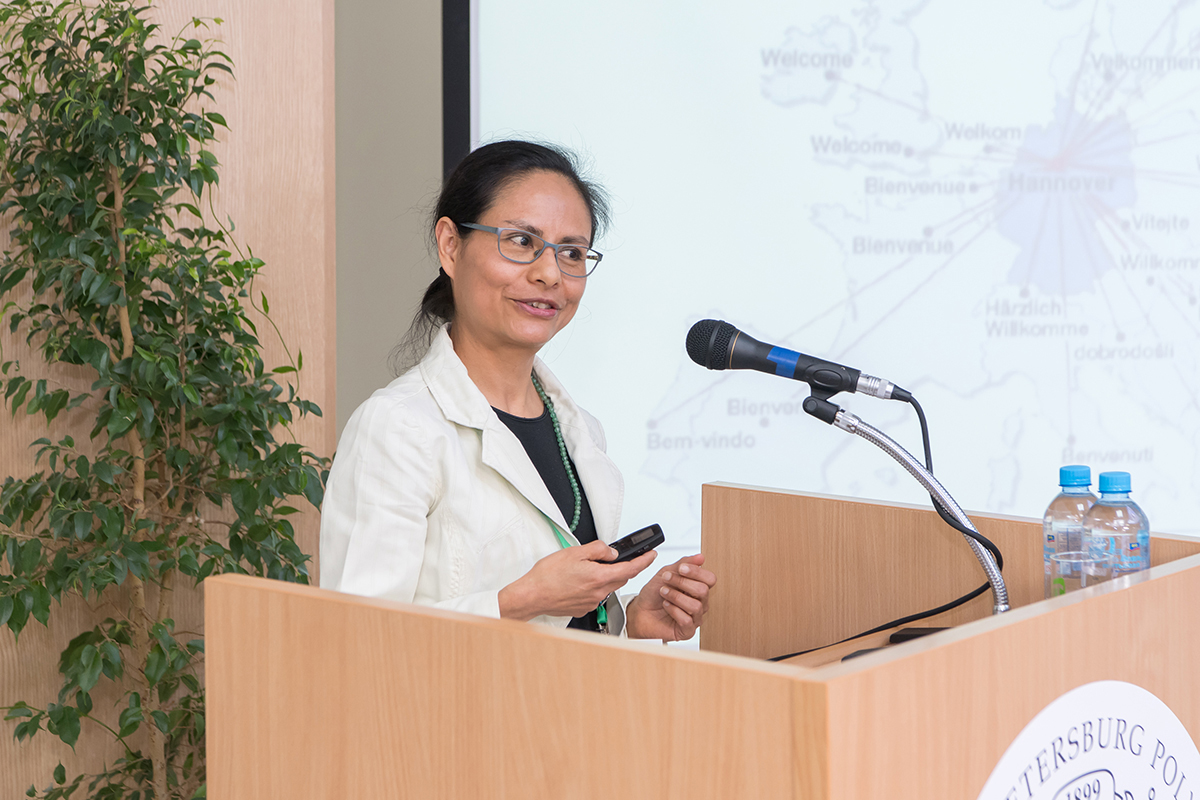 A series of speeches by the participants of the plenary session began with the report of the Head of the SPbPU International Academic Cooperation Department E.A. BELYAEVSKAYA “Focus of IPW2018: Foundation of Successful Partnership”. E.A. Belyaevskaya delivered a presentation about three “pillars” that are the basis for sustainable cooperation: the mutual scientific interest of professors, support funding programs and a common information space. The importance of using special inter-university partnership support programs was specially mentioned. As an example of successful collaboration the DAAD Strategic Partnerships program was presented. Thanks to this program SPbPU and Leibniz Universität Hannover have been implementing partnership with additional support already for six years. The successful experience and strategies that SPbPU used to create a network of representative offices in China and Spain caused great attention of the audience. Polytechnic University representatives made a proposal with an idea of creating a single information space with partner universities. 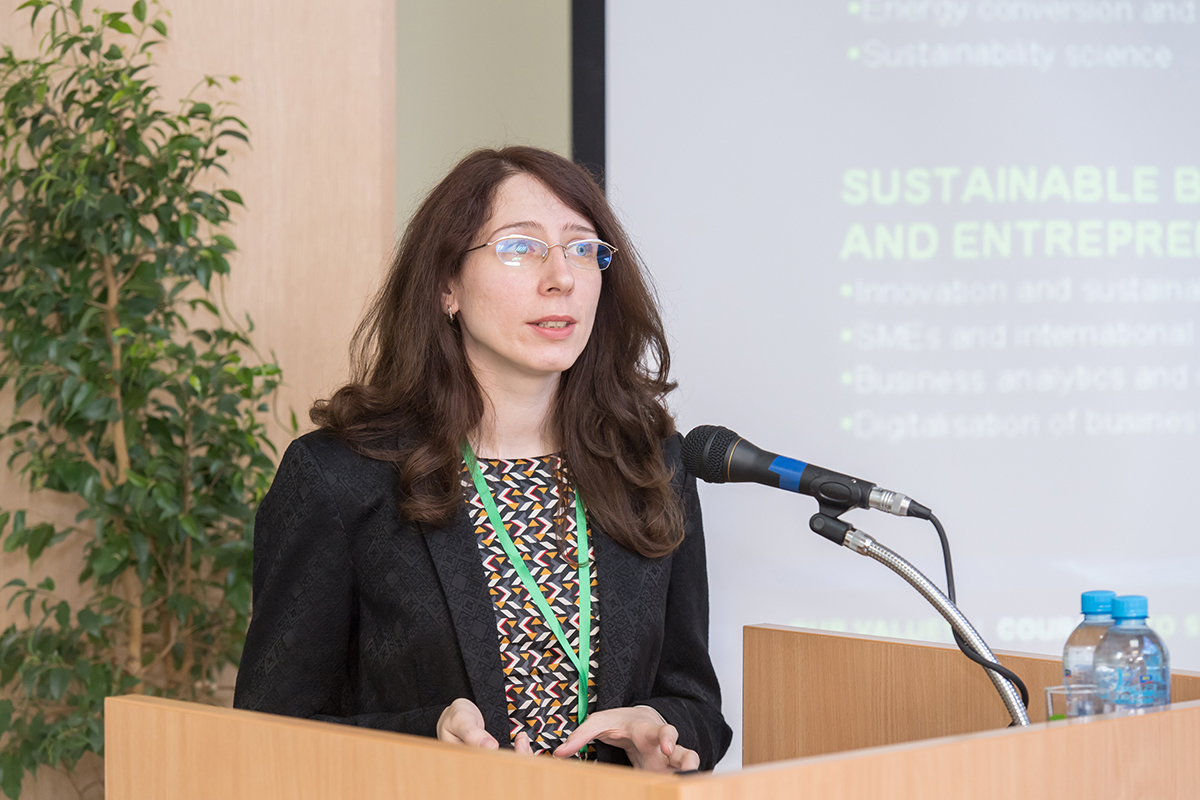 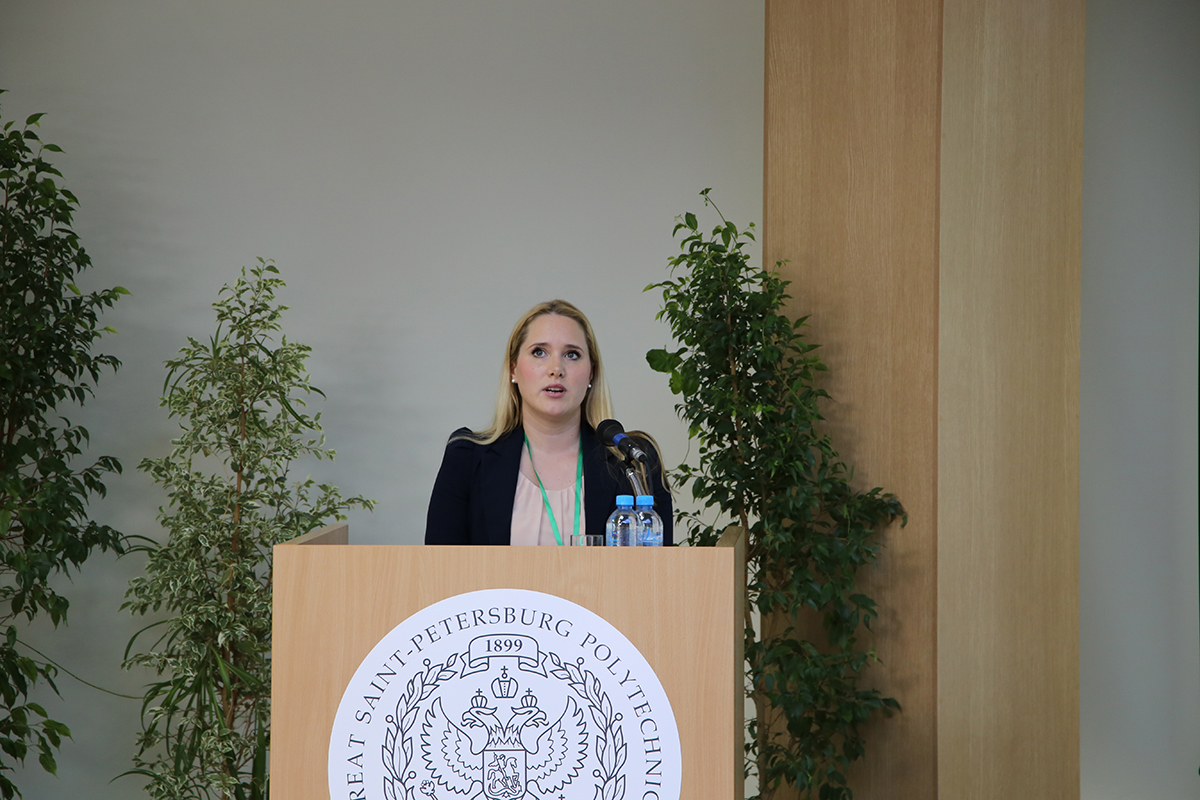 The following report was titled “Strategic Partnership between POLYTECH and LUH: A successful cooperation at all levels!”. It was presented by Rhina Colunge-Peters, Latin America Programs Coordinator representative of the International Office of Leibniz Universität Hannover (Germany). She stressed that cooperation with the German Academic Exchange Service (DAAD) gives both universities an opportunity to train specialists in the implementation of joint research activities that are in demand at the world-class level.

The representative of the International Office of Lappeenranta Universty of Technology (LUT) Victoria KOMPANETS in the report “SPbPU and LUT strategic partnership support: programmes for cross-border cooperation” noted the crucial role of regional programs to support direct interaction of research groups. The report mentioned such programs as CBC ENI, Interreg and others. SPbPU and LUT take part in such programs and have already implemented several large-scale projects. Ms. KOMPANETS illustrated the possibility of broad interaction between countries with an example of the large-scale international project AREA21 “Baltic Smart City Areas for the 21st Century”.

“How to establish Strategic Partnerships” – this is how Domenica Gerike, coordinator for the international scientific cooperation of the Technical University of Berlin, titled her report. She specifically underlined the participation of universities in the association “Cooperation Platform of Metropolitan Technical Universities of Central and Eastern Europe”. Within the framework of the program joint educational programs are being implemented for Master Degree students in the field of engineering. In addition, both universities are members of the World Cities World Class Universities Network (WC2). 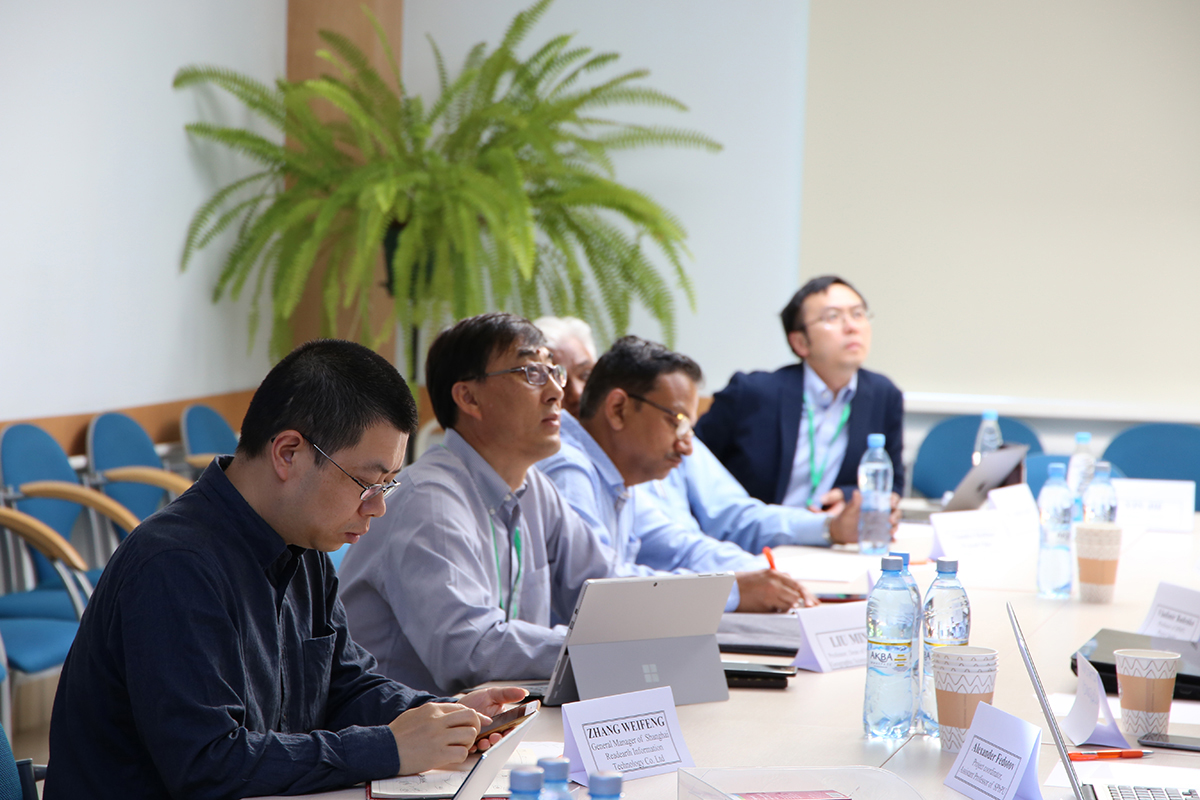 Cooperation day continued with a seminar devoted to the development of cooperation within the framework of the European ERASMUS+ programs. A.A. MURAVYEVA a representative of the National ERASMUS+ Office in the Russian Federation shared an overview of the opportunities provided by the ERASMUS + program for European and non-European partners. In addition to the well-known Erasmus Mobility program the possibilities of creating international consortia in the framework of the Erasmus+ Capacity Building and Erasmus Strategic Partnership programs were discussed. Representatives of the National ERASMUS+ Office in the Russian Federation noted a significant increase in interested students, faculty and administrative staff in participating in ERASMUS+. Also, the Deputy Head of the International Education Office A.L. Mazina and coordinators of SPbPU international educational projects told about the Polytech’s experience in implementing 6 three-year long ERASMUS + projects to improve the potential of higher education.

The day ended with a colorful boat trip along the rivers and canals of St. Petersburg. All participants of the International Polytechnic Week-2018 appreciated the trip very much and got unforgettable experience. 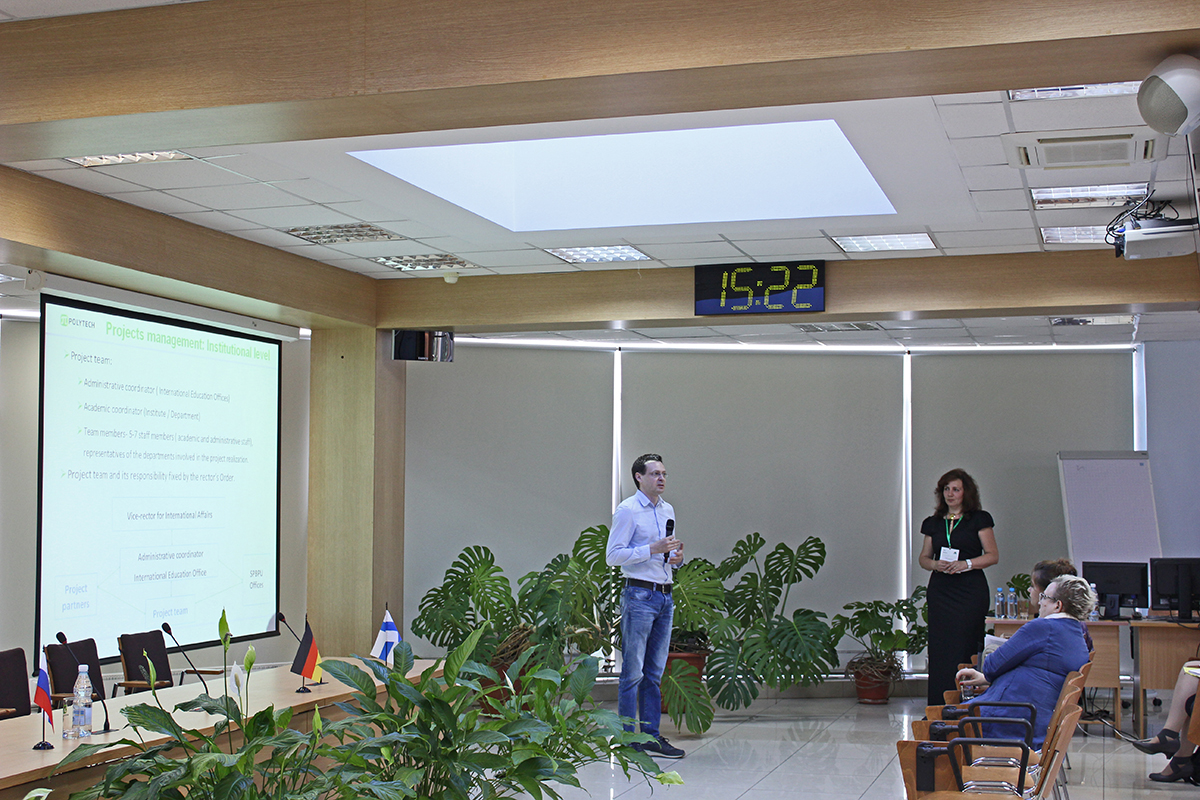