On February 16, 2018, the leading expert of the Center for Strategic Studies, The Hague (the Netherlands), Mr. Stephan De Spiegeleire delivered a lecture to the students of Computer Science and Technology (ICST SPbPU). The lecture was dedicated to the researches in the sphere of artificial intelligence. At the beginning of his narration, Mr. Spiegeleire stressed that by nowadays, researches in this sphere have made a big step forward. As an example, the specialist brought up the gou, an ancient logical tabletop game with a deep strategic content. It had emerged several thousand years ago. While the rules of the game are quite simple, its complexity is stipulated by the endless number of possible variants; as Mr. Spiegeleire pointed out, there are more of those than of atoms in the entire Universe. Gou is a lot more difficult than chess because a chess player can think many moves ahead and almost certainly predict which figure would be captured. In gou, one cannot apply any kind of thinking moves ahead. In 2015, a major British company developed a special program named AlphaGo. It became a real break-through in the sphere of artificial intelligence because it was the first program which managed to win against a professional gou-player. It is important to stress that AlphaGo practically does not use specific gou algorithms and valuation functions. A human player at each step comes up with a hypothesis and, based on the accumulated previous experience, comes up with assumptions which options for the next move would be the most favorable, and after that, makes the forecast for the following outcome of the game. While only a few years ago computers were unable to come up with any sort of hypotheses and had to check out all possible variants (which, considering the endless number of possible moves, was virtually impossible), AlphaGo learned to play as people do and could compete with the most heavy hitters. At present, AlphaGo's successes are such that the program had a simultaneous match with sixty best gou players and won against all of them. 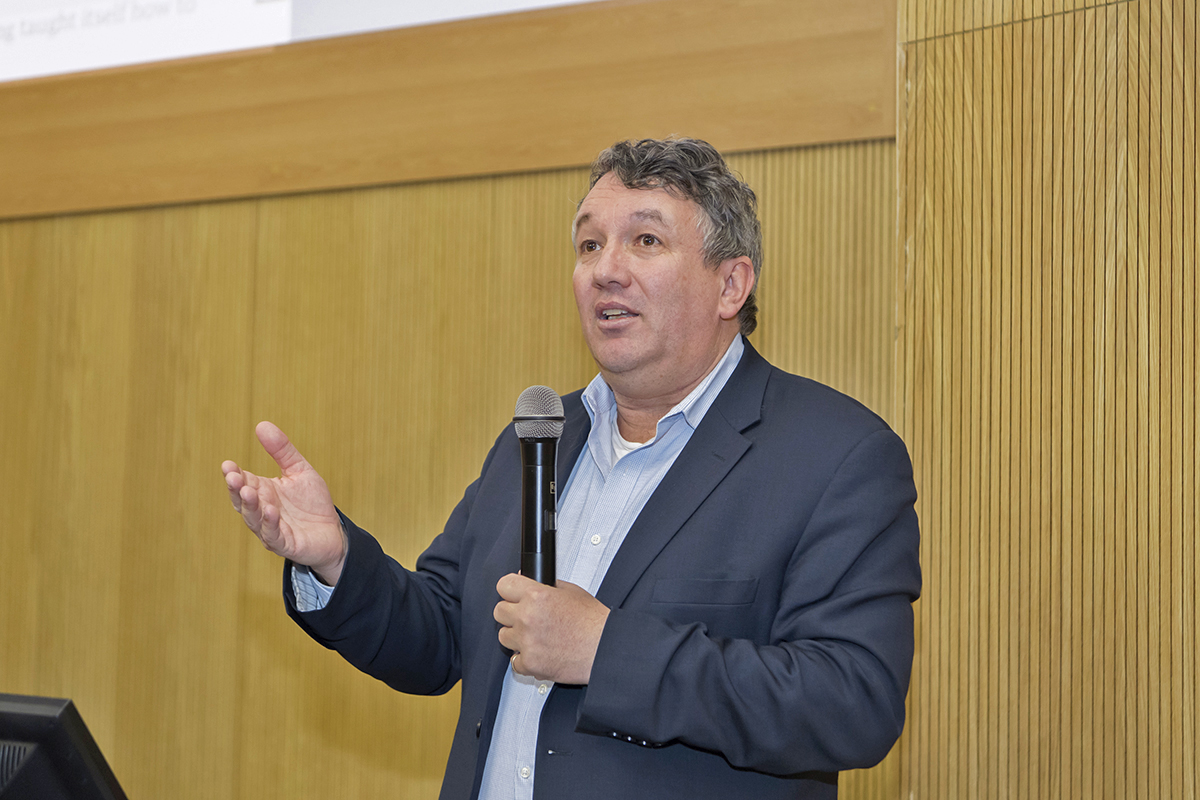 "Intelligence is the computing part of our ability to reach the goals in the world. At the moment, major organizations and companies participate in sponsoring researches in the sphere of artificial intelligence, and amounts of presently available data are hundreds times superior than in the previous decades. Artificial intelligence is engaged in many spheres of our life; besides the science, we can see it in education and health care; it is present in our cell phones," Mr. . Stephan De Spiegeleire commented. 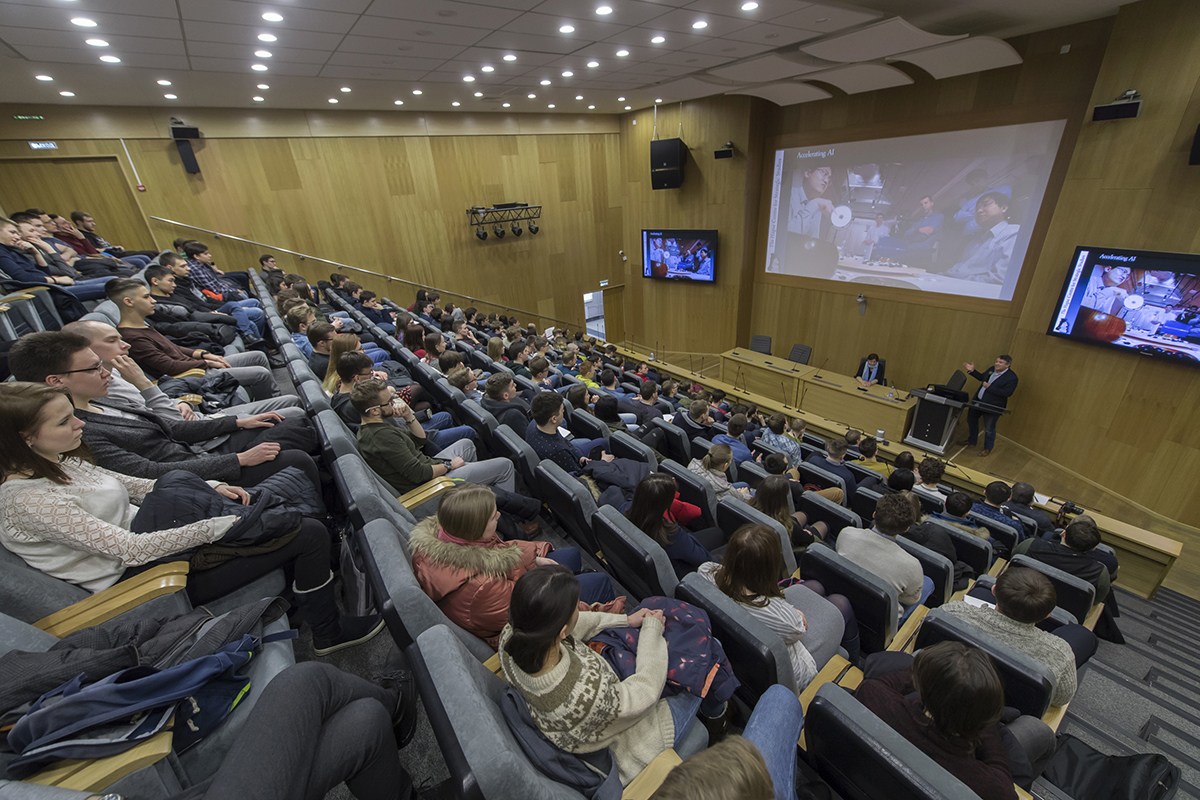 Despite that the lecture of the expert from the Center for Strategic Studies took place on a weekend eve, the big Conference Hall of the R&D Complex was packed. After the lecture, students came up to Mr. Spiegeleire with countless questions. Many of them remembered the science-fiction movies about the impact of artificial intelligence on the humanity; some brought as examples the soviet films Adventures of Electronic and The Guest from the Future, while others were interested in the possibilities for using artificial intelligence potentials in the newest research developments.

"My today's lecture did not touch difficult technical aspects. I tried to explain how our own intelligence had played a very important role in the evolution of the humanity. I was very pleased to see the students' interest in the matter. Today, cell phones are a clear indicator of the high or low interest of listeners, and I was glad to see that the majority had never touched their smart phones till the very end of the lecture, upon the completion of which I got a series of interesting and multilayer questions," Mr. Spiegeleire shared his impressions with representatives of the Polytechnic University international department. 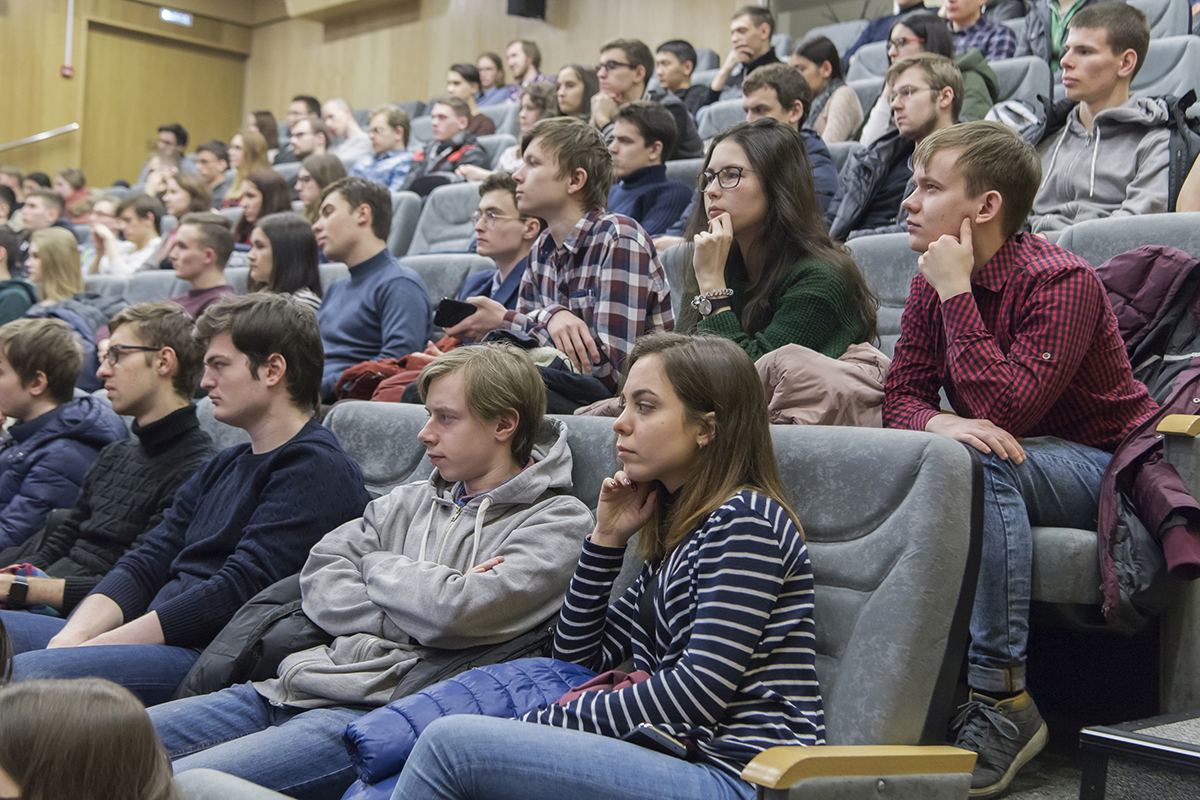 The visit of the expert of the Center for Strategic Studies was continued at the negotiations with the ICST Director V.S. ZABOROVSKY. In their discussion on the subjects of mutual interests, the parties touched the issues of researches in the sphere of robotics, laboratory facilities, and state-of-art quantum technology. Mr. Spiegeleire was quite impressed with the Polytechnic Super Computer Center and, in particular, the unique cooling technology and the hybrid supercomputer platform. In his turn, the ICST Director stressed that methods presently applied by SPbPU scholars bring breakthrough results.